SINCE 2016 everyone has wondered what lies beneath Billie’s layers. Admit it, you have.

Just what WAS she hiding under all that shapeless clobber? 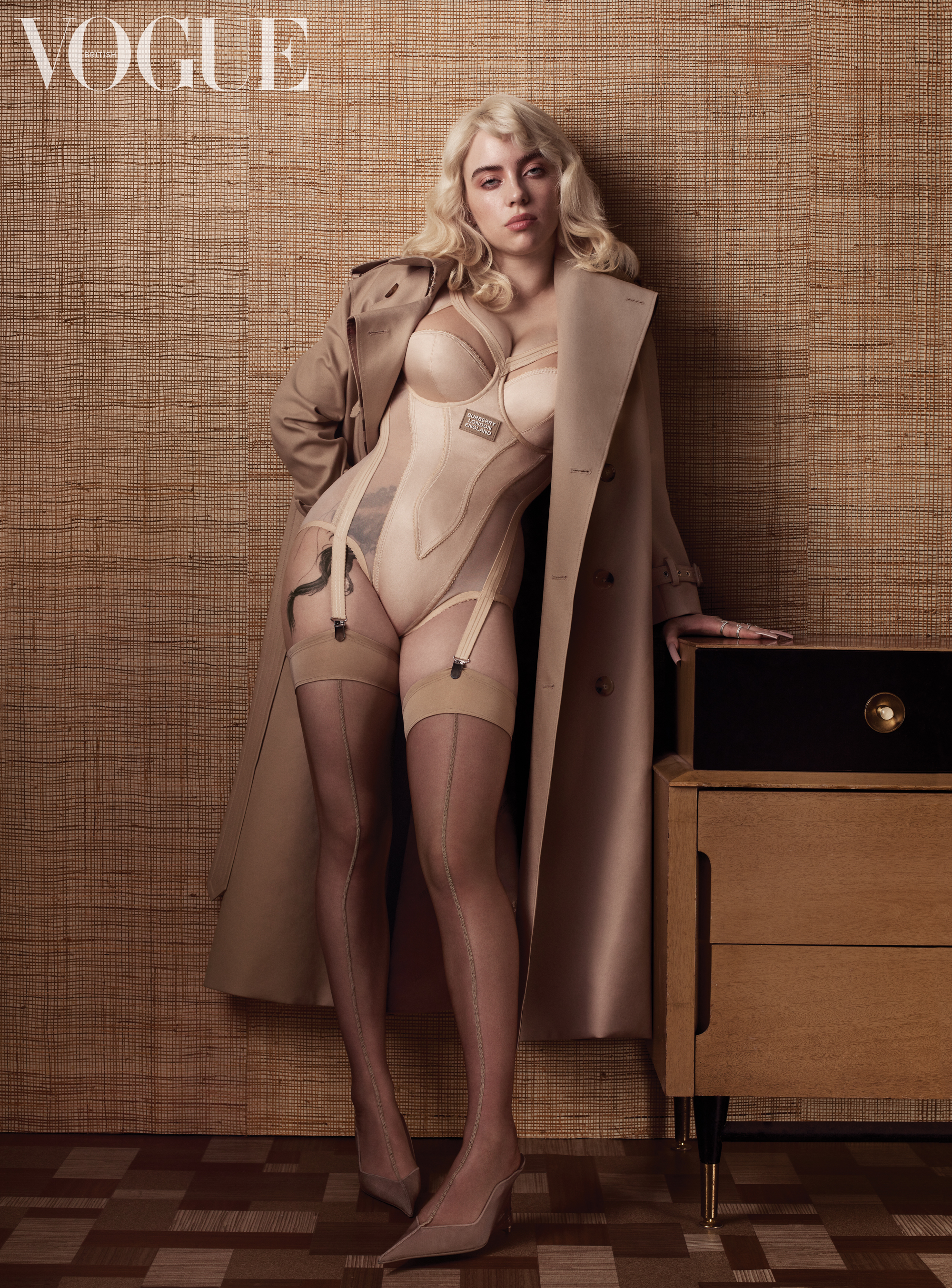 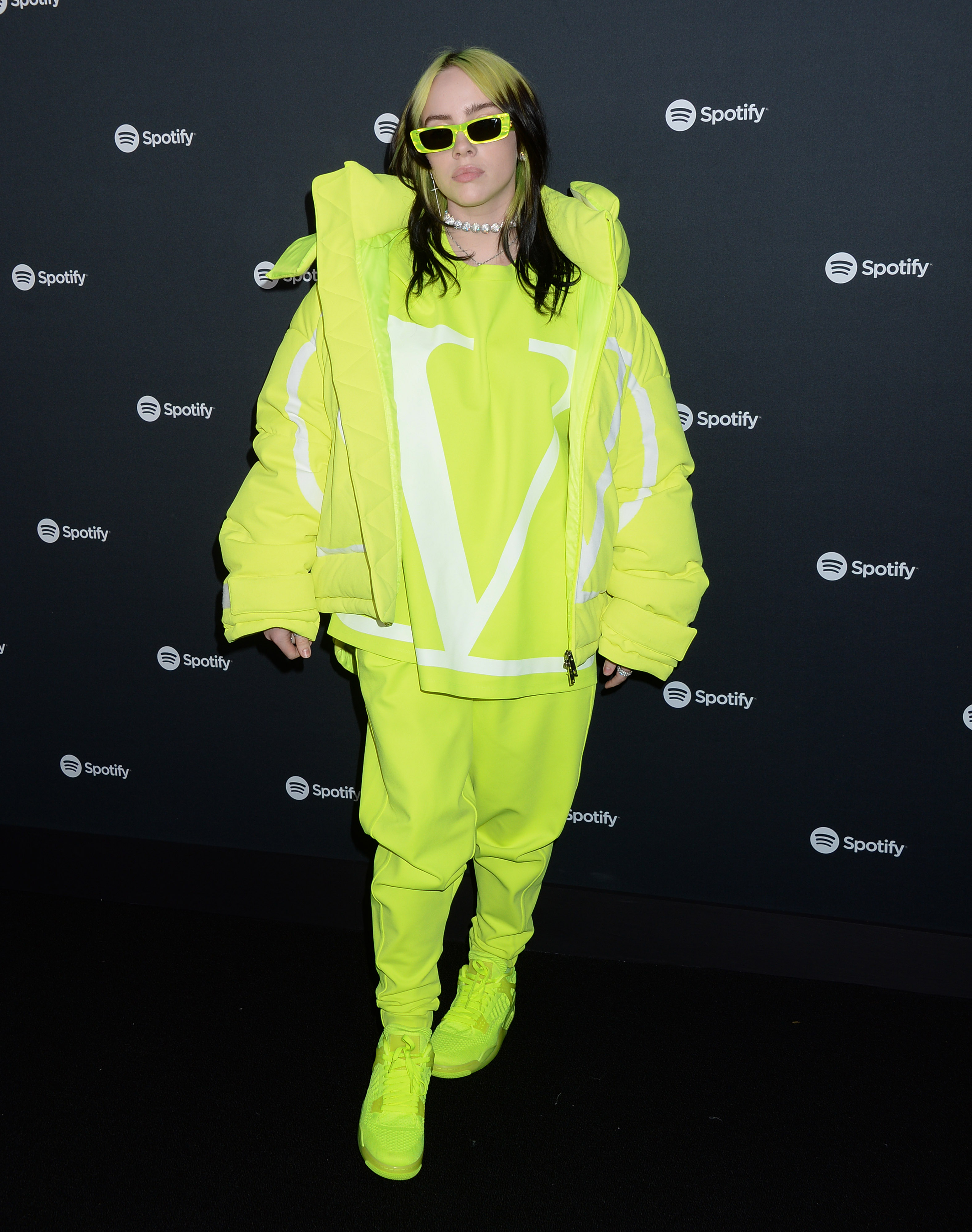 So, unsurprisingly, her shoot for next month’s British Vogue — which according to the fashion bible was “entirely her idea” — has caused quite the stir.

The singer transformed herself from tracksuit-wearing Kevin the teenager into a sexy swan.

Billie said she was channelling a “classic, old-timey pin-up” — and her mature new look was a hit.

On social media it harvested one million likes in just six minutes, matching her own previous record when she dyed her hair blonde in March. 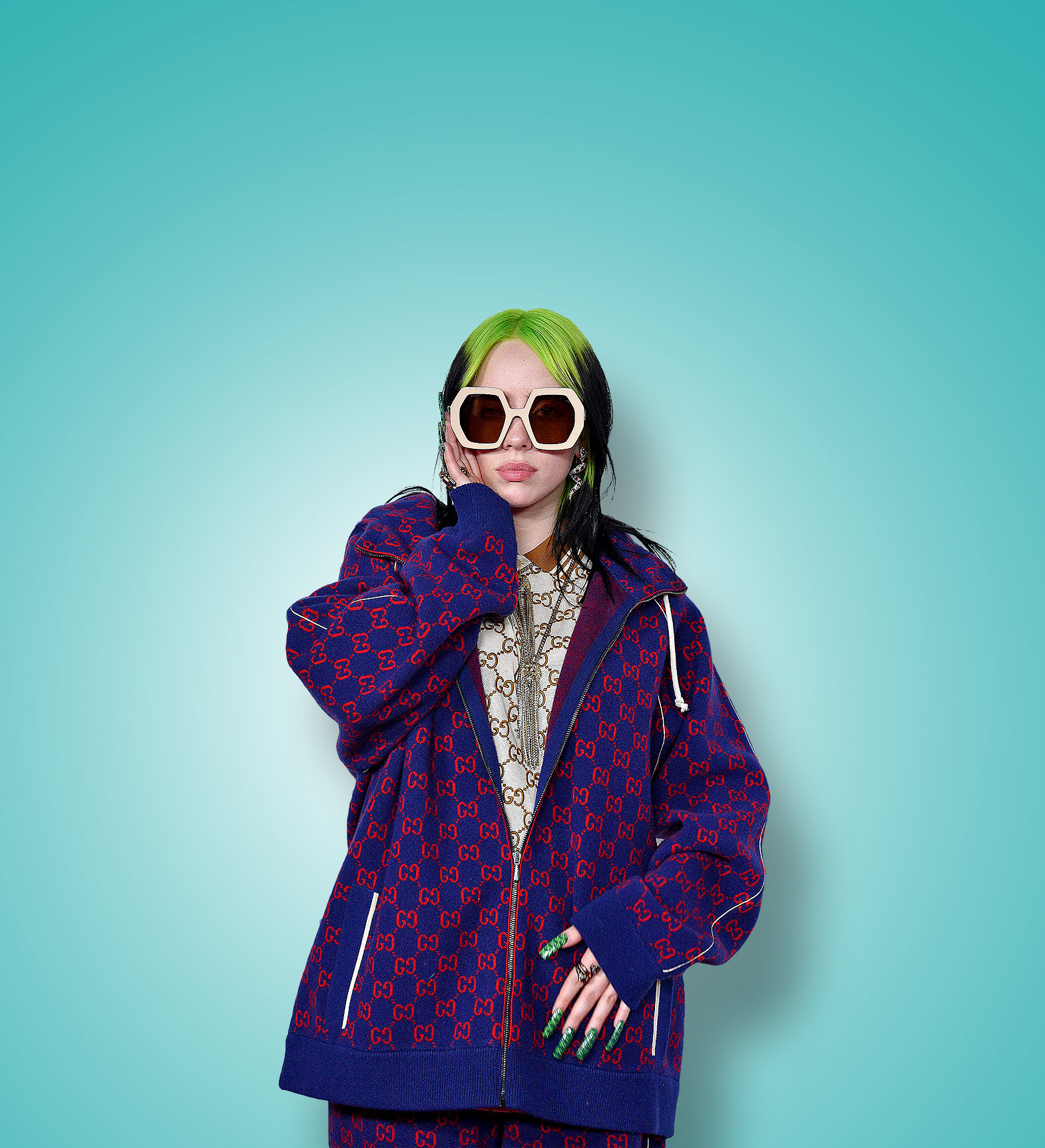 Yet some fans of the straight-talking Bad Guy singer immediately called her a “sell out” for swapping her “don’t give a f***” baggy look for a more eye-popping “look at me” racy bondage ensemble.

Their pop heroine is NOT SUPPOSED TO LOOK LIKE THAT, they bawled.

This, they hyperventilated, was the girl who, just two years ago in an advert for Calvin Klein declared: “Nobody can have an opinion because they haven’t seen what’s underneath. 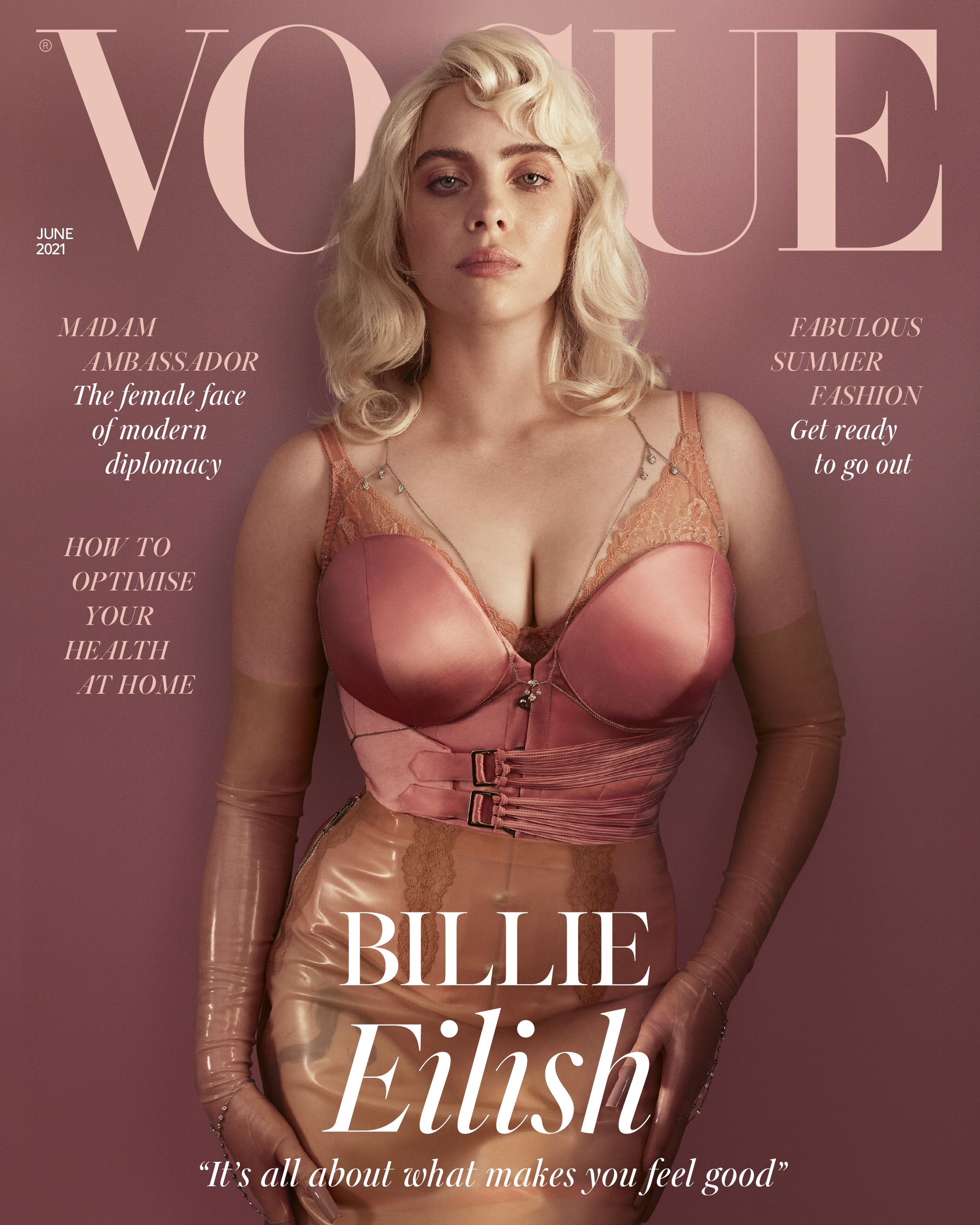 Well, two years is a long time in showbiz.

Now, at 19, she has the right to wear whatever she likes. And change her mind.

I mean, how many times have you changed your mind? Probably at least three times today just deciding what to have for lunch.

Want to wear a PVC corset? Sure, go for it, why the hell not? She looks incredible. 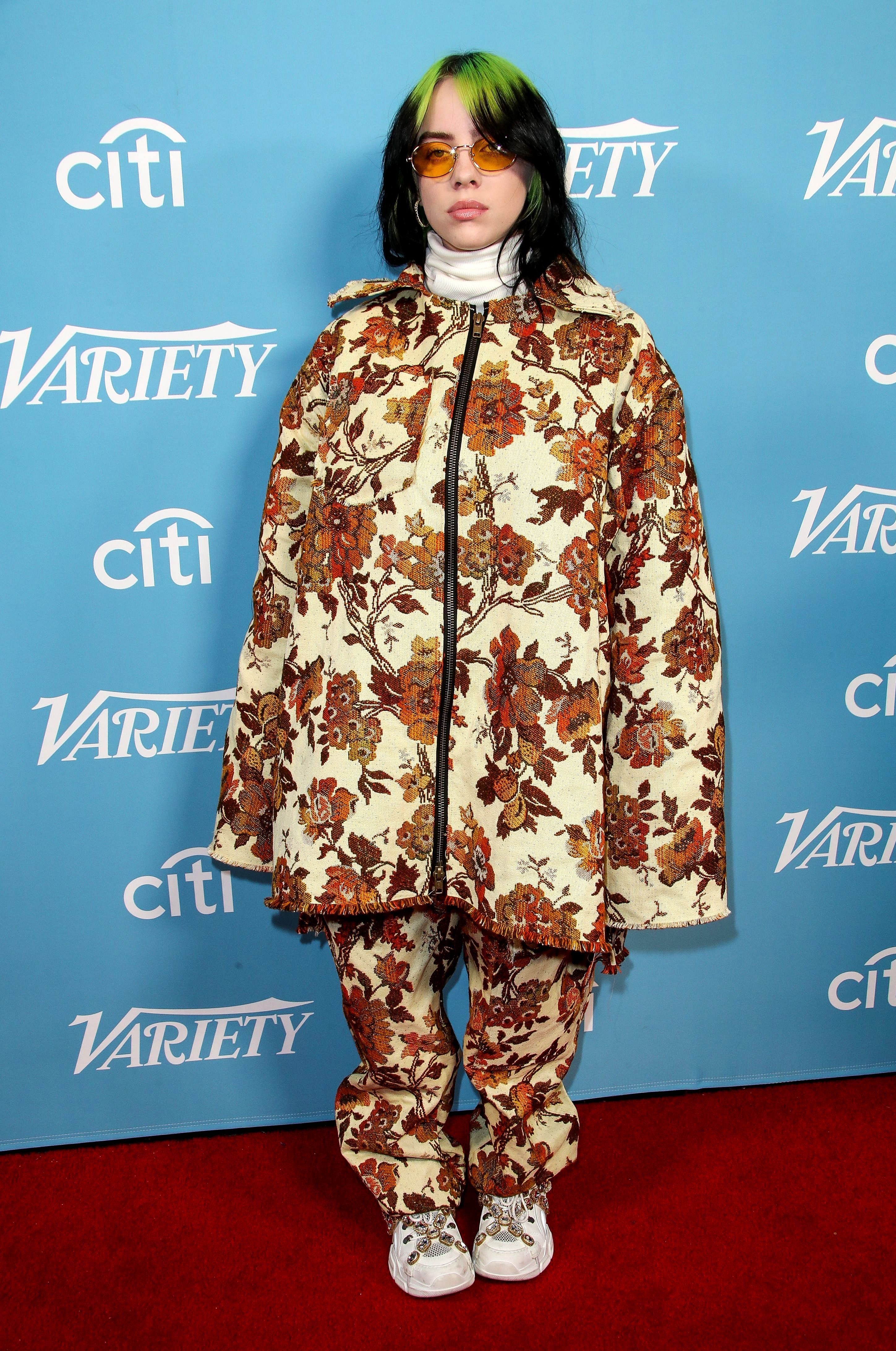 When Harry Styles wore a dress for his Vogue shoot his loyal followers didn’t stop listening to his music because it was different to his usual look, and Billie should be no different.

It doesn’t make you a worse or less successful musician. It makes you normal.

Not all women stay stuck in the same style rut they were in when they were a teenager, thankfully.

It’s a natural part of growing up, experimenting and expressing yourself through clothes. And she isn’t the first to do it. 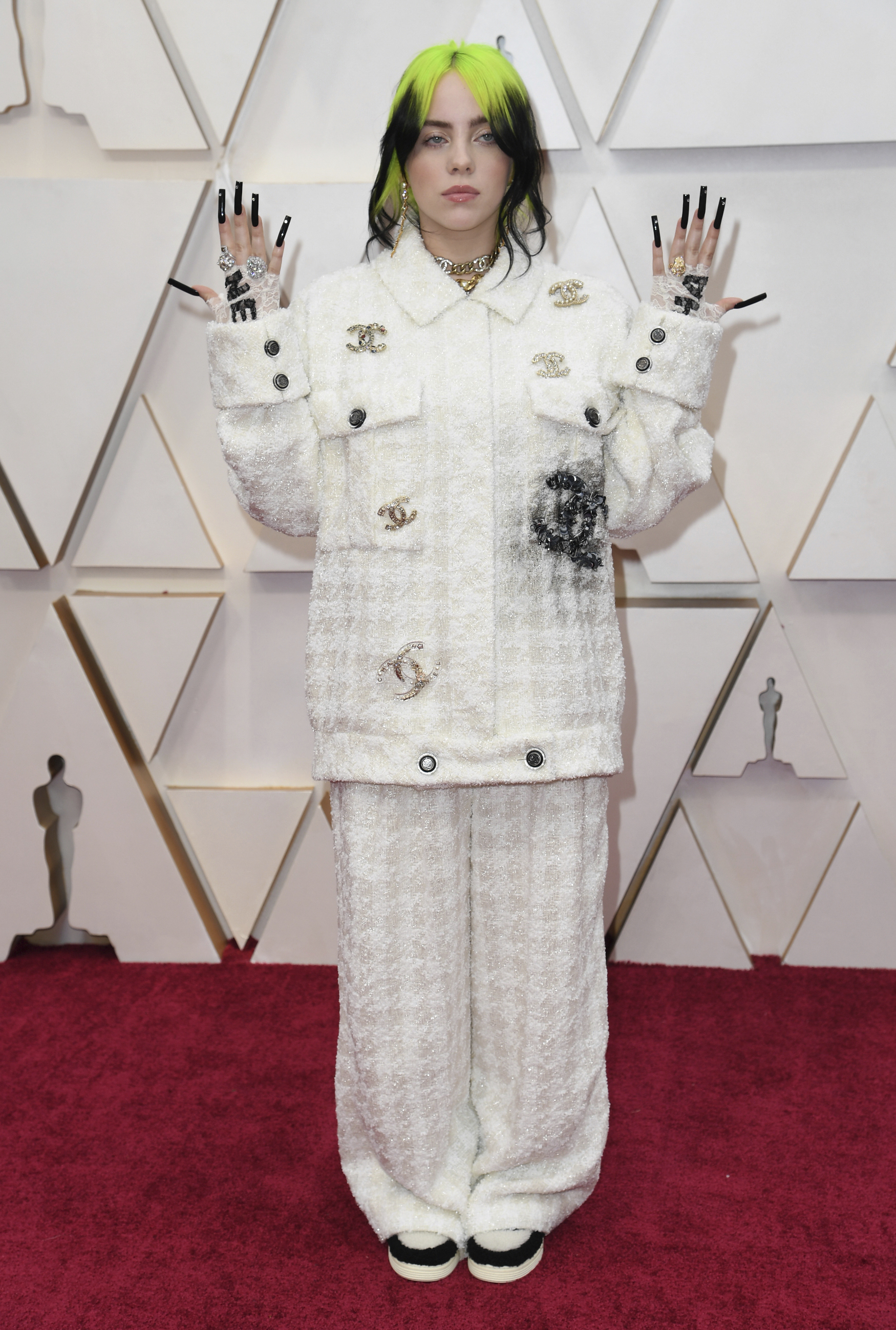 Let’s look at the other chart-topping icons. Madonna, Kylie, Cher, Beyonce — all aim to empower women and do it while wearing revealing or sexy clothes.

No one has an issue with them doing it, or when they did it.

Beyonce has been making hits since she was 16 and did it wearing mini dresses. She champions body positivity in her videos.

Similarly, body positivity has always been Billie’s thing, keeping her figure under wraps so that the world wouldn’t judge her for prancing around on stage in a bodysuit. Fair enough. 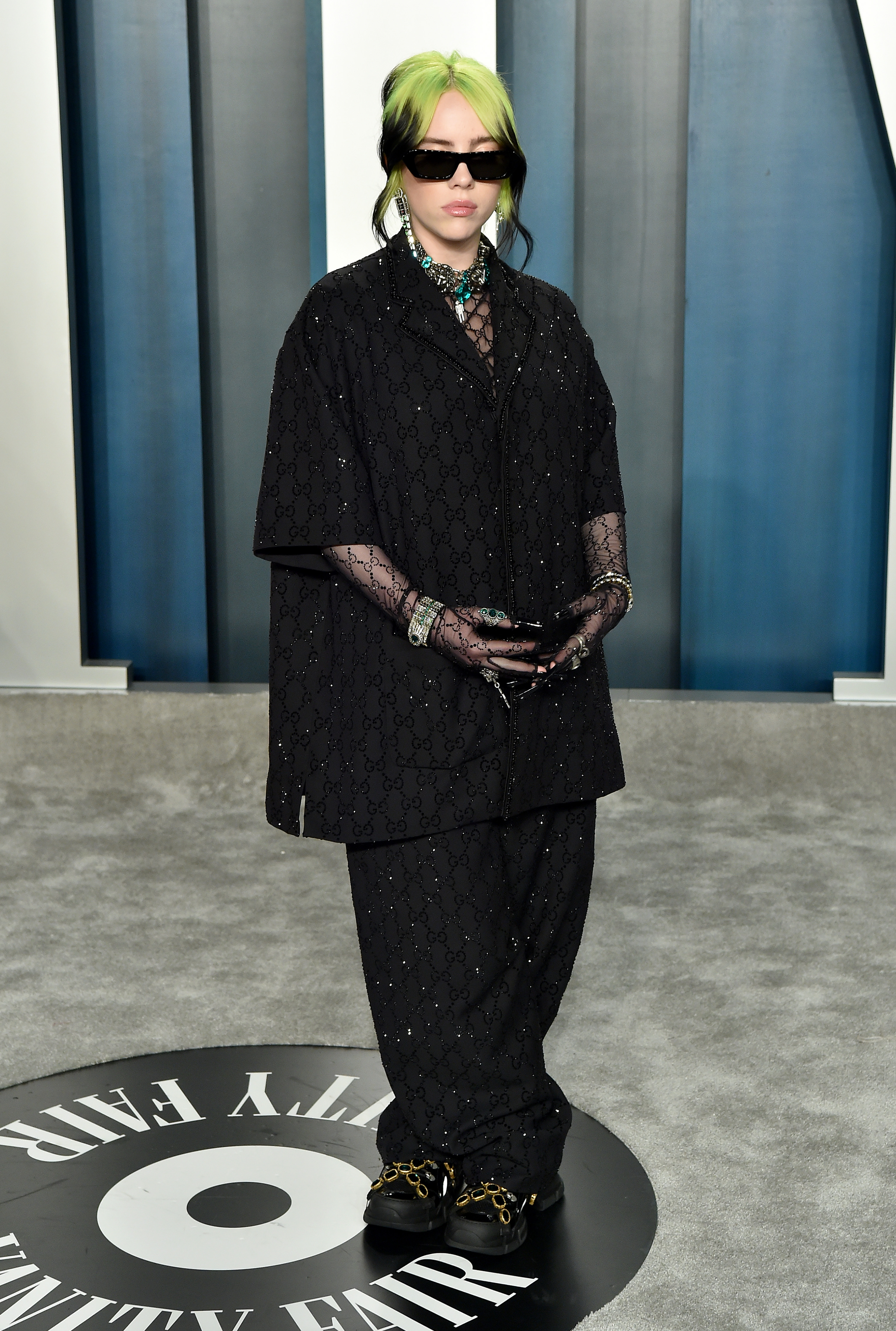 But if her message is to promote a positive attitude towards the female form, why should she be judged for celebrating or deciding to show off hers? And to do it with an iconic institution like Vogue?

Find me a woman who would turn down the opportunity to create beautiful pictures with the best photographers, stylists and fashion gurus in the world. You won’t.

IF there was ever a young female pop star who was a positive role model for girls, it was Billie Eilish.

Teenage fans looked up to her for literally giving the finger to the idea female bodies were public property to be ogled and judged.

With her hoodies and baggy skater pants she was a welcome antidote to the comparison culture on social media that makes young girls feel they are never thin or pretty enough.

There could have been so many more original ways for Billie to signal she was feeling more grown-up. But no. She chose a wardrobe that reads like a wish list for dirty old men: Stockings and suspenders, the corset, silk push-up bra, latex gloves.

This look isn’t empowering or new.

It’s conforming to every corny old expectation of how a woman should look to please men sexually.

In the interview, Billie says she can dress how she likes. But her choices aren’t as liberated as she’d like to make out.

On why she chose a corset, Billie replies: “I hate my stomach.”

Her tummy is perfectly normal. Billie says she wanted to feel more feminine.

What message does that send? It’s that you’re not really a grown-up until you’ve trussed yourself up.

By telling our daughters this is how to dress to feel “more like a woman”, you sell them short.

Related posts:
May 4, 2021 Beauty and Fashion Comments Off on Does Billie Eilish's new Vogue look make her a sell out or is she moving on from her teenage style rut?
Celebrity News:
Adele’s dad made ‘a few attempts to make things right’ with star before he died of cancer
Monty Don shares Gardeners’ World filming struggle with video of his unhappy dogs
Caitlyn Jenner Claims Her Kids Were ‘Scared’ For Her When She Revealed Her Bid For California Governor
The young mum-to-be treated like a criminal for having a dying foetus
Ivanka Trump Hits Her Son, 5, In The Face With A Surfboard During Private Mother’s Day Lesson — Pics
Recent Posts