WITH salons forced to close during lockdown, some of us tried to give ourselves DIY hair-overs that resulted in many a botched bleached job or dodgy trim.

Luckily for one woman, her hair stylist was able to correct her streaky dye job – but not before reaching for the scissors – after she attempted to bleach her blonde hair herself 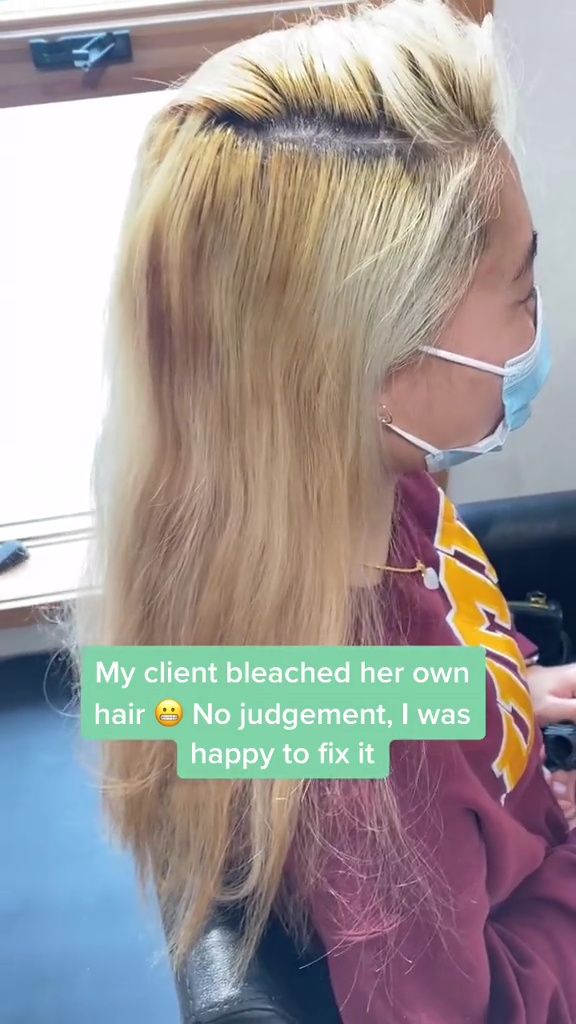 TikTok user Paint Salon Seattle shared a video of a client who ended up with an uneven colour all over from her home dye, with her hair looking orange in parts.

"My client bleached her own hair," the stylist revealed, adding: "No judgement. I was happy to fix it."

First up, they were forced to trim the ends for a healthier finish, as they had become dry and were beginning to break, with the stylist reaching for the scissors to give the client a slight chop.

Calling it a "hair rescue mission", the stylist shared that they then added back-to-back lowlights, with a few highlights and toner for an even blonde finish. 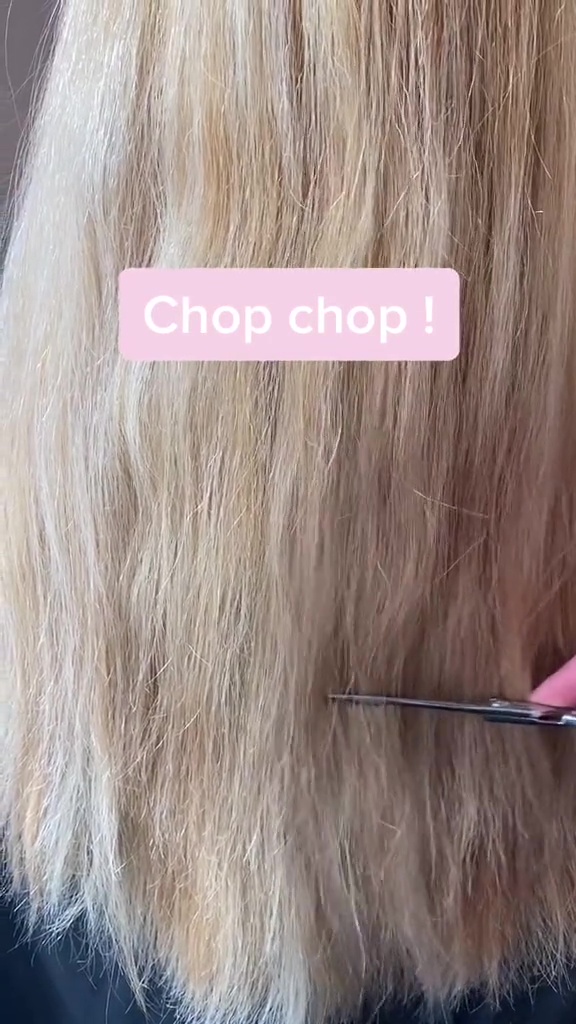 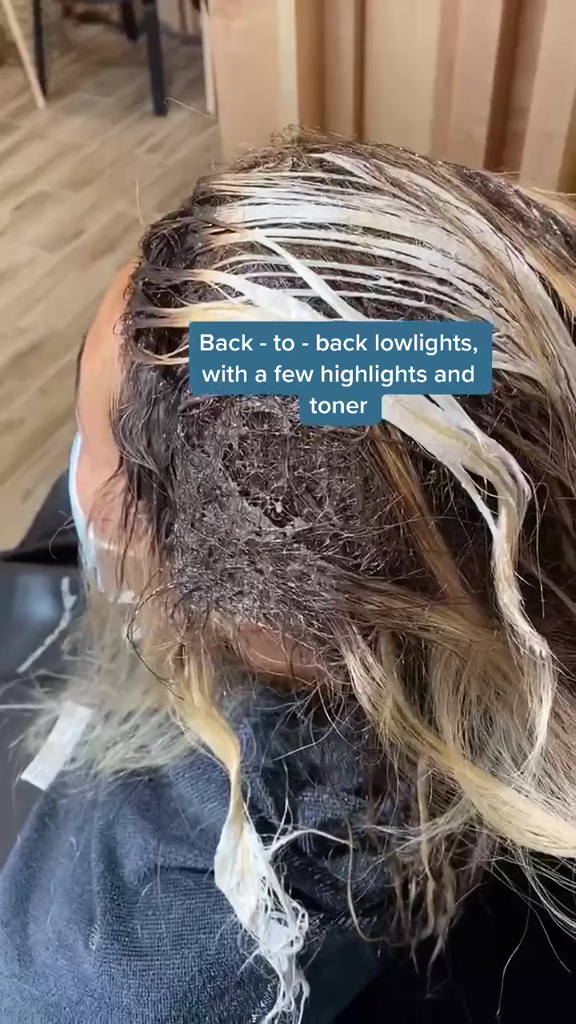 The toner helped to get rid of any orange hues and the woman was left with a low-maintenance blended blonde look that was easy to manage, given her naturally dark hair.

People watching the hair transformation had questioned how bad the DIY dye job was from the stylist's initial video, prompting them to share more 'before' pictures of the woman's hair.

The stylist commented: "Def not the worst DIY hair I've seen, but it had a lot of room for improvement." 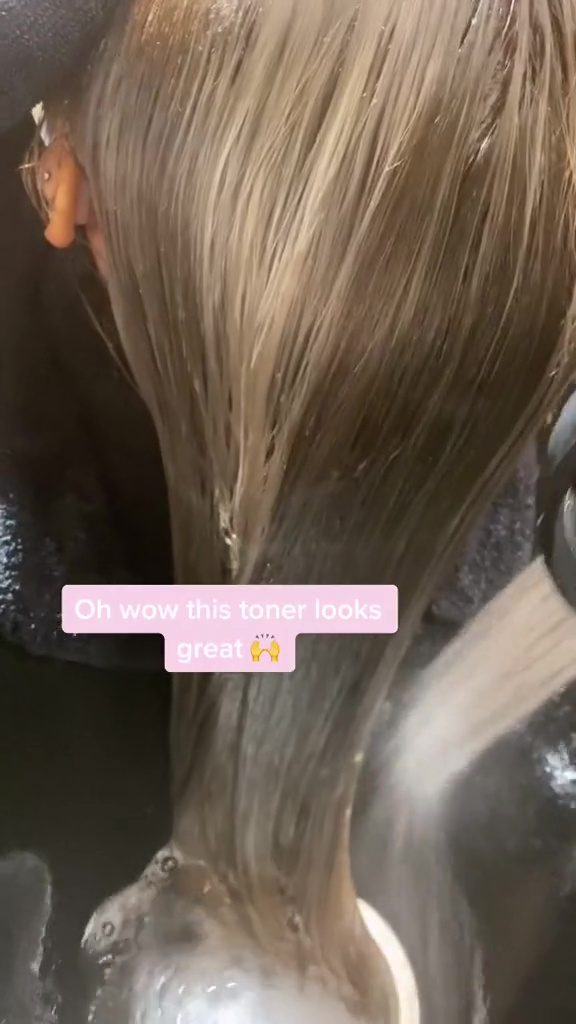 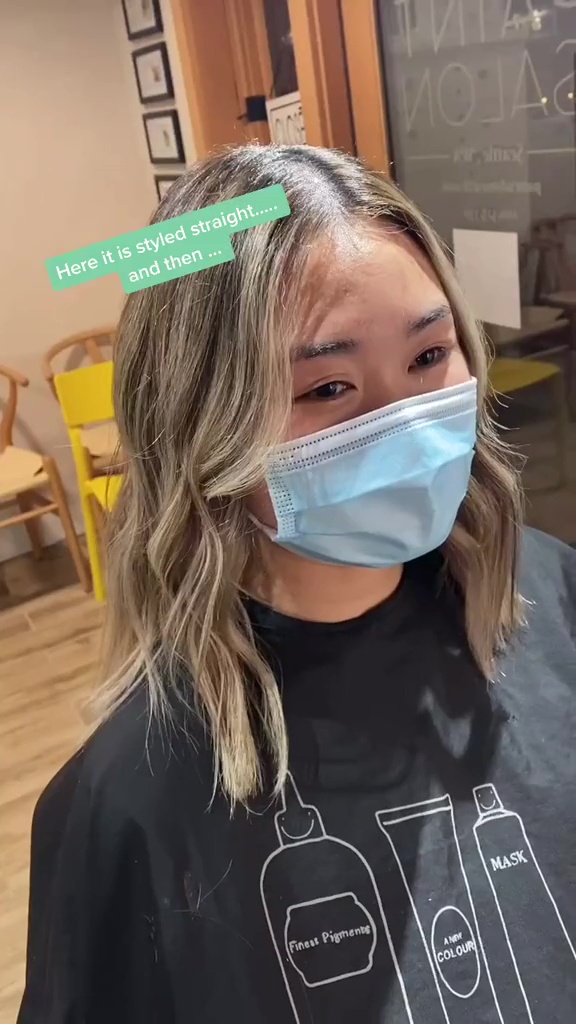 They were hit with a few comments from people claiming they preferred the woman's hair before the colour correction, but others praised the "great job" the stylist had done "fixing" it.

Addressing the finished look, one person revealed they weren't a fan of the toned down blonde colour.

They posted: "Tbh. If it were me who had that hair colour. I'd be a devastated Karen. Well I won't throw a fit though." 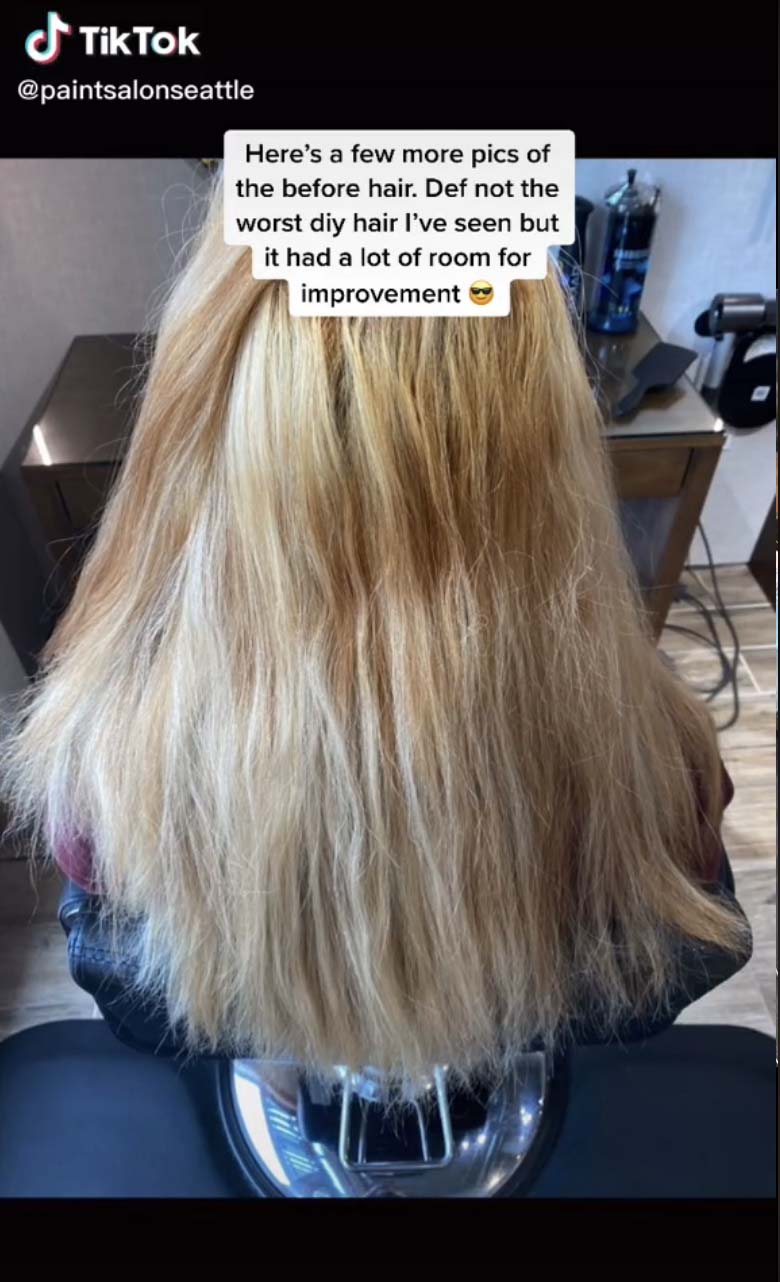 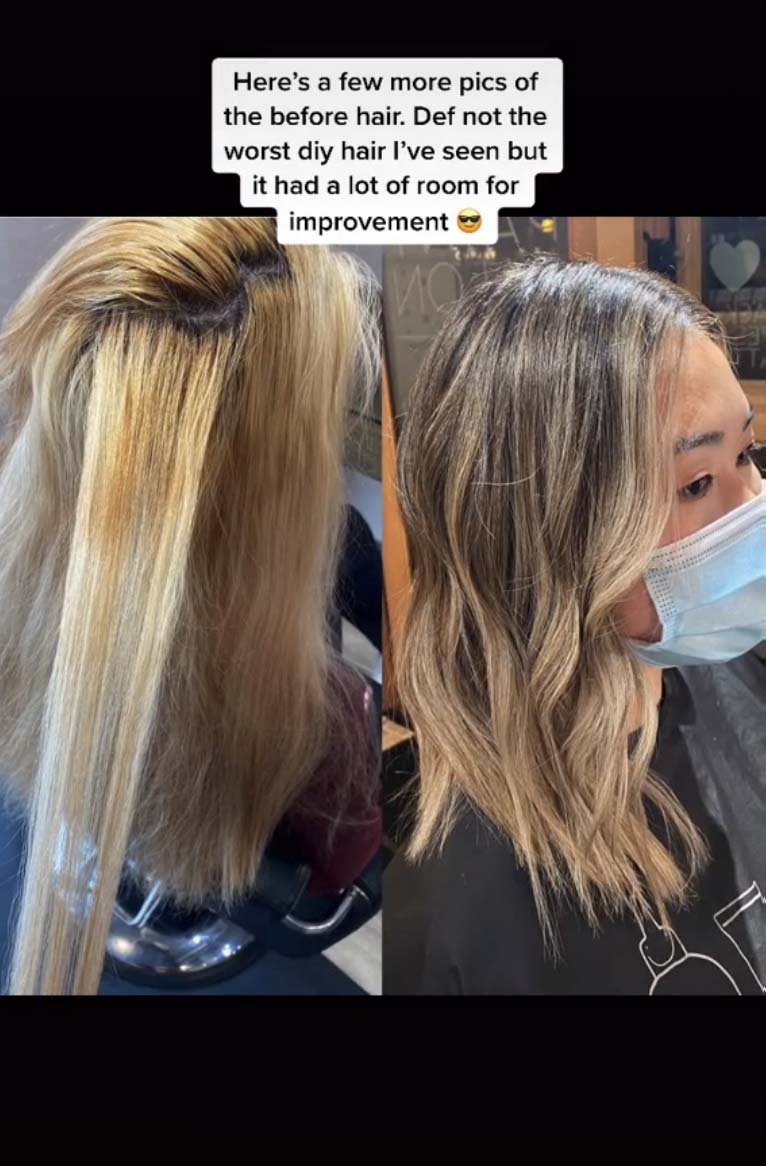 "I don't get how people are saying it's better before, much better now," one person commented.

Another said: "Anyone else picking up a slight green tone. I honestly thought it looked better before."

Plenty more were in agreement that the stylist had done a "great" job, with one person sharing: 'It's definitely better now."

A fifth wrote: "Looks much better!! Some people don't understand how complicated colour corrections can be."

A sixth person added: "This looks so good and honestly all the people hating probably have no idea how major of a change this was and how much work it is. Looks beautiful."

Plus, check out this woman claims her hairdresser left her with a horrific dye fail that looked nothing like she had asked for.

And one beauty fan warns people should never skip a patch test as her eyebrows FELL OFF after she dyed them at home.

Related posts:
June 21, 2021 Beauty and Fashion Comments Off on Hair stylist fixes woman’s streaky colour after botched home bleach job – but the scissors had to come out
Celebrity News:
What Is Offset's Real Name?
How Did Courteney Cox Meet Boyfriend Johnny McDaid? What Is Their Age Difference?
It Was Love at First Sight When Track Athletes Tara Davis and Hunter Woodhall Met at Age 16
Scooter Braun Officially Files For Divorce From Yael Cohen – & Already Has A Prenup In Place!
OMG! Prince William Is Also Writing a Book After Harry's Memoir News
Recent Posts