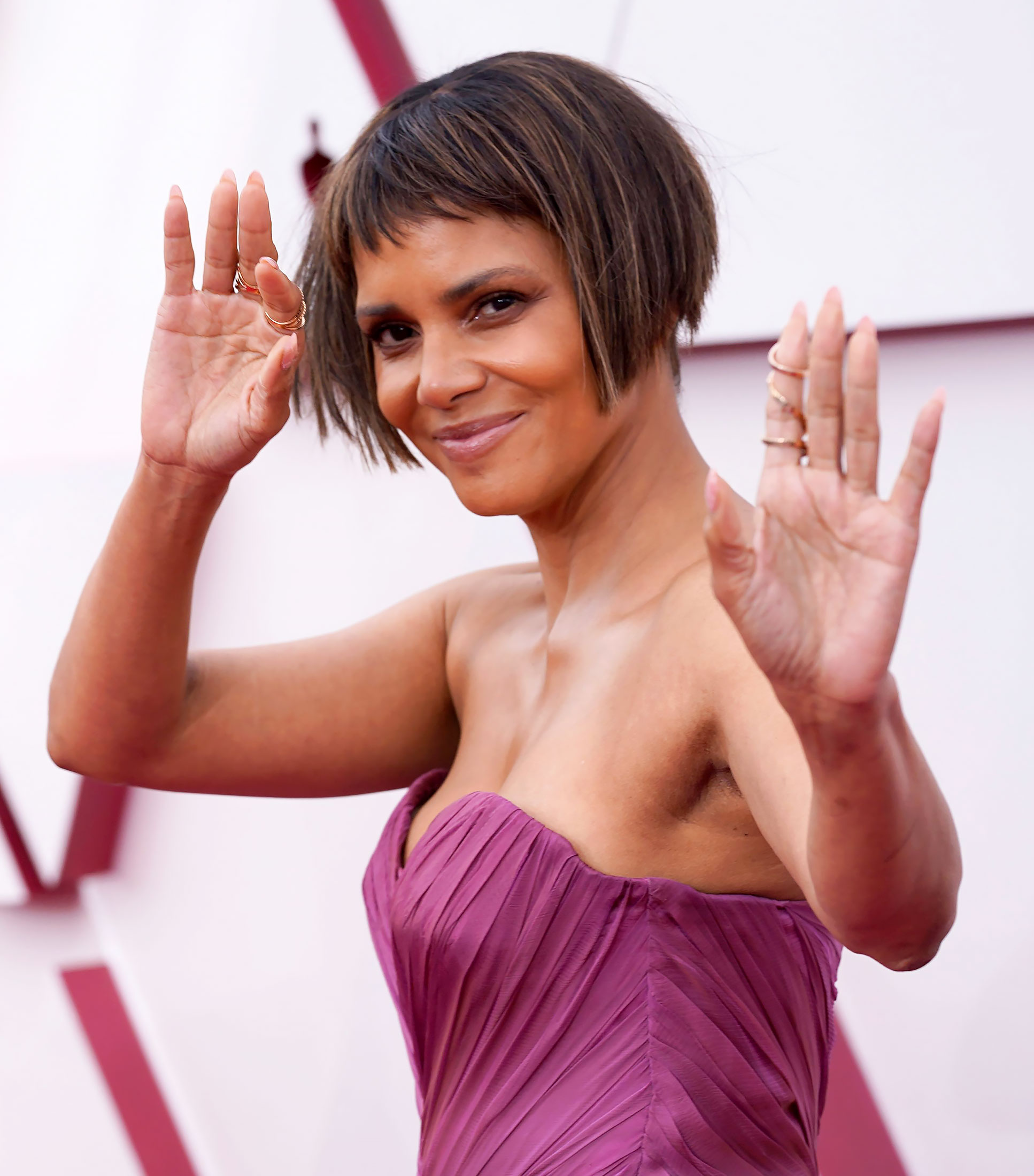 Jokes on Us! Halle Berry stirred up quite a bit of not-so-favorable commentary after showing up to the 2021 Oscars with a crazy short bob and baby bangs.

See What the Stars Wore to the Oscars Red Carpet

While she let the tweets and memes swirl around social media for a while after the April 25 show, the 54-year-old actress shut down the haters once and for all by sharing a picture of her long locks in all their bang-free glory on Saturday, May 1, via Instagram.

“Oscar bob … just kidding,” she captioned the sunlit selfie, adding a laughing-crying emoji. It appears that Berry’s Academy Awards ‘do was all courtesy of some expert hair artistry and a really, really good wig. 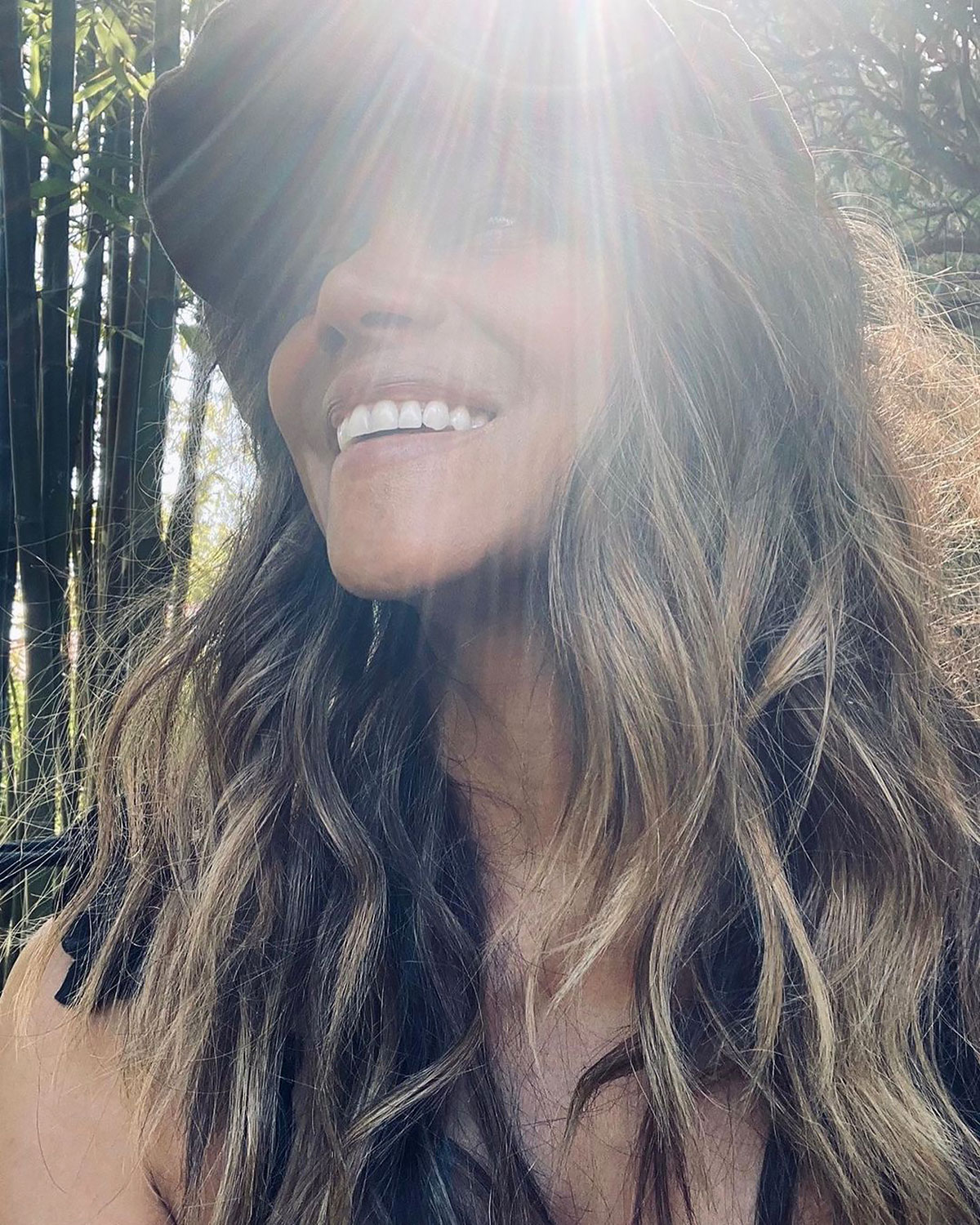 Fans were shook to say the least, as they charged the comments section to share their wide range of emotions.

Many thanked the hair heavens that the bob was all ruse, clearly preferring Berry’s longer style. “Thank you cause they had my auntie looking like Lord Farquard from Shrek,” one person wrote. Another chimed in: “Don’t ever do that again.”

Stars Wore More Than 370 Carats of Diamonds to the Oscars: See Every Piece

A few fans even said they called the hoax from the get-go, pointing out that the “bangs were too short” for the look to be real.

Still, some didn’t stand with the haters — they actually loved the choppy look on the Catwomen actress. “F—k them you rocked that bob and I think you looked great,” wrote a fan. Someone else added: “Almost made me cut my hair!”

The 10 Hottest Hunks at the Oscars

While Berry finally revealed the truth behind her Oscars glam, the star did play into the joke for quite some time. Two days after the awards show, she even poked some fun at herself by retweeting one of the many memes made about her hairstyle. She captioned her post with a frowning and laughing emoji.

Berry’s hair may have been a controversial topic, but her makeup left little room for criticism — it was the perfect soft glam! Makeup artist Jorge Monroy used a kit of Clinique products to nail Berry’s smoky eye, flawless complexion and lit-from-within glow.

The brown tones played nicely with Berry’s statement-making Dolce & Gabbana gown. The strapless purple dress featured a sweetheart neckline and big bow at the waist. The Kidnap star accessorized her look with Louboutin heels and an assortment of Ridano rings.

Related posts:
May 3, 2021 Beauty and Fashion Comments Off on Halle Berry’s Uber-Short Oscars Bob Was Fake: ‘Just Kidding’
Celebrity News:
Monty Don shares Gardeners’ World filming struggle with video of his unhappy dogs
Caitlyn Jenner Claims Her Kids Were ‘Scared’ For Her When She Revealed Her Bid For California Governor
The young mum-to-be treated like a criminal for having a dying foetus
Ivanka Trump Hits Her Son, 5, In The Face With A Surfboard During Private Mother’s Day Lesson — Pics
Michael B. Jordan Reveals His Plan For Having Kids Amid Lori Harvey Romance — Watch
Recent Posts