WHEN Justine Woosnam was kidnapped on an evening stroll, she knew she had to escape – fearing being raped by her attacker. 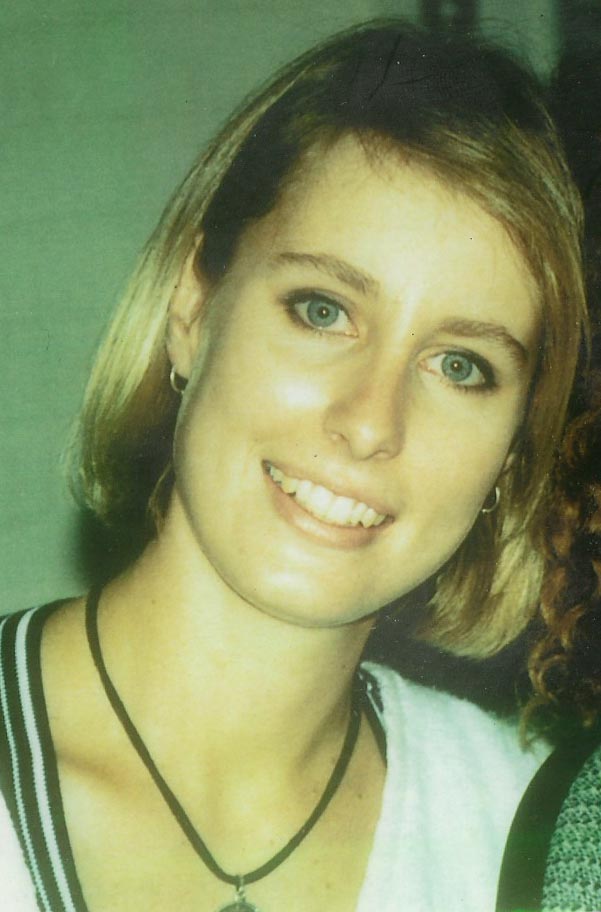 Grazed and bruised, after being rescued she realised she had somehow ended up with her attacker's ring – evidence which was used to jail him for sexual assault and a murder he committed before her attack.

Here, speaking exclusively to Fabulous, Justine reveals how she helped to snare a killer…

Putting down my paint brush, I stepped away from the easel. "That’s enough for the day," I thought.

Then a graphic designer, I worked from home, painting T-shirt designs. I lived by Melros Beach in Perth, Australia, and decided to go for a walkto clear my head.

It was a nice October afternoon, 21 years ago. At around 5pm, I crossed the car park by the beach.

A huge scruffy guy in a flannel shirt was leaning against a green Mitsubishi Sigma, one of only two cars in the car park.

He was wearing sunglasses, had a mullet and was smoking. Something about him unnerved me. 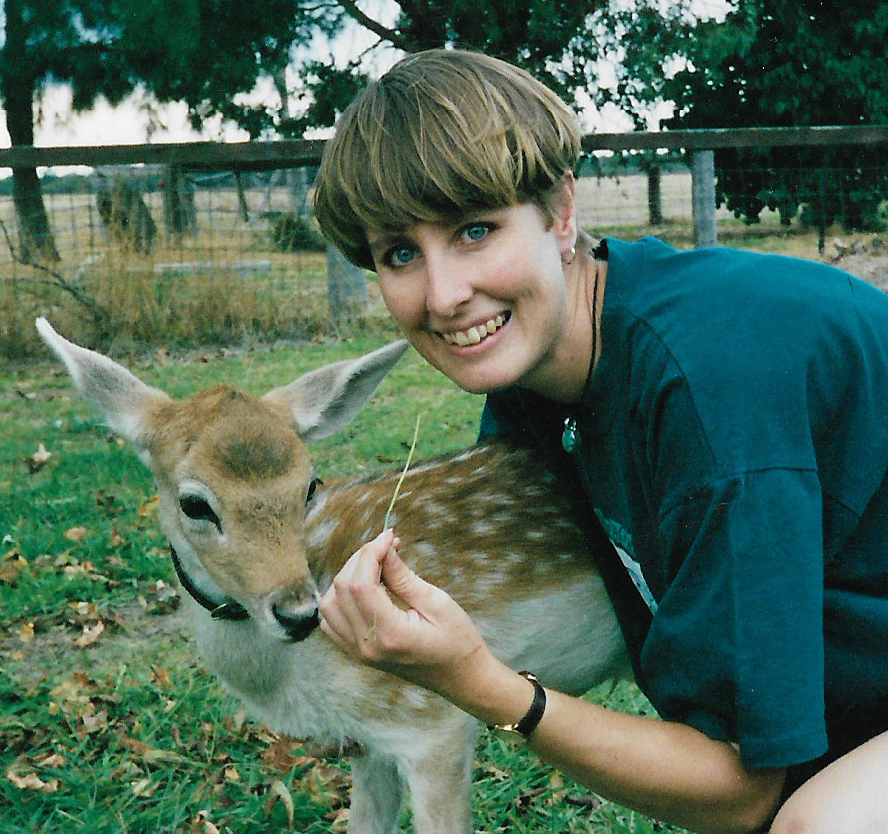 Instead of walking past him like I usually would, I took a detour left, following a path over the dunes.

As I walked along the path, he suddenly appeared out of nowhere in front of me, blocking my way.

“You scared me!” I laughed nervously. Instead of stepping aside, he grabbed me by the throat and began punching me in the face.

My head snapped back and my sunglasses flew off. Then he grabbed my top and ripped it away, with my bra.

"He’s going to rape me," I thought in horror.

I was still reeling from the blows when he gripped my wrists and began dragging me back towards the car park.

Digging my heels into the sand, I tried to pull my hands free.

Then in my late twenties, I was a horse rider, fit and strong. But I stood no chance against this monster.

He grabbed my top and ripped it away, with my bra. 'He’s going to rape me,' I thought in horror.

He was massive, well over 6ft and probably weighed at least twice my nine-and-half-stone.

His large hands crushed my fingers as I tried to wriggled my hands out of his grip.

His voice dripped with hatred and contempt. I thought he was going to kill me.

“Can I just go and get my sunglasses?” I begged, desperately trying to buy time.

“No, get in the f***ing car,” he snapped, shoving me in the passenger seat. He locked the door and then climbed in himself.

As we tore out of the car park, he gripped the waist band of my shorts so I couldn’t escape.

Every instinct told me I was in a fight for my life and I had to do everything I could to escape. 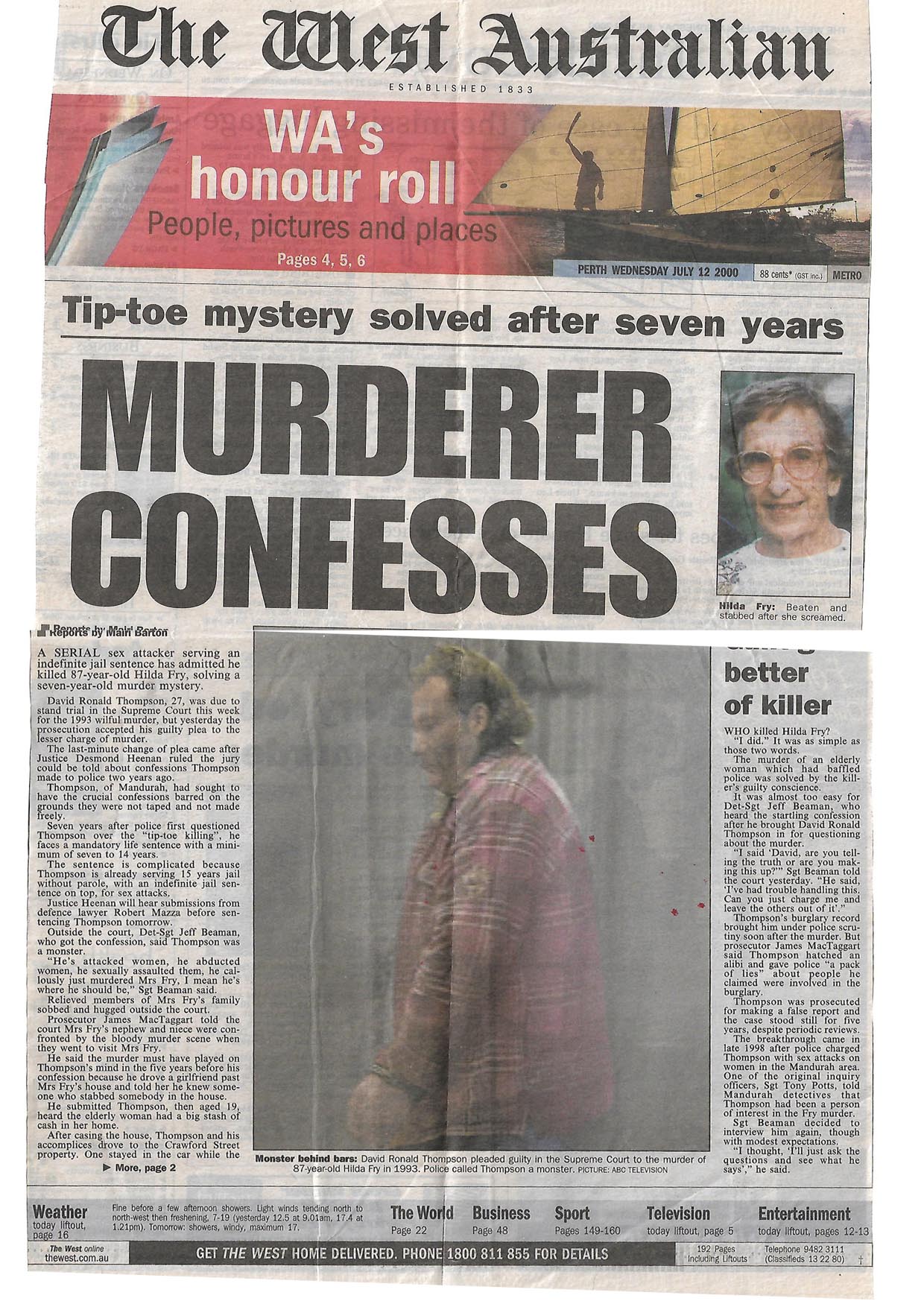 Frantically, I managed to unlock my door as we pulled out onto the main road, leading away from the beach.

Realising what I’d done, my attacker wrapped his left arm round my neck and held me in a crushing head lock.

Then, for a split second, he released his grip to change gear. I knew this was my only chance.

We were going 45mph, but I threw open the door and launched myself out of the car.

I wasn’t worried about being injured. The alternative was much worse.

As I was describing what had happened to a detective, I looked down at my trembling hands and recoiled. I was wearing his ring

As I hit the road, I rolled. But when I looked up, I saw the brake lights as his car slammed to a halt.

"He’s coming back for me," I thought in terror.

Leaping to my feet, I sprinted to the nearest house. “Help!” I screamed, hammering against the door.

But nobody was home. I was surrounded by holiday homes and it was off-season.

My heart felt like it was beating out of my chest. Suddenly, a white pick up truck came down the road. I ran out in front of it.

“Help me!” I screamed. “I’ve just been attacked.” Two women got out. "Come with us", they said, ushering me into the van, where a man was driving.

Topless, smothered in blood, gravel rash and bruises, I looked a state.

They took me to a nearby house and called the police. I was still shaking when the officers arrived.

As I was describing what had happened to a detective, I looked down at my trembling hands and recoiled.

I was wearing a woven silver band on the middle finger of my right hand. “I’ve got his ring!” I gasped.

Incredibly, as I’d tried to escape the clamp he had on my wrist and hands, the ring must have slipped off his finger onto mine. The detective was delighted. 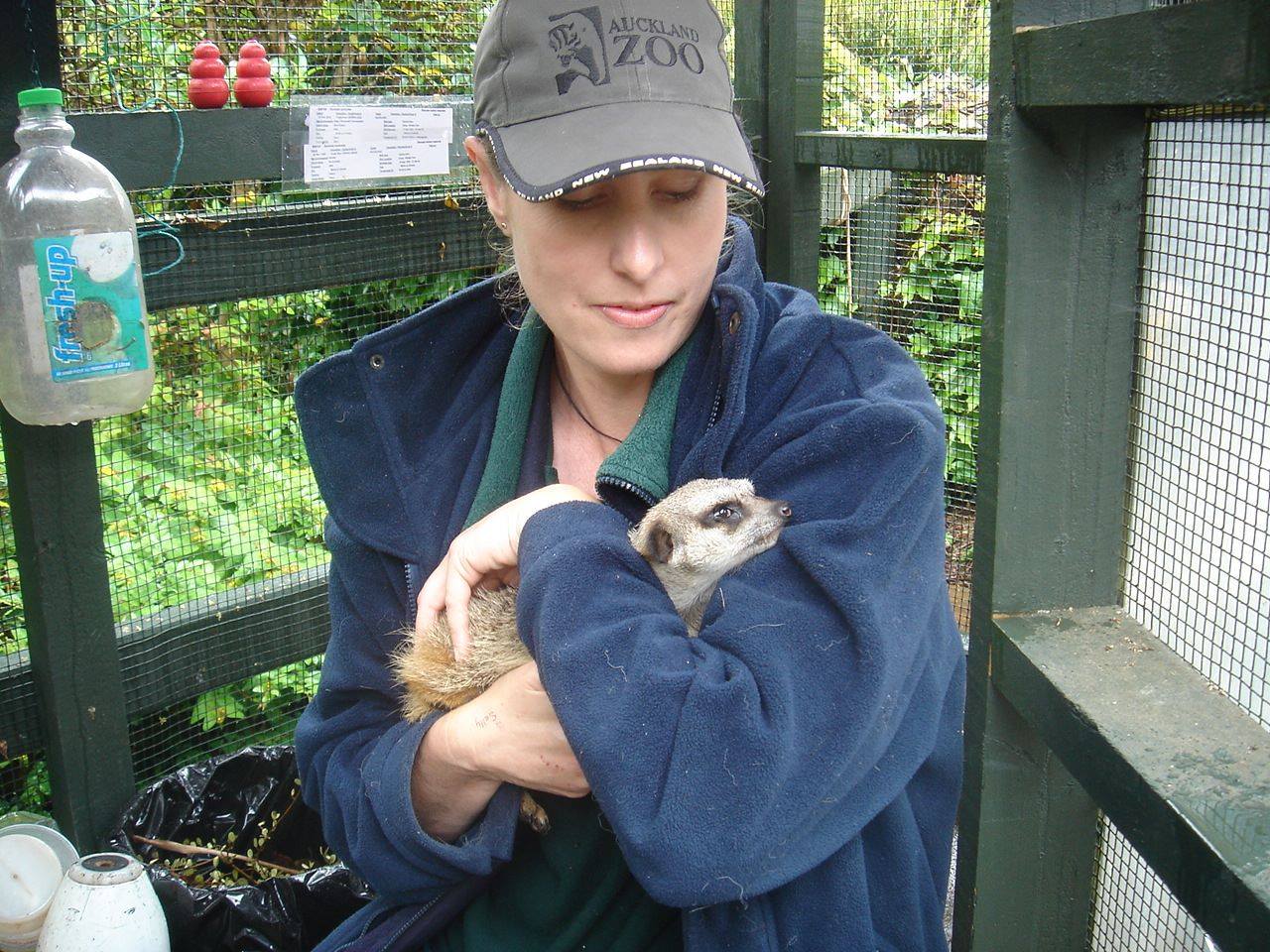 I was taken to hospital and gave a full statement there. The police kept going over how I’d escaped.

I don’t think they could believe I’d actually thrown myself from a moving car.

My mum Jeanette and sister Ingrid turned up at the hospital, in tears.

“Did he rape you?” Ingrid shuddered. “No, I got away,” I said. I still couldn’t believe how close it had come.

Thanks to the ring, the police arrested a man in his twenties called David Ronald Thompson.

He was known to the police and they had a photo of him wearing the silver band. They said he’d attacked other women, too.

I went to his hearing the following year. He was pleading guilty to a series of assaults.

“I want to look him in the eye so he knows I’m not scared,” I told my mum.

I was shaken. It made me realise just what he’d been capable of and that I didn’t just escape being raped, I might have escaped being murdered

In court, Thompson didn’t look half as intimidating. I stared at him and he briefly looked up, before turning away.

He’d assaulted three women and a 13-year-old girl. “I hate women,” he told the terrified child as he attacked her.

The sentence was 15 years. But, because he was so obviously a danger to women, the judge put an indefinite sentence on top.

That meant when Thompson’s 15 years were up, the Parole Board would have the power to detail him until he was no longer a risk to women.

It was a good result. Then, a police officer told me Thompson had been charged with murder too.

In May 1993 Hilda Fry, an 87-year-old lady from Mandurah, had been stabbed to death in her bed.

The case was never solved, even though Thompson had been questioned. 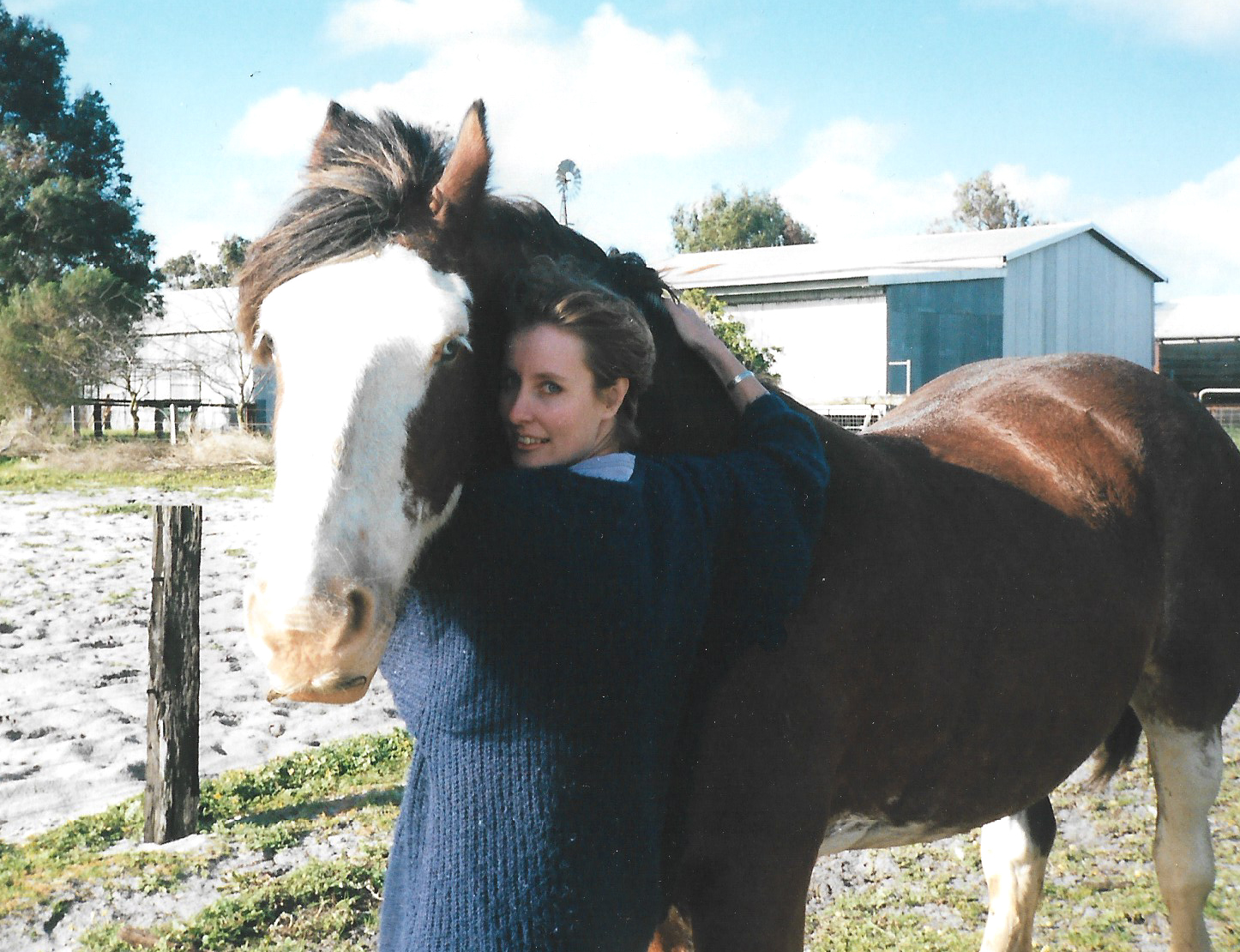 After the silver ring led to his arrest for the assault on me and the other victims, detectives had interviewed Thompson again.

“This time he confessed to the murder,” the officer told me.

Thompson had been burgling Hilda’s home when she woke and screamed. He killed her to stop her raising the alarm.

I was shaken. It made me realise just what he’d been capable of and that I didn’t just escape being raped, I might have escaped being murdered.

Thompson admitted Hilda’s murder and was jailed for life with a minimum of 14 years, to be served concurrently with his other sentence.

The Judge said Thompson was a danger to women. I knew that. The way he’d snarled at me, his words had just dripped with hate.

With a record for aggravated assault and murder, I thought he’d never be free.

Wanting to put everything behind me, I went travelling around Canada and America.

I eventually settled in New Zealand and became a zoo keeper, working with lots of different animals, including cheetahs.

Years later, I became an animal artist. In October 2018, the 20th anniversary of my attack, I started wondering what had happened to Thompson.

I wrote to the office of the Director of Public Prosecutions in Perth to find out.

To my absolute horror, I got a letter back saying Thompson’s case was going before the prisoner review board in September 2019.

I couldn't believe his release was actually being considered. Thankfully, his application was rejected.

It was his silver ring I gave the police which led to him being locked up.

If anything, knowing he was trapped by a woman, I reckon he’d going to be even angrier and more dangerous than before.

Related posts:
May 6, 2020 Beauty and Fashion Comments Off on I jumped from a moving car to escape my kidnapper – then got him jailed for a sick murder he committed before my attack
Celebrity News:
Elon Musk got booed on stage at Dave Chappelles show in San Francisco
Gayle King Defends Prince Harry & Meghan Markle’s Netflix Docuseries!
Taylor Swift vs Olivia Rodrigo! | Perez Hilton
Scott Disick 'Regrets' How He 'Handled' Ill-Fated Relationship With Kourtney Kardashian As He Tries To Move Forward
Britney Spears husband breaks silence on her social media break
Recent Posts