AS the face of BBC2’s latest hit gardening show, Angela Scanlon is no shrinking violet.

The fiery 37-year-old Irish star is not afraid to give people a piece of her mind. 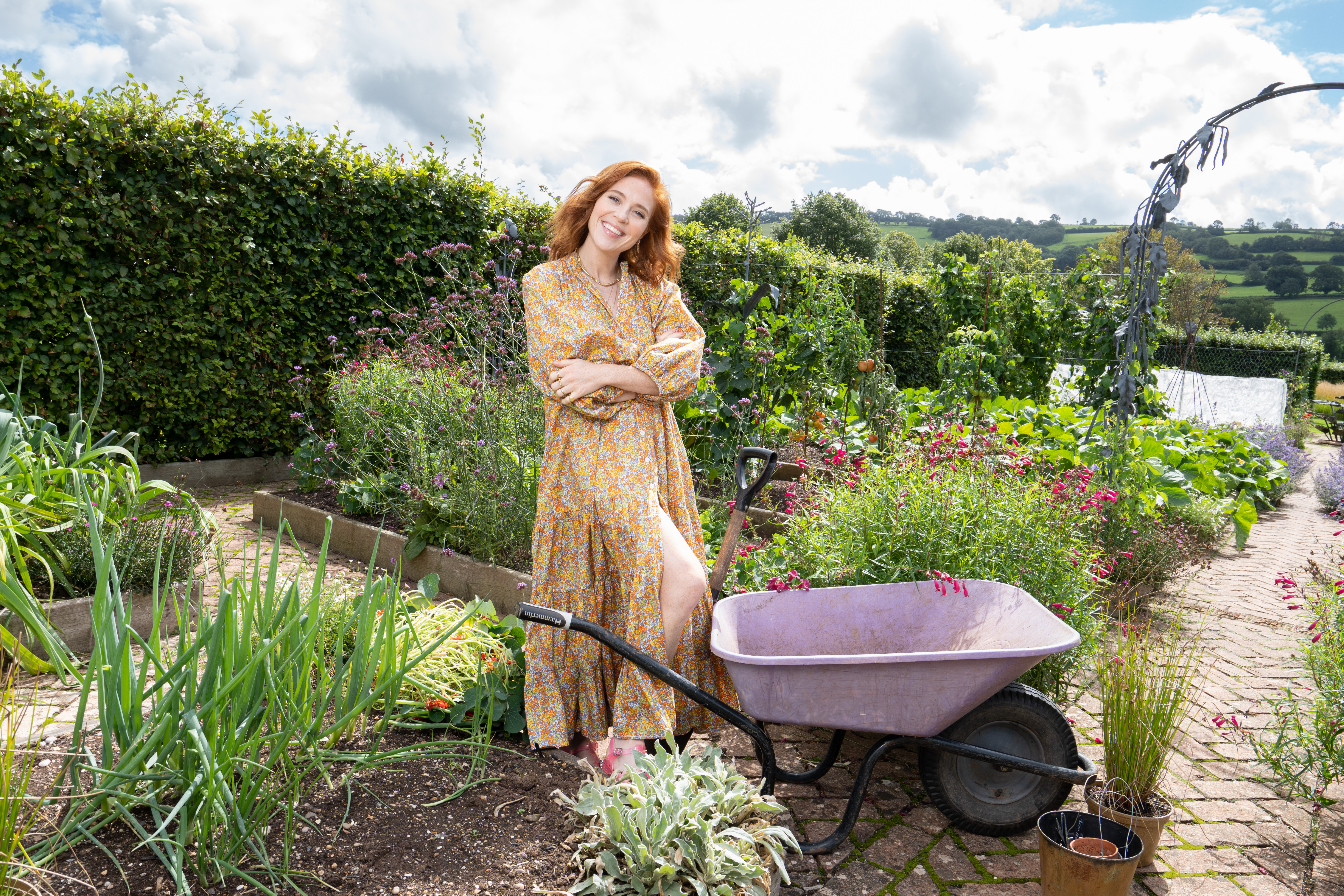 When one online troll took a swipe at her for not wearing wellies while getting stuck in on Your Garden Made Perfect, she responded: “Eat nails D***head x.”

Laughing, she tells me: “I should really know better. But some people go out of their way to tell you what they think and frankly, although I couldn’t give a sh**e what you think about me getting my legs out, it’s just fun.

“I hate the idea of celebs rallying followers to turn on people because they said something wrong. It’s not in the spirit of how I live my life at all.

“However, it’s that idea of giving as good as you get. So I’ll do it with a wink, a kiss or a smiley face. 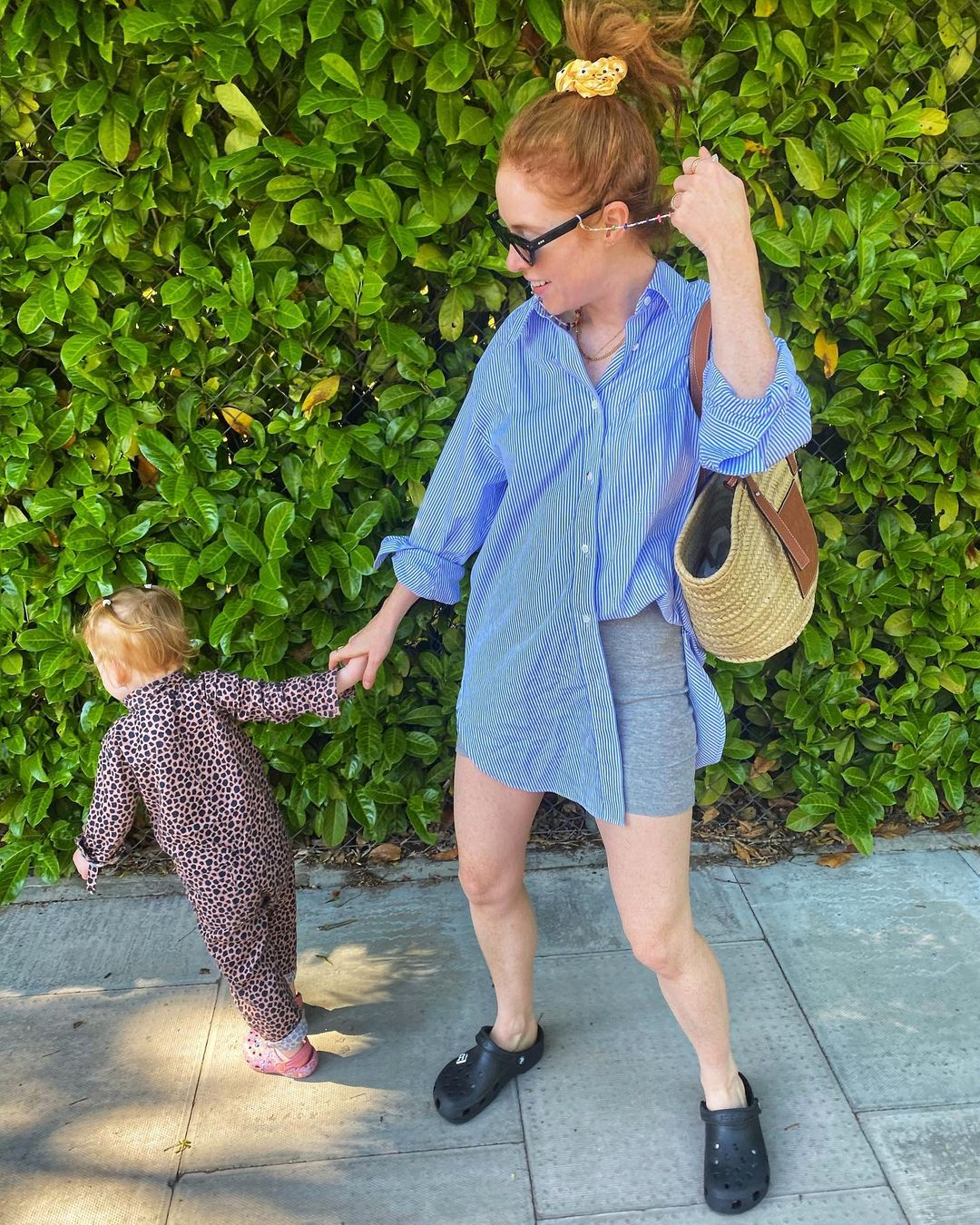 “Maybe I should have worn wellies! It may have been a health and safety issue to be in Chanel sandals while digging holes . . . but hey, that’s me.”

Alongside designer sandals and Angela’s gorgeous vintage wardrobe, the show brings light relief and inspiration to budding gardeners at the perfect time.

Figures show 45 per cent of us have turned to green-fingered activities during the lockdowns — more so, even, than baking.

And Angela, who is originally from Co Meath near Dublin, is thankful she has her own outdoor space at home in North London. 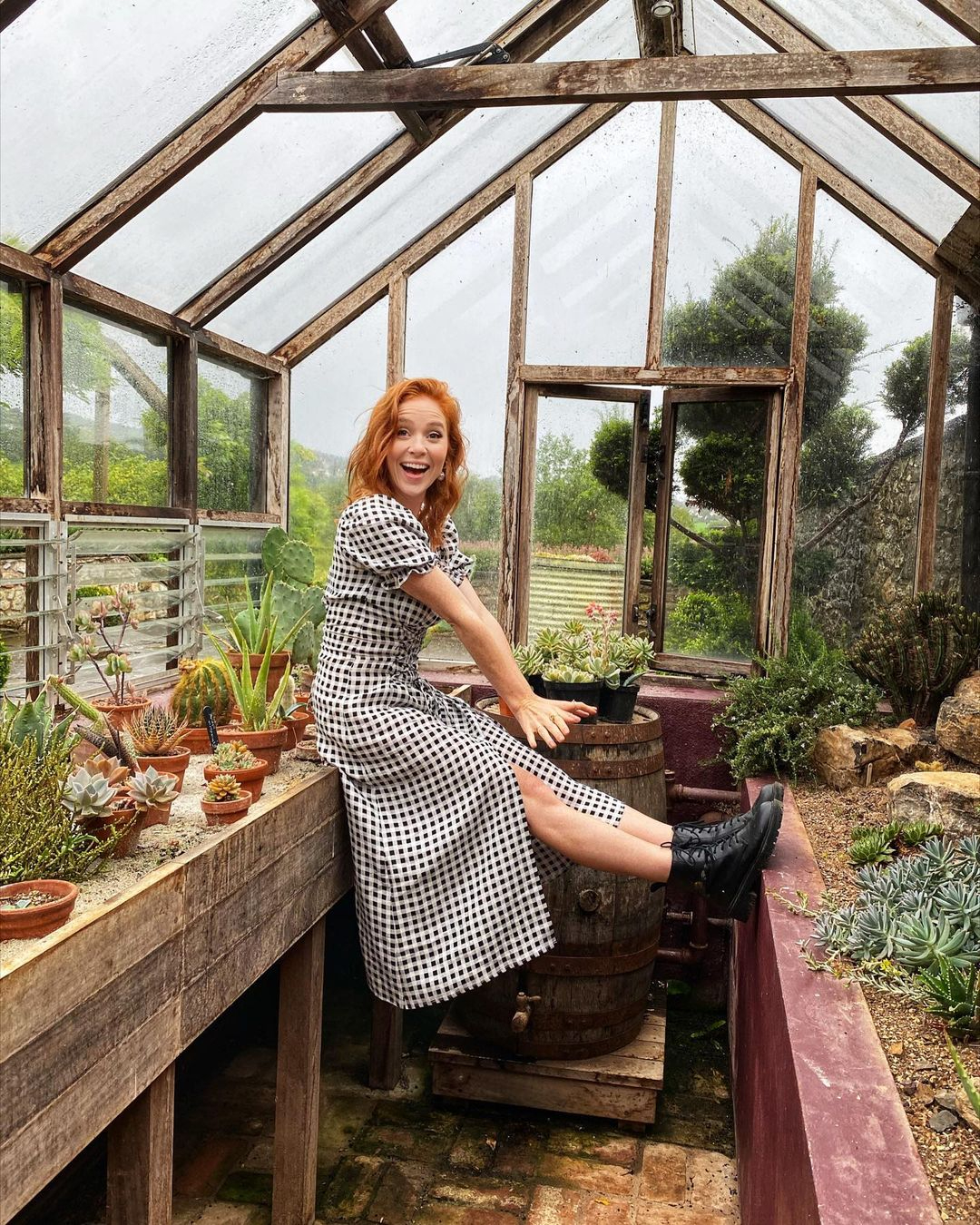 She says: “I’m no Monty Don — and our garden is looking a bit bleak at the moment because of the time of year.

“But I’ve planted some little bulbs that are sprouting and I’ve started heading out in the morning in bare feet with a cup of tea to surround myself with the greenery.

“In the first lockdown we dragged our kitchen table out and ate lunch and dinner in the garden like we were in France. It felt like a little event.”

But like lots of us, Angela has found the most recent lockdown particularly tough. 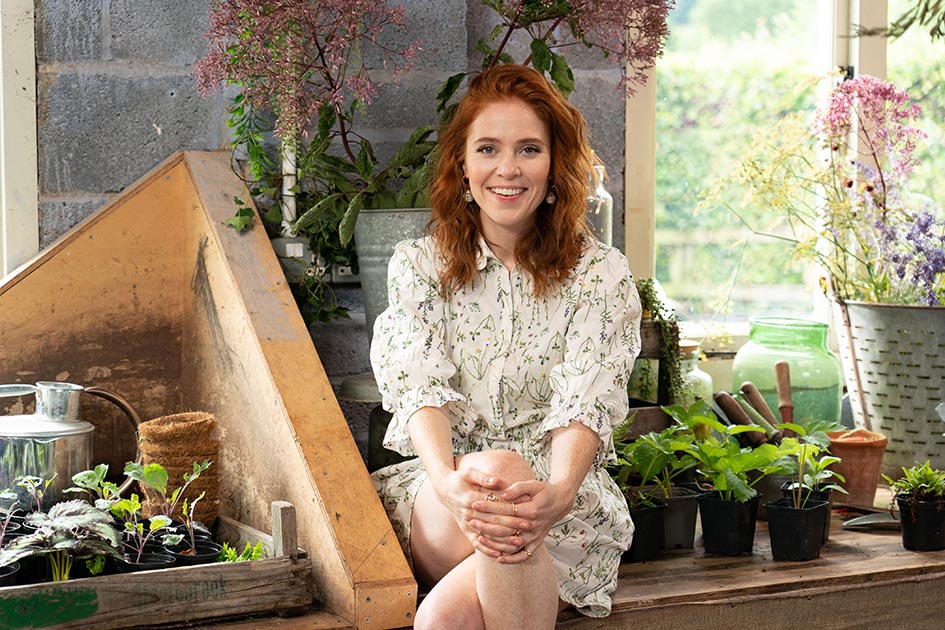 She admits: “I’m finding it trickier. It’s the milestone of it being a year, I think, and our sense of time being all a bit blurry.

“I miss home, too. The distance feels greater because it’s always felt as easy to go to Ireland, as it has to Manchester before.

“I’ve always nipped back and forth. That sense of separation can feel very lonely at times.

“But we are healthy and I know we are lucky. There are a lot of people a lot worse off.” 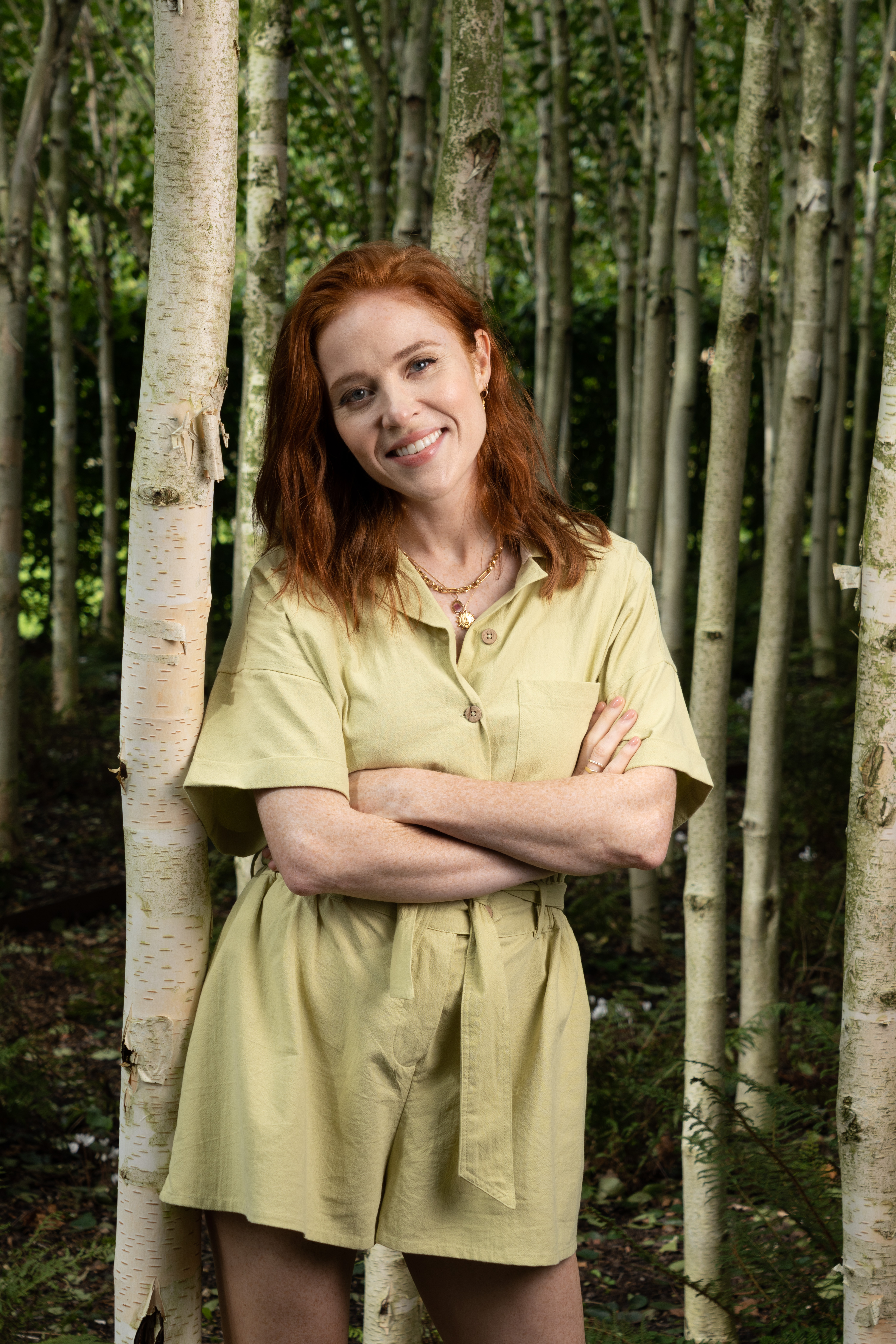 Thankfully, the experience has not triggered another panic attack for the presenter, who once tried to jump from a moving car to escape her anxiety.

“I’ve only ever had one panic attack, thank God,” she says.

“But it was quite severe and I didn’t know what it was, so it was very frightening at the time. But actually, in the past I’ve had a work addiction and I’ve felt very close to burnout.

“So although when lockdown came there were obviously loads of difficult emotions, there was a sense of relief that everything had slowed and it let me shift my perspective to focus on and appreciate the little things.” 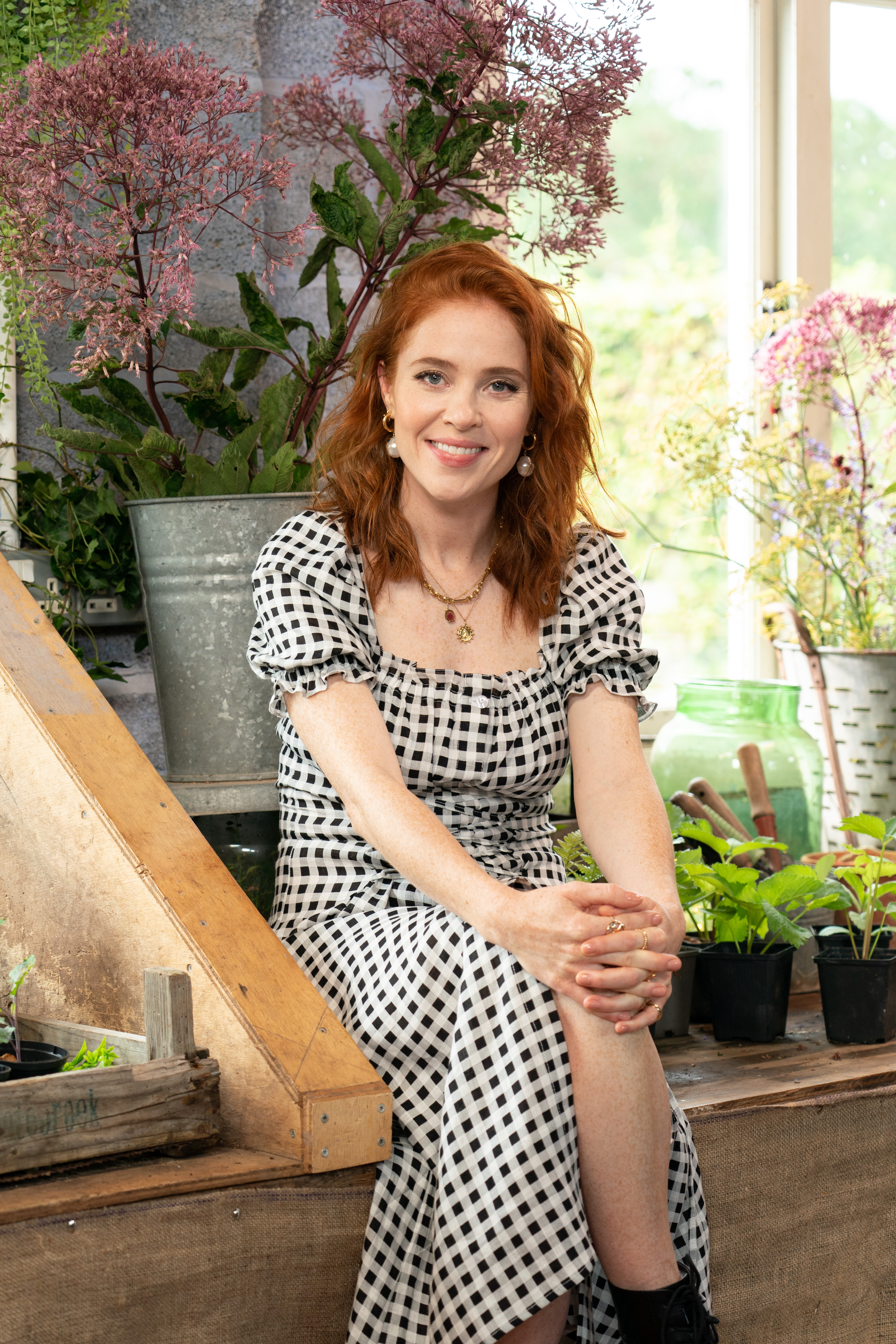 The pandemic has also allowed Angela to enjoy spending more time with her daughter Ruby, who turns three this week, and husband Roy Horgan, 42, a tech entrepreneur, who she married in 2014.

She says: “Before this, the only other time when we were together 24/7 was weekends or holidays.

“Suddenly the three of us were together all the time, so our daughter thought it was Christmas every day.”

But Angela, who also hosts BBC2’s Your Home Made Perfect, admits she is only now truly finding her feet as a mum, after struggling when Ruby was first born. 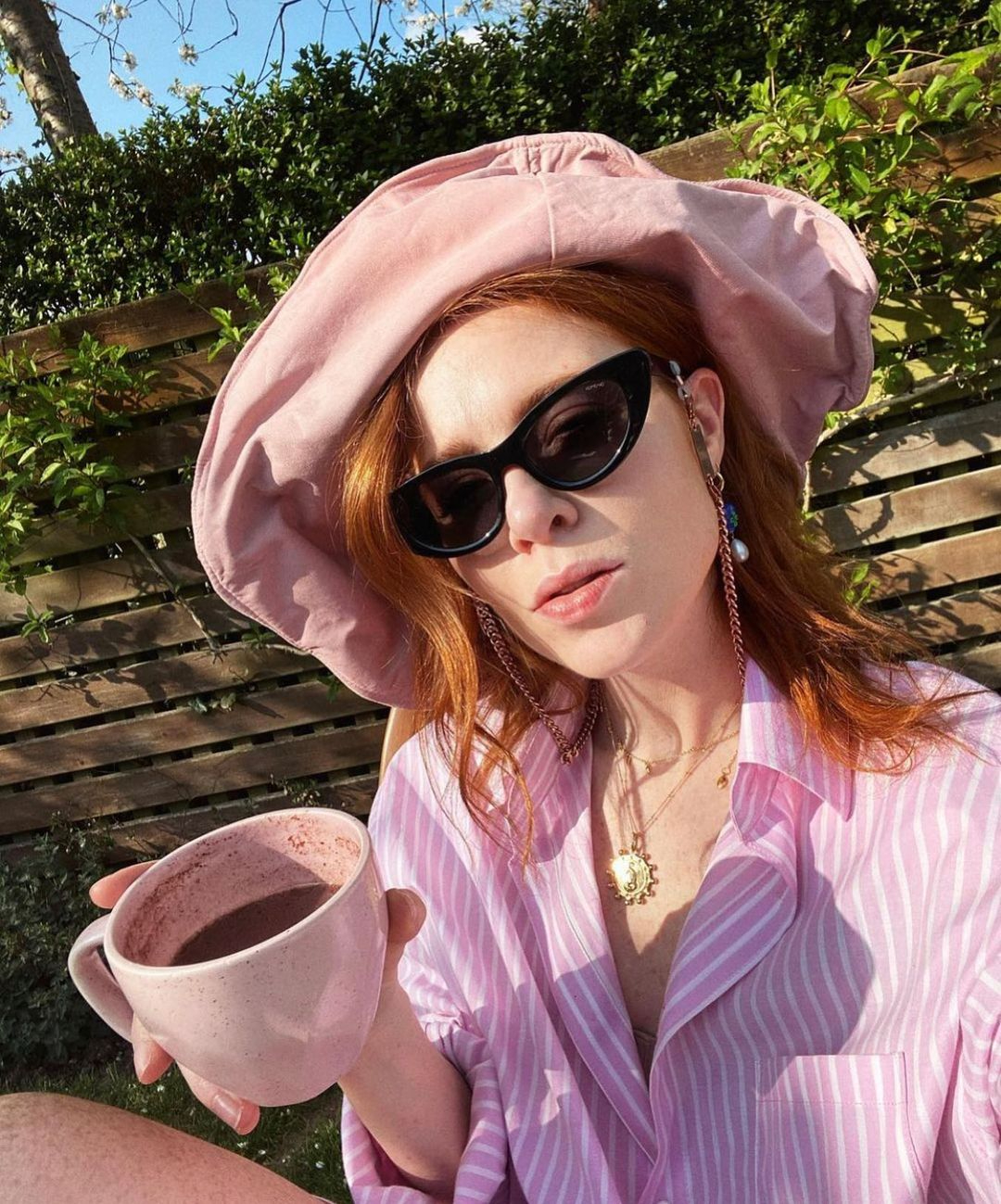 She has said breastfeeding felt like “squeezing razorblades through my nipples” and told how she transported an “industrial-sized” breast pump to work as she juggled being a new mum with her blossoming success on our screens.

Angela now realises she was far too critical of herself, saying: “It’s a job you’re never really qualified for and can’t train for. So that was difficult for me because I considered myself very competent, capable, a doer.

“Then, suddenly, I just did not know what to do and I was berating myself for that, rather than offering any of the compassion I might give to a sister or a friend in the same situation.

“I was very hard on myself and impatient. I found it really difficult. 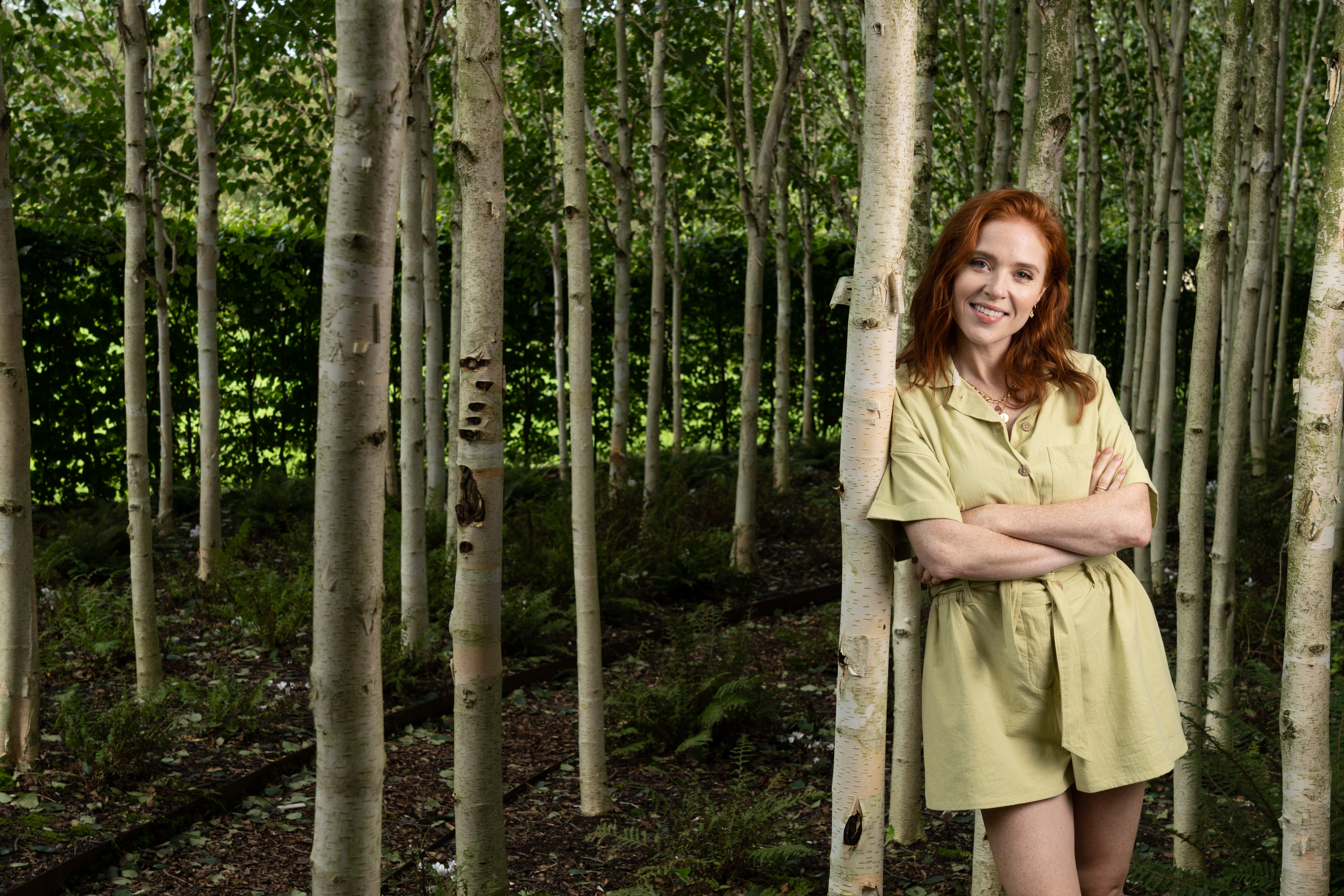 “Now, a couple of years on, I recognise I had previously been distracting myself from any emotion I didn’t think was worth feeling or that was too uncomfortable to feel.

"So when my daughter came along and suddenly these floodgates opened with all of these feelings of overwhelming love and terror and fear and joy, I didn’t know where the f*** to put them or what to do with them. It just floored me.”

Angela now understands she was far from alone in feeling that way.

“So many people experience similar things but they’re afraid to say that because we all hear about this ‘love bubble’ people talk about,” she says.

“That’s not to say that it is fake. Many people experience those beautiful, precious moments afterwards and I hope if I have other kids I would be able to experience that in a happier way.

THINK – what do you spend most of your time doing?

This way you get a new space you need rather than a shinier version of the kitchen you already have.

Forget convention and what you think your house is “supposed” to look like.

Often houses were built for a different time and right now we are all living very differently.

When everything else is chaotic and out of our control, it’s comforting to see things growing.

Think of your home as a sanctuary and a place you recharge.

If you love yoga, turn your spare room into a yoga studio

That can feel indulgent but actually a room that is used as a dumping ground bar one week of the year is a waste of your time and space.

“But to become a mother is the most life-changing thing.

“For me, it’s the biggest thing I’ve ever done and has been the biggest change to my life on every level. To expect that you’d just stroll into it is maybe too much.”

So what is her advice to new mums in a year when a baby boom is predicted?

She says: “Be compassionate and patient with yourself. I dressed that up as self-care. I got crystals and had nice baths, but the voice in my head was quite relentless.

“Give yourself time to become a mother. You’re not expected to emerge from the labour ward or from your bedroom as a fully formed mother.

“Oh, and please ask for help if you need it.” 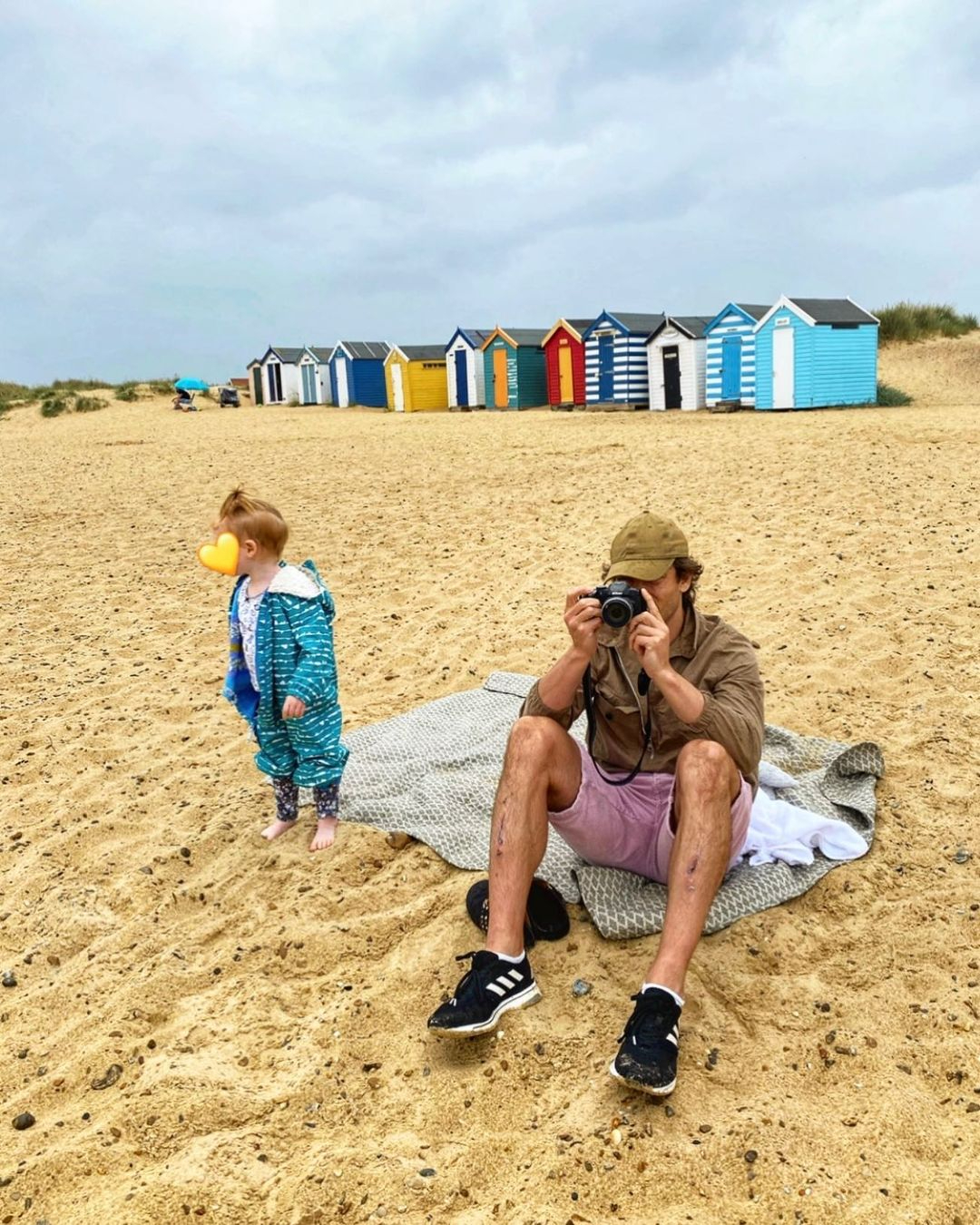 And is Angela planning to have any more children?

“I am one of four and my sister has four kids but I don’t know if I could do four,” she says.

“I would certainly love Ruby to have a little sibling, though.”