SHE describes herself as “everyone’s favourite auntie,” and even after over 20 years as the queen of the small screen, Davina McCall is still the super-warm and off-the-charts-funny BFF we’ve always wanted.

From her role as a judge on ITV’s The Masked Singer (and Dancer), to filming the emotional Long Lost Family and smashing the charts with her popular fitness app Own Your Goals, she makes acing your career at 53 look easy. 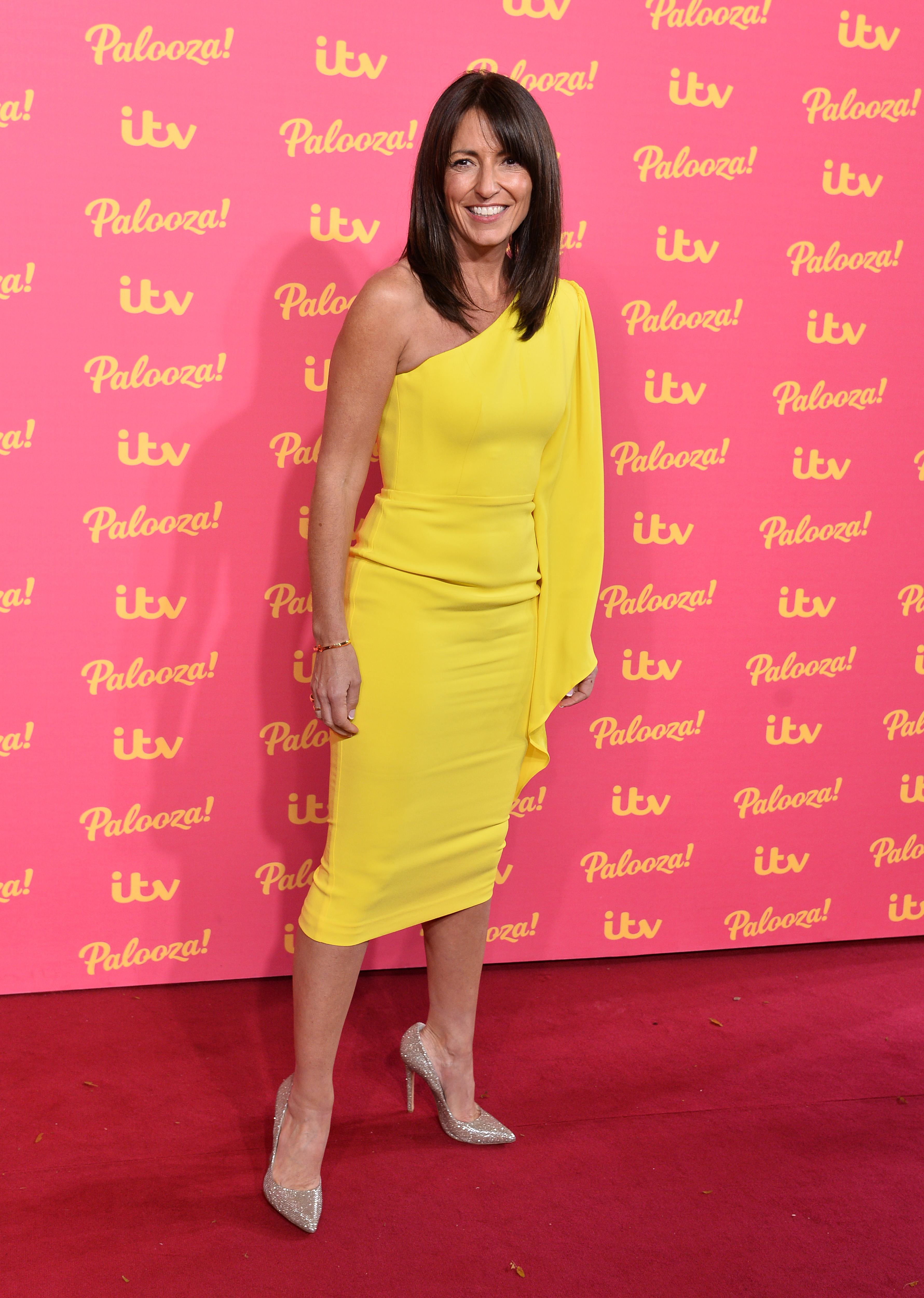 Yet Davina is also the first to admit when she’s struggling.

During our interview, she’s characteristically honest about how challenging she’s found the lockdowns of the past 18 months, and how – despite having enjoyed the time with her daughters Holly, 19, Tilly, 17, and son Chester, 14, and being able to check in regularly with her hairdresser boyfriend Michael Douglas, 47, via Zoom – she’s relieved it’s (hopefully) over.

She also talks openly about her experience of the menopause, and how it made her fear for her future on TV – and her sanity.

Davina, how are you feeling?

Hopeful. I feel like the world is changing, and we’re easing out of this crazy 18-month cycle. I feel very positive, in a way that maybe I haven’t felt for quite a long time, so that’s really nice.

What did you get up to throughout the lockdowns?

It was amazing, but there was a lot of cleaning! In the first lockdown, I tried to do anything I could to support the NHS, and did bits of TV over Zoom, which was so weird. Michael and I do a podcast called Making The Cut, so it was really nice to connect with him on a weekly basis.

Then, obviously, The Masked Singer happened in lockdown, and I’ve been doing Long Lost Family all the way through, too. 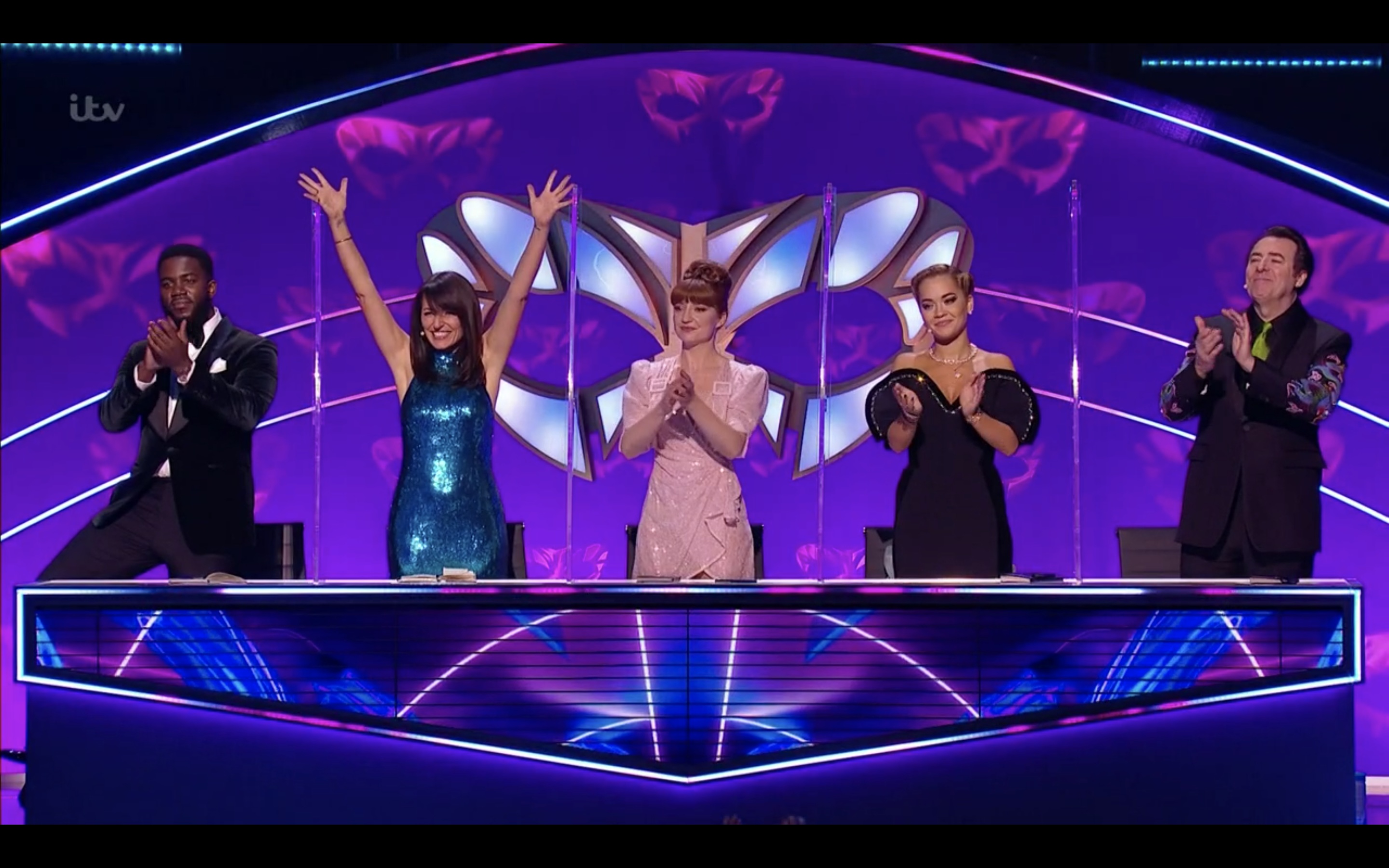 Have you had any anxiety about lockdown restrictions lifting?

I’m the opposite. I found lockdown quite difficult, mentally. I had a lot to be grateful for, and I’m a generally sunny person, but I had a cloud hanging over my head.

I thought: “Come on, you can always get through anything, you can do this.” But it was really hard. I just missed connections with people that weren’t my family, and everybody was infected with a kind of fear, weren’t they?

Social media in lockdown was my saviour, because I felt like I could see other people also going through tough times, and we came together in a way we maybe never had done before. So I don’t have any anxiety about coming out of lockdown – I’m running out of lockdown!

You do a lot of work around the menopause. What has your experience been like?

I thought it was something that happened in your 50s – you got a couple of hot flushes and were through it. I had no idea about how much our bodies need hormones. I was having night sweats, hot flushes, and I wasn't sleeping.

And the brain fog… I remember sitting on the drive and looking at some grass, thinking: “What’s the word for that?” I thought it was some kind of dementia.

It was only a couple of years later, when it was affecting my work, that I went to my gynaecologist, who said I needed hormone replacement. I thought I was going to lose my job. Then I went on HRT, and literally two weeks later I was like: “Oh, I’m back. This is life again.” 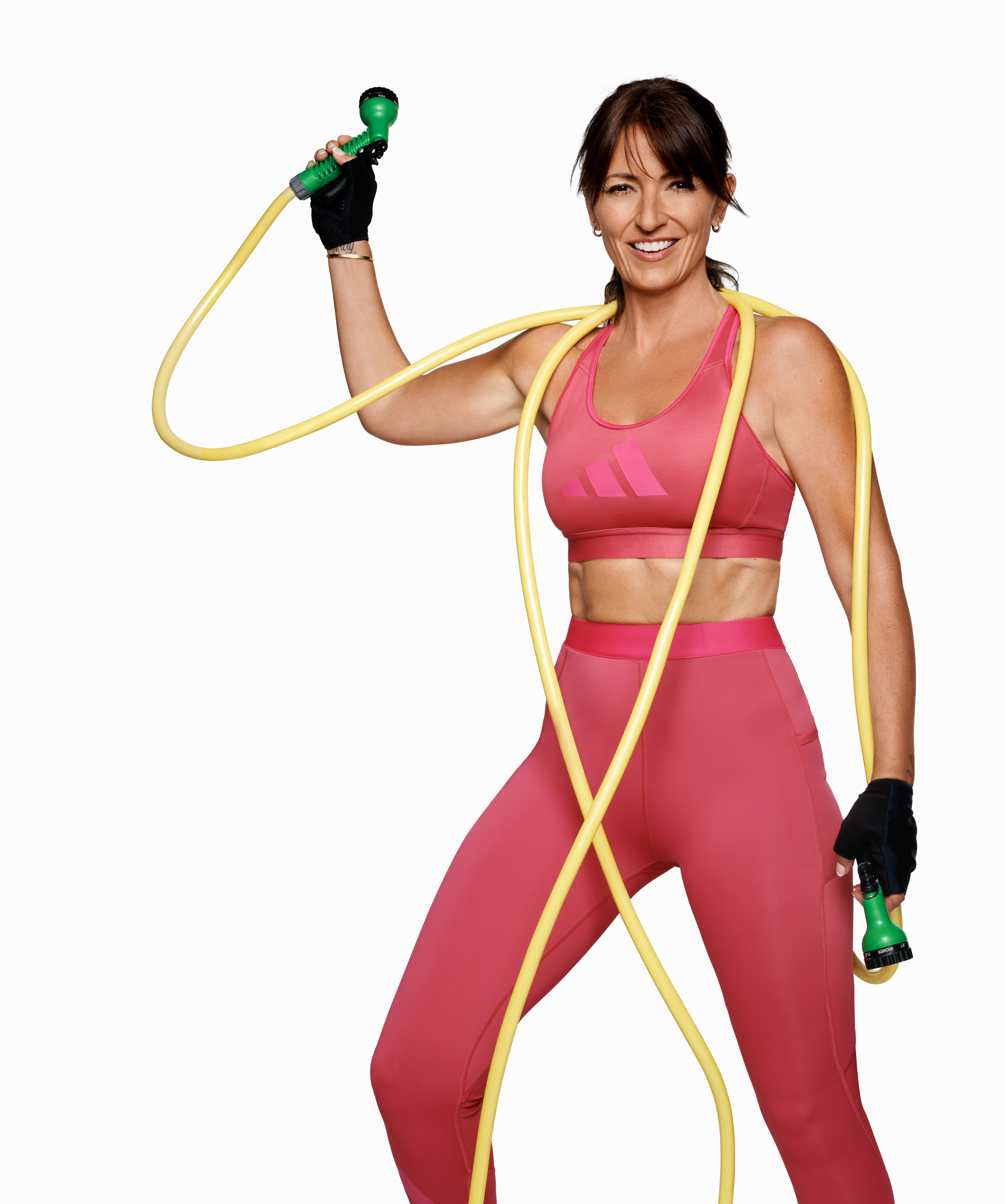 I do one spin class every Saturday, but in the summer holidays I try to do two or three, because I love it. Then I’ll do two or three home workouts, at least – there’s a 10-minute arms on Own Your Goals, and it’s a killer.

I won’t work out more than five times a week, because it’s important to have a couple of days’ rest. But it keeps me feeling young.

You look amazing! How would you describe your style these days?

I’ve always been slightly androgynous, with a feminine touch. Clothes are really, really important and I dress how I feel, but also sometimes to feel better. I always say to my friends: “If I’ve got red lipstick on, there’s something wrong!”

Social media can be a difficult place. What’s your attitude towards it?

I steer as far away as I can from anything contentious. I only use Twitter to talk about menopause and comedy, and Instagram for fitness and health.

I hate drama. If somebody well-known says the wrong thing, and they are generally a nice person and their intention was pure, forgive them for it!

Do you ever find it hard being such a well-known figure?

I’m at a stage now where I’m part of the furniture – people have grown up with me.

I can get on the train because I’m not going to get swamped. People will sit opposite me and go: “You alright?” And I’ll go: “Yeah, good thanks.” And that’s it.

I’m very grateful if somebody asks me for an autograph, because I’m aware that one day it will stop, and when it stops, I might miss it. I really try to enjoy all of it. 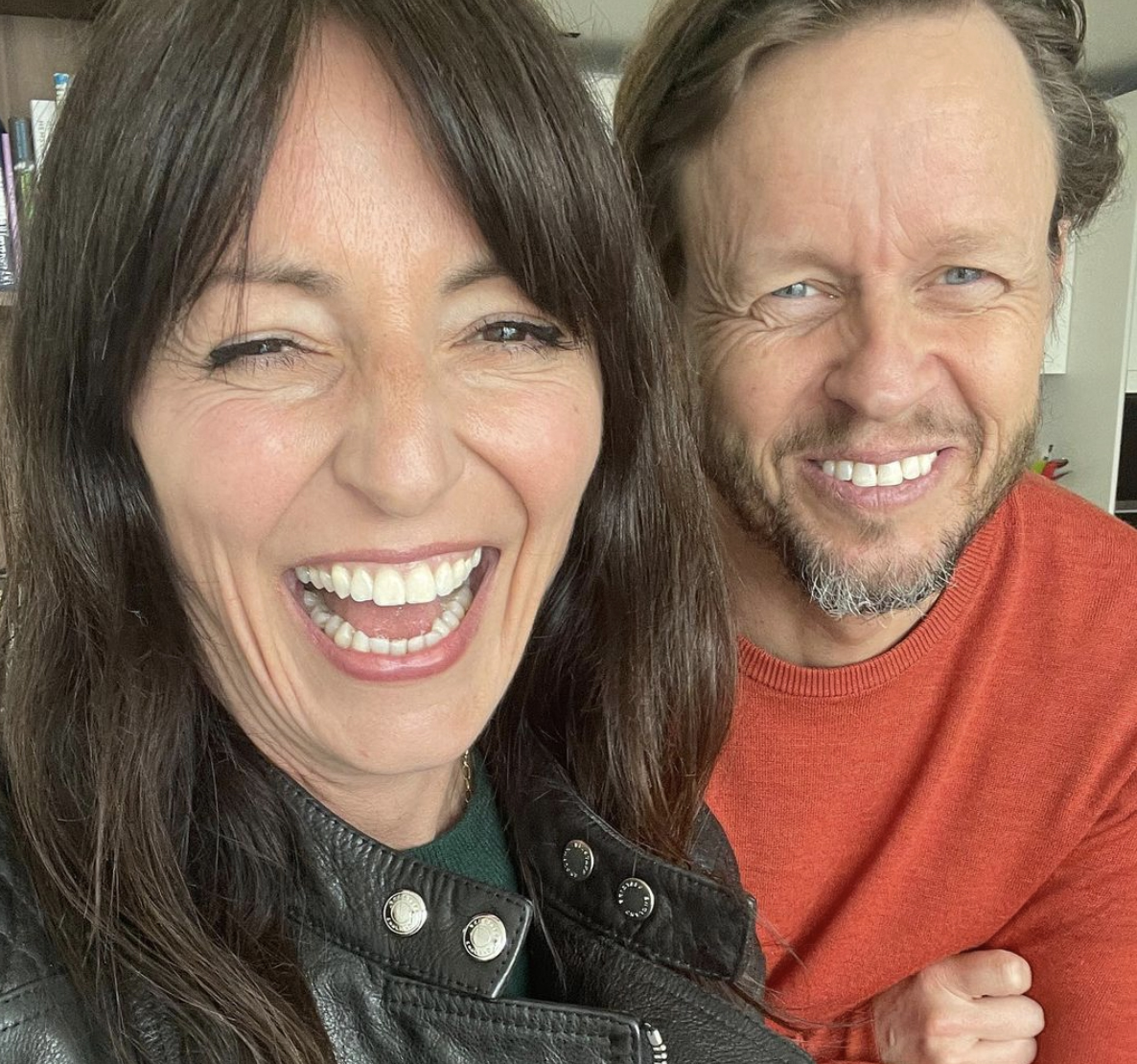 You‘ve teamed up with JD Williams on a new collection…

They’ve done a complete rebrand and reboot, so I was like: “You sell Adidas and Samsung?”

I had no idea. They’re like the best-kept secret. Then when they said: “We’ve asked Amanda [Holden] to do it as well,” I thought: “I’ve got to do it.”

How do you feel about what the next 12 months have in store?

I am enjoying working so much. Because my kids are a bit older, I can accept jobs that I wouldn’t have been able to when they were younger. I don’t have that terrible guilt all the time, and that is very liberating.

Do you feel more confident than ever?

Definitely, and it’s totally an age thing – there’s got to be some benefit to getting older! In my 20s, I was crippled with low self-confidence, and especially when I got clean [Davina’s been sober from drink and drugs for 26 years], I hated myself.

I did a lot of work on myself emotionally and physically in my 30s, getting fitter, but it was still an ongoing battle. Then being a mum and feeling like a cow with two enormous great big udders…

Now I feel normal, better than I have done in years, because I was perimenopausal for a long time before that. I’m ready to take on the next chapter feeling blimmin’ awesome.

Related posts:
August 15, 2021 Beauty and Fashion Comments Off on I thought I had some kind of dementia and was going to lose my job, says Davina McCall
Celebrity News:
Balenciaga DROPS $25 Million Lawsuit Against Marketing Agency North Six!
LIBBY PURVES reviews Othello
Prince William and Kate Middleton Were Greeted by Boos and Chants of "USA, USA" at Boston Celtics Game
Busy Philipps Responds To Claim She Was ‘Rude And Dismissive’ On Set Of Her Talk Show
Jenna Bush Hager shares unseen family photos in honor of 41st birthday
Recent Posts