ALYSSA woke to find herself in a hospital bed, her two very emotional sisters by her side, all of them in utter disbelief that she had finally woken up.

When the Melbourne mum-of-two was told she had been in a coma for 14 days after having a stroke due to a “significant sensory reaction to the vaccine” her understandable reaction was “what the f**k?” 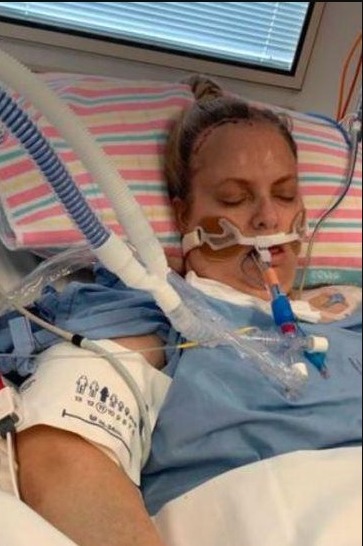 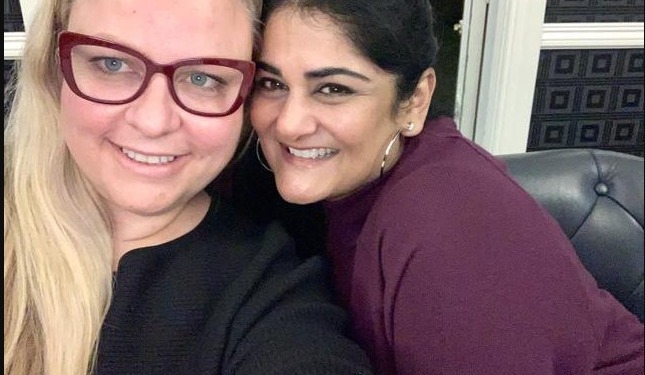 “I honestly had no idea… that was a fun conversation to wake up to,” Alyssa says, reliving the incredibly surreal moment to Kidspot.

“My little sister kept saying ‘I can’t believe we get to keep you’.”

Alyssa’s husband, mother and sisters had been told three times by the hospital that there was nothing else they could do.

“My sisters had been preparing about how to tell my daughters, who are only three and five.”

The 40-year-old had the AstraZeneca vaccine on May 17 due to having thyroid cancer two years ago.

After suffering from headaches and nausea for 10 days, Alyssa flew to Newcastle, Australia, for a work conference where she had a seizure and was rushed to Cessnock hospital. There, she suffered another four seizures, and therefore was taken on to John Hunter hospital.

Alyssa, who has no pre-existing or underlying conditions, was immediately taken into surgery to have a craniotomy to stop the bleeding on her brain.

“They couldn’t get the pressure on the brain under control, so I was put into an induced coma.”

According to Alyssa’s medical records that Kidspot was given access to – she was diagnosed with ‘vaccine induced cerebral sinus thrombosis’.

“Doctors told me that the reaction I had to getting AstraZeneca was incredibly rare,” she explains.

Despite Alyssa’s terrifying near-death experience from getting the AZ jab – she is still very much pro-vaccination and will be booked in for a Pfizer vaccination by the hospital before she is discharged.

Alyssa ended up being re-diagnosed with thrombosis with thrombocytopenia syndrome (TTS), which is a rare event involving serious blood clots with a low blood platelet count.

Overall, there have been 87 confirmed (53) or probable (34) cases of TTS so far in Australia, out of more than 6.1 million administered doses, reports newsGP.

“TTS is triggered by the immune system’s response to the AstraZeneca vaccine and is different from other clotting conditions,” the TGA site explains.

Although both John Hunter hospital and the TGA declined to comment on Alyssa’s case – the TGA did provide the following statement:

“Medical experts at the TGA review adverse event reports as a matter of priority and provide weekly reports on established adverse events,” the spokesperson said.

The COVID-19 vaccine weekly safety report released by the TGA on June 3, a week after Alyssa’s incident, states:

“Since last week’s report, a further four reports of blood clots and low blood platelets have been assessed as confirmed TTS likely to be linked to the AstraZeneca vaccine.”

One of those four cases was: “a 40-year-old woman from Victoria who is being treated in NSW”.

There are currently 38 men and 45 women diagnosed with TTS in Australia – with nearly half of those women receiving treatment in intensive care. Comparatively, only 10 per cent of men with TTS landed in ICU.

“We continue to receive reports of side effects to the AstraZeneca vaccine as it becomes more widely available in Australia. The reports are generally consistent with what is being observed internationally,” the site says.

Alyssa has most certainly defied all expected odds.

“They said if I survived I wouldn’t be able to walk, talk or feed myself – and that I would need rehab for two years” she explains.

At first, that terrifying prospect seemed a very likely reality for the mum of young kids.

“I went to move my left arm to scratch my nose but I couldn’t do it and I thought ‘Oh my God I’m going to be one of those people who are paralysed.’ It was very confronting and overwhelming,” Alyssa admits.

“When I stood up for the first time, I just fell to the ground and I thought, ‘how is this my body?’ I had lost 16kg in two weeks.”

However, incredibly, just a few of intensive physiotherapy – her body began to start functioning and connecting with her brain as it always had.

“This changed my mood entirely because I could see a light at the end of the tunnel,” she says.

“The doctors can’t believe I’m alive and how quickly I have progressed.”

Her husband, who is a nurse and also had his first dose of AZ, will join Alyssa in having Pfizer for his second dose.

“The only way out of this s**t show is to be vaccinated. We are at the mercy of this fricken virus – every day we are looking at cases and I’m totally over it. Although what happened to me is catastrophic and totally life-changing – it is very rare.”

As much as Alyssa is very much looking forward to going home after two months of hell, she is still very apprehensive at the same time as her interstate family can’t help out under the current COVID restrictions.

Meaning that all of the heavy load falls on her husband while she continues her intensive therapy.

“It makes me sad and nervous that I can’t pick up my three-year-old or let them jump on me,” she says.

The family has certainly had their fair share of heartache after losing one of their premature twins five years ago, when they were born at 24 weeks old.

“My husband copes until he doesn’t – he’s had some very emotional outbursts because he’s at home full time with the girls in lockdown. He’s also been in here every day to shower me instead of a stranger doing it,” she says.

“My family are triggered by the whole experience – they all have PTSD after being told three times to prepare for the fact that I wasn’t going to make it.”

This story previously appeared on Kidspot and has been republished with permission. 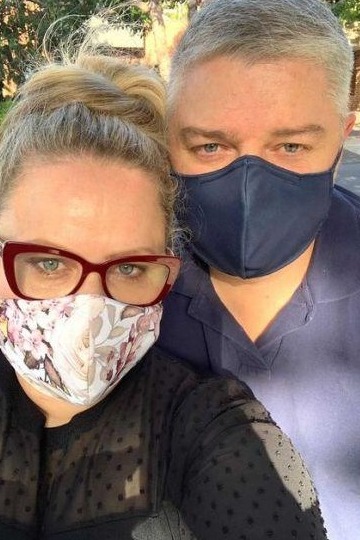 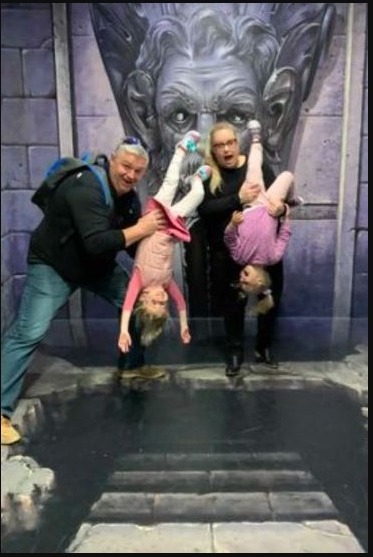 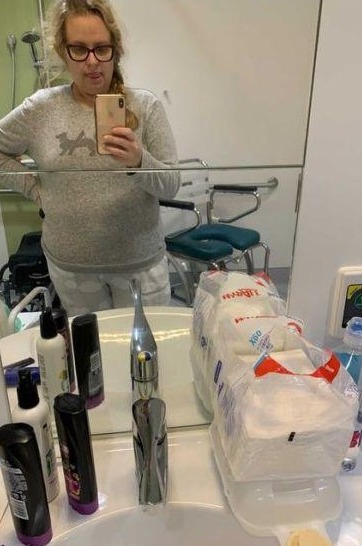 And we explored if the AstraZeneca Covid vaccine is slightly weaker than Pfizer’s jab?