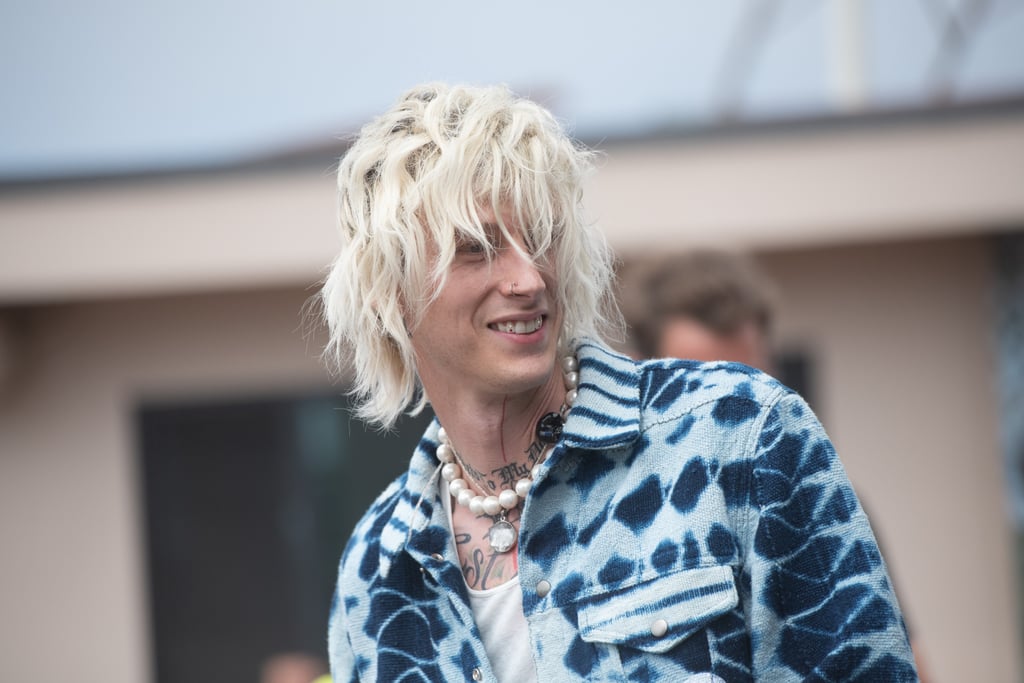 Machine Gun Kelly seems to have toyed with retiring the Blonde Don. The defiant cross-genre artist recently surprised fans when he appeared in his new “Papercuts” music video with a freshly shaved head. Not only that, but his head also had an imposing diamond-shaped tattoo in thick black lines. “I shaved my head for this,” he tweeted while teasing the release of the single, which will appear on his upcoming sixth album, Born With Horns.

In the video, however, MGK had not actually parted ways with his bleached blond lob, and the dramatic look was simply a bald cap all along. That said, it’s possible MGK will test drive this new persona again at a future red carpet appearance. (For what it’s worth, he is nominated at the MTV VMAs taking place on Sept. 12.) In the meantime, check out the look in the “Papercuts” music video ahead, and skip to 1:40 for the big reveal.