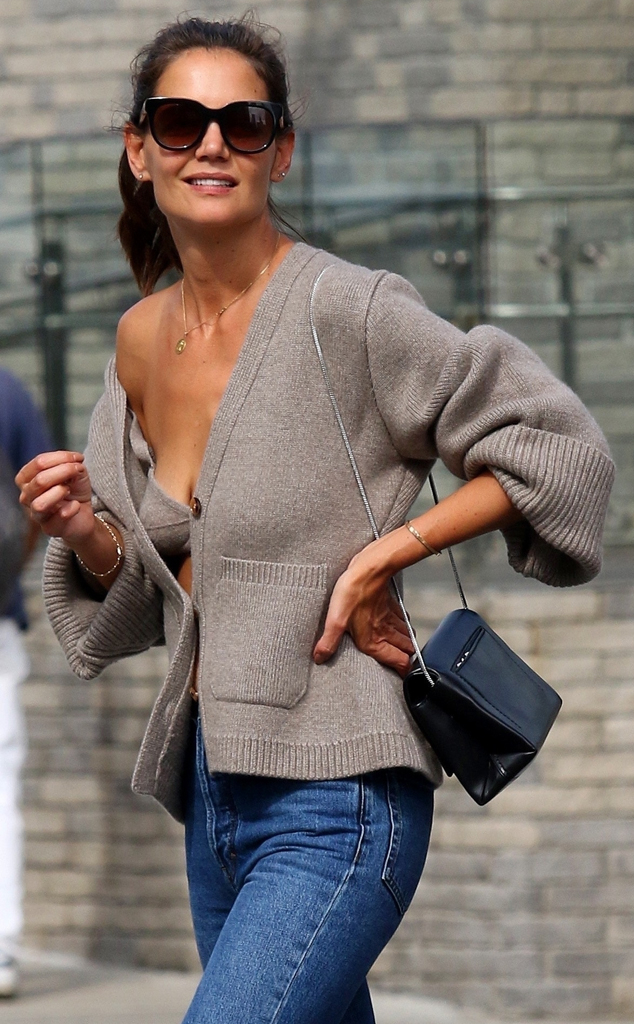 It was the cashmere bra seen around the country.

In late August 2019, Katie Holmes was snapped on the street of New York City, doing what many in the Big Apple routinely do: hail a cab. Though, it wasn’t the action that made the images a frenzied staple of the Internet on that day—it was her outfit. The actress had opted for jeans paired with a Khaite cashmere sweater. However, the oversized-style sweater, butted only once in the waist, hung ever so effortlessly off of one shoulder, exposing a matching cashmere bra underneath. The set sold out within the hour as fashionistas committed the look to memory. As E! News put it the following October, “56 days later and we’re still thinking about Katie Holmes’ cashmere cardigan and bra set.”

Now, in an interview for InStyle, Holmes shared how the now-viral sexy style moment began with the opposite feelings.

“Honestly, I wasn’t feeling so sexy. And I saw that and was like, ‘Sexy. I can do that!'” she told the magazine of finding the bra on the Khaite website.

“I thought it would be good if I was in a cabin sitting by the fire and wore the [matching] sweater over it. That’s how my brain works. But then I was like, ‘Oh, wait, I’m not in a cabin, and I’m not going to a cabin.’ I still thought I could pull it off, though. I had noticed other people wearing bras with blazers,” she continued. 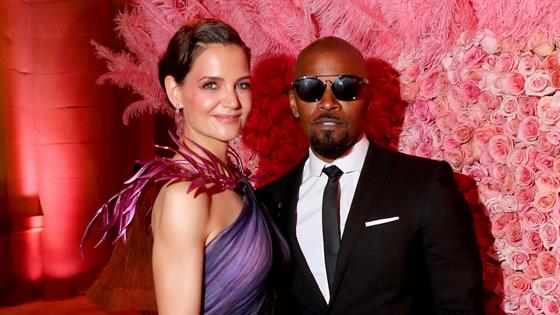 As for the perfect one-sided off-the-shoulder positioning of her sweater, “I didn’t want to get into trouble with my teenager!” Holmes said, referencing Suri Cruise, her 13-year-old daughter with ex-husband Tom Cruise.

“We were school shopping, and I was just trying to hail a cab on Sixth Avenue,” the star described. “It looked way more glamorous than it was.”

The April issue of InStyle is available March 20.