A MUM is mortified after people pointed out her boyfriend is her doppelganger – and now she can’t unsee it.

Amy Preston, 21, has been dating Benjamin Ratcliffe, also 21, for two months, and her friends soon began noticing similarities between the two.

The pair both have the same hair, eye and skin colour, with people claiming their facial structure – especially their noses – are almost identical.

After double checking with her parents there’s no way they’re related, the mum to nine-month-old Darcie said the similarities haven’t put her off her Benjamin, who’s in the RAF.

Amy, a medicine counter assistant, said: “Since my friend pointed out that we look the same, I haven't been able to 'unsee' our facial similarities.

"We really do look alike, we have the same hair colour, hazel eyes, face structure and I even had to ask my parents if he was in fact my brother.

"Of course they said he wasn't but it's crazy that he looks more like me than my younger brother, Jack Preston, 16.

"Benjamin said he thinks we look alike too and finds it all very bizarre, especially as we hadn't noticed before."

Amy, from Nottingham, posted snaps of the couple on Facebook asking what others thought – and more than 1,000 people weighed in one the debate, claiming Benjamin could be related. 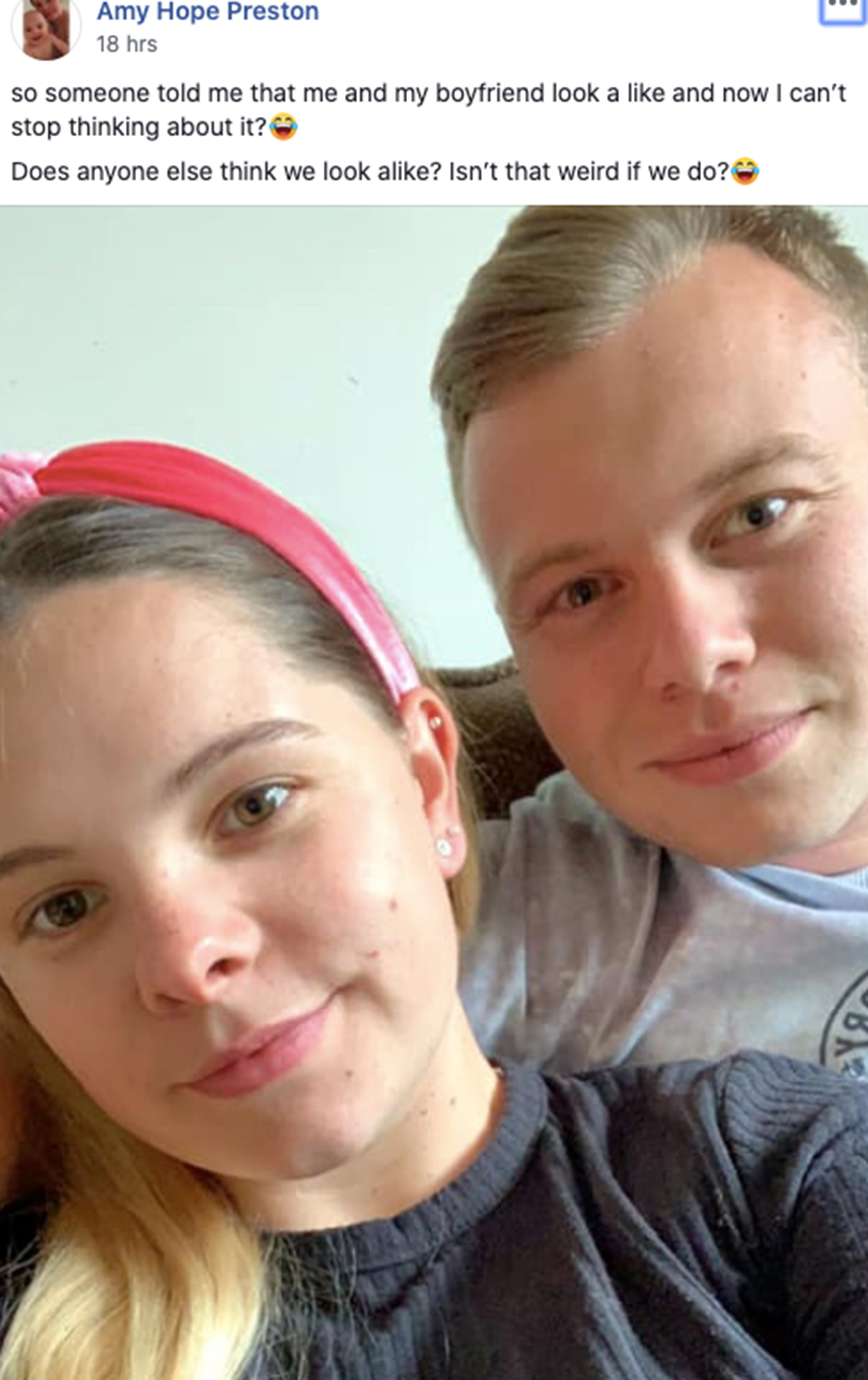 The mum-of-one said: "My post on Facebook has gone viral with over 1000 comments and likes, there's literally only one comment where someone doesn't see the resemblance.

"He definitely looks more like me than my brother, Jack and my two older sisters, Ellie Preston, 24, and Chloe Preston, 22.

"Benjamin is only a few inches taller than me too so I can imagine that when we are out and about together once lockdown is over that we might start getting a few comments about being siblings." 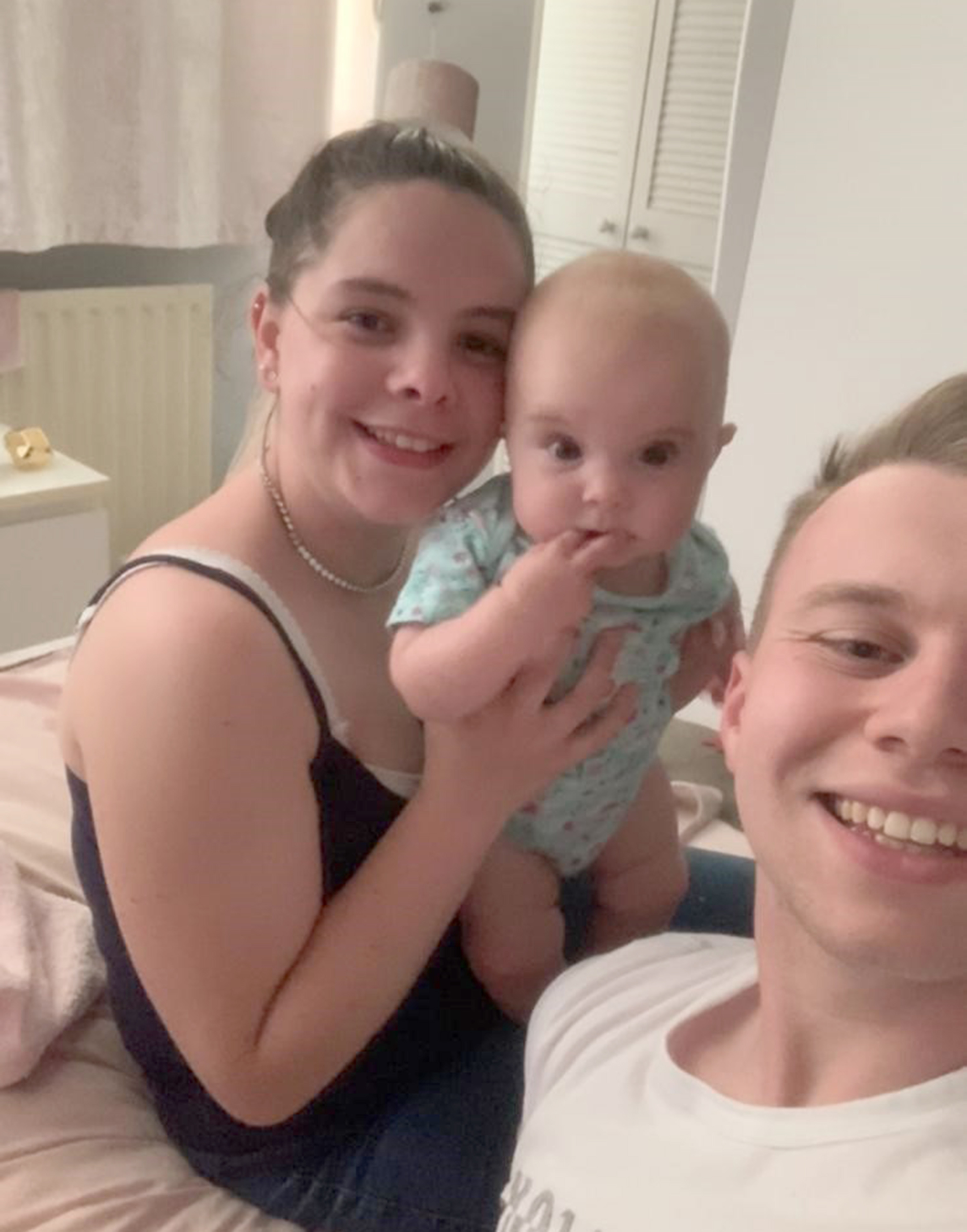 Despite finding the whole thing hilarious, Amy says she might consider dyeing her hair in the future so they don’t look so alike.

She added: “I have found the whole thing really funny.

"I had never thought we looked similar before but now I can't help but think it.

"I don't mind though and it doesn't bother us, I have joked that maybe I'll just change my hair colour or something." 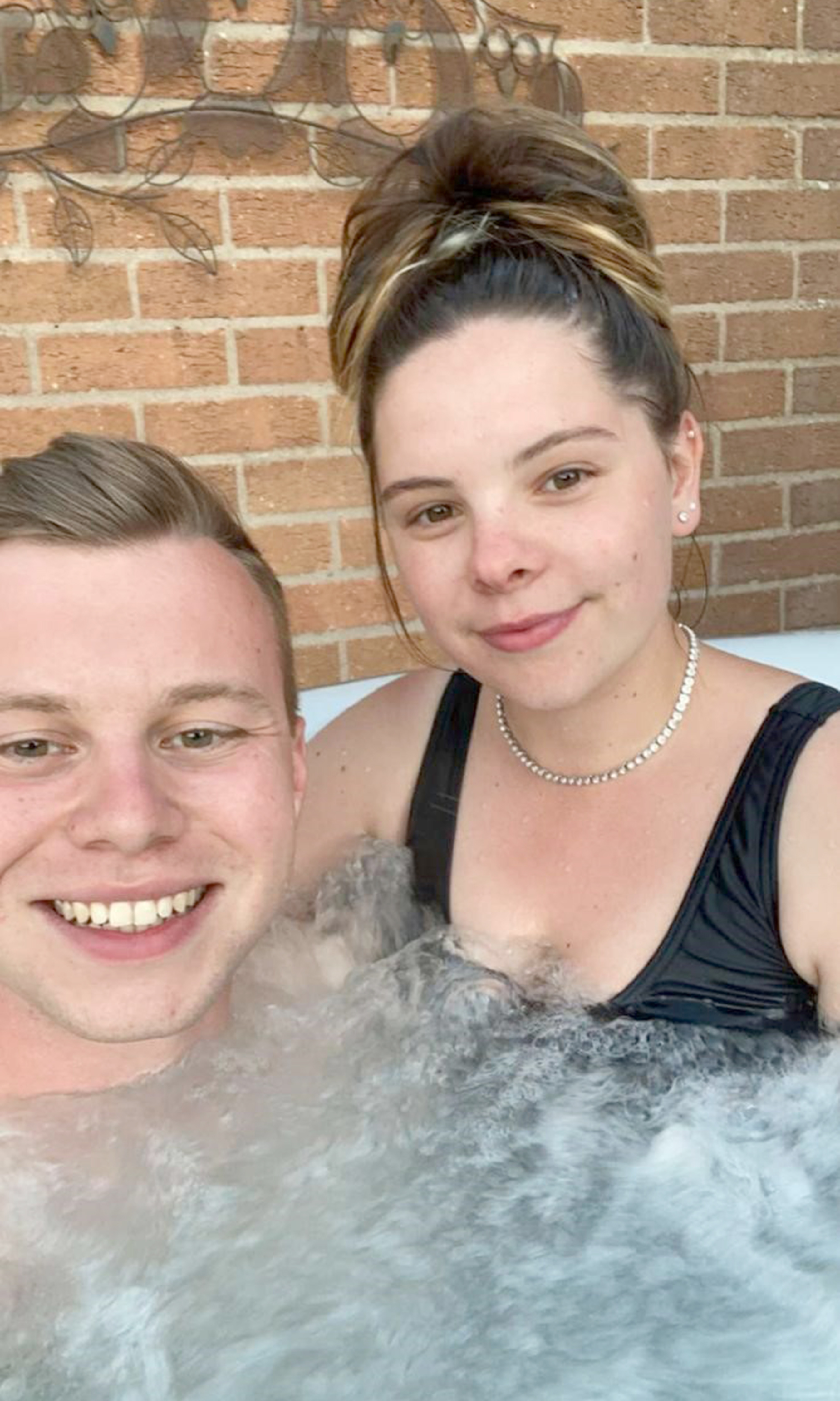 Meanwhile this couple were slammed for asking people to fund their ‘dream wedding’ and lavish honeymoon amid the coronavirus crisis.

And the ‘Thunderstorm’ is the sex position couples are loving and it’ll leave you trembling with pleasure.

While a former escort reveals surprising signs your partner is cheating during lockdown – admitting men will ‘always find a way’.

Related posts:
June 5, 2020 Beauty and Fashion Comments Off on Mortified woman gets told her boyfriend is her doppelganger – and now she can’t unsee it
Celebrity News:
Olivia Jade on YouTube Return After College Bribery Scandal: I Just Want to Do What I Love
Jessica Mulroney Shares Text Messages with Sasha Exeter to Exonerate Herself After Last Year’s Controversy
Dolly Parton Mourns Passing of Brother Randy Two Days After Her Birthday
'RHOC’ Star Shannon Beador Says She Got Bad Cosmetic Work
Bridgerton's diverse cast was found using an 'inclusion lens'
Recent Posts
This website uses cookies to improve your user experience and to provide you with advertisements that are relevant to your interests. By continuing to browse the site you are agreeing to our use of cookies.Ok