A MUM-OF-THREE has revealed how her mischievous puppy chewed through a pile of £20 notes she had stashed in her room.

Jocelyn Horne, 35, was devastated when she returned home to discover the money she had been saving on her bedside table had vanished. 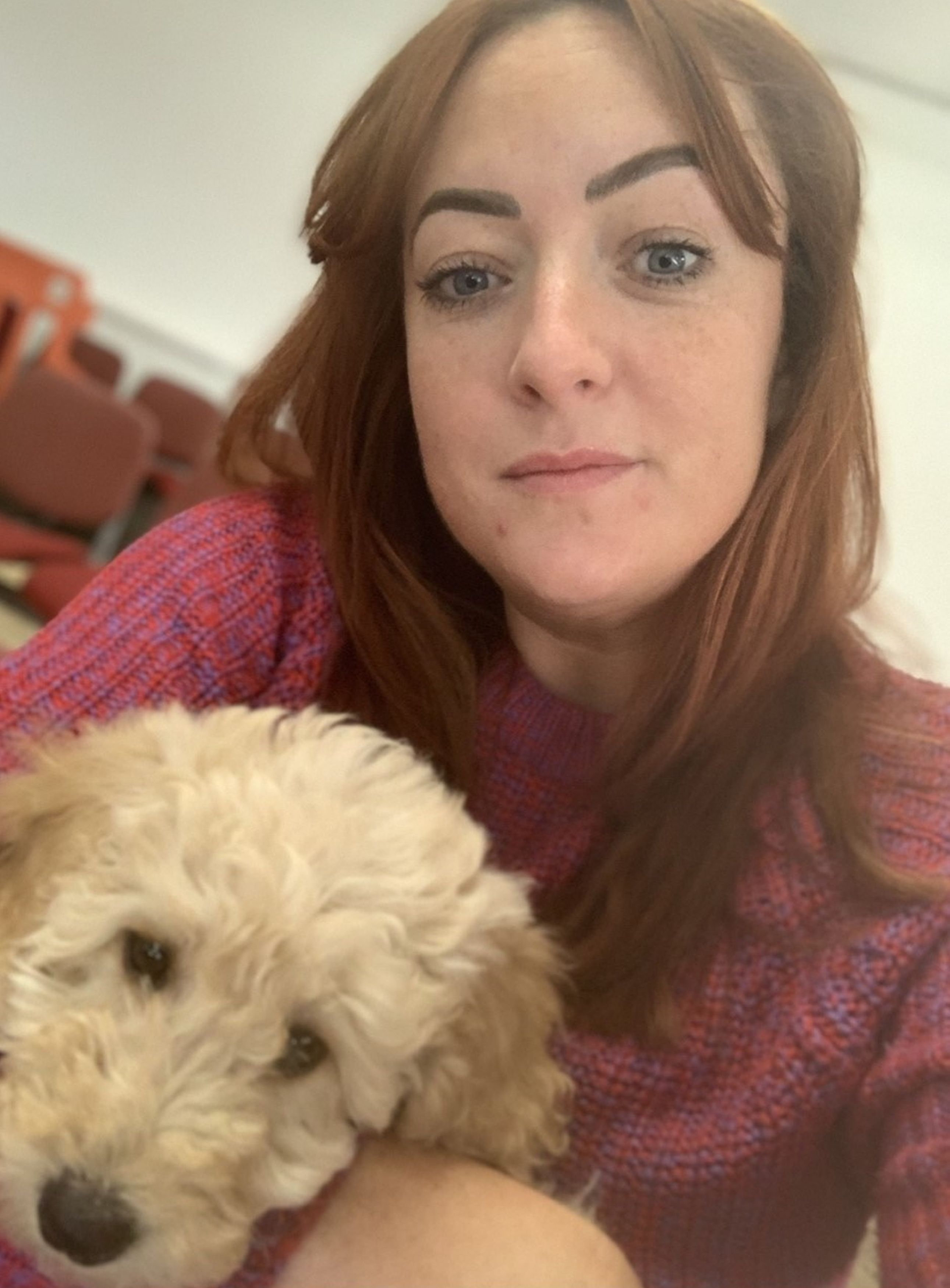 At first she thought her boyfriend Allan Kinrade was playing a prank on her but after searching for the £100, the 35-year-old realised the small fortune had been ripped apart and devoured by her miniature poodle pup Peggy.

The mum-of three spotted a small piece of a £20 bill lying on the floor which suggested the naughty 10-month-old pooch could be behind it.

But the next morning her worst fears were confirmed when she spotted the remainder of the cash on her kitchen floor in a pile of her pooch's sick. 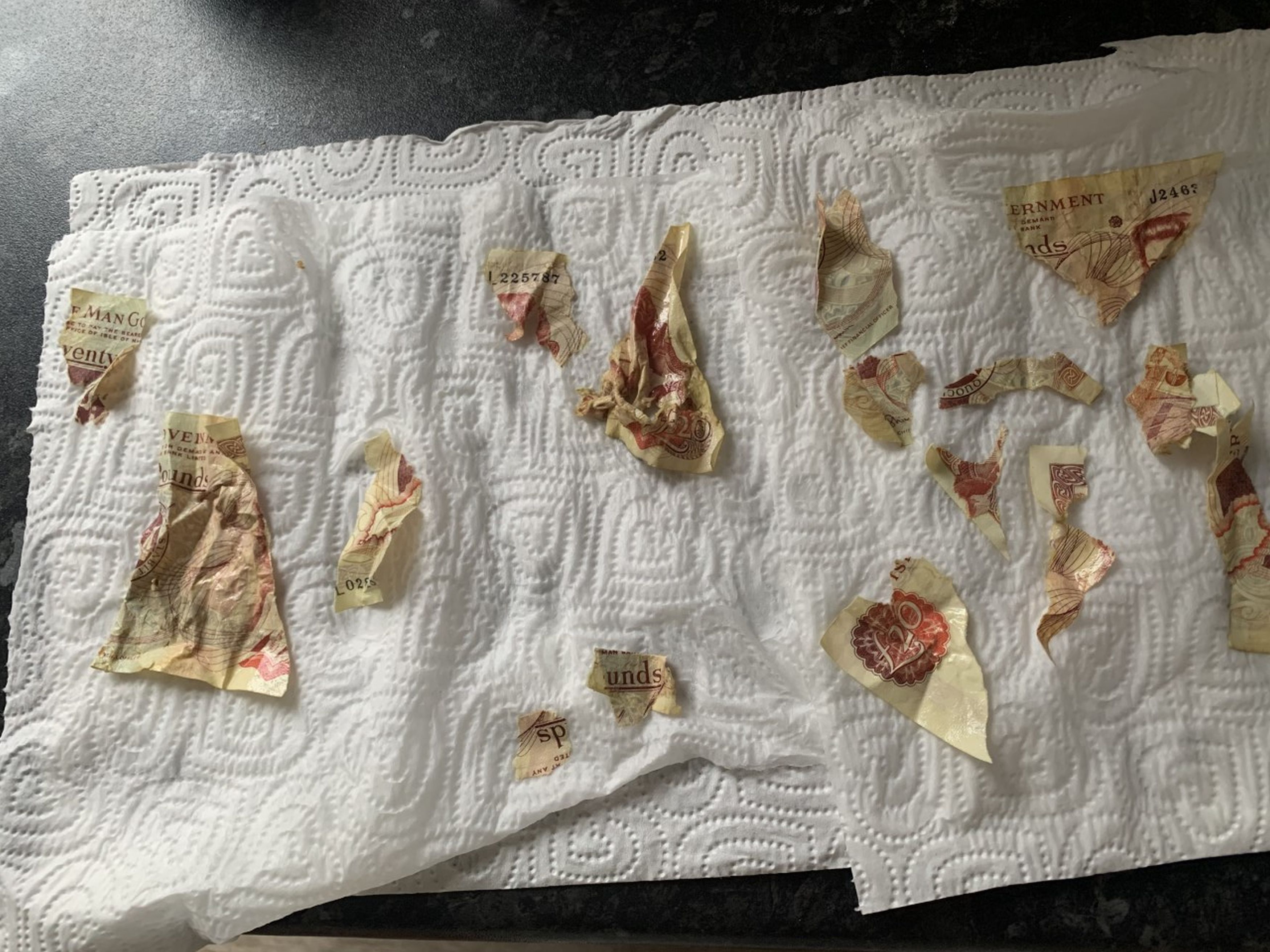 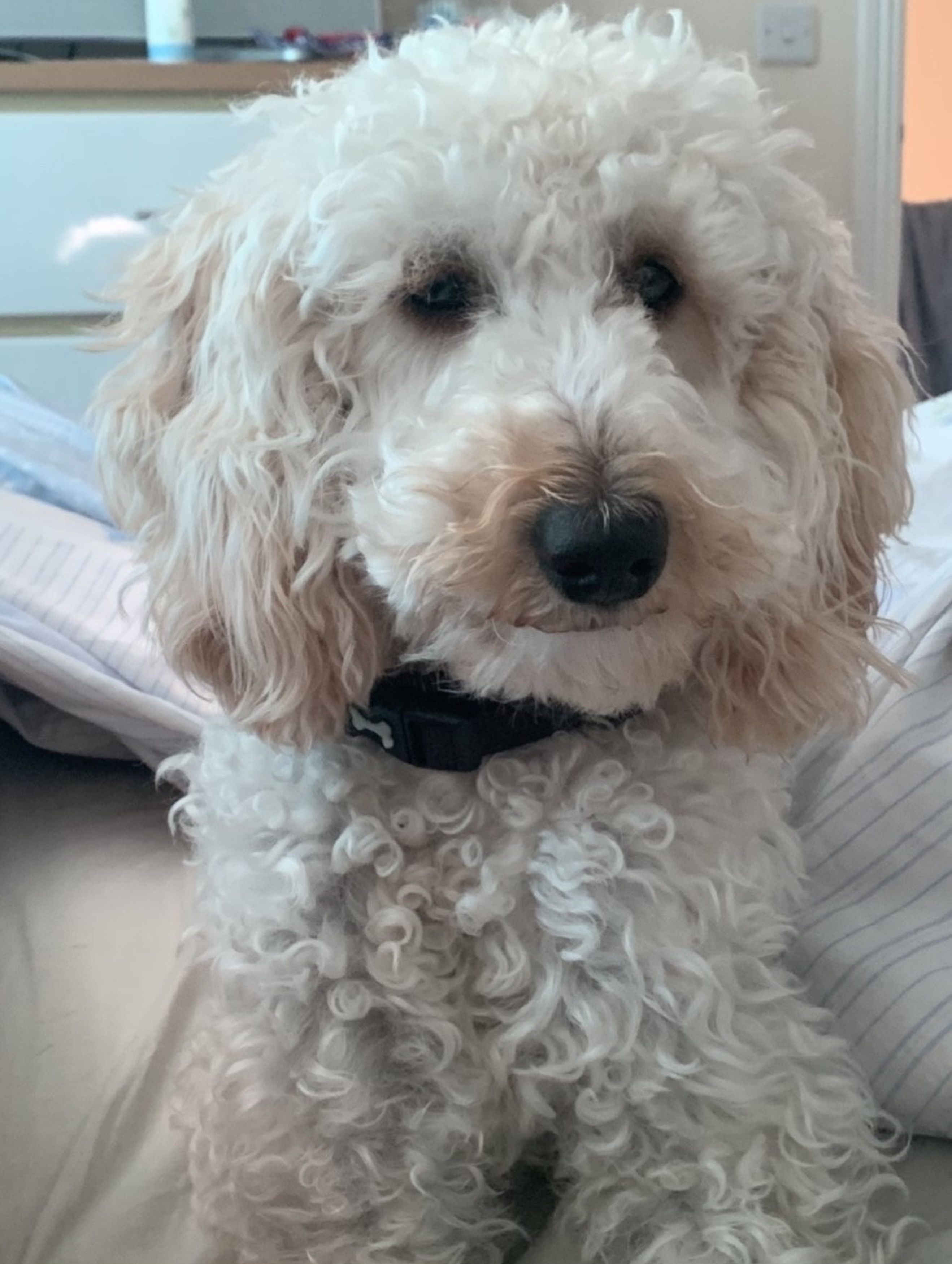 The beautician couldn't stay mad at a rather sheepish Peggy for long but has vowed to keep any amount of cash out of her reach in the future.

Jocelyn, of Douglas, Isle of Man, said: "Peggy wants to chew everything and anything that hits the floor – I'm always picking up after her.

"I keep my bedroom door closed because of her and I came in and could just see a single piece of £20 on my bed.

"I searched high and low, couldn't find anything else and thought 'there's no way she's eaten £100 – she couldn't have.'"

The mum-of-three admitted that she thought her boyfriend was behind it as"he kept laughing", and admitted she was "adamant" that she'd misplaced it. 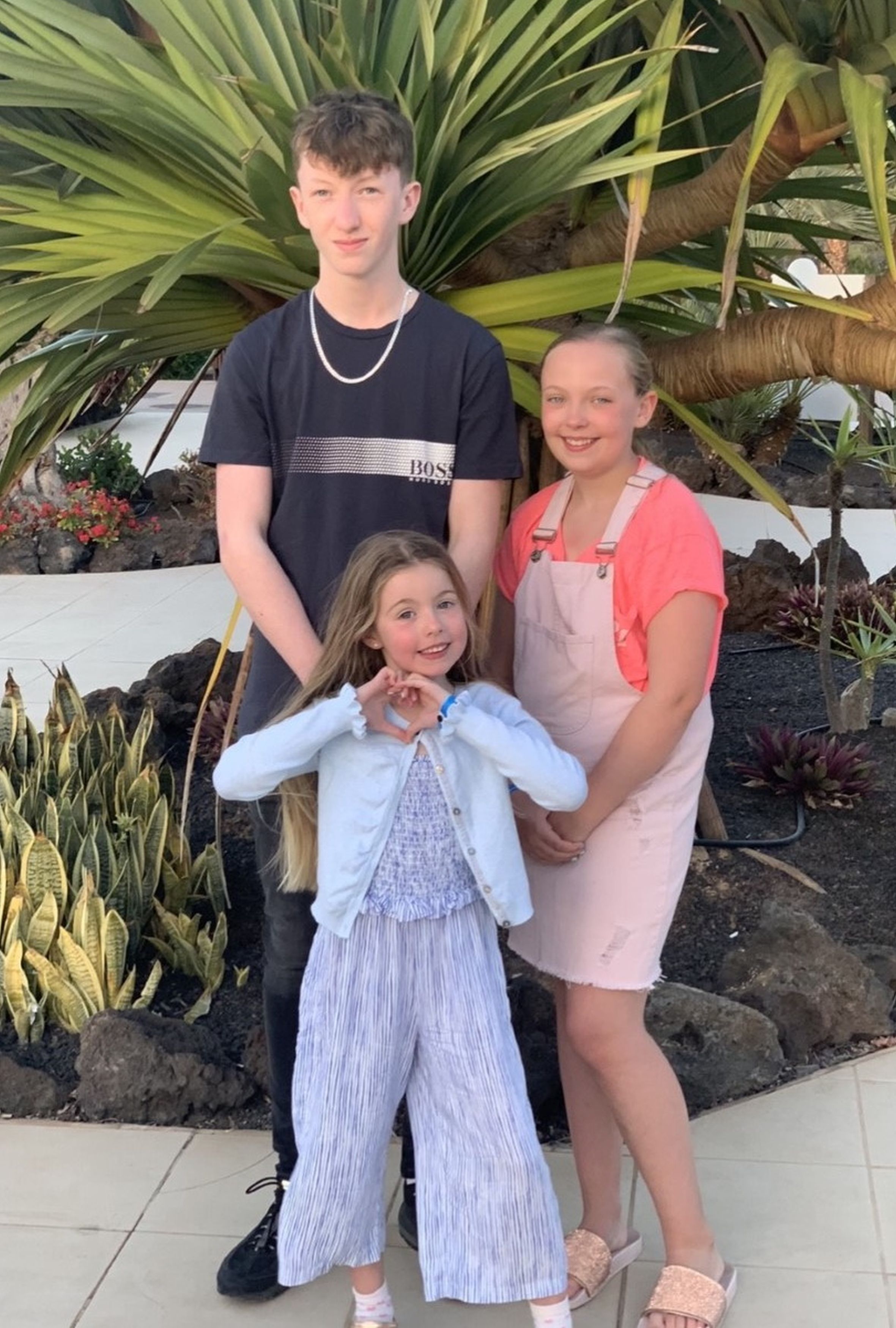 After spotting the chewed up cash on the floor, Jocelyn said: "Normally when she gets hold of something like toilet roll holders or the post, she just shreds it to pieces – she doesn't actually swallow it.

"I don't know why she decided to swallow these £20 notes, and they mustn't have gone down very well."

Even after finding the chewed up cash, Jocelyn wasn't quite ready to part with her savings.

"I thought I'd wash them to see if I can get the serial numbers because then you can possibly get your money back," she said, " but she'd just thrown up parts of each note as if to really take the mickey.

"There was no hope of getting the serial numbers for the cash – not unless I wanted to go through what came out of her back end – and I won't be doing that." 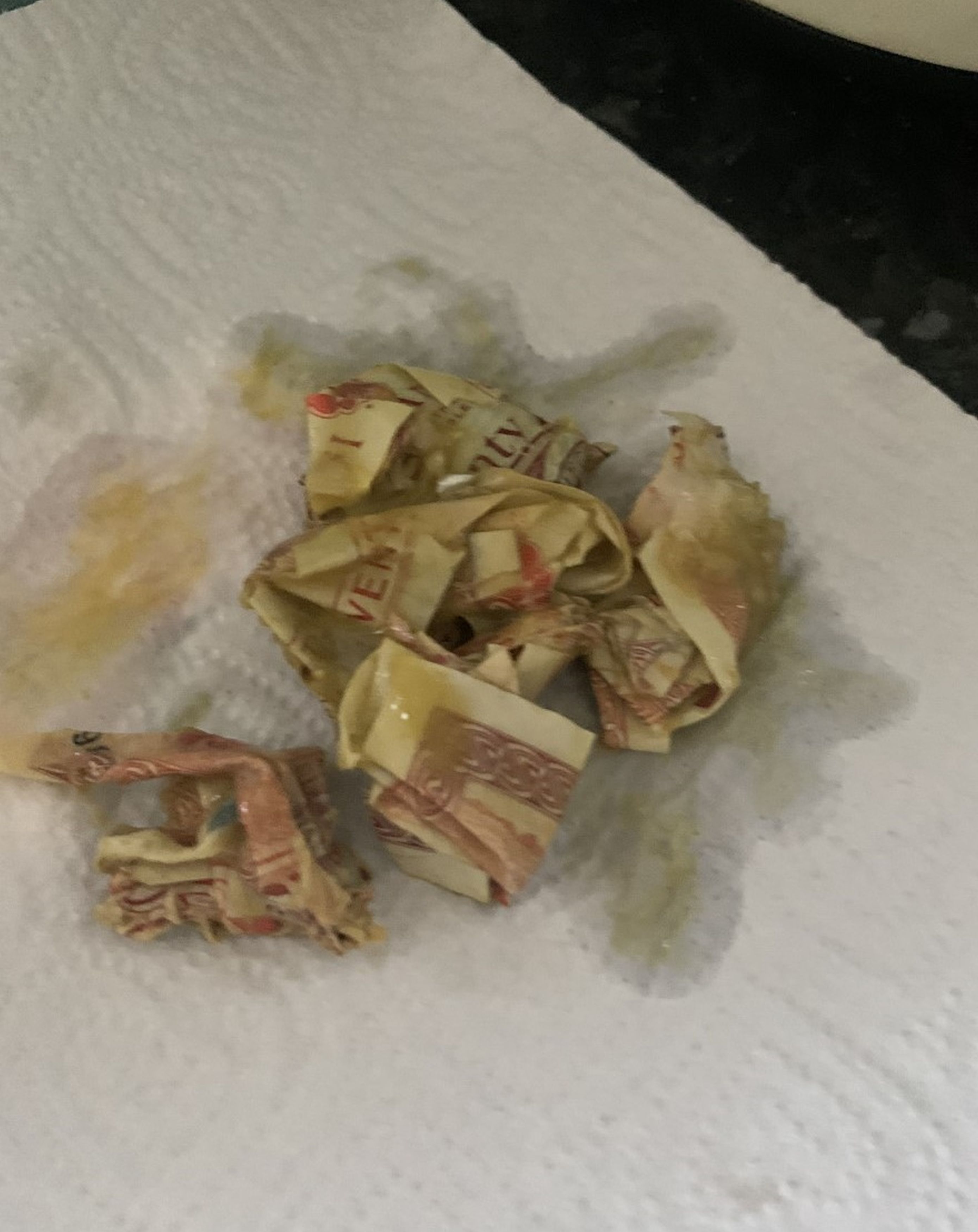 Jocelyn decided to share the ordeal on Facebook, but admitted she didn't find it funny at the time.

"I took pictures to send to my boyfriend to show him what had happened.

"Most people just find it hilarious, but know the pain that you're going through because it's a lot of money.

"My children also found it hilarious – they don't know what £100 means.

"I still don't know whether to laugh or cry – I look at her and I think I bloody love you, but you've swallowed £100."

Jocelyn eventually saw the funny side to Peggy's mischief and has forgiven the naughty pup – although she won't be leaving even a 'teeny bit' of cash lying around again.

She said: "That day I couldn't look at her, and she kept looking at me.

"She knew that she'd done something wrong and I think she was kind of laughing at me to be honest.

"She's always got a smile on her face, but you can't stay mad at her, I wish I could, but I can't.

"She is such a good dog – everybody comments on what a lovely natured and happy dog she is.

"She's brilliant and so gentle with my children – there's not an ounce of badness in her."

We also revealed how a mum-of-three gave her bland staircase a bling makeover after finally moving back into her home from a refuge.

Plus a single mum-of-five spends three years overhauling her family home on a budget and the results speak for themselves.

And thrifty mums reveal eight tips that help them save £1400 a year on food including only shopping ONCE a week.

Related posts:
August 18, 2020 Beauty and Fashion Comments Off on Mum’s horror after discovering her dog had chewed through a pile of £20 note savings she had stashed in her room
Celebrity News:
The Internet Uproar Around West Elm Caleb Is Out of Control
Succession's Brian Cox reveals Jeremy Strong engineered viral profile
Novak Djokovic is extremely disappointed to be deported from Australia
Lucy Mecklenburgh flaunts baby bump in swimsuit as she kisses fiancé Ryan Thomas
50 Cent’s GF Cuban Link ‘Sick of’ Trolls Accusing Her of Having Plastic Surgery
Recent Posts