Staring at the private Facebook message on her phone, Leonie Edwards felt her blood run cold. From a friend’s ex-girlfriend, it read: 'Aaron and I have been having an affair for two years'.

“My fiance Aaron and I had been together for 10 years, had a four-year-old child, and were planning our wedding,” says Leonie, 30, a nail technician from Studley, Warwickshire. 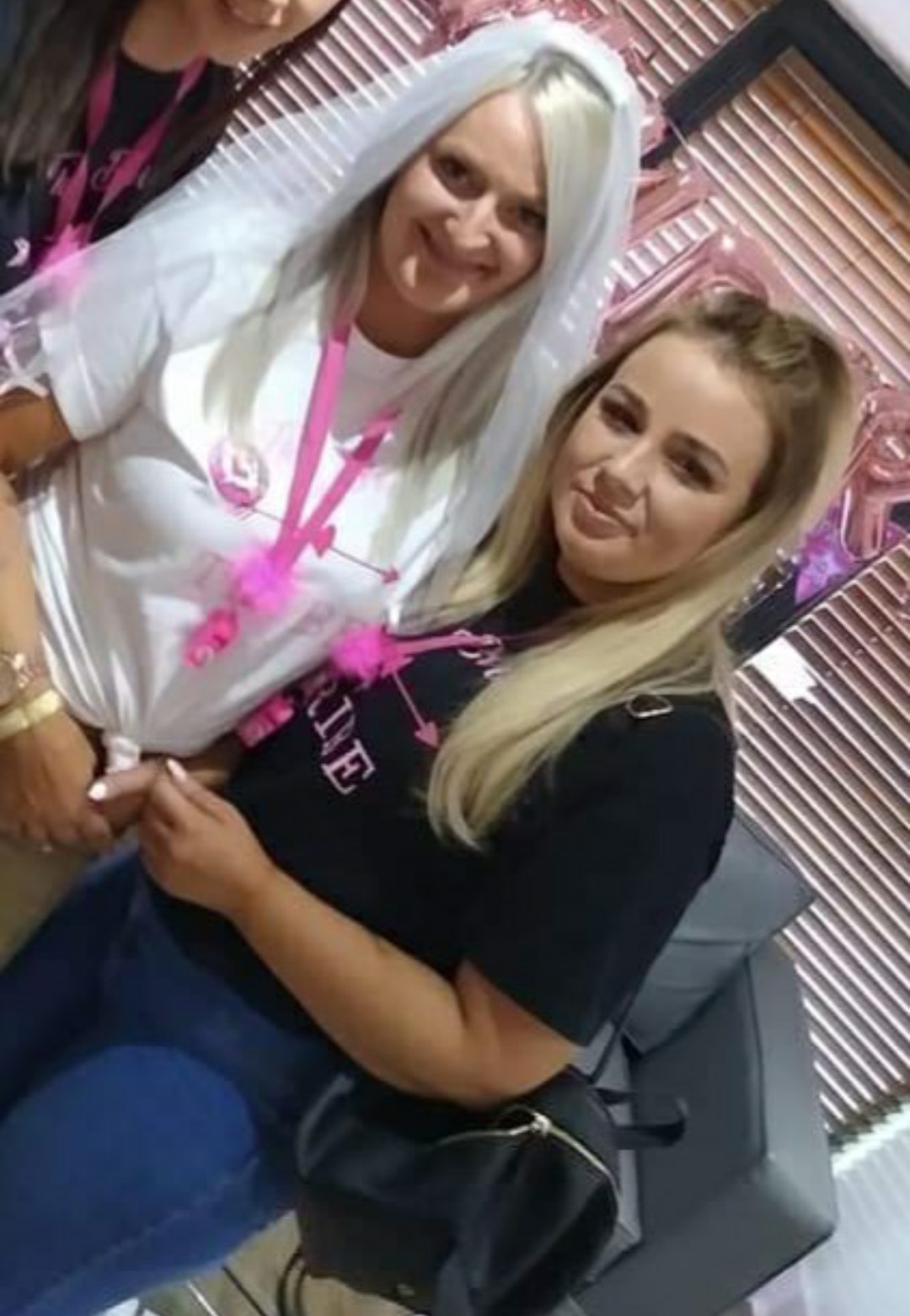 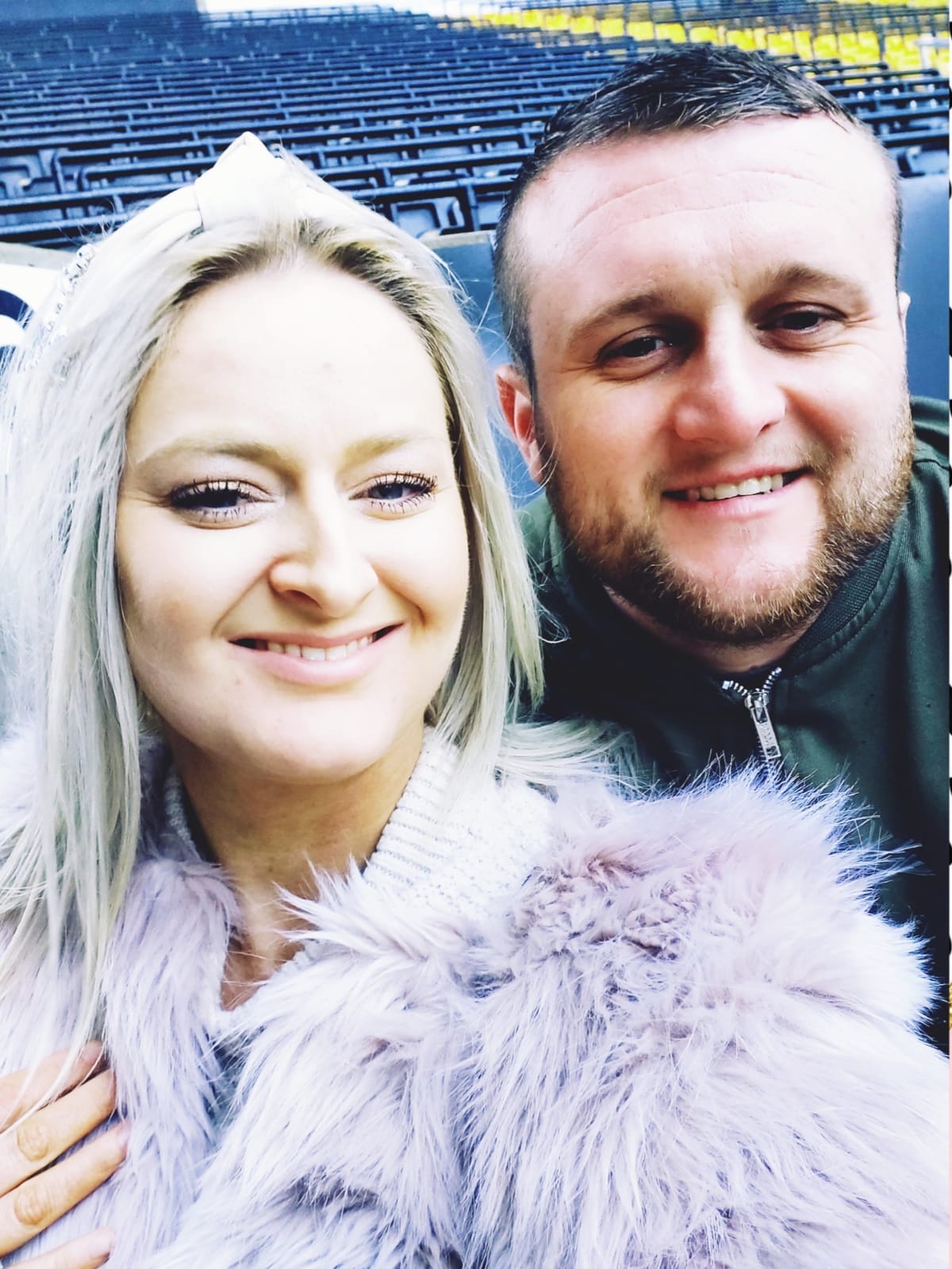 “I was horrified and filled with disbelief."

Leonie faced more heartbreak after their split when Aaron hooked up with Leonie’s best friend Jenna, 29 – who was supposed to be maid of honour at their wedding. “It was a real blow.”

Leonie and Aaron, who works in the building industry, first met in a pub in 2010.  He proposed three years later, then their child was born in 2016. Around two years ago they began to plan their wedding.

“We were always classed as a golden couple,” she says. “I loved his banter, jokes and big brown eyes. We were really happy.

"We got on brilliantly, we were always having a laugh. We only bickered over silly stuff.” 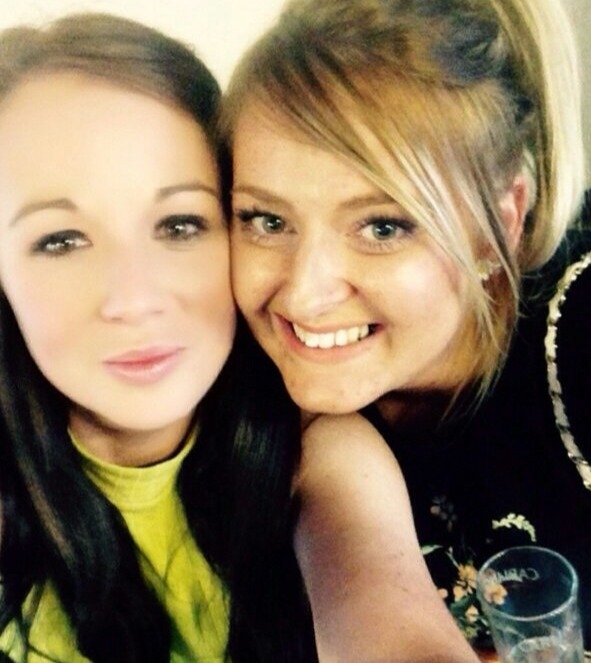 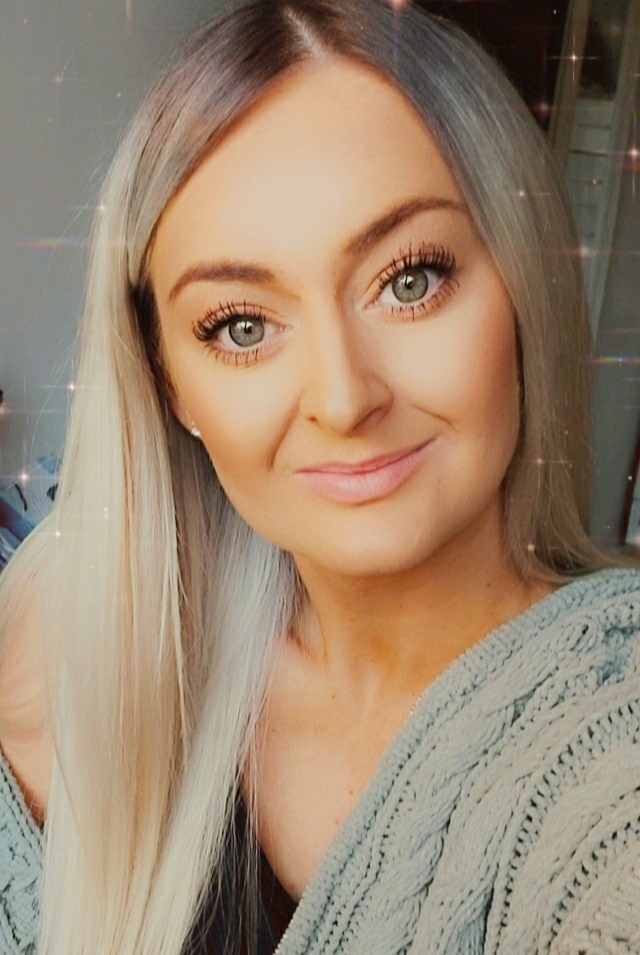 “In February 2018 we booked a venue for June 2020. I chose my five bridesmaids and sent them all a decorated box with a bracelet and a scroll inside, asking them to be by my side on my big day.

“All of them were delighted, especially, Jenna, who I’d chosen as my maid of honour.

"She was my closest friend and I trusted her more than anyone.

“We’d met seven years ago at a party. We hit it off instantly. We exchanged numbers and met the following weekend and it just went from there. She got along with Aaron. We were all really close.”

Jenna, who had a boyfriend when she first met Leonie but subsequently became single, helped her choose a sleeveless, layered, white dress with diamante buttons costing nearly £1k, and planned her hen do – a weekend in Liverpool in September 2019 with party games and custom-made T-shirts saying ‘Team Bride’.

But when the wedding was only a few months away, the pandemic struck, and Leonie and Aaron had to postpone their big day.

“We were so disappointed, but we’d already waited seven years – and Aaron said he’d wait a lifetime to marry me,” says Leonie.

But then, in May this year, Leonie received the message that blew her world apart. 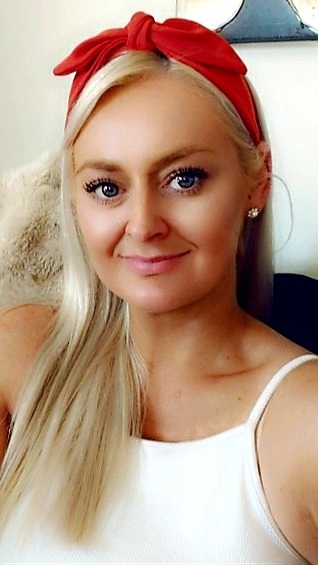 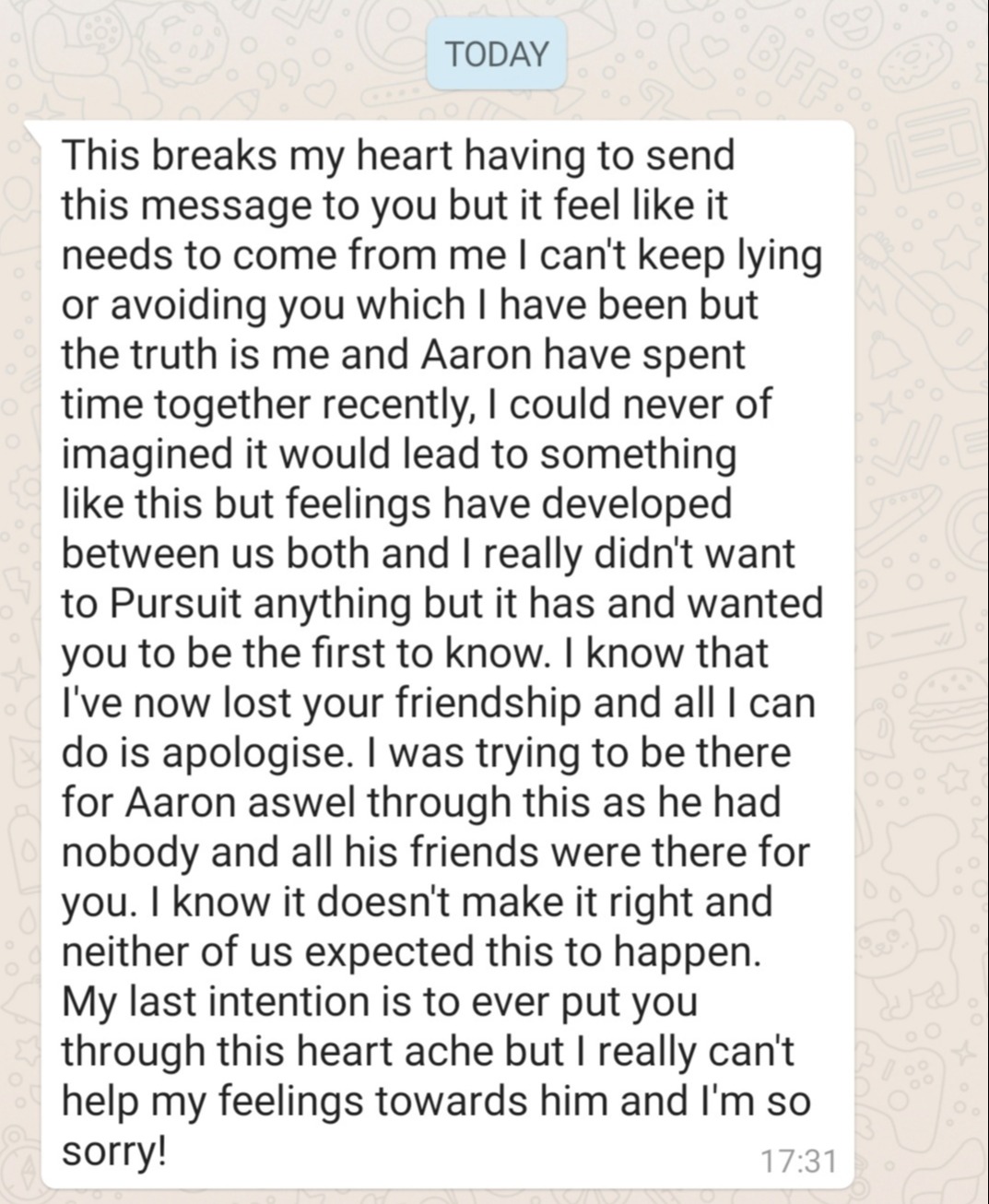 “In our 10 years together, Aaron had never given me any reason not to trust him, but I didn’t know what to believe. I went to find him, showed him the message and the colour drained from his face as he insisted it was a load of rubbish.

“So I messaged the woman, saying that Aaron denied it – but she replied immediately with lots of screenshots and videos – including an explicit Facetime call between the two of them with Aaron’s face on the corner of the screen.”

Devastated, Leonie crumpled to the floor as Aaron mumbled sorry and ran out the door. In floods of tears, she phoned Jenna, who raced round with wine and tissues to comfort her.

“I couldn’t make any sense of it,” says Leonie. “He never left his phone lying around, but other than that, there were no signs. Jenna couldn’t believe it either – she came round straight away to comfort me.

The following day, Aaron came back, insisting it was a one-night stand. I told him I didn’t believe him and he moved out, sleeping in his van before moving to a flat.

“Over the next few weeks, with the help of Jenna and my family, I cancelled the wedding, losing more than £10k which Aaron paid for.

“Everyone was so shocked – Aaron and I had been seen as a golden couple, the type everyone aspired to be like. For the next month, I struggled to get out of bed. I could barely eat or sleep – I’d never felt pain like it.

Jenna was my rock – she phoned me every day to see how I was, organised girls’ nights out to cheer me up, and said all the right things.

“Jenna was my rock – she phoned me every day to see how I was, organised girls’ nights out to cheer me up, and said all the right things – like reminding me that no other girl would ever want Aaron, after what he’d done.”

A few weeks later, however, Jenna suddenly stopped answering Leonie’s calls, began to take ages replying to texts, and cancelled plans to meet-up. Worried she had done something to upset her, Leonie asked what was wrong, but Jenna insisted that she was just busy at work.

Puzzled, Leonie decided to give her some space – until, around three weeks later, she got a message from Jenna that knocked her for six:

'I can’t keep lying or avoiding you.

'The truth is me and Aaron have spent time together recently and feelings have developed between us. My last intention is to put you through this heartache, but I really can’t help the way I feel about him'.

“I was speechless,” says Leonie. “I actually ran to the toilet and heaved, then sobbed – I couldn’t believe it. I replied to her saying: ‘You’re meant to be my best friend and my Maid of Honour. How could you do this to me?’

Then I rang Aaron, but he didn’t answer. 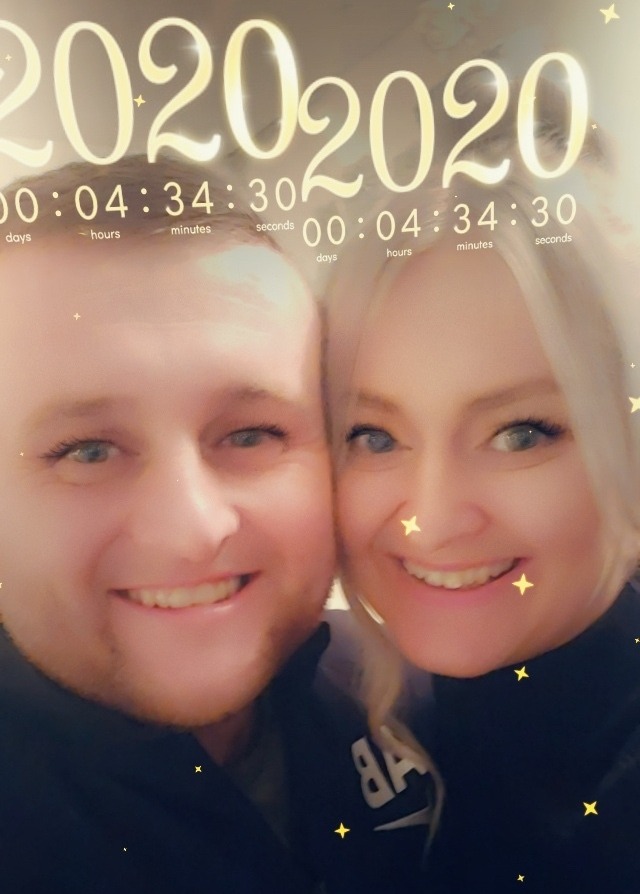 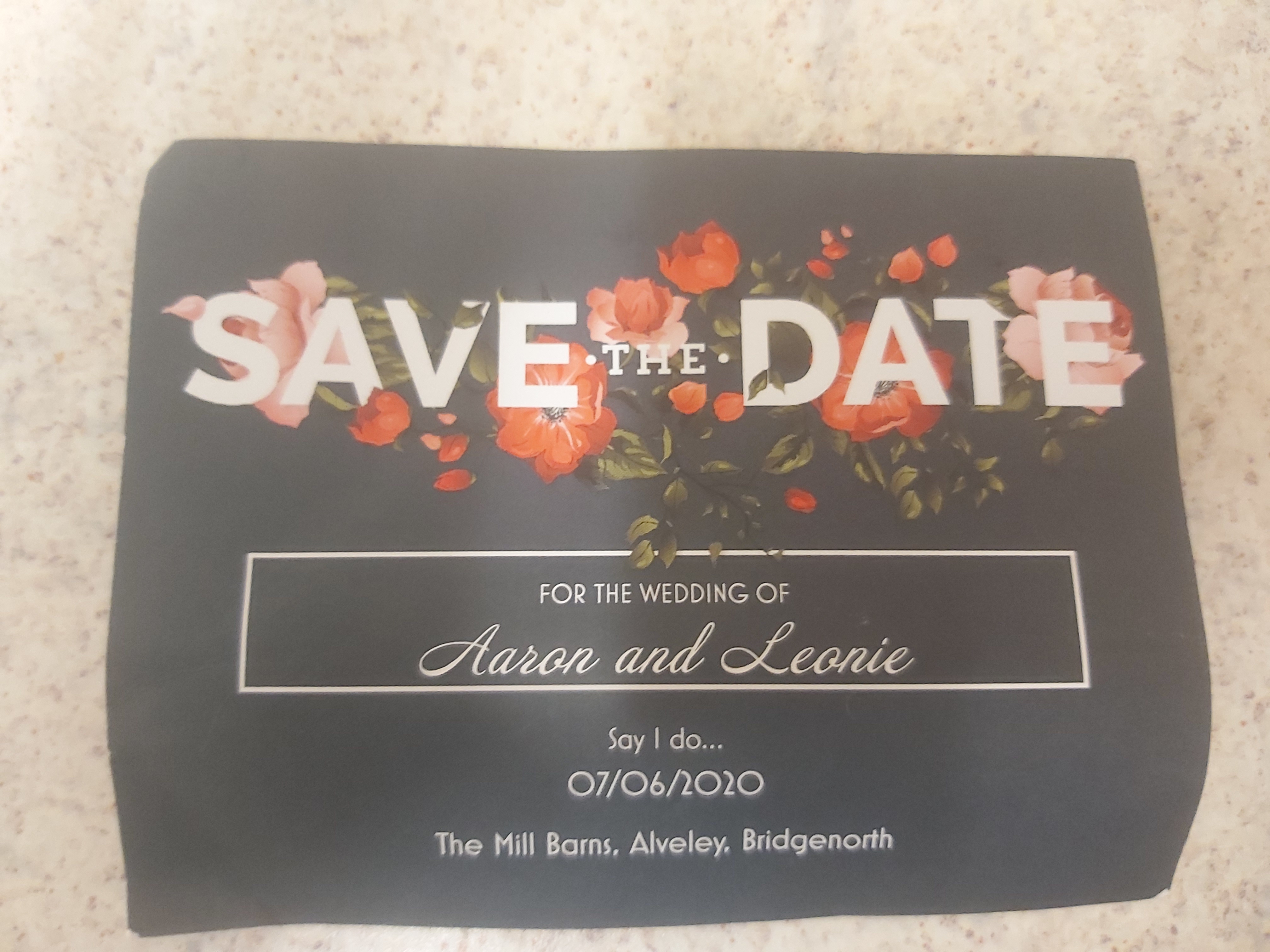 My friends and family were gobsmacked, they had no words. What can you say?

A week later, Leonie heard that Aaron and Jenna had moved in together, then they changed their status on Facebook to ‘In a relationship’ and began posting photos of each other,” she says.

“I’ve not spoken to Jenna since. I don’t miss her.”

Now, Leonie is still single, with no plans to start dating soon.

“As far as I’m concerned, they’re welcome to each other. I don’t need people like that in my life.”

Aaron said: Yeah, I’m with Jenna. You know what, crack on, I’m not bothered.

Jenna said: I’m not commenting on anything at all.

In more shocking news, Abi caught her boyfriend having sex with her best friend in their bed.

Meanwhile Vicki Low, from Scotland, busted her man playing away… but took him back anyway.

And it has been revealed there are seven types of cheater – is your partner one of them?