A MUM has revealed her heartache after being left out of her best friend's bridal party – because she gained weight during pregnancy.

Posting on Mumsnet, the woman said she gave birth last year and has gained three stone as a result. 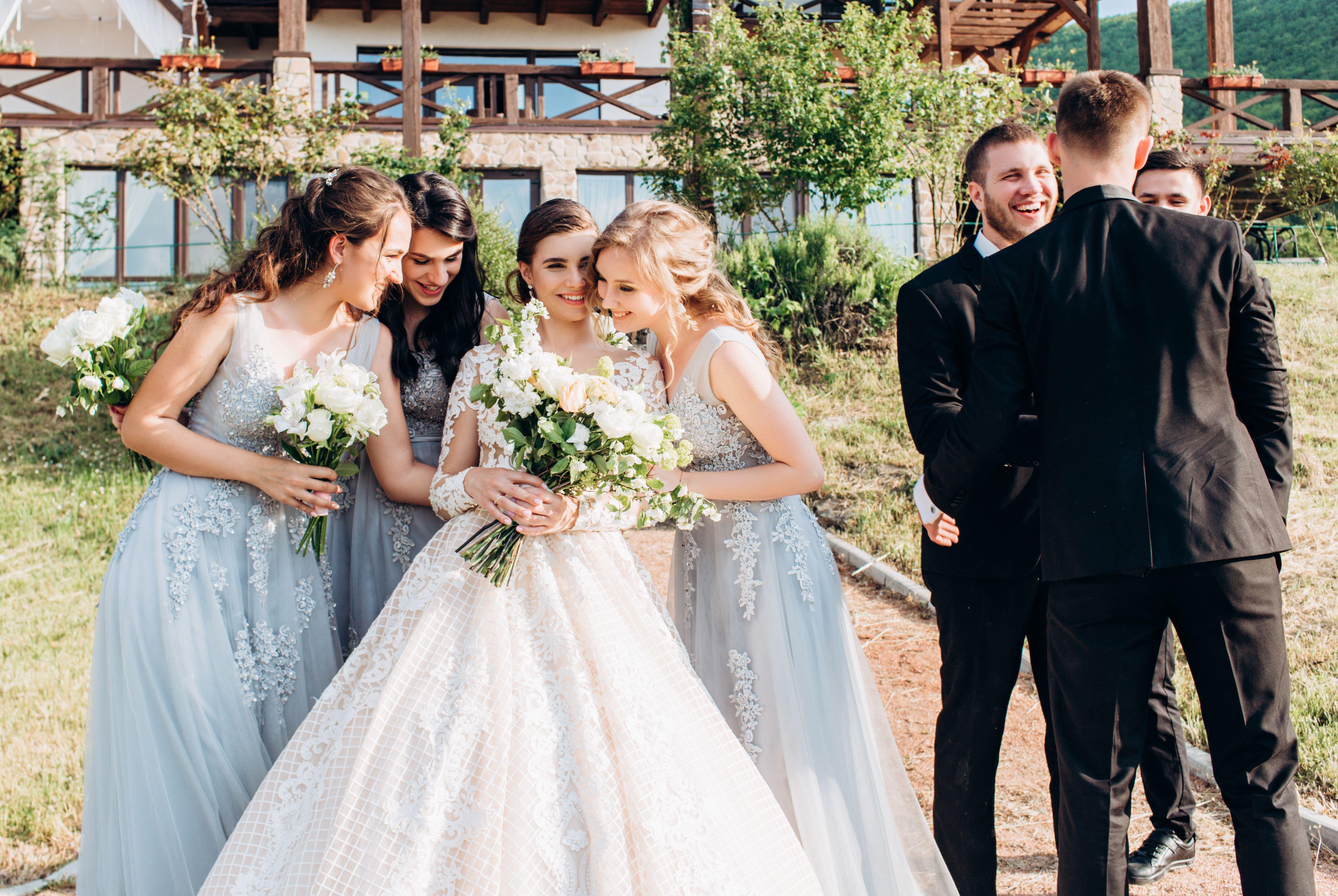 She said of her engaged pal: "We’ve been friends for a long time and over the years she has always made references to me being a bridesmaid when she gets married.

"This afternoon she tagged 4 friends on Facebook introducing them as her 'team bride'.

"I felt really upset about it, but still, I messaged her to say congratulations on the team bride.

"She replied saying she really wanted me to be a part of it but it wouldn’t have been right for me." 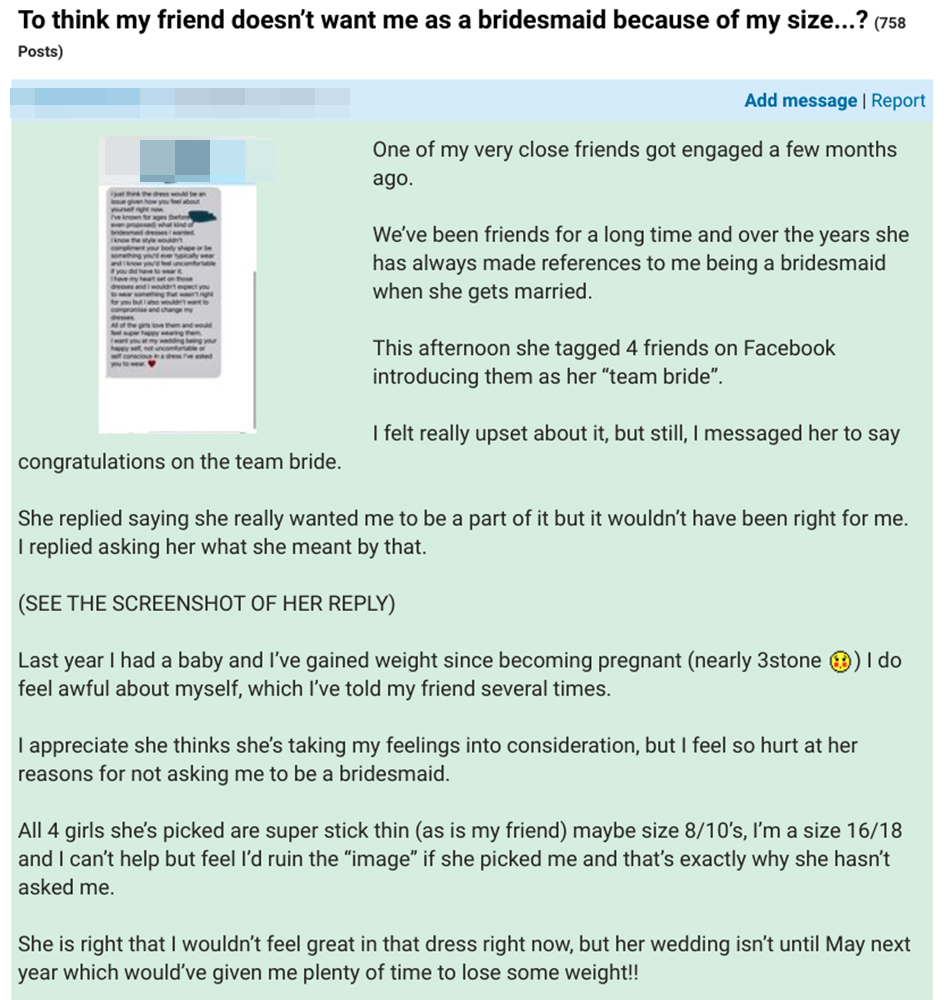 The bride went onto claim her choice of bridesmaid dress "would be an issue given how you feel about yourself right now".

The friend added: "Last year I had a baby and I’ve gained weight since becoming pregnant (nearly 3stone).

"I do feel awful about myself, which I’ve told my friend several times… 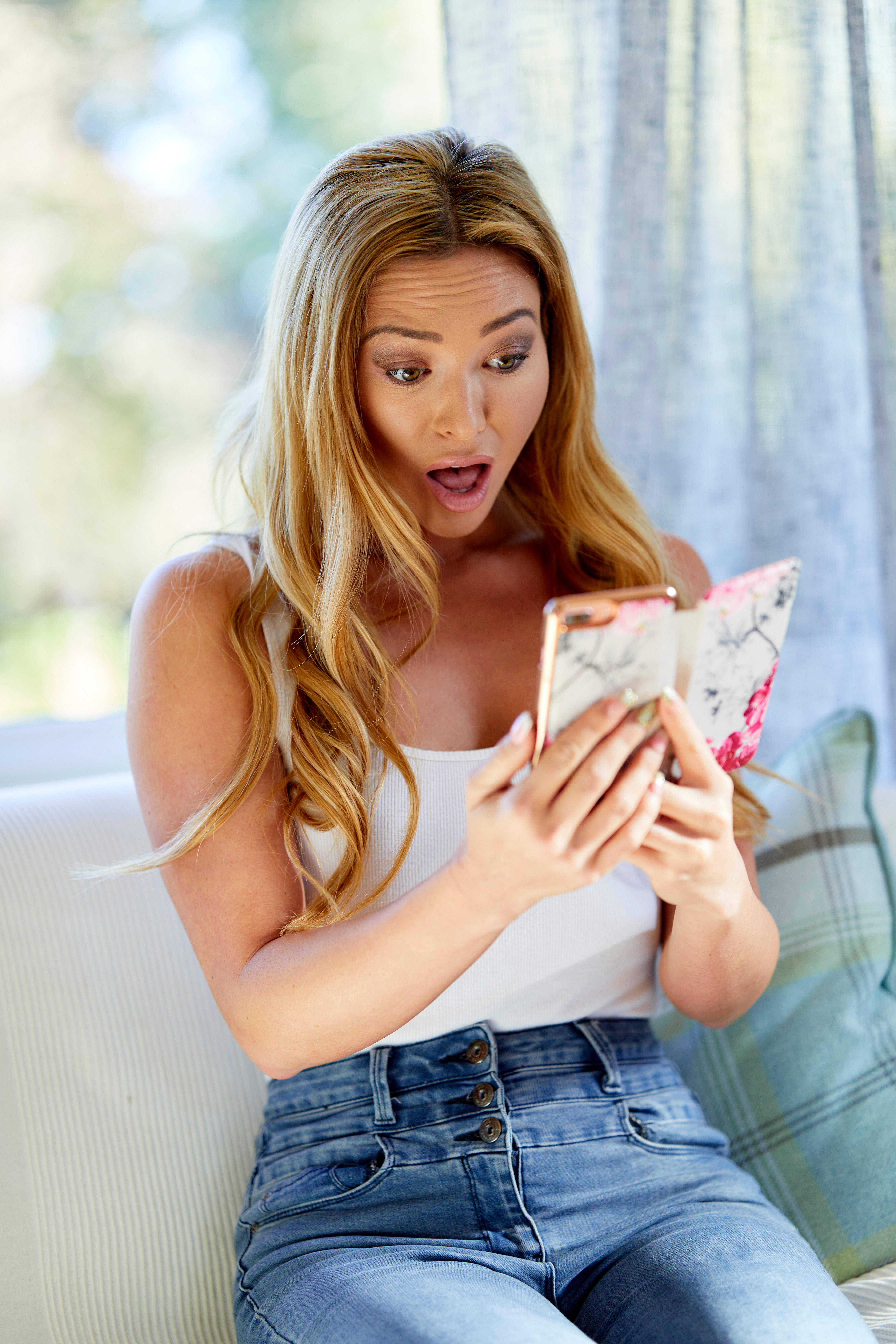 "I feel so hurt at her reasons for not asking me to be a bridesmaid.

"She is right that I wouldn’t feel great in that dress right now, but her wedding isn’t until May next year which would’ve given me plenty of time to lose some weight!!

"AIBU to think she doesn’t want me in her team bride because of how I look, she’s thinking more about having 'perfect' pictures, and just using my feelings as an excuse?" 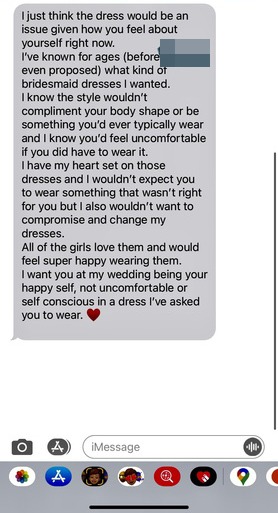 The woman also shared a text message from the bride, where she justified leaving her pal out.

It reads: "I just think the dress would be an issue given how you feel about yourself right now.

"I know the style wouldn't compliment your body shape or be something you'd ever typically wear and I know you'd feel uncomfortable if you did have to wear it.

"I have my heart set on those dresses and I wouldn't expect you to wear something that wasn't right for you, but I also wouldn't want to compromise and change my dresses.

"All of the girls love them and feel super happy wearing them."

Others suggested the woman should swerve the wedding altogether.

One woman commented: "She is not a friend! Who on earth prioritises the dress they want their bridesmaids to wear above having actual close friends as bridesmaids!"

While another said: "Jesus. Op, that is absolutely brutal. What a horrible person she is. You don't need someone that superficial in your life."