A PARENTS prank has gone viral after the couple smeared chocolate on their three-year-old boy and convinced him it was poo.

In the video that's been shared online, the young boy named Frankie was left gagging at the thought of being completely covered in the brown stuff – which his parents later revealed was Nutella. 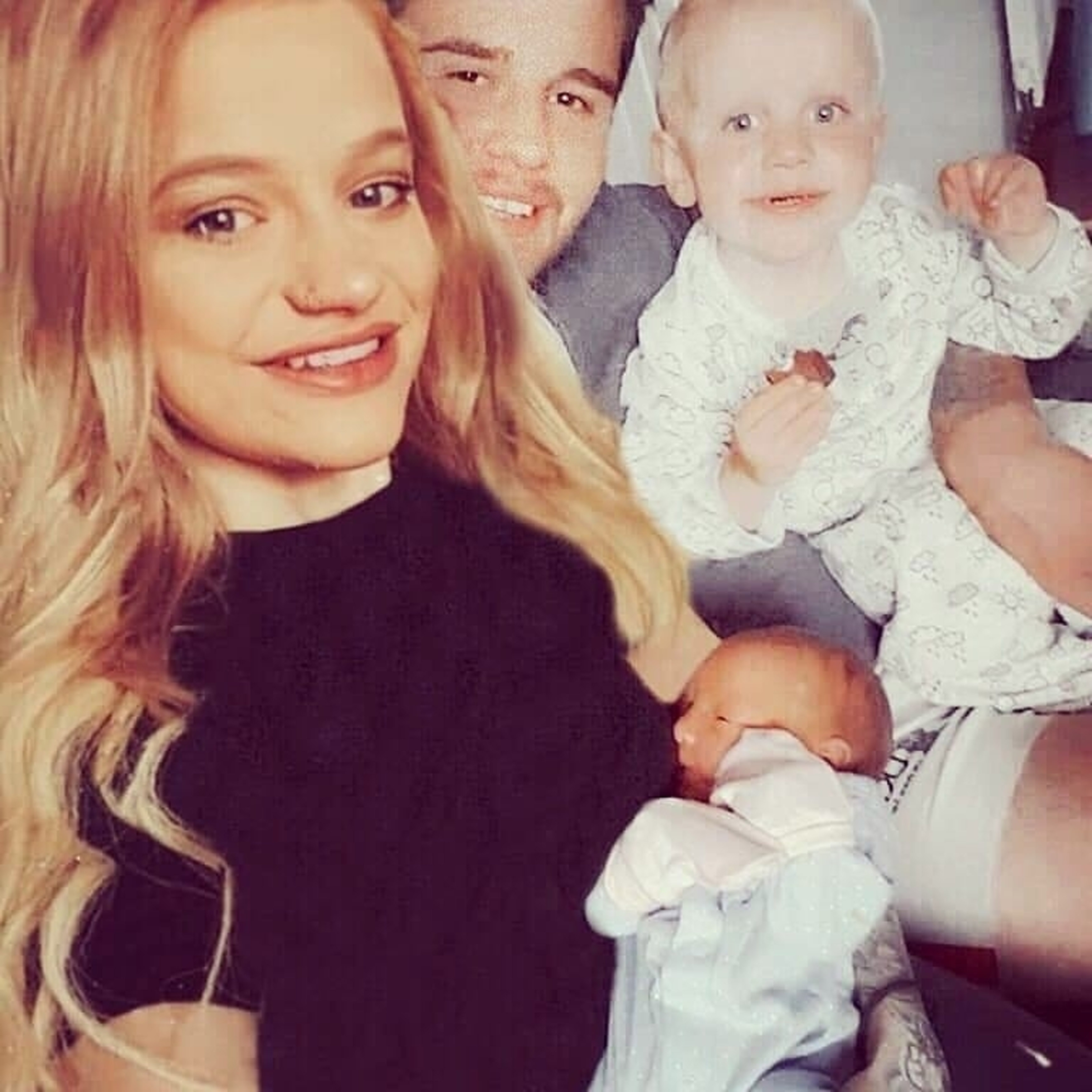 It started with Bobby, 24,  asking his son to fetch him some toilet paper, and upon returning he smeared the chocolate spread on Frankie's arm claiming it was poo.

Falling for the prank, the youngster quickly tried to remove the "poo"  by rubbing his arm on the nearby sofa, but his prankster dad wiped more on the little guys nose telling him to "smell it" – further adding to his distress.

It wasn't  long before the unimpressed Frankie started gagging at the thought of being covered in the brown stuff, which had his parents in hysterics. 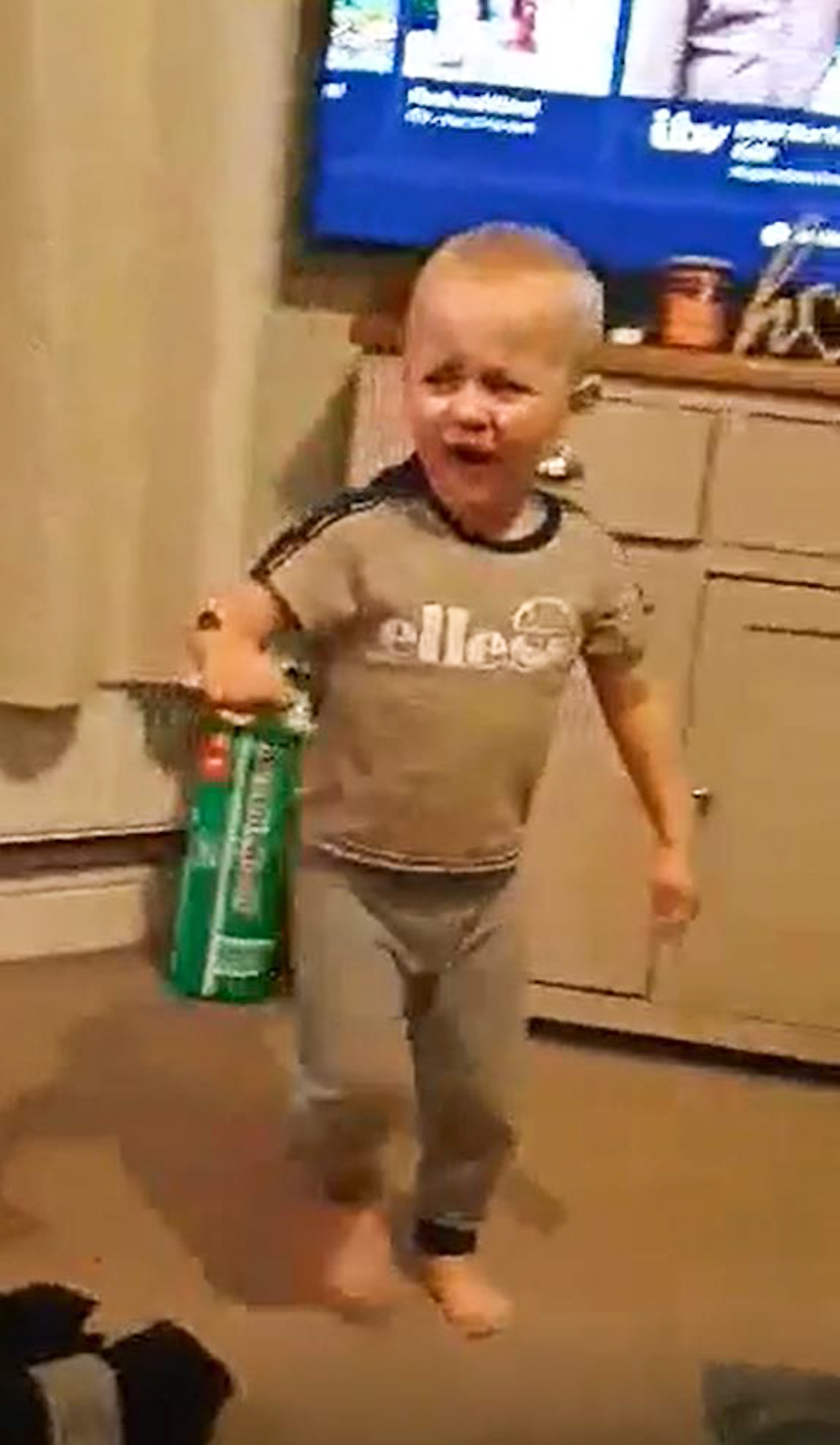 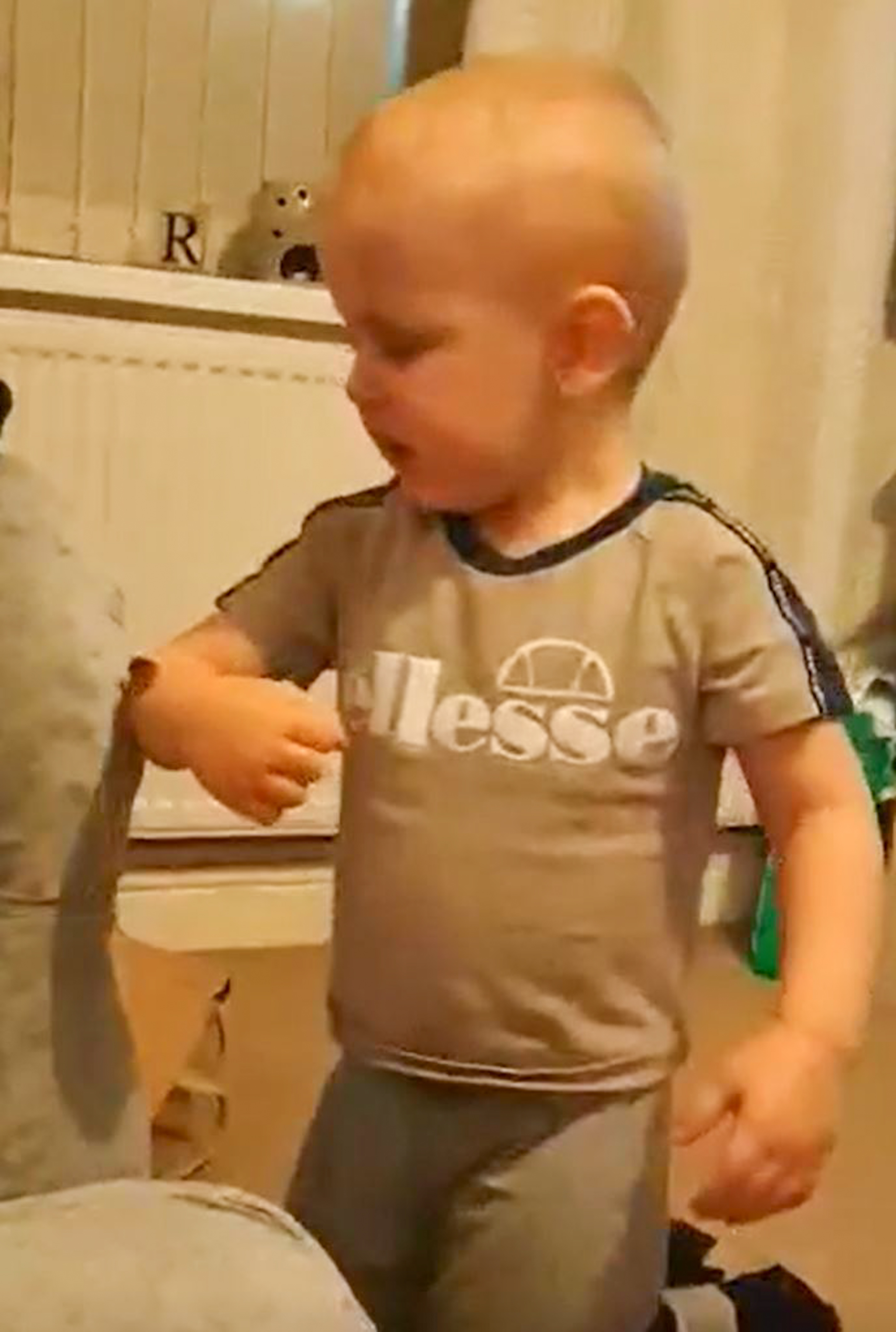 But luckily for Frankie the prank only last just under one minute before he was told the truth, after his mum Rubbee decided it was time to end the joke, to which he just "laughed and walked off."

Speaking of the funny moment, Rubee said:"Frankie almost started crying when Bobby wiped the chocolate on him.

"He's always gagging at his little sister, Elsie, who is eight months old, when she has done a poo, so I knew this would be the perfect prank – he's such a funny character."

The playful parents got the idea from a new trend of pranks parents are pulling on their children, tricking them into believing that chocolate is poo. 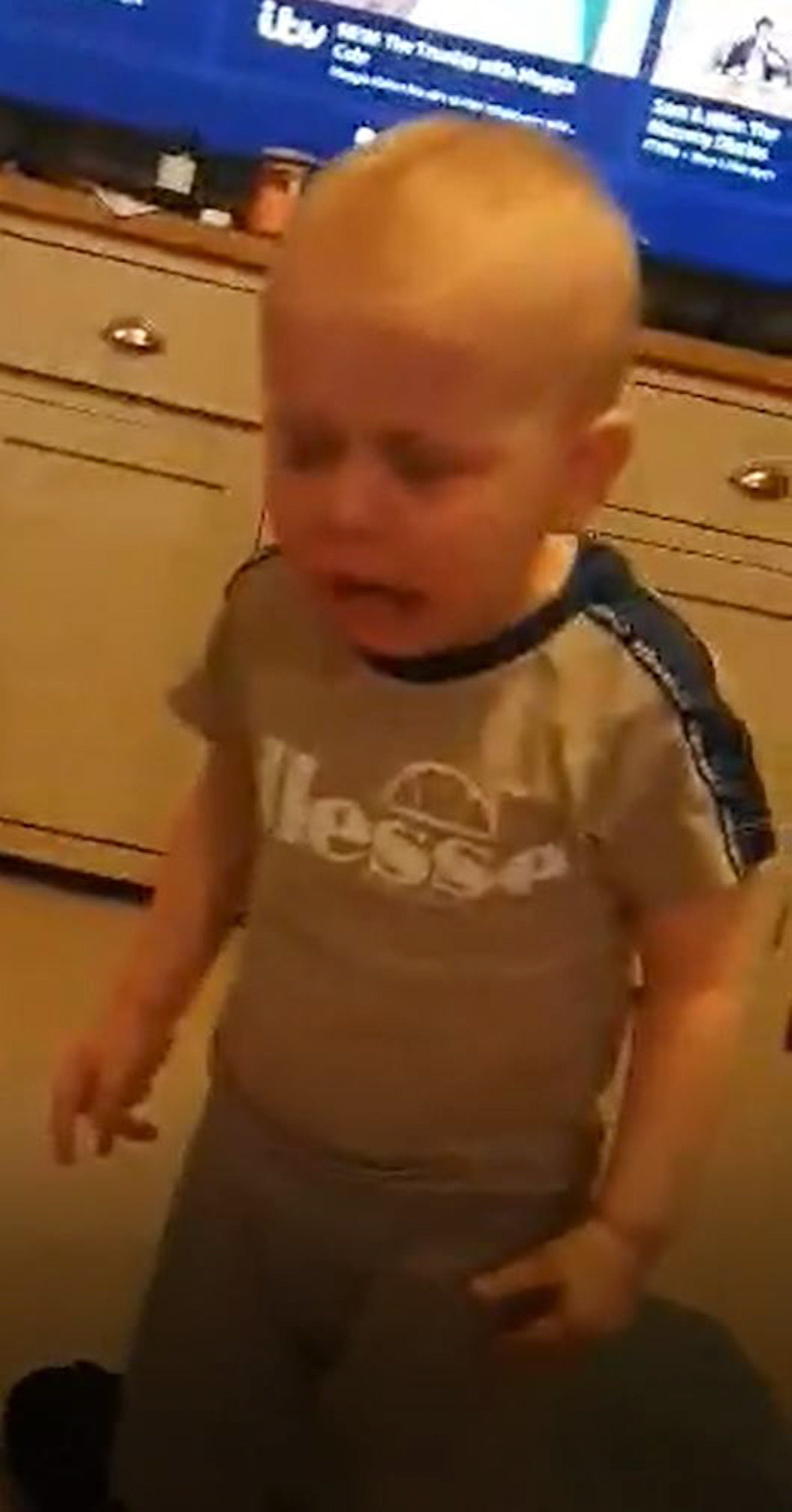 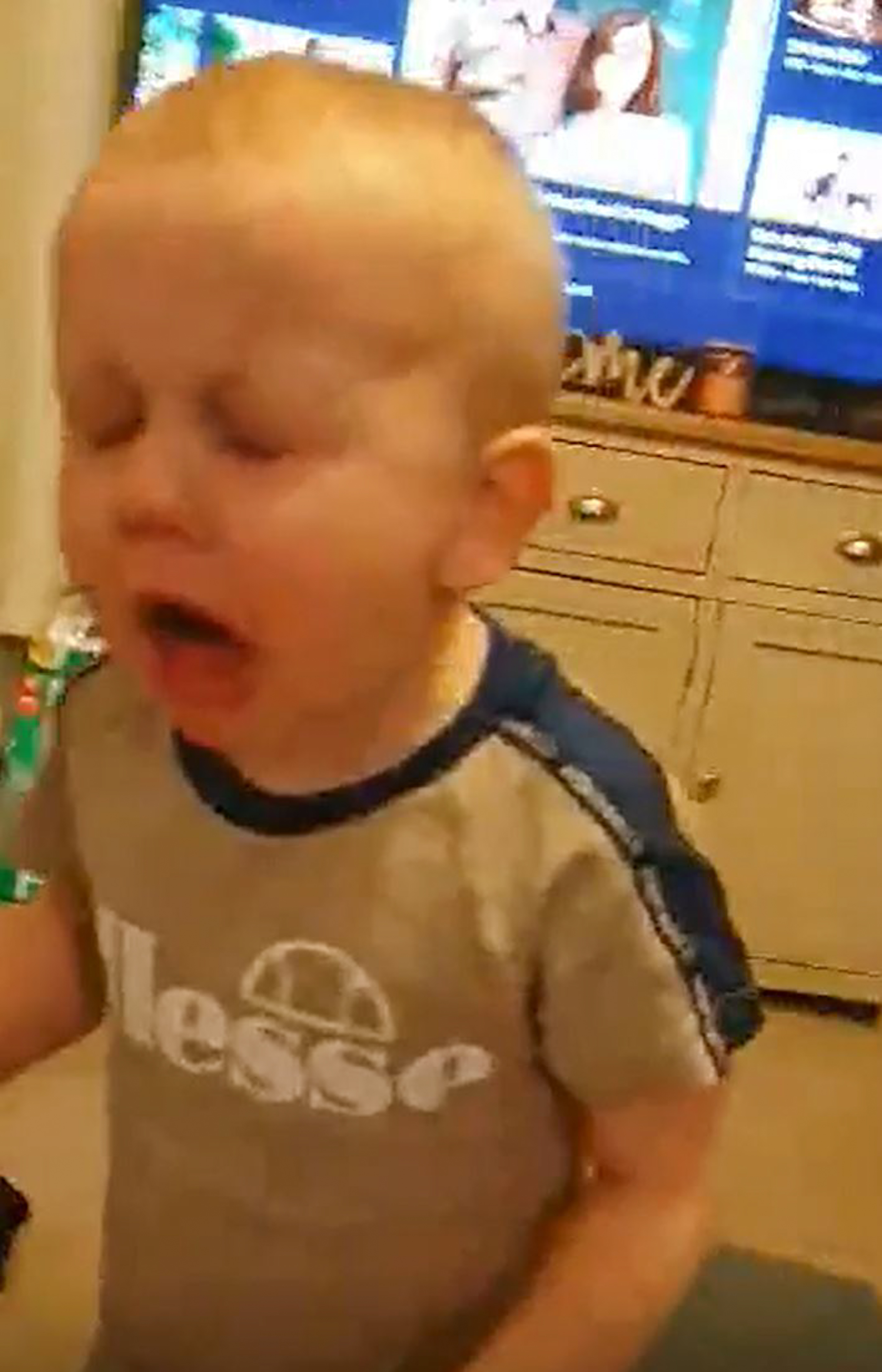 Since Rubee uploaded the video to her Facebook, it's been shared more than 26,000 times and seen by over a million people – and has also been featured on the popular Tradesman Banter Facebook page.

She said: "I have been shocked by the amount of people who have viewed the video as it's now over one million which is crazy.

"We've both received dozens of messages from people who find it just as funny as us."

Speaking to The Hull, Rubee said:“It’s harmless fun, and you can see that Frankie is grinning in the video.

“This is the first time I have ever done anything like this, and it was so funny.

In other parenting news, this mum shows off hand painted Mario Kart mural – but people think it looks like something MUCH ruder.

Plus, a children’s book explaining how babies are made goes viral for its bizarre explanation of sexual positions.

Meanwhile, this mum shares her fake tan fail which had her mates calling her ‘Worzel Gummidge’.

Related posts:
March 8, 2020 Beauty and Fashion Comments Off on Parents trick son, 3, with hilarious viral Nutella prank and his reaction is priceless
Celebrity News:
What Is Offset's Real Name?
How Did Courteney Cox Meet Boyfriend Johnny McDaid? What Is Their Age Difference?
It Was Love at First Sight When Track Athletes Tara Davis and Hunter Woodhall Met at Age 16
Scooter Braun Officially Files For Divorce From Yael Cohen – & Already Has A Prenup In Place!
OMG! Prince William Is Also Writing a Book After Harry's Memoir News
Recent Posts