Queen Elizabeth II, 95, made a diplomatic nod to the North, wearing blue. Blue is the colour of the Scottish flag. She also wore a diamond, pearl and gold brooch. The piece is often referred to as the Pearl Trefoil Brooch, although it has also been referred to as a quatrefoil brooch.

Some claim the piece has three overlapping loops of gems, while some four, hence the confusion over terms.

Regardless, the brooch is clearly a firm favourite of Her Majesty.

In fact, she has owned the piece for at least 36 years, first wearing it for the Christmas broadcast in 1985.

For the occasion, she wore the brooch with two strings of pearls and a light blue dress. 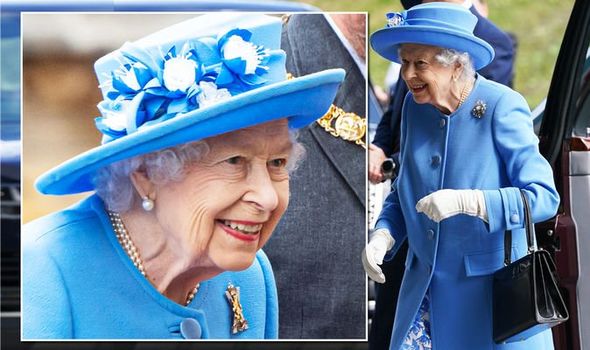 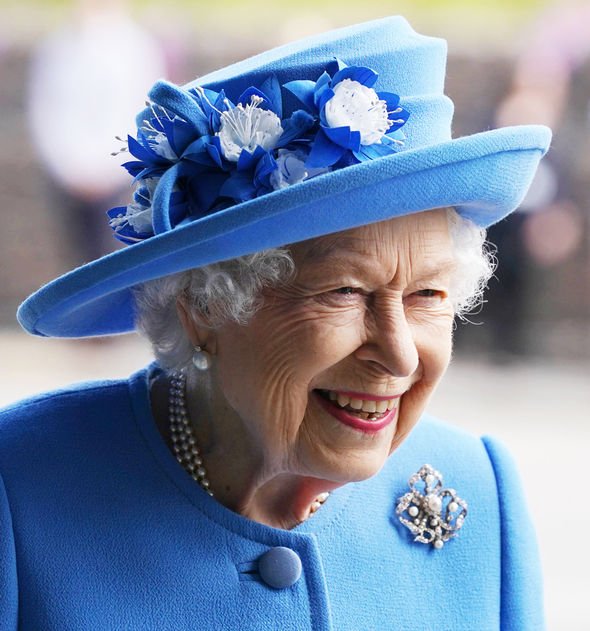 The Queen’s outfit yesterday was very reminiscent of this look. Her Majesty wore a light blue coat dress, with a matching hat featuring white and blue flowers.

She wore white gloves and a string of pearls could be seen around her neck.

The trefoil brooch features a large pearl in the centre and for more large pearls.

Her Majesty has worn the piece to a number of events, both diplomatic and personal.

From state visits to family christenings, the piece has made an appearance.

In 2009 the Queen for the piece for a state visit from Mexico.

In 2017 she wore the piece to a state visit from Spain.

The Queen chose the piece for the christening of her great-grandaughter Lena Tindall, the second child of Zara Tindall. 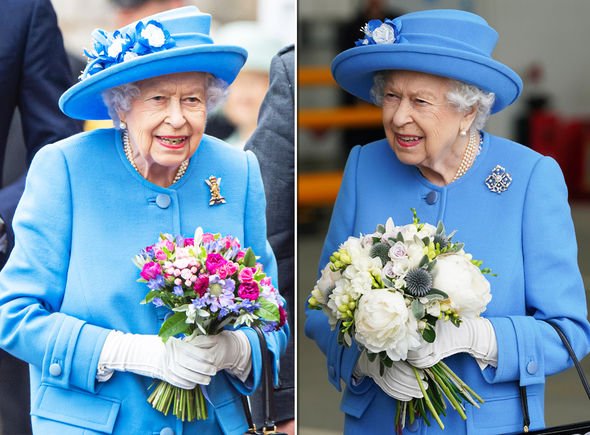 Her Majesty has worn the brooch numerous times in Scotland to church at her beloved private estate of Balmoral.

Although the piece is a firm favourite of the Queen, there is actually little known about it, including where it is from and whether it was a give or a personal purchase by Her Majesty.

Later the Queen switched out the brooch for a badge, the Royal Regiment of Scotland Badge.

The Queen’s brooches are multiple and have unique and intriguing histories.

Her bow brooches, fascinatingly, once belonged to another iconic British monarch, Queen Victoria. 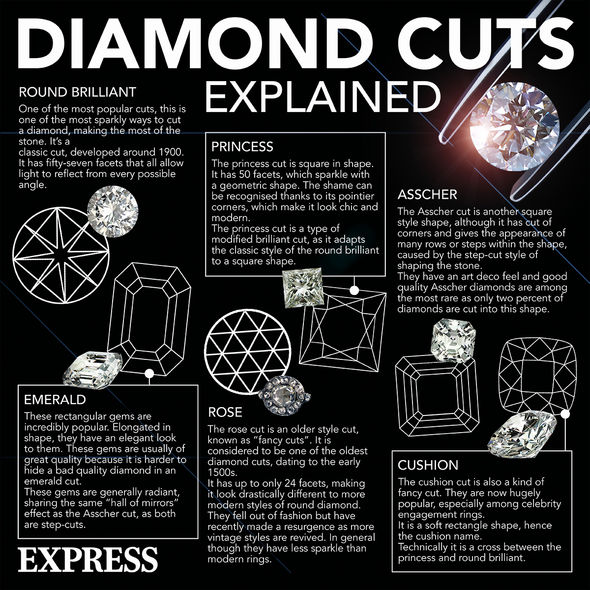 The Queen regularly wears one of the brooches, one of three Queen Victoria commissioned in the mid-1800s.

The pieces are now “heirlooms of the crown”, meaning they will continue to be passed from monarch to monarch.

The Queen wore one of the pieces to Princess Diana’s funeral.

She also wore the piece on the day she surpassed Queen Victoria as Britain’s longest-reigning monarch.