PARENTS will know bedtime is a battleground, with kids refusing to go to sleep or waking up in the night because they’re scared or have bad dreams.

One mum was at her wit’s end after her three-and-half-year-old daughter kept waking her up at night because she was afraid of ‘scary shadows’. 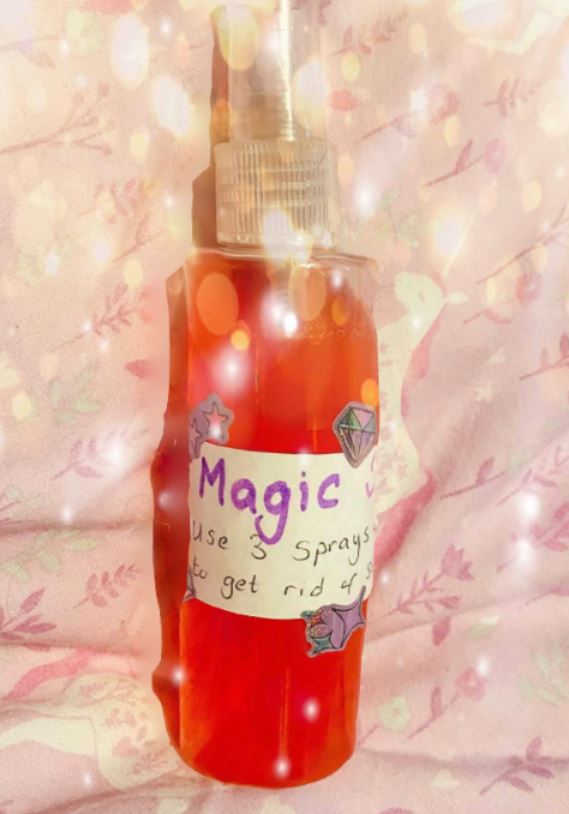 Despite numerous attempts to soothe her and try to explain shadows, the mum end up resorting to a different tactic.

She made a ‘magic spray’ using what she had in the ‘back of her cupboard’, and it’s worked a treat.

The mum shared her idea, and the recipe for magic spray, to Facebook group Lockdown Tips & Ideas, where it’s gone down a treat with other parents.

She said: “My 3 1/2 year old had over the past few weeks started being afraid of the ‘scary shadows’ in her room which had started to affect her (and our) sleep.

Problem solved no more waking at night scared or refusing to go to bed!

“We tried everything to reassure her, explain shadows play shadows with our hands but nothing worked.

“3 nights ago whilst she was in the bath a fairy left this ‘Magic Spray’ on her pillow with the directions ‘3 sprays at bedtime to get rid of scary shadows’ and problem solved no more waking at night scared or refusing to go to bed!

“Just thought if anyone was having similar issues this might help (also works on monsters). 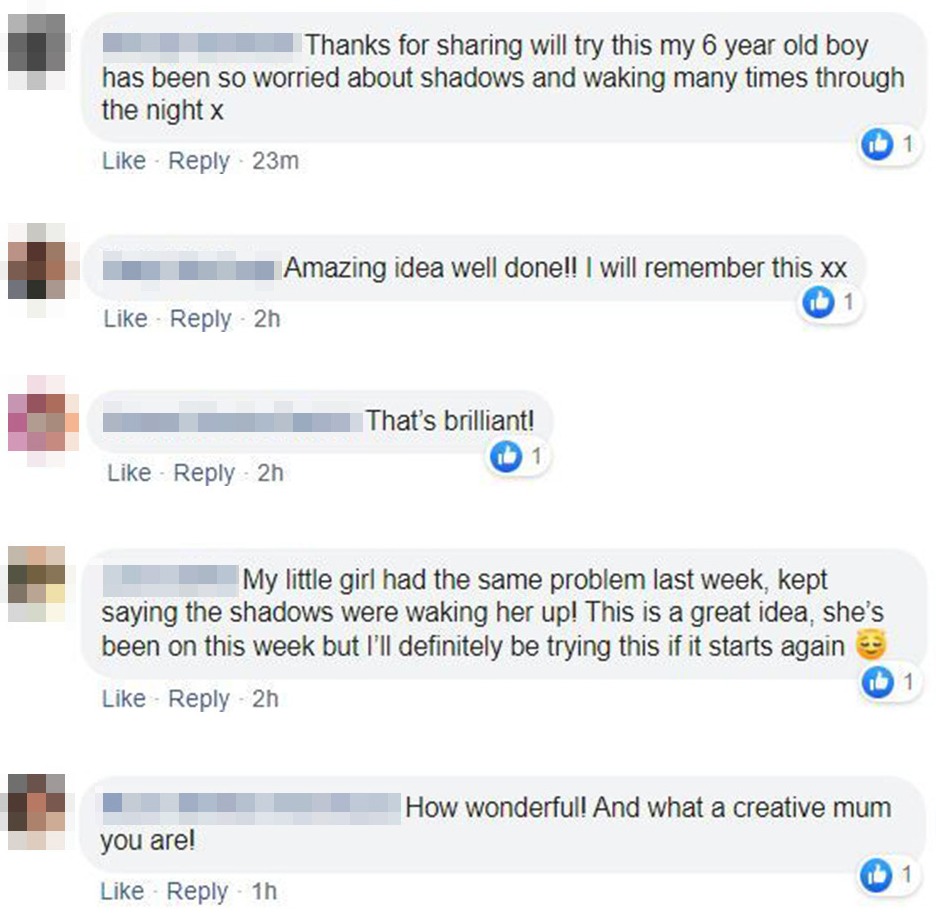 “I had a word with the fairy and apparently the spray is water with a tiny drop of food colouring and a couple of drops of out of date orange essence (so it smells nice) which was knocking about at the back of the kitchen cupboard!”

More than 3,000 people have liked the post, as they hailed her a ‘genius’.

One mum said: “Thanks for sharing will try this my 6 year old boy has been so worried about shadows and waking many times through the night.”

Another wrote: “I did this with my daughter who was scared of the monsters under the bed. It worked wonders!”

A third commented: “Fabulous!! My hair heat protection spray was ‘spider away spray’ for a long time.”

This mum thought: “Genius! The fairies have helped us out with our two girls on many occasions!”

While another added: “Great work Mama! I love to hear about people’s parenting wins! So pleased it did the trick.”

Meanwhile this mum reveals adorable ‘pay packet’ her six-year-old received from builders after he helped them do their job.

Plus this 12-year-old lad saves his mum hundreds by making garden furniture out of pallets & it didn’t cost a penny.

And the Ikea summer sale has launched with hundreds of products discounted starting from 40p – but you’d better be quick.

Related posts:
July 31, 2020 Beauty and Fashion Comments Off on Savvy mum makes ‘magic spray’ to get her daughter to sleep as she’s scared of shadows and it works a treat
Celebrity News:
Justin Hartley’s Ex-Wife Lindsay Defends Him Amid Chrishell Allegations
New Edition: Where is Johnny Gill Now?
The surprising meaning of Kamala Harris’ name
Chrishell Stause Likes Tweets Hinting That Justin Hartley Cheated
Kelly Ripa's Most Recent Instagram Clap Back Is Epic
Recent Posts
This website uses cookies to improve your user experience and to provide you with advertisements that are relevant to your interests. By continuing to browse the site you are agreeing to our use of cookies.Ok