WHEN Michael Currid and Lex Hartop headed to a nearby Kent beach on Saturday, they were looking forward to a nice relaxing day in the sun.

But as they walked towards the shore, the couple claim they found an unsupervised baby girl crawling up some concrete stairs leading to a VERY busy road. 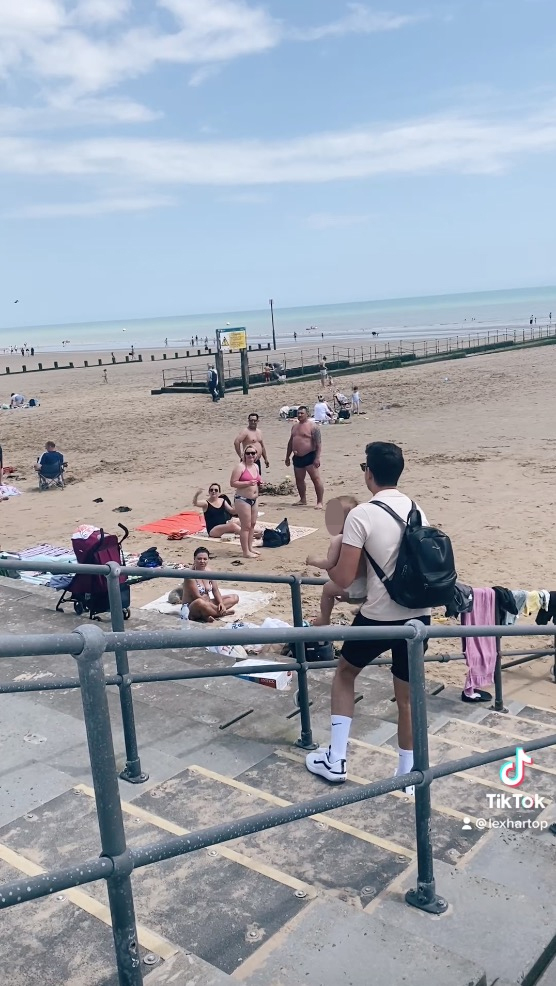 Needless to say, Michael, 32, and Lex, 28, felt they couldn't leave the baby where she was and felt "hesitant and confused" by the situation.

In a TikTok video which has racked up over 1.5m views, Lex – a graphic designer – filmed Michael holding the baby girl as they seemingly tried to track down her parents.

Lex claimed: "We walked past three to four different groups of people – one group either side of the stairs down to the beach and another two on the beach, around 20 people in total.

"The baby must have crawled a long way and was either ignored or not noticed by anybody." 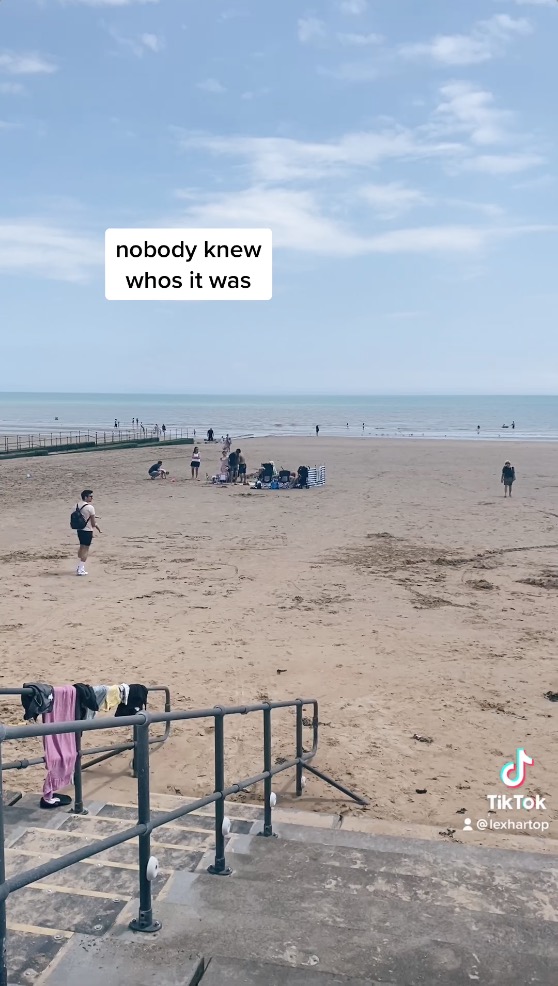 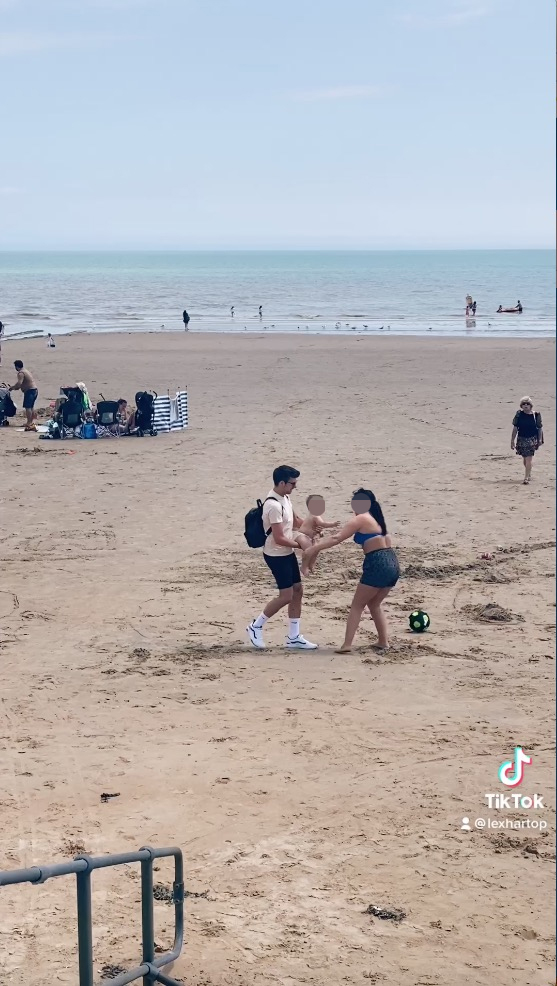 At first, Michael asked a nearby man if the child was his before scanning the beach for her family.

While looking around the beach with the baby in his arms, Michael was suddenly approached by a woman who was on the phone – and held out her arm for the toddler.

Once she is reunited with the baby, the woman then continues her phone conversation and kicks a ball to another member of the group.

The 32-year-old was left baffled by the exchange as the woman apparently didn't say a word to him. 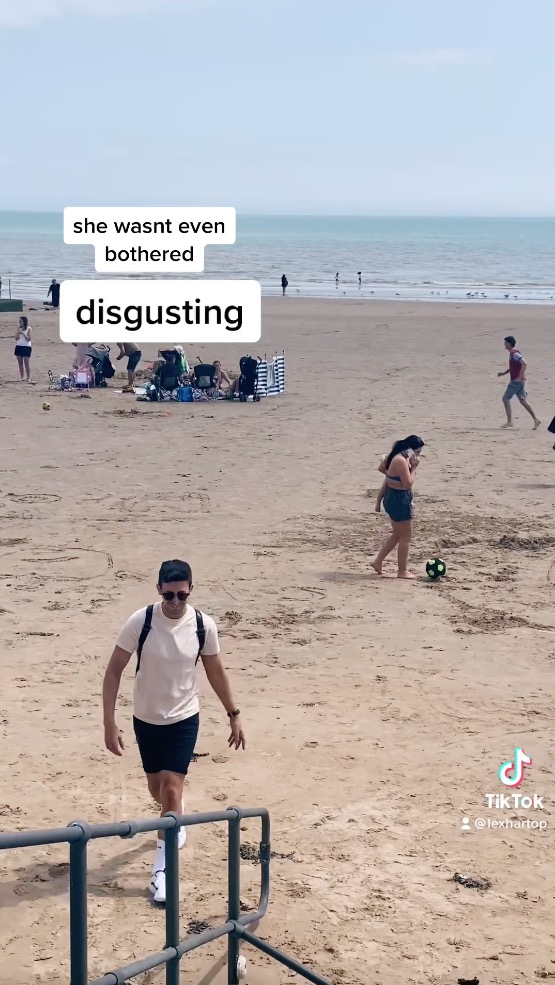 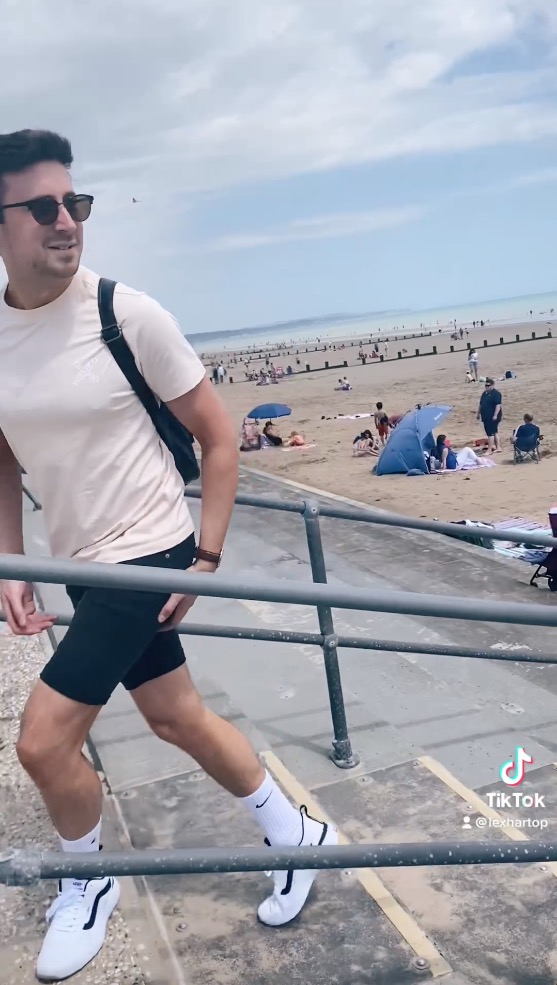 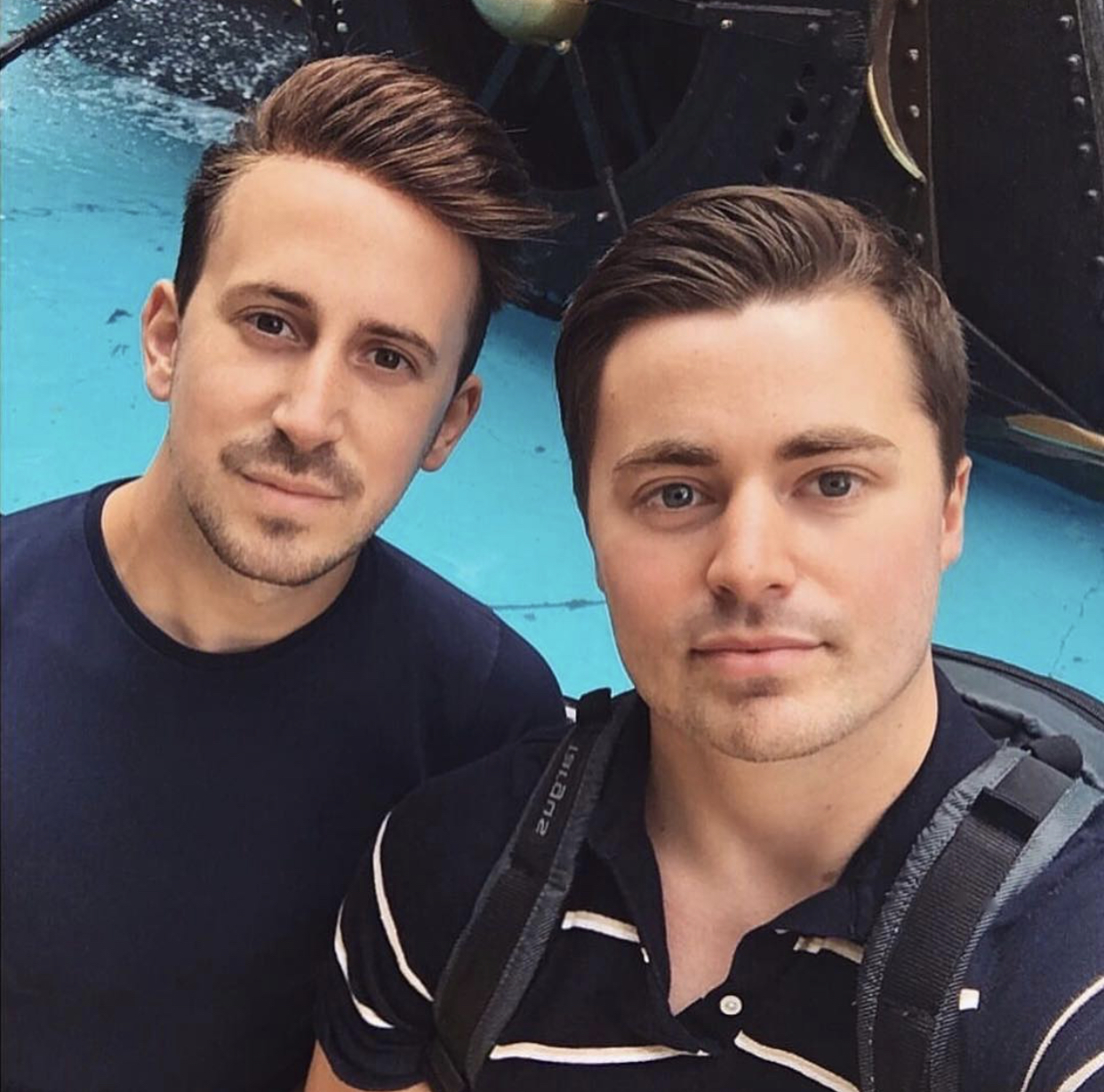 "Is she joking?," Lex said off camera, as Michael ran back up the stairs.

Admitting that the incident left them feeling emotional, Lex added: "We were shocked by what happened, and wanted to share it with our friends and family.

"We didn't expect it to blow up as much as it has."

"“So she really just didn't care? Wasn't worried," one fumed. "Not grateful. Wow."

Another added: ""I would have gone mad… she didn't even come off the phone!!!!"

Meanwhile, a third said: " “Thank god for that guy finding the baby."

And this rich kid who spends £1k a MONTH on shoes left ‘heartbroken’ by grieving mum struggling with debt of their baby’s funeral.

Plus this couple who bought a house without visiting first and are stunned to discover a massive secret room hidden behind a wardrobe.