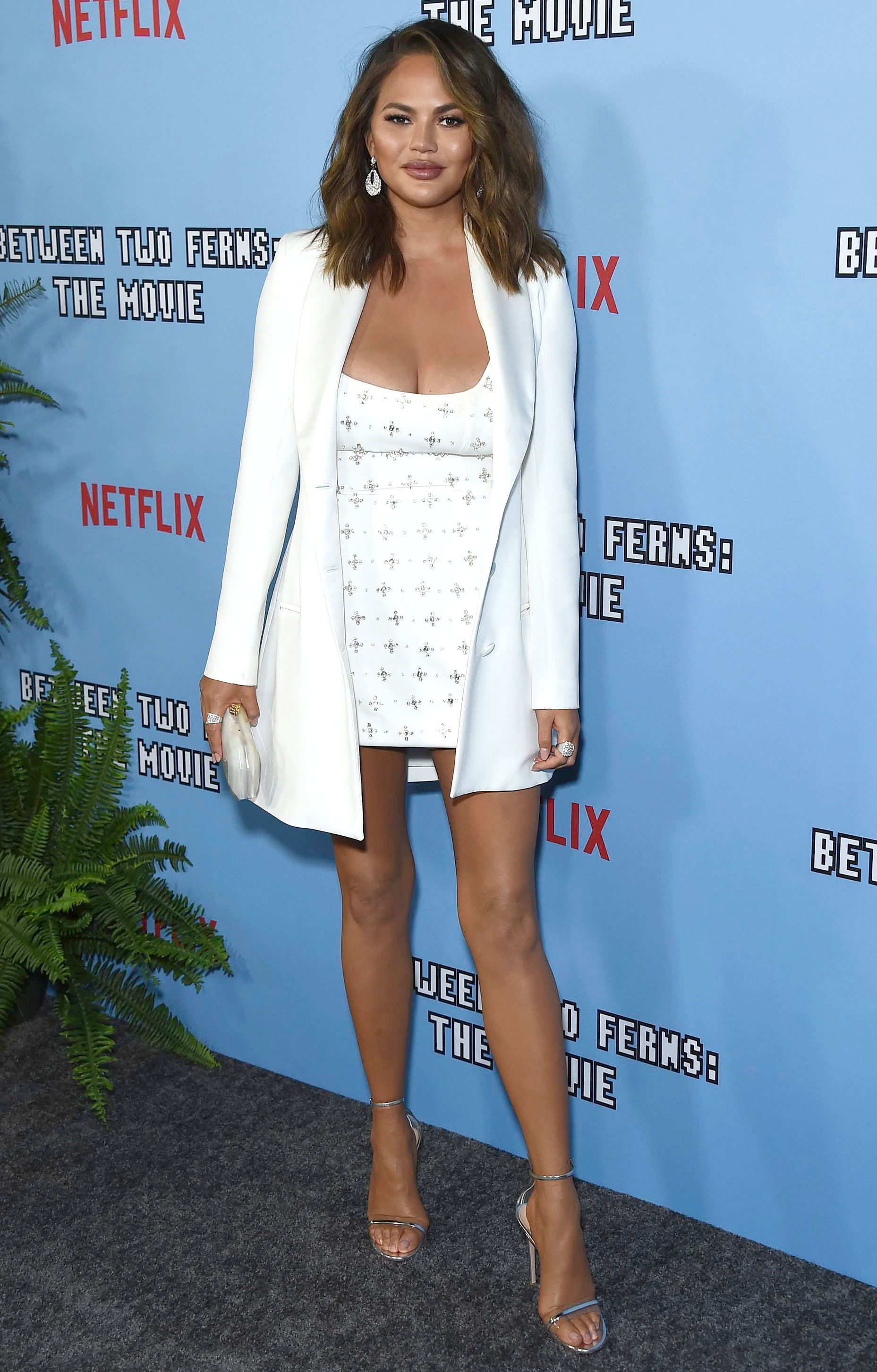 Chrissy Teigen is finally getting candid about the breast implants she had when she was “about 20 years old.”

Moms Khloe Kardashian, Chrissy Teigen and More Clap Back at the Parenting Police

In an interview with Glamour UK, published on March 5, 2020, the star opened up about the breast augmentation surgery she had as a young model and how she feels about it now, as a mom of two.

“It was more for a swimsuit thing,” the Sports Illustrated model told the publication. “I thought, if I’m going to be posing, laid on my back, I want them to be perky!”

The 34-year-old is a mom to 3-year-old Luna Simone Stephens and 21-month-old Miles Theodore Stephens. Teigen has been transparent about the trials and tribulations about breastfeeding over the past few years. Now, she’s being equally as candid about what it’s been like to nurse with implants.

According to Teigen, the implants were important to her when she was younger, but not-so-much anymore. “Then you have babies and they fill up with milk and deflate and now I am screwed,” said the model.

When asked whether she got the boob job to boost her self-esteem, the Bring the Funny judge explained, “Honestly, I kept them the same cup size. I just filled them out, so they are rounder and firmer. “I had a quarter ‘teardrop’ cup in the bottom and filled out the breast line.”

“But I want them out now,” she continued. “If I could do one thing, it would be to have a lift.” Editor’s note: A breast lift doesn’t involve implants and isn’t meant to make them appear any larger. Instead, a surgeon reshapes the breast tissue to make them look, well, perkier and shapely.

After the article was published on Glamour, Teigen took to Twitter to make a joke about the piece. The brand tweeted out the article to its followers and the chef retweeted it and wrote: “narrator: they did not stay perky.”

Proving her and John Legend are serious couple #goals, the “All of Me” singer replied to Teigen’s tweet and said, “They’re spectacular.”

If that’s not true love, then we don’t know what is.

Listen on Spotify to Get Tressed With Us to get the details of every hair love affair in Hollywood, from the hits and misses on the red carpet to your favorite celebrities’ street style ‘dos (and don’ts!)