A CREATIVE mum has gone to extreme lengths to create a mermaid-inspired "clam pram" for her four-month-old daughter – and it's everything we ever imagined a mermaid "clam pram" would be.

The mum-of-two wanted to create a memorable costume for her daughter Penny for an upcoming pirate festival the family attend each year and after her husband suggested she go as a mermaid, Bex Ellis-Dunstan got to work on their daughter's costume. 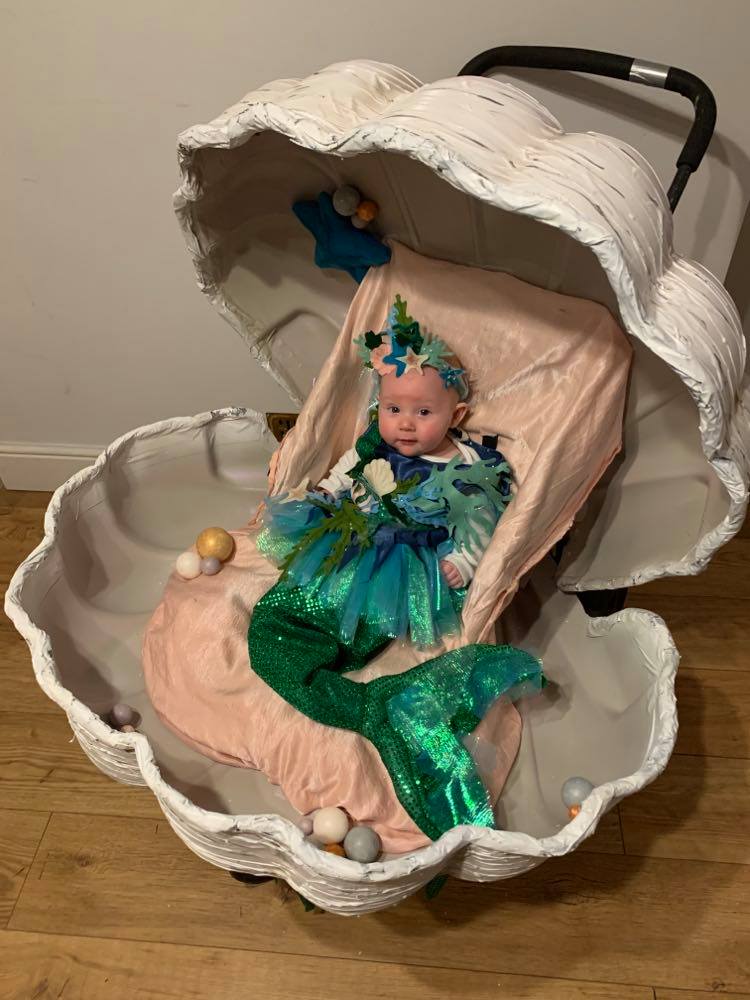 The 31-year-old mum from Newton Abbot told money-saving community LatestDeals.co.uk that when her husband suggested a mermaid costume, she instantly thought of her sitting in a clam.

They had previously created a pirate ship buggy for their eldest son which they upgraded every year, so they used that as a starting point for thier daughter's very own clam pram.

But rather than breaking the break on buying materials that'll only be used once, Bex went about finding second-hand materials and found that Facebook Marketplace was the perfect source – and the total cost was only £25.

She said: "We use a lot of second hand materials and things we already have when crafting. I found someone selling a clam shaped sand and water tray for £5 on Facebook marketplace and thought it would be perfect as the clam frame. 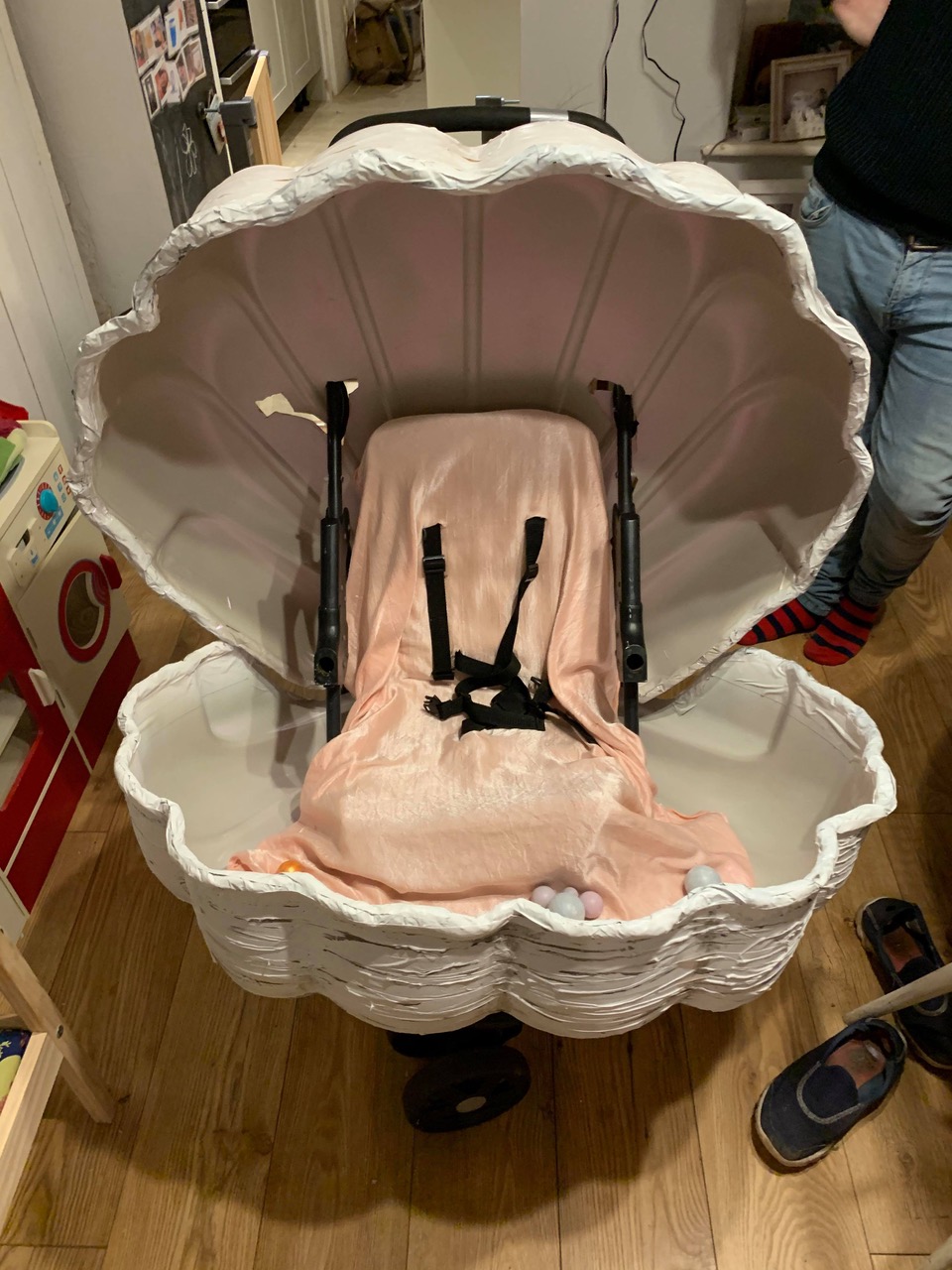 “Luckily, we had an old buggy which I had bought second hand a couple of years ago and I cut into the shell and made channels and holes so it would slot around the frame of the pram."

The crafty mum explain the hardest bit was trying to figure out how it would sit, but once that was sorted the rest went down a treat.

Explaining how they crafted the masterpiece, Bex said they'd used cloth tape and hot glue to create the lines on the shell, and  newspaper to create a clam lip.

Even the spray paint was bought with budget on mind with Bex snapping up the white, nude and pearlescent hues on sale from Wilkinson’s. 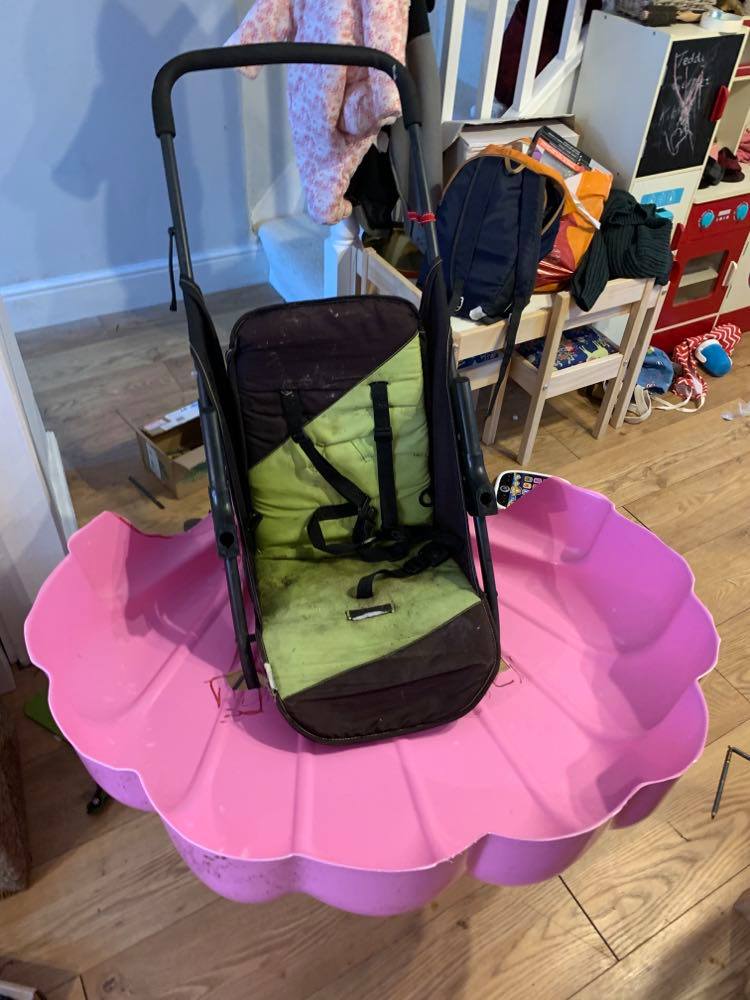 She added: "I also found some pink material for 50p at a charity store to cover the seat, and used felt and left over material from my daughter's mermaid costume for seaweed and ocean critters. "

Goes to show how much to you can actually do using second-hand and budget buys.

The crafty mum also offered some tips for other parents wanted to try thier hand and DIY projects.

She said:“My tips would be to look for secondhand items. If it’s cheap or free, then if it doesn’t work you haven’t lost much. 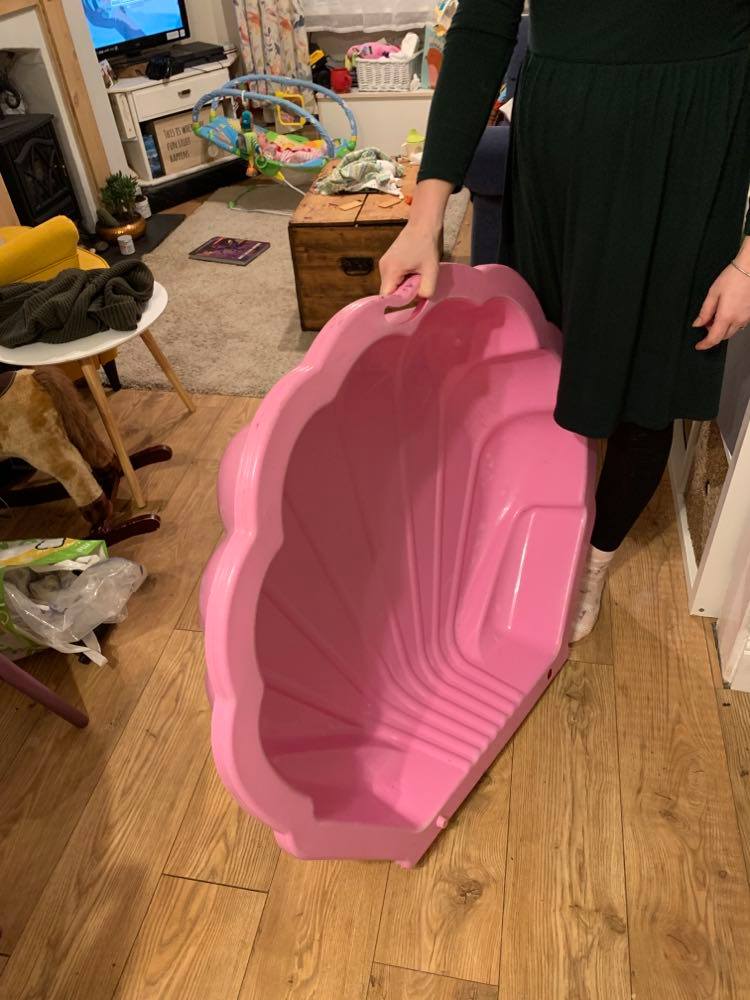 "Also, use what you have already. It’s amazing what you have lurking around the house. Old prams and half cans of spay paint really do come in handy!

"If you want to create something big, think about transporting it. Make sure it can come apart and go back together! Give yourself a lot of time to create it.

"But most of all, have fun with it and enjoy the process."

Bex was over the moon with how her craft project turned out, saying the clam pram’s finished look exceeded her expectations. 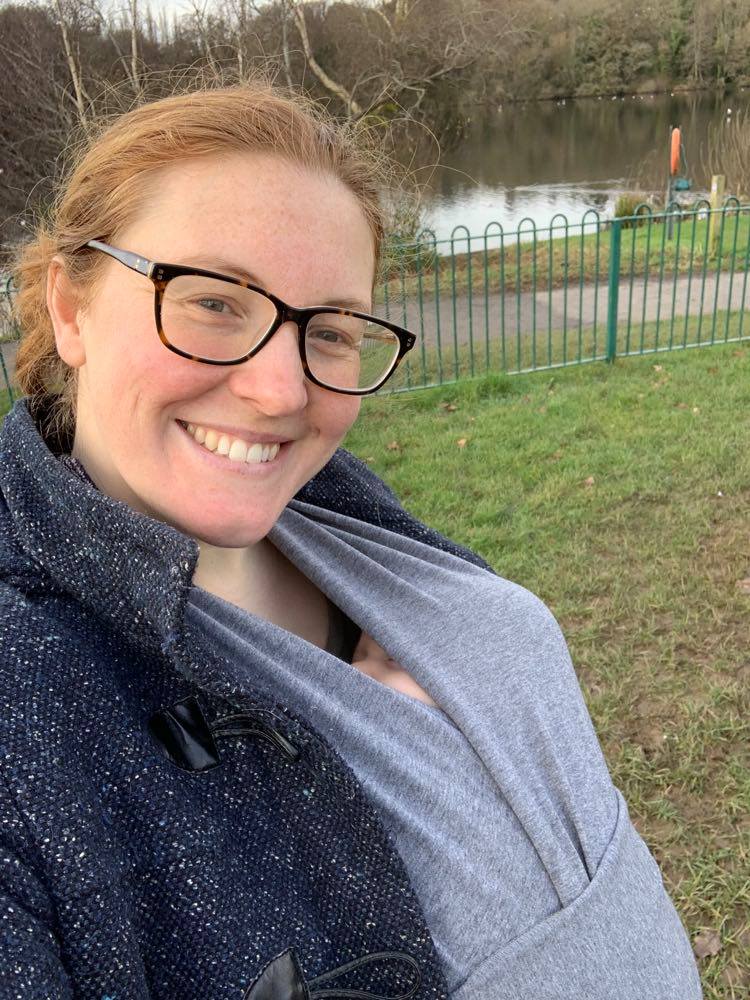 "I had amazing fun making it,” she remembers. "I love making costumes and craft projects, especially for my children.

"I’m really happy with how it turned out – almost better than I expected it to be. It’s got a lot of attention already, so I imagine at the festival it will be a hit. It won’t be hard to miss us!

Tom Church, co-founder of LatestDeals.co.uk, says: “While parents will no doubt fall in love with Bex’s incredibly creative clam pram, there are so many lessons to be learned even for non-parents too!

“Bex’s resourcefulness at tracking down what she needs from second-hand sources such as Facebook Marketplace and charity shops shows we can all do the same, whether we are looking for a new wardrobe, some furniture to upcycle, or, of course, for bits for a new craft project!"

LatestDeals.co.uk is a money saving community with 850,000+ members, and we can't help but love what thrifty ideas people come up with.

In more DIY news, this mum showed off her hand painted Mario Kart mural – but people think it looks like something MUCH ruder.

Plus, a Disney fan transforms her kitchen into a Mickey Mouse themed haven using bargains from Primark and eBay.

Meanwhile, this mum creates incredible indoor Wendy House for her kids for just £40 using B&M and The Range bargains.