It’s been a year of great change for the Prince and Princess of Wales‘ children, who not only lost their beloved great-grandmother, Queen Elizabeth II, but also left behind their home at Kensington Palace and enrolled in a new school.

Yet Prince George, nine, Princess Charlotte, seven, and Prince Louis, four likely have a magical few weeks ahead of them as the festive season approaches. Their new home of Windsor is considered to be one of the most beautiful places in the UK to experience Christmas – and has been a favourite festive destination amongst monarchs since the 12th Century.

The Wales family’s Grade II-listed home is located on the 655-acre royal estate, meaning the family will be much closer to their grandparents King Charles and Queen Consort Camilla at Windsor Castle (a property Charles inherited from his mother) should they wish to spend Christmas there.

The children can also be expected to enjoy the fabulous display of festive lights on offer in the royal borough, including the Windsor Castle Garter Tower Christmas illuminations. 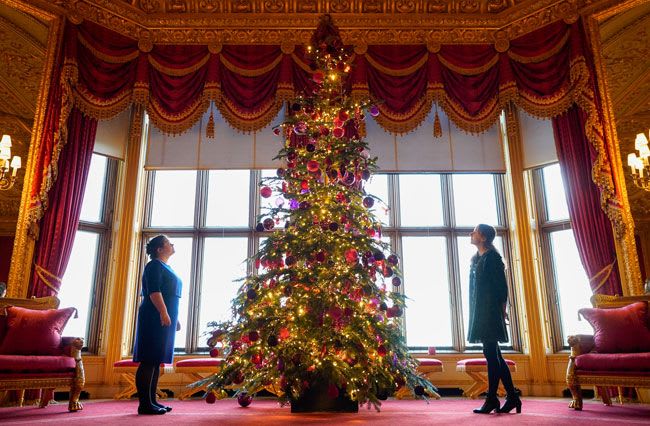 Windsor Castle is home to a magnificent Christmas tree

Standing over 50ft high, Garter Tower is illuminated with images of the stained glass architecture and motifs from St George’s Chapel dating back to the 15th century.

Windsor Great Park’s festive illuminations also make for a wholesome family activity this Christmas. Prince William and Princess Kate will be able to guide their children through woodland awash with colour as sparkles of fireflies, luminous beacons and dancing fairies blaze the way, the lake alive with flood-lit fountains and glimmering reflections.

If they’re feeling active, George, Charlotte and Louis could take to the ice at Windsor’s spectacular ice rink, Windsor on Ice.

With indoor and outdoor ice skating on offer, as well as the opportunity to meet Santa, and indulge in festive delights and hot chocolate from the Bavarian market, the Wales children certainly won’t be bored during their school holidays. 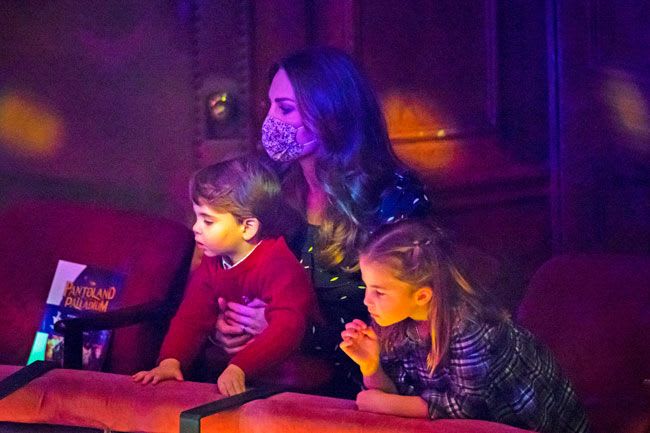 The royal children may also enjoy the several pantomimes on offer in Windsor and Maidenhead this festive season. Not to mention the décor inside Windsor castle includes a spectacular tree which stands at 20 feet (which is around the same height as the average two-storey home in the UK!).

The decorating of the tree is a military operation with ladders and multiple staff to make it perfect ahead of the celebrations. We wonder if the children were allowed to hang a bauble or two….