The Princess of Wales‘ respectful yet striking black attire during the period of mourning made a lasting impression, but when the royal donned bright red in Wales on Tuesday she took our breath away. Why did Kate choose red and why did it have such a big impact?

According to Colour Psychologist Tash Bradley and Director of Interior Design at Lick, “the royals are so carefully selective about what they wear”, and Princess Kate’s highly fashionable ensembles are meticulously planned to evoke specific feelings. Kate’s Princess Diana-esque looks promote nostalgia while her polka dots project fun. However, “if a royal is wearing red they are commanding attention, straight away.”

WATCH: Princess Kate the Photographer: the best photographs of her children

Tash continued: “If I saw a royal in a red outfit, they’re wanting to stand out amongst the other royals.” Explaining the science behind it, she revealed: “The colour red is the shortest wavelength to hit our eye so it’s the first colour that we notice in the colour spectrum. Red is a stimulating colour, it affects the body and you physically are stimulated by the colour red.”

SEE: 9 royals who have surprised us with their tattoos and body art: From Princess Eugenie to Kate Middleton 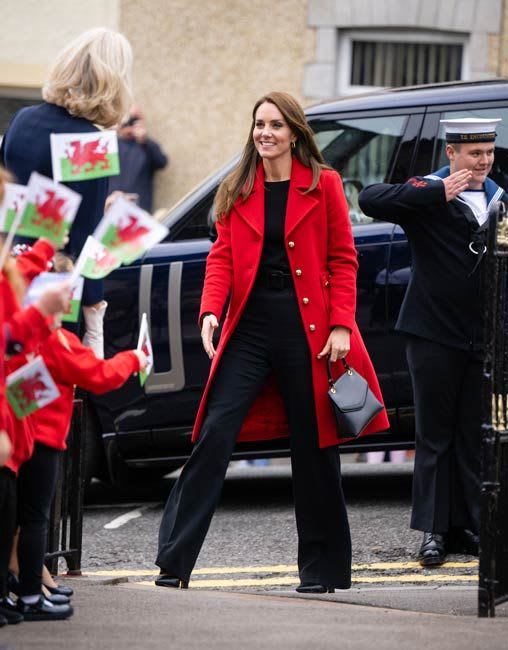 Kate’s first engagement in Wales as the Princess of Wales

SHOP: Meghan Markle makes a case for red trousers – 7 of our favourite pairs

Fascinatingly, this dressing tactic can be applied by anybody. “At a party, if you had someone in a red dress and someone in a black dress your eye will be straightaway caught – it doesn’t matter who they are – to that dress,” Tash explained. 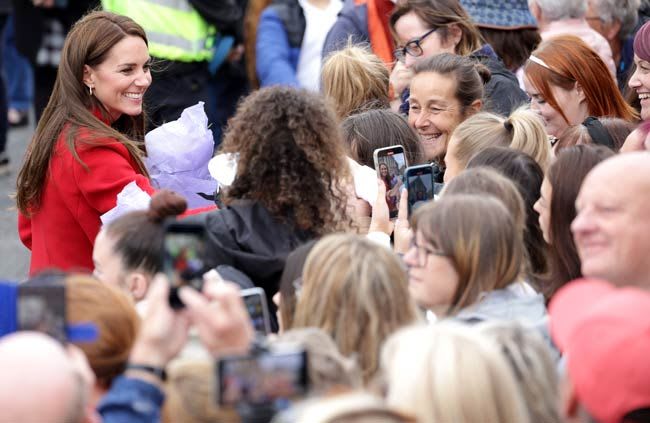 Fans were delighted to spot Kate through the crowds

When Princess Kate stood out from the crowd in Swansea during her recent engagement in aid of raising awareness of the redevelopment of St Thomas Church, the colour also had a symbolic factor. The royal’s decision to wear red was no doubt also a nod to the red dragon of the Welsh flag.

This could all be why Kate is selective about the times she wears red and the royal may even harness the shade’s boldness to inspire confidence in her children at public events. 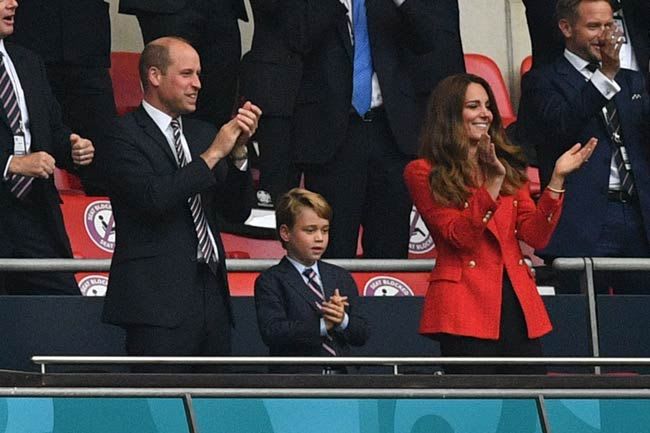 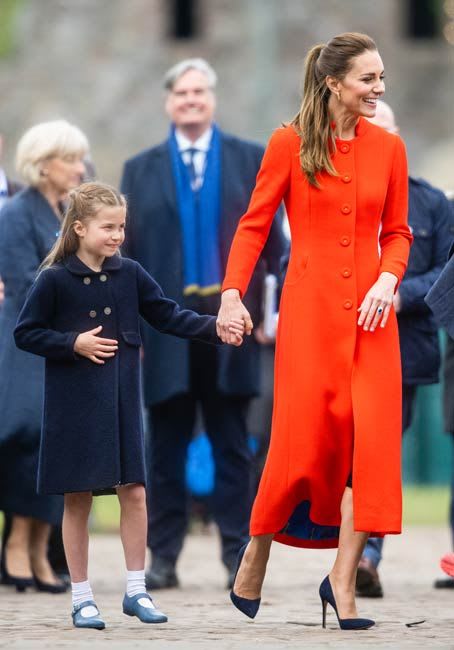 This summer, the Princess of Wales took Princess Charlotte firmly by the hand as they visited Cardiff Castle during the late Queen’s Platinum Jubilee weekend. Princess Kate wore a striking fitted Eponine London coat dress for the outing.

The late Queen Elizabeth had a penchant for every colour of the rainbow, but she memorably stepped out in a bright red coat, hat and matching scarf during the COVID-19 pandemic in 2020 to publicly thank volunteers for their dedication. 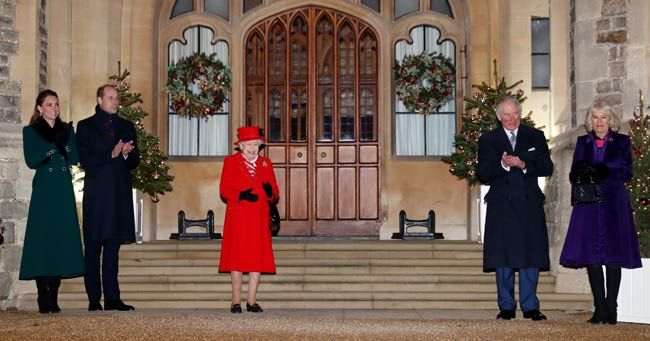 So, if you are wondering why the royals don’t make red their signature colour for maximum impact, Tash has the answer. “It all depends on the event they’re going to. If they were going to launch a new children’s hospital and they wore red, it would be a really weird move.”

RELATED: Why Meghan Markle wore all-white for her grand return to the UK

This could be why we so often see the royals donning soft pink suits, Breton stripes, spots and even all-white ensembles. The royals seem to instinctively know that if they wear red, “they will stand out as the colour that you notice first within a room,” which is not always their intention.