A WOMAN managed to bag herself a stunning ballgown for less than a fiver for her Christmas party, and people have joked she can do housework in it if it’s cancelled.

It may still be September but that didn’t stop one woman snapping up a frock for her festive bash, after she spotted one on sale for a mere £4.80.

She couldn’t resist buying the floor-length gown, which features feathers and a halterneck, after it was discounted from £6 on Boohoo.

She shared a snap of herself modelling the dress on Facebook group Extreme Couponing and Bargains UK, saying despite not knowing if the bash was going ahead she’d rather be prepared.

The woman wrote: “Every year we go to a Xmas charity ball & I always hate buying a gown I know I’m going to wear once.

“Who knows whether it will even happen this year but for £4.80 at Boohoo nothing wrong with being prepared!!

“Appreciate it’s not to everyone’s taste & I’m certainly not made to model but you get the idea!

After sharing a snap of herself in the dress she was inundated with compliments, with her post racking up more than 15,000 likes and the dress quickly sold out. 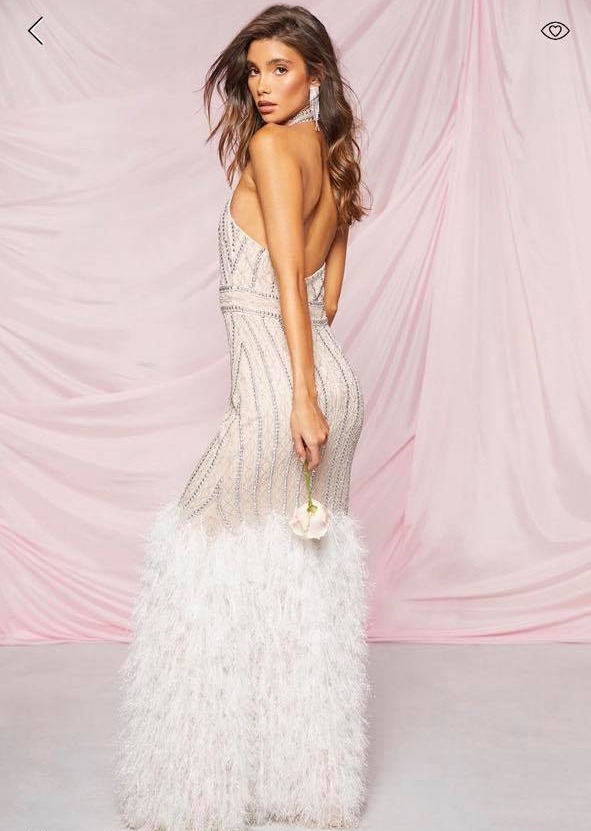 People have claimed she suits the dress perfectly, and she looks so good if the Christmas party is cancelled she should do housework in the gown instead.

One person said: “This looks stunning on you! If you don't wear it for a ball just wear it round the house!”

Another wrote: “Stunning!!! You look amazing, I might get one to do housework in haha.”

A third commented: “I’d just buy to walk round the house in it’s lush. You look beautiful too. Proper bargain that.” 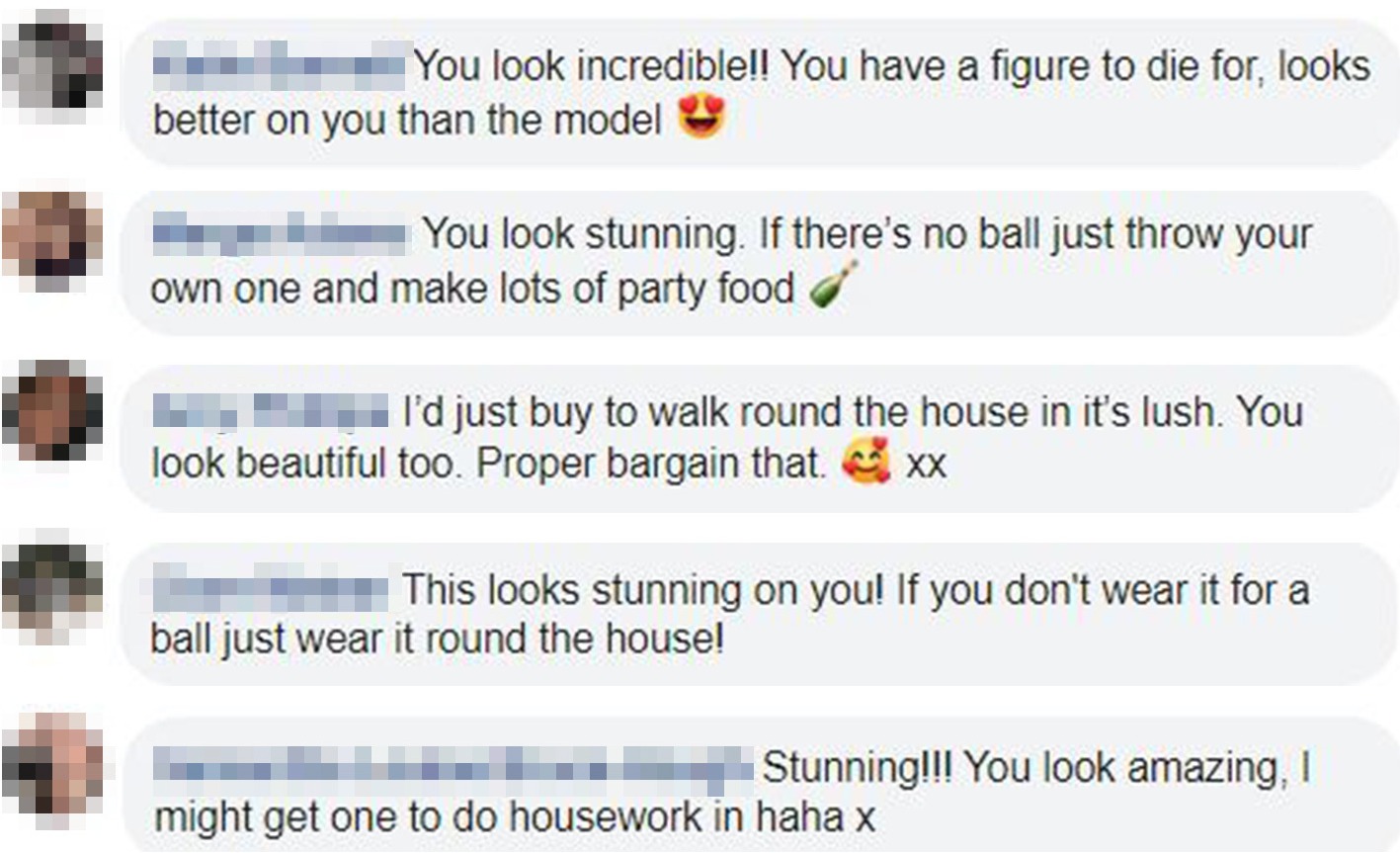 While this person thought: “Ooooh for that price I might get it it to just swish around the house in. You look stunning!”

She later posted an update after being overwhelmed by the kind message, saying: “I think I might cry – thank you so much to everyone for their positive comments.

“A confidence boost if ever I needed one!”

Meanwhile a mother-of-the-bride slams daughter’s ‘clingy’ wedding gown for ‘showing pubic bone’ & warns her not to put on any weight.

Plus this woman found out her ex cheated on her – from his wedding announcement online.

While this groom was branded "tacky" for leaving his bride mid-vows to chat with his groomsmen.

Related posts:
September 5, 2020 Beauty and Fashion Comments Off on Woman bags stunning ballgown for £4.80 & people joke even if her Xmas party is cancelled she can do the housework in it
Celebrity News:
Olivia Jade on YouTube Return After College Bribery Scandal: I Just Want to Do What I Love
Jessica Mulroney Shares Text Messages with Sasha Exeter to Exonerate Herself After Last Year’s Controversy
Dolly Parton Mourns Passing of Brother Randy Two Days After Her Birthday
'RHOC’ Star Shannon Beador Says She Got Bad Cosmetic Work
Bridgerton's diverse cast was found using an 'inclusion lens'
Recent Posts
This website uses cookies to improve your user experience and to provide you with advertisements that are relevant to your interests. By continuing to browse the site you are agreeing to our use of cookies.Ok