HOME makeovers don't have to be expensive, in fact, if you're looking to spruce up a room on a budget, a simple feature wall could be enough to change the entire look and feel of your home.

One DIY fan proved this when she revealed her amazing dalmatian feature wall which she'd made using sticky back plastic, complete with a stunning wall mirror she'd made from scratch – and the whole thing cost less than £10. 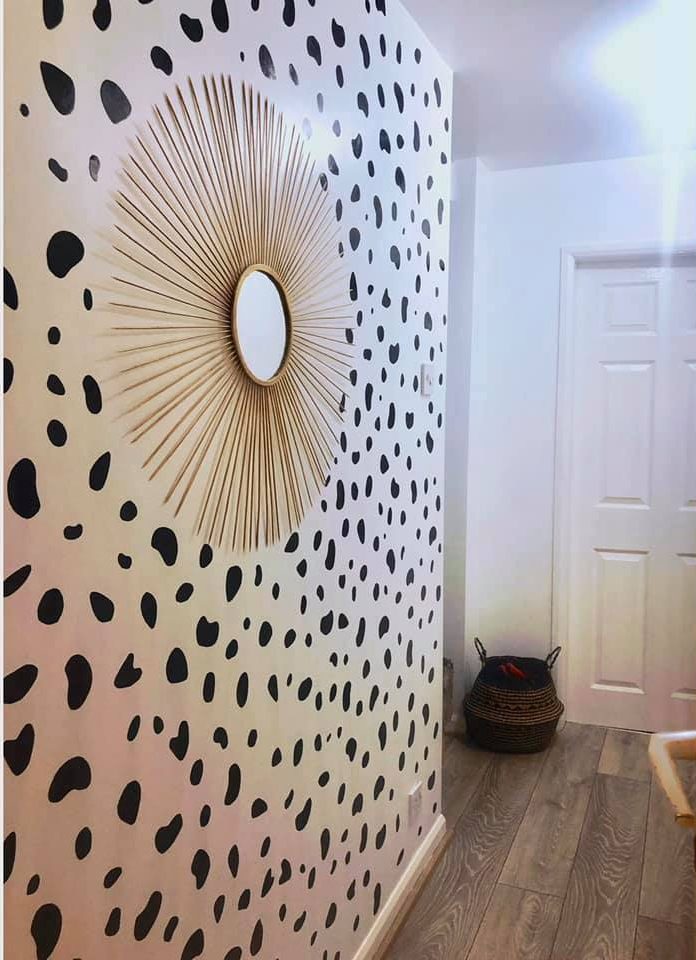 To create the cheap and effective wall design, people have been using tester paint pots and celery stalks of all things.

But in a bid to reduce the cost of her makeover even more, the crafty woman revealed she'd used Fablon and cut out various spots to stick on the wall instead.

In the centre of her spotted wall hangs an amazing gold feature mirror, which you'd assume cost a fortune.

But the savvy woman revealed she'd made that too using a cheap £1 mirror and BBQ sticks before spray painting it gold. 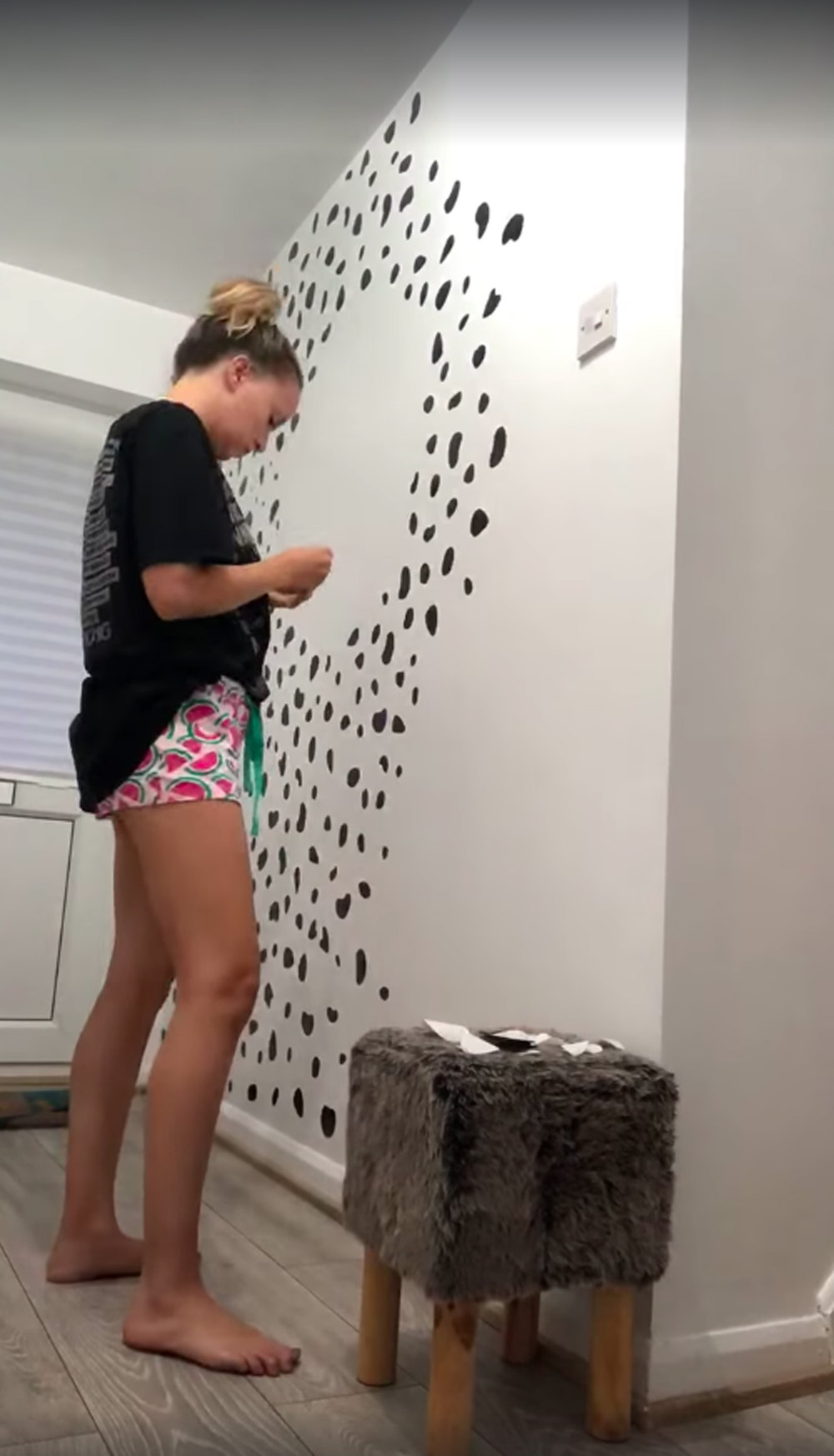 Sharing her incredible design in the Extreme Couponing and Bargains UK Facebook group, she wrote: "Seen all the amazing Dalmatian spot posts this morning. This was my project last summer.

"I did mine from fablon. Which I cut up myself.

"I also made the mirror from a £1 world mirror some bbq sticks and gold spray paint."

And later added: "I made my own stickers as I wanted the cost to stay low the whole wall and mirror cost less than £10. And I can peel the stickers off when i want to change without it damaging my new plaster underneath." 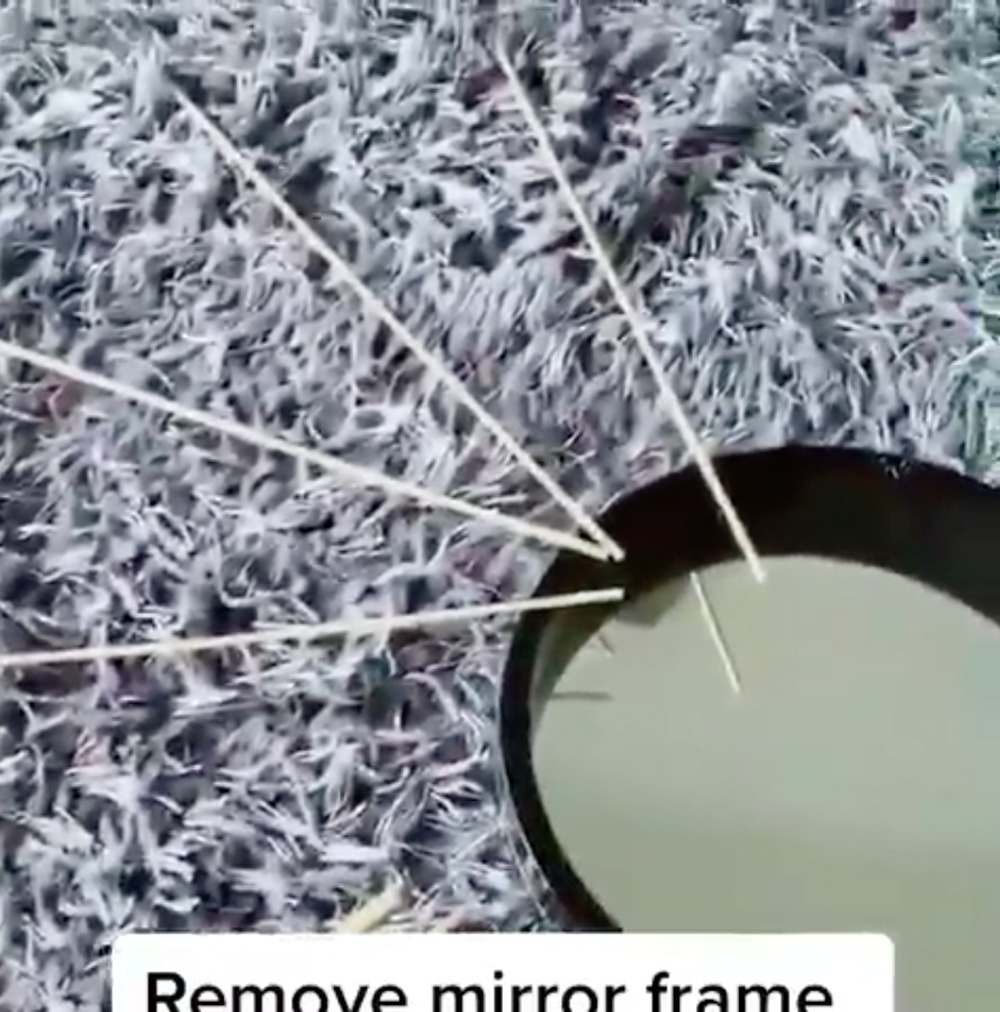 The self professed DIY queen also has an Instagram page dedicated to her savvy home DIY projects.

On the page, Milly's Home, she also shared a clip demonstrating exactly how she made the stunning feature mirror.

She revealed that she picked up the mirror from Poundland, and used Wilko gold spray paint she already had at home.

The BBQ sticks were also leftover, but they usually cost about a pound to buy also.

Explaining how she did it, she said she'd simply glued the tips of the BBQ sticks around the entire edge of the mirror and painted it – it's that simple. 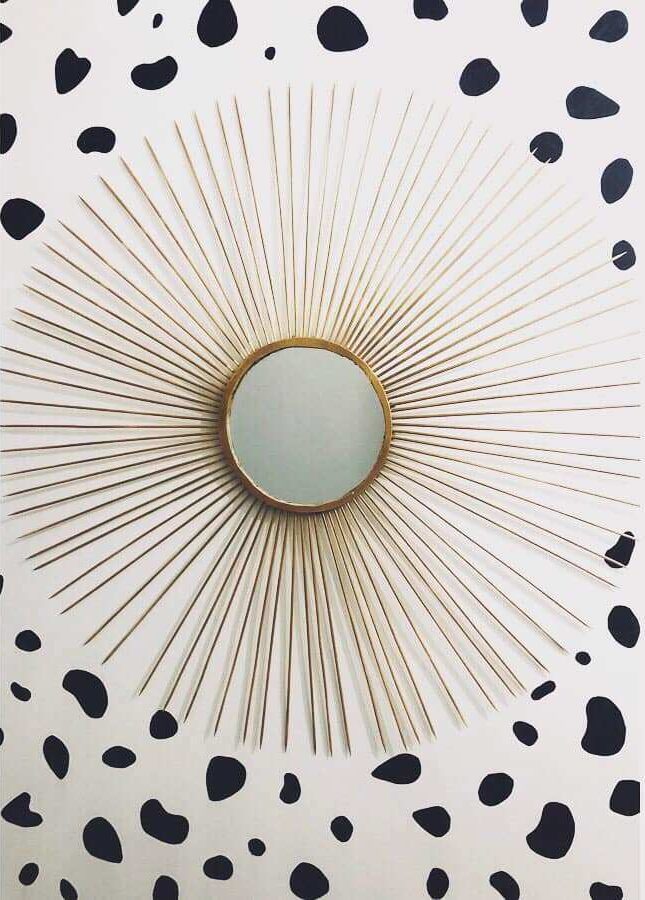 Her post on Facebook proved popular among fellow DIY fans, with many raving about the clever design of both the wall and the mirror.

While another said: "Love this! You're so creative."

Meanwhile, over on Instagram, another fan said: "Love this wall and mirror! Totally doesn't look like what it's made from.

In other DIY news, a 12-year-old girl completely transforms dull family home in seven days for just £50 & she’s a dab hand with the power drill too.

Plus this DIY fan transformed her tired patio tiles using £7 stencil and it looks amazing.

And this woman made a stunning window seat for just £30 using leftover wood and cot mattress.

Related posts:
May 7, 2020 Beauty and Fashion Comments Off on Woman creates amazing feature wall for a tenner using sticky back plastic and a mirror she made for £1
Celebrity News:
Succession's Brian Cox reveals Jeremy Strong engineered viral profile
Novak Djokovic is extremely disappointed to be deported from Australia
Lucy Mecklenburgh flaunts baby bump in swimsuit as she kisses fiancé Ryan Thomas
50 Cent’s GF Cuban Link ‘Sick of’ Trolls Accusing Her of Having Plastic Surgery
Bob Saget Revealed COVID-19 Battle Days Before Death: 'It Does Not Feel Good'
Recent Posts