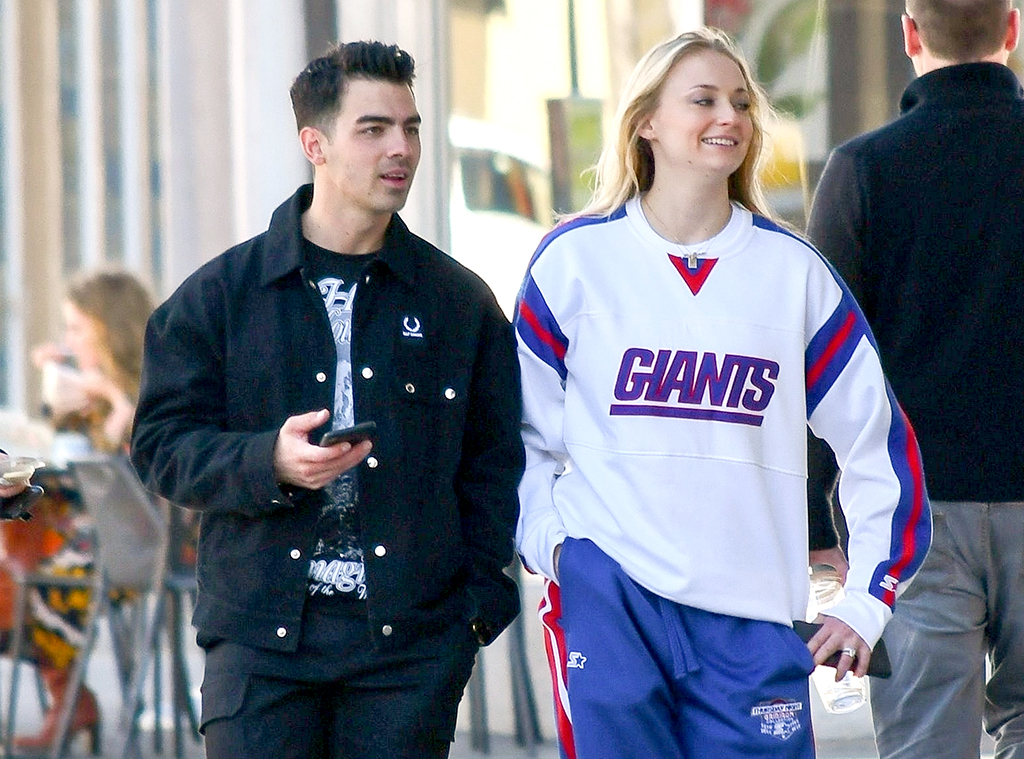 The parents-to-be are getting ready to welcome their little bundle of joy.

In February, multiple sources confirmed to E! News that Sophie Turner was pregnant and expecting her first child with husband Joe Jonas“The couple is keeping things very hush hush but their friends and family are super excited for them,” one source shared with JustJared.

Now, the two were spotted getting ready for the arrival of their first child as they shopped earlier this week for baby clothes in Studio City, Calif. The two stars were seen entering a baby store on Monday afternoon and according to a source, they picked up a few items.

“Sophie and Joe picked up several boy toys such as action figures, boy pilot and NASA costumes and Sophie was saying how cute everything was,” the source said. “It seemed like they were only interested in male items.”

Despite shopping for baby clothes and toys, the pair has yet to confirm the Game of Throne star’s pregnancy or the gender of their baby.

The source added, “They didn’t end up buying anything and left the store after about 10 minutes. They both were very nice and Sophie was wearing baggy clothing, so no bump was showing. They didn’t mention anything about the pregnancy but did seem like they were shopping for a boy.” 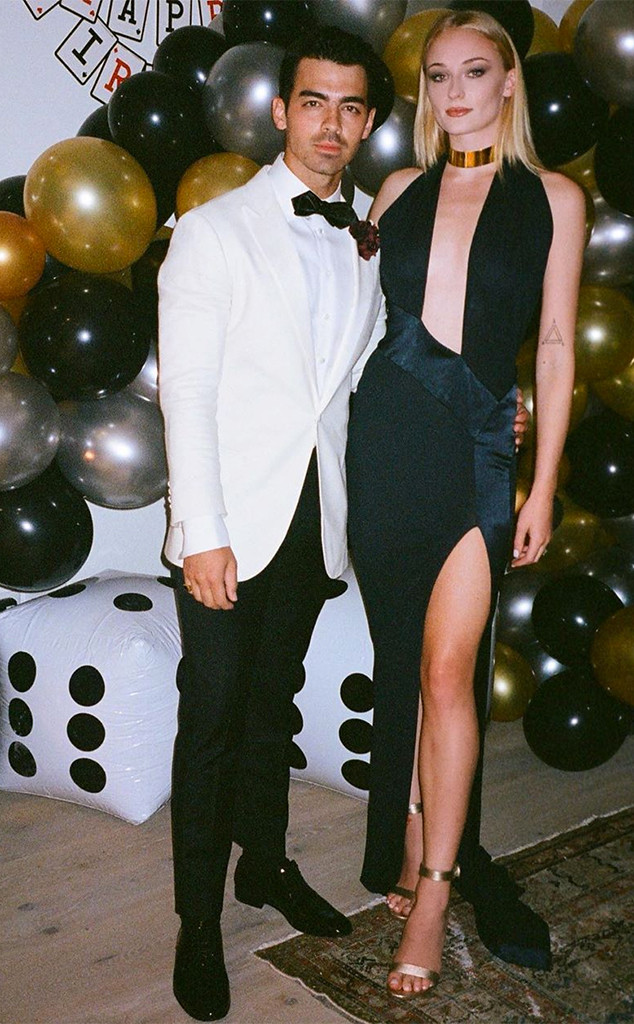 The 24-year-old star was rocking a white and blue sweatshirt and sweatsuit combo, looking comfy as her husband accompanied her, donning an all-black outfit.

A source has previously shared with E! News that after the couple found out they were expecting their first child together, they were “extremely excited.”

“They told their families recently and everyone is ecstatic and so happy for them,” the insider shared.

Most recently, Turner opened up about her relationship with the JoBro, telling ELLE during an interview that she “hated” the boyband before meeting her future beau. “My friends and I were not Jonas Brothers fans. There was this band in the UK called Busted. They had a hit called ‘Year 3000.’ It was amazing, and we were huge Busted fans. Then the Jonas Brothers covered the song and made it massive. And Busted broke up. We thought it was all the Jonas Brothers’ fault. So, we hated them.”

But much to her surprise, Joe exceeded Turner’s expectations and the two hit it off right away upon meeting. “We talked for hours, and hours, and hours. And I wasn’t bored. It wasn’t contrived, it wasn’t small talk – it was just so easy. Soon, we were inseparable. And then I went on tour with him,” she recalled.

“With Joe, I always felt like I was the one who was punching, like, way above my league. And I still feel like that,” she gushed to the publication. “He’s so handsome, talented, funny, charismatic. I’m really lucky to be with him and have someone like him want to be around me and spend time with me.”