“It is now of paramount importance for me to say, from the bottom of my heart, I am so sorry,” the Smallville alum, 38, wrote in documents obtained by Us Weekly. Her letter was addressed “to those who have been harmed by [her] actions.”

In a memo attached to the letter, the Germany native’s attorneys recommended that Mack receive no jail time. The request was based on her recognition that she has “committed grievous wrongs.” 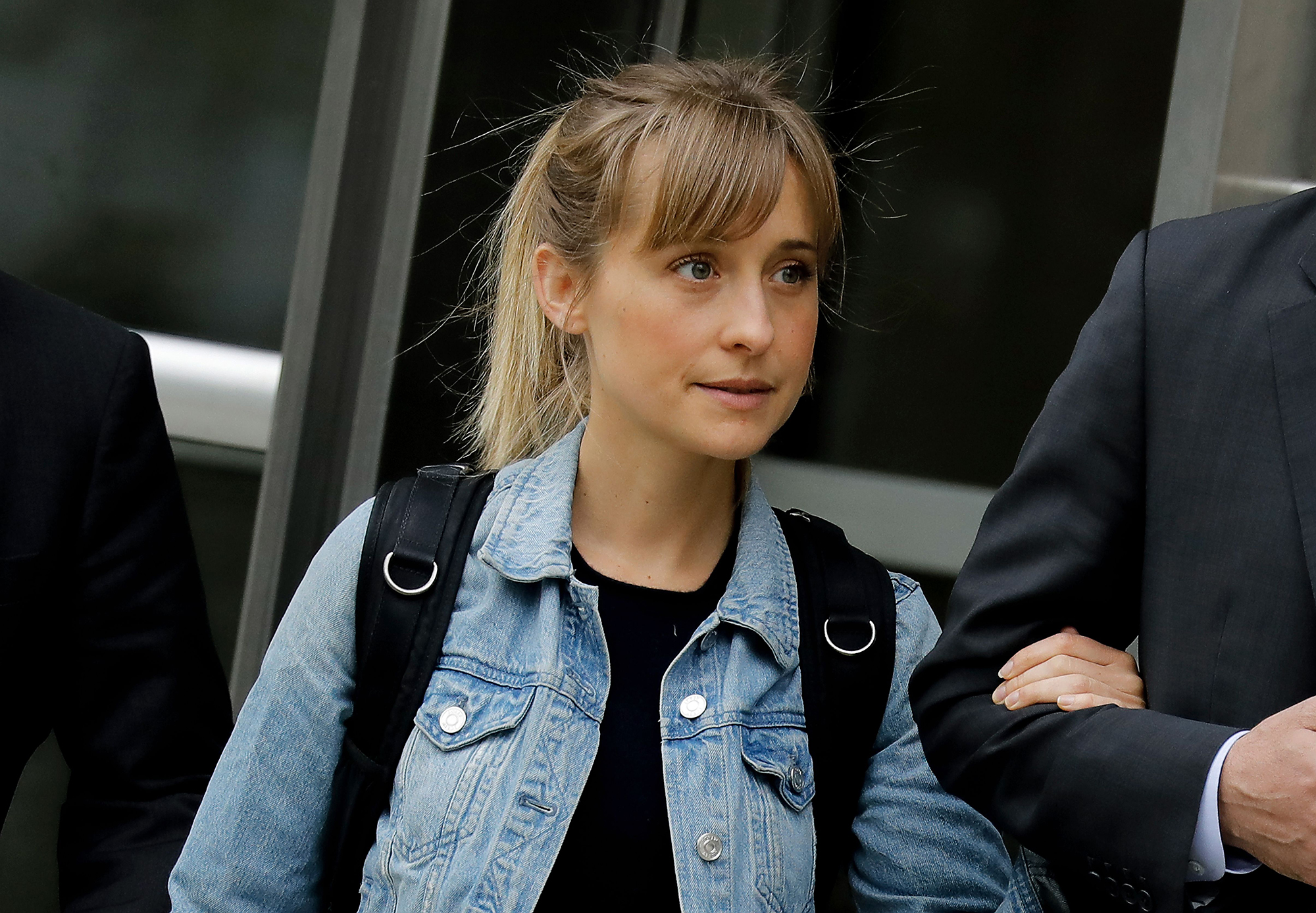 She continued, “I threw myself into the teachings of Keith Raniere with everything I had. I believed, whole-heartedly, that his mentorship was leading me to a better, more enlightened version of myself. I devoted my loyalty, my resources, and, ultimately, my life to him. This was the biggest mistake and greatest regret of my life.”

Us confirmed that the Wilfred alum pleaded guilty to racketeering and racketeering conspiracy charges involving the sex cult in April 2019.

“As alleged in the indictment, Allison Mack recruited women to join what was purported to be a female mentorship group that was, in fact, created and led by Keith Raniere,” United States Attorney Richard P. Donoghue told The Hollywood Reporter in a statement at the time. “The victims were then exploited, both sexually and for their labor, to the defendants’ benefit.”

Court documents obtained by Us in April 2018 alleged that Mack originally recruited women into NXIVM by describing it as “a women’s empowerment group or sorority.”

The documents also stated that the Honey We Shrunk Ourselves actress would allegedly have victims provide the group “with naked photographs, assets, criminal confessions and other damaging information” to be used as collateral.

“I am sorry to those of you that I brought into NXIVM. I am sorry I ever exposed you to the nefarious and emotionally abusive schemes of a twisted man. I am sorry that I encouraged you to use your resources to participate in something that was ultimately so ugly,” Mack wrote in her letter. “I do not take lightly the responsibility I have in the lives of those I love and I feel a heavy weight of guilt for having misused your trust, leading you down a negative path.”

Raniere was previously sentenced to 120 years in prison during an October 2020 hearing. He was convicted of seven felonies related to his involvement with NXIVM.

Both Raniere and Mack’s court hearings will likely be documented in season 2 of HBO’s documentary series The Vow, which is set to be released this year.

Related posts:
June 27, 2021 Celebrities Comments Off on Allison Mack Apologizes to NXIVM Survivors as She Asks for No Jail Time
Celebrity News:
What Is Offset's Real Name?
How Did Courteney Cox Meet Boyfriend Johnny McDaid? What Is Their Age Difference?
It Was Love at First Sight When Track Athletes Tara Davis and Hunter Woodhall Met at Age 16
Scooter Braun Officially Files For Divorce From Yael Cohen – & Already Has A Prenup In Place!
OMG! Prince William Is Also Writing a Book After Harry's Memoir News
Recent Posts