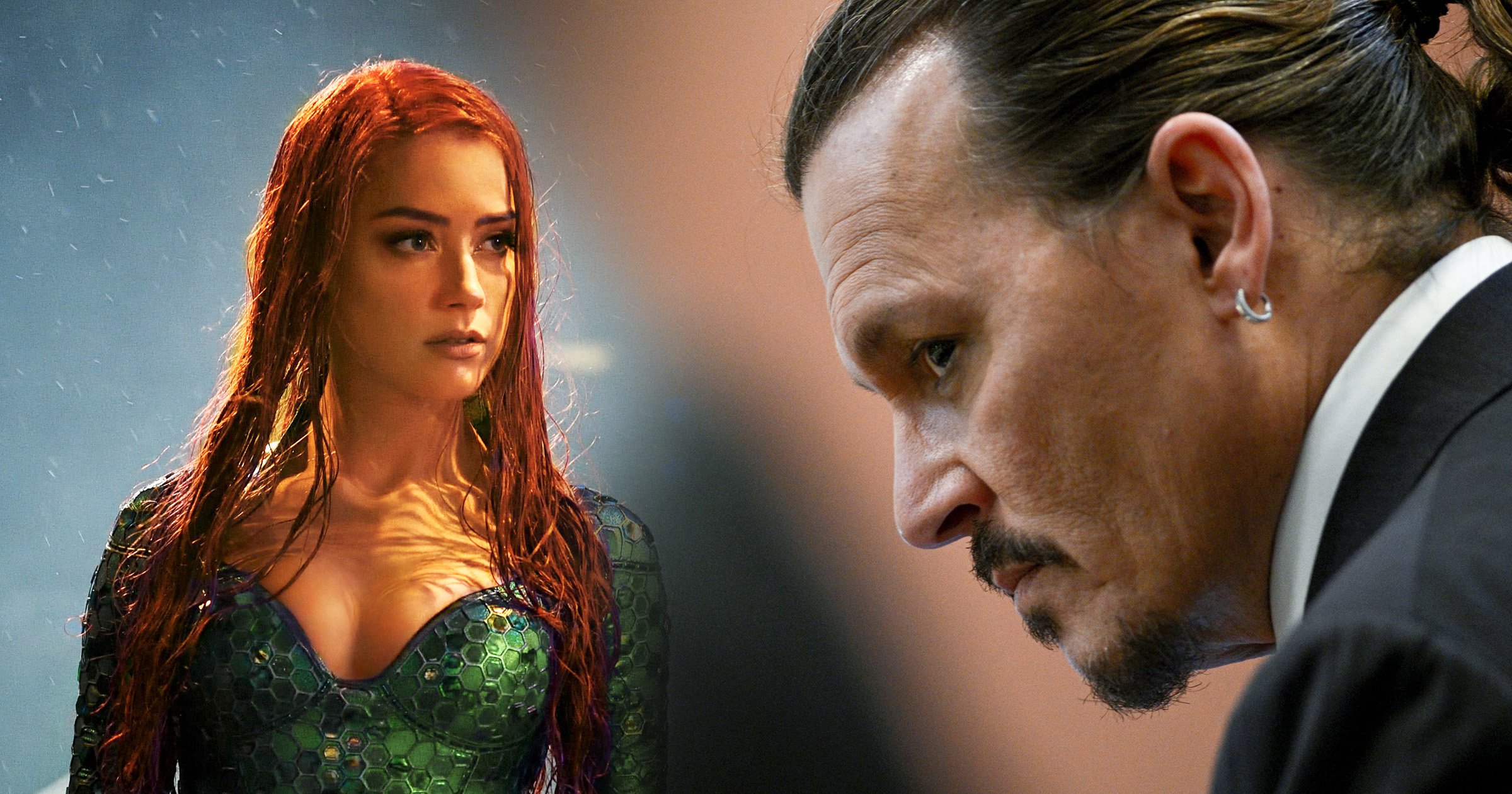 Amber Heard hit back at claims that Johnny Depp was behind her being cast for Aquaman during a tense cross-examination.

The 36-year-old played Mera in the superhero flick, which was released in 2018, alongside Jason Momoa.

While on the stand earlier on Tuesday, Depp’s lawyer, Camille Vasquez, suggested that the Pirates of the Caribbean actor, 58, was the one to get her the role – something she denied.

‘Johnny Depp got you Aquaman, didn’t he?’ she questioned.

Heard simply replied: ‘I got Aquaman for myself,’ before cross-examination concluded.

After a brief re-questioning from her lawyer, she finished giving evidence and left the stand.

Earlier in her testimony, she told the court that her role in Aquaman 2 was ‘pared-down’, claiming that she had to ‘fight’ to remain part of the sequel.

Speaking to the court on Monday, she said: ‘I had to fight to, I fought really hard to stay in the movie, they didn’t want to include me in the film.’

‘A very pared-down version of that role, yes,’ she replied, when asked whether she was able to shoot for the role.

‘They took away a lot…I was given a script and given new versions of the script that had taken away scenes that had action in it, that depicted my character and another character, without giving any spoilers away, two characters fighting with one another, they basically took a bunch out of my role.

‘They just removed a bunch out.’

A petition calling for her removal from the movie has passed 4.2million signatures at the time of writing.

Depp is seeking $50million (£40m) in damages and suing his ex-wife for libel regarding an op-ed she wrote in the Washington Post in 2018, which his lawyers say falsely implies he physically and sexually abused her during their relationship – something he has denied.

The trial started last month and has already seen the Edward Scissorhands star take to the stand, alongside his security guard and their former couple’s therapist.

Heard is countersuing for $100million (£81m), alleging that he libeled her by calling her a liar.