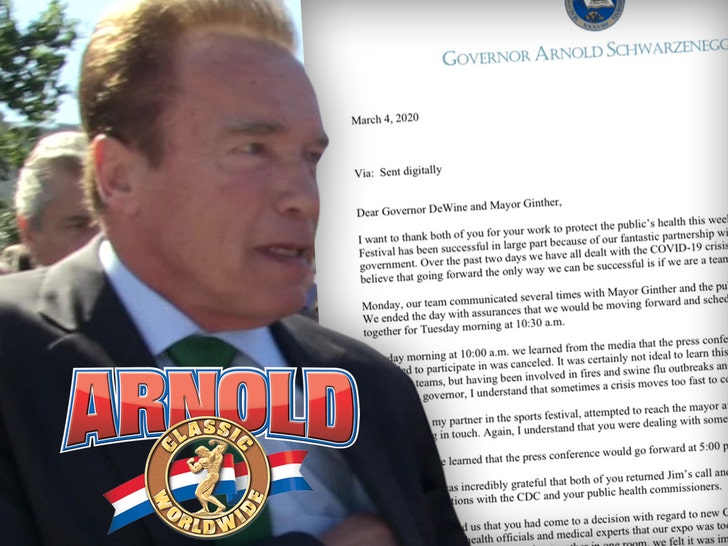 Arnold Schwarzenegger wants fans at his Sports Festival in Ohio to be safe from coronavirus but doesn’t understand why the Governor is shutting them down while allowing much larger sporting events to continue.

The Arnold Sports Festival, which begins today in Columbus, will have very few fans in attendance after Governor Mike DeWine announced they were closing the event to spectators out of concern for the spread of coronavirus.

As we reported, Arnold fully agreed with shutting down the expo associated with the event. It’s a massive trade show that draws 250,000 people each year.

After the Governor’s announcement, Arnold fired off a letter to him, saying, “Health will always be more important than money to me.” However, he also pointed out in the letter several other huge events were continuing without any government limitations.

For instance, he says, “March madness games in Cleveland and Dayton will go forward as planned with tens of thousands of attendees.” In addition, Cleveland Cavaliers and Columbus Blue Jacket games — which have nearly 20,000 spectators — are also being played. Not to mention several other upcoming conventions in Columbus. 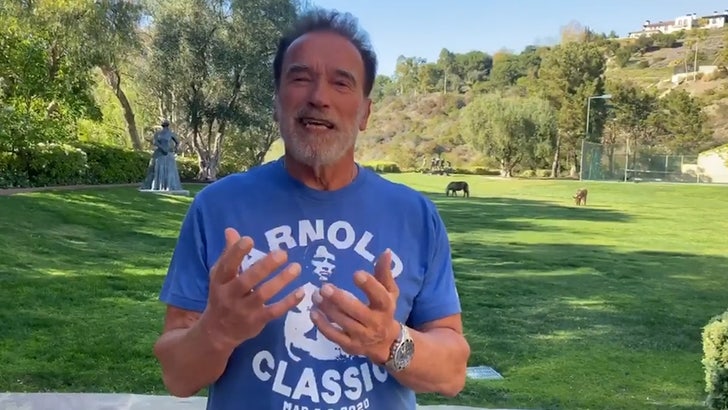 While Arnold agreed with closing the much larger expo for his festival … its sporting events have no more than 4,000 fans at a single event.

Ultimately, Arnold’s pleas to let fans attend sporting events fell on deaf ears in the Governor’s office. As it stands, we’re told spectators will only be allowed at 2 events all weekend — Friday and Saturday night’s bodybuilding and strongman events.