Finishing out its second season on HBO, the Emmy-nominated A Black Lady Sketch Show managed to avoid the sophomore slump with even sharper and funnier sketches than before. And as a writer and performer on the variety series, Ashley Nicole Black had a hand in making sure everyone felt seen once again.

Admittedly, Black is surprised by the impact the series has had, especially the way that social media has responded in kind to their various sketches, including a returning favorite from season 1, “Black Lady Courtroom.” “The internet just went wild for that sketch. They were sending us pictures every time they were going to a Black lady doctor’s office or Black lady law firm,” Black says.

It’s also similar to the response she got when a line from a season 1 sketch, “My dream is to find a Black lady therapist, and apparently I dream too big,” resonated with audiences, who started quoting it and sharing clips of that moment on social media platforms. Eventually, Black reveals, “Black lady therapists started responding.”

“So that’s, like, something you never imagine as a comedian, that you could have that kind of impact on someone,” she continues. “But that kind of thing, where people have taken the sketches and really made it a part of their life, is so fulfilling as an artist to see.” 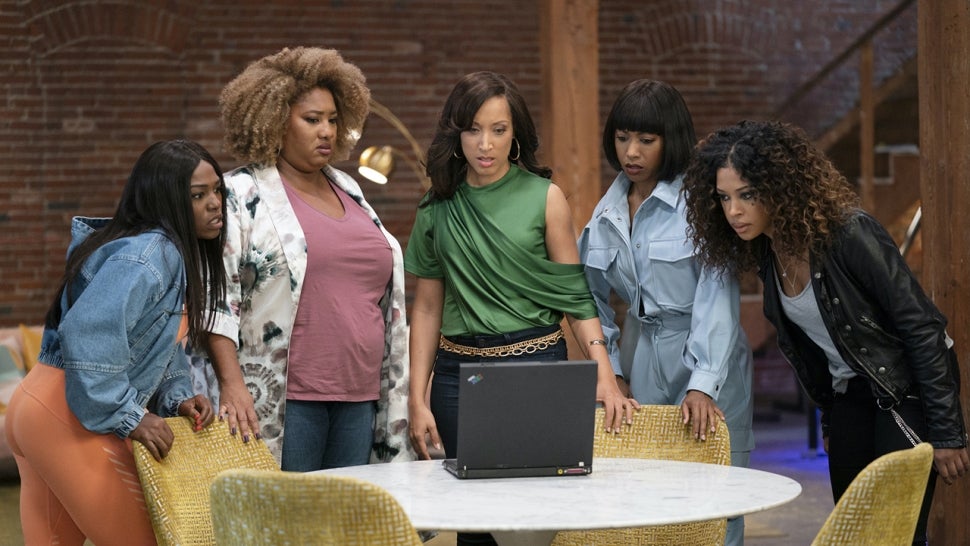 And this season, Black has already noticed how people are responding to certain sketches, especially to Trinity, a character she established in season 1 with the “Invisible Spy” sketches. “I wanted to, as a writer, know where she goes next,” she says. And in season 2, she eventually faces off with a character played by co-star and creator Robin Thede. Quickly fans responded by saying, “Yes, I want to see more Black women doing action scenes.”

While the fight “between two Black women that are heroes in the story” was one small part of the sketch, it clicked because it’s something audiences don’t often see onscreen in any capacity. “I’m like, ‘You know what? I haven’t seen that before.’” Black says. “And it didn’t even occur to me until people were so excited to see it.”

But, of course, that’s partly why the show has resonated with audiences. It’s tapping into conversations they’re having or wanting to have; it’s no doubt filling a void for many people who don’t regularly see themselves onscreen in any capacity.

“It’s interesting because there has been such a void of different ways to see black women on television. There’s a few characters they let us play over and over again, but we really haven’t gotten to show our fullness,”  Black says, noting the “little things that people respond to.”

While Black has played over two dozen characters on the series, season 2 saw her playing one she has never done before: a video vixen.

Appearing in a spin class-themed sketch, “she was, like, very sexy and cheating on her man all the time. And that’s just the kind of character that I would never conceive of playing,” Black says, revealing Thede cast her in the part. “And when they told me I was playing that character, I was like, ‘I don’t even know where to begin because I’m usually the dry comic relief girl, not the sexy girl.’ But it was so much fun to kind of lean into those different aspects.”

Remember when I said @robinthede casts me in roles I never thought I would play??? Shout out to hair makeup and wardrobe for turning me into this spin class cheater!! 🤣 pic.twitter.com/L7KOAxIDyF

And if it wasn’t for the COVID-19 safety protocols, which limited the number of cast they would normally have on set, the main cast was featured a lot more in smaller, supporting parts. “Because of that, you could really go all out with a crazy characterization when you only have a couple of lines,” Black says. “So I got to play some characters that I just never — you know, wouldn’t normally be in my go-to bag of tricks. And that makes this so much more fun for me.”

And now that A Black Lady Sketch Show has been renewed for a third season, Black will have even more opportunities to push the boundaries of what she can do as both a writer and a performer —  something that was considered taboo just a few years ago. “You’d have to pick one or people weren’t taking you seriously,” she says.

But all of that has changed, as she and a number of other Black women, like Thede or Amber Ruffin, who wrote for season 1 before launching her own late-night talk show, are taking over TV as both. “Now, I can turn on the TV and see them,” Black says. “And it’s such a great feeling to get to witness all of that and to like, frankly, be alive in a time where women get to do comedy at this level because it’s not like women weren’t this talented before.”

A Black Lady Sketch Show season 2 finale airs Friday, May 28 at 11 p.m. ET/PT on HBO while the entire series is available to stream on HBO Max.