When Audrey Diwan’s film Happening (L’événement) was passed over by France for Oscar submission in favor of Julia Ducournau’s Titane, it was no great surprise to Diwan.

“It was such a hard choice for them to make,” she said. “We both have movies that are not very easy topics regarding the Academy.”

While Titane had won the Palme d’Or at Cannes, Diwan was BAFTA-nominated and won Venice’s Golden Lion with Happening. But Diwan’s film pushed the envelope to a place the Academy has historically swerved. Happening is a graphic, red-raw observation of a young woman, Anne, played by Anamaria Vartolomei, who undergoes an illegal abortion — a subject as contentious as ever in the U.S. as changing legislation currently closes in. Poor Academy precedent loomed too, in the form of Romania’s submission of Cristian Mungiu’s 2007 film — also about abortion — Four Months, Three Weeks and Two Days, which didn’t make the shortlist.

Ultimately, perhaps ironically, neither did Titane. But France’s submission decision left Diwan unruffled, not only because of her personal supportive friendship with Ducournau, but because votes and opinions are not necessarily her creative drivers. Despite making a film that speaks to a deeply personal heart of female freedoms, she seems healthily unattached to how it’s received.

“I am a lazy filmmaker, I do half of the journey and then the audience has to do the other half,” she said. “I’m zero provocation, I’m not interested.” 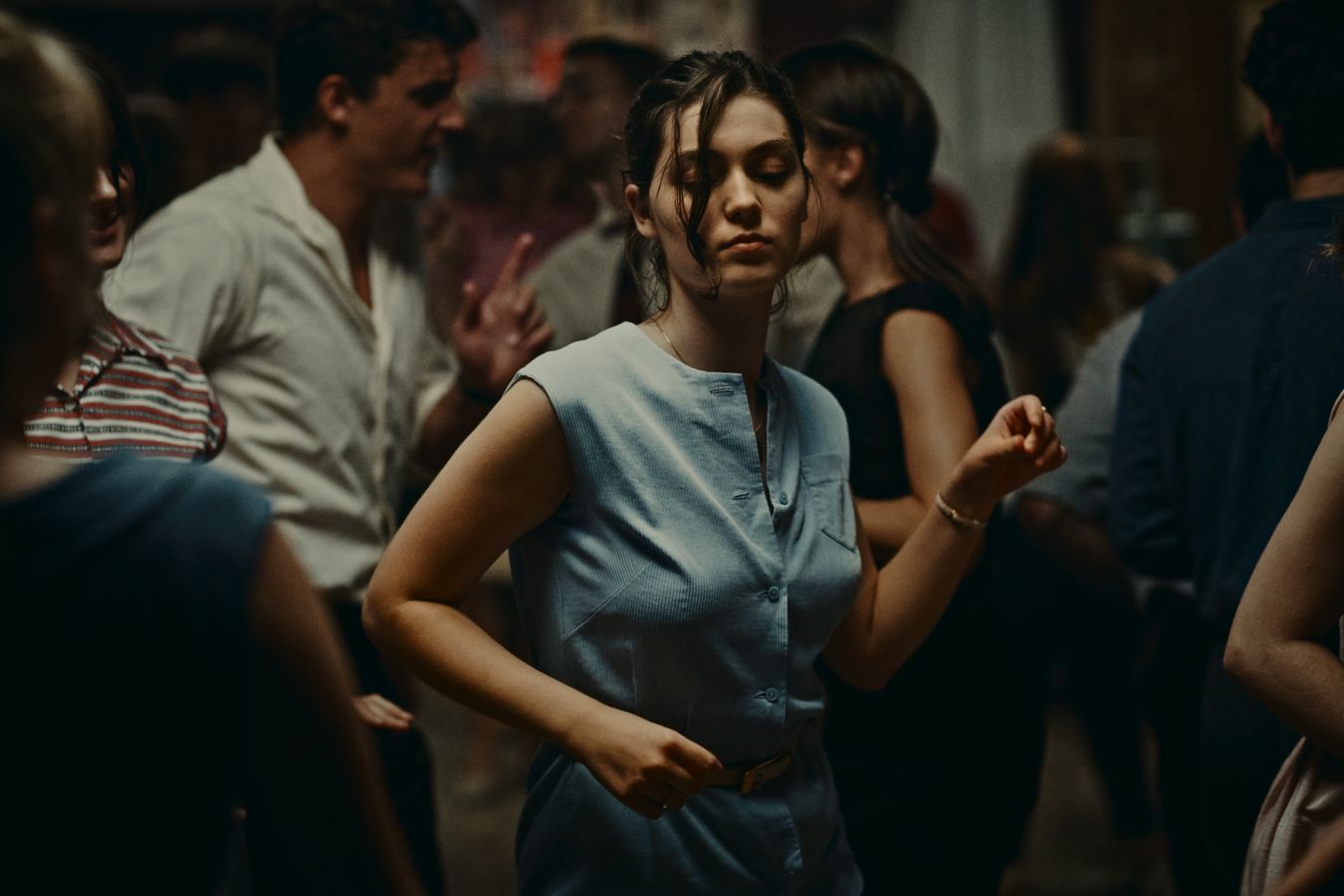 Diwan lit on adapting Annie Ernaux’s book of the same name when it struck a personal chord. “I’m a big fan of Annie Ernaux’s literature, and I read the book after having an abortion myself,” Diwan said. “I was not looking for a movie. I wanted to read something about it because I needed to think about what happened to me.”

Unusually, and sensitively, given the subject, she approached the adaptation in collaboration with Ermaux, who is now in her 80s. “I asked her to tell me more about what was not in the book. I had more questions about her family,” Diwan said. “We also talked about friends, about sexual desire. And then she agreed on reading three versions of the script.”

Diwan then had a full-on fight on her hands to get the film made. “Lots of people told me in the industry, ‘Why do you want to make the movie now, because we’re in France and we already have the law?’ And I was like, ‘OK, I really hope that you’re going to ask the same question to the next filmmaker that comes to you and says they’re going to make a movie about World War II. Because I guess the war is over.’ It was not easy to have them understand. I mean, look at how many women died on that battlefield and tell me it’s not a war. It’s a silent war.”

Fortunately, she said, her producers are fighters. “But it was hard to find the money to make the movie. And all the time we were thinking, We hope at some point when the movie’s done that we are going to be able to show it to people in other countries.”

That dream came true when the film won the Golden Lion at Venice and IFC acquired the U.S. rights. “The Golden Lion changed everything regarding to the topic and the light we can put on it,” she said.

For Diwan, although the film follows a specific abortion experience, at its root it’s also about the boxes women have been put in and societal control. “She’s also this young student that wants to say to everybody, ‘I want an intellectual future. I’m going to go from one social caste to another. I have desire and I’m going to have a sexual life.’ So OK, we also go through an illegal abortion, but to me everything was about freedom.”

Although the story is set in the ’60s, Diwan felt it vital that the film feel current, so she didn’t employ any distinct cues or markers of that era in the film. “I wanted not to be confusing, but to write a story beyond time,” she said. “When you do a period piece, I always feel that there is trick, and the trick is nostalgia. Regarding a woman’s condition, I have zero nostalgia. And I really wanted to focus on what was important to me. Not the setup, but the body. I read the book as a very intimate thriller. And I wanted the film to be some kind of a natural organic thriller because time is running out, and she has to find a solution.”

Another aspect of the story Diwan wanted to ensure came through was that men are not vilified. There was to be no simplification, or definition of their culpability here. “I read the book in 2019, and there were so many things I didn’t know about illegal abortion,” she said. “Imagine a guy in his 40s in 1963, they have no clue. So, it was very important to me not to judge any of my characters, but to try to understand.” 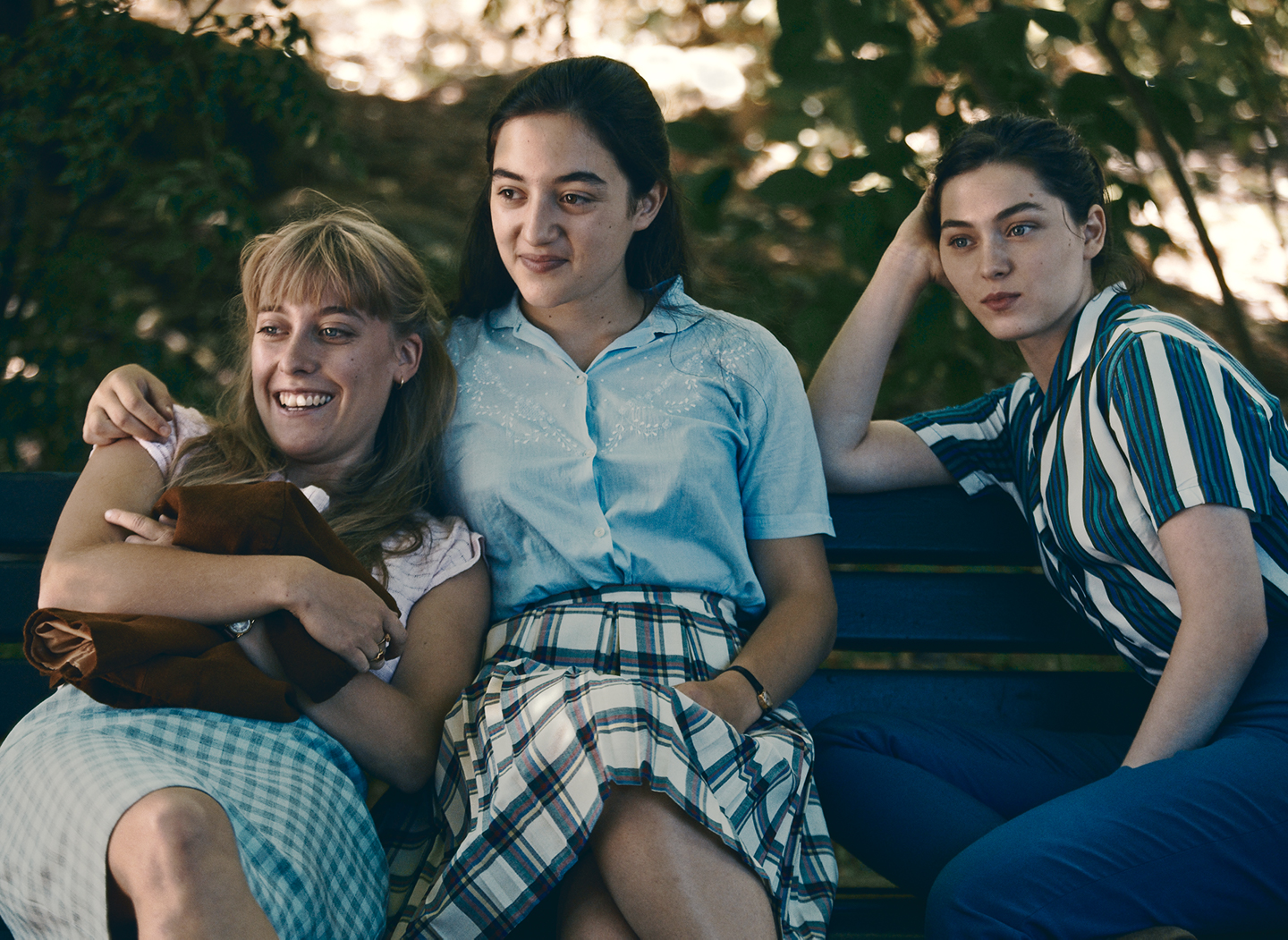 Even the doctors in the story who refuse to help Anne are not presented as simply black-and-white, good or bad. “Those who know, or know a little, they’re scared because there is a law, and the law is very hardcore. If you are a doctor, and you’re going to help the girl who asks for help, even if you believe you’re right, at one point maybe you won’t be allowed to be a doctor anymore. So, I was very careful with the idea that I won’t separate men from women, but I tried to find out: what do they know?”

Diwan is a part of Le Collectif 50/50, an association that promotes industry equality and diversity, and her Happening crew were predominantly women, and a team she’d already worked with on her first film Losing It (Mais vous êtes fous). She describes their working relationship as “an orchestra”, an analogy she uses because, due to the especially long shots she employs, with very little editing, everyone must move in perfect sync. “For one shot to be OK, everything, everybody has to be ready at the same moment,” she said. “It’s not like we were doing this and that and this and that, and we will see when we edit. It was not like that.”

And the denouement of Happening comes in a particularly long scene in which Anne almost dies following the abortion. It’s shocking and hard to watch and unflinchingly real. Did Diwan ever have doubts about presenting it that way?

“It’s very hard to get that right,” she said. “Emotionally, sometimes myself I was shocked. I remember one sequence, a sound engineer came to me and said, ‘Audrey, I’m sorry but you’re crying louder than Anamaria.’ But I had no question about the way I wanted to have this on screen because Annie Ernaux, when she writes the book, she never looks away. So, I can’t have it that you can look away. Then I really tried to be that girl and to be in her house.”

The film was shot during the pandemic, but now, Diwan has finally had the opportunity to meet audiences, some of whom are anti-abortion. She did not shy away from speaking with them. “I met some [anti-abortionists] in France, in Italy, in Germany, in Austria,” she said. “But we managed to have a discussion, a debate. I will not pretend that they have changed their point of view from watching the movie, but new questions were in their mind and that was the thing that we were able to share.”