Bear Grylls is set to star in a new series of Wild Adventures, which will air on ITV and see the adventurer team up with Olympic gold winning boxer Nicola Adams. The series sees the outdoor expert meet with celebrities and undertake survival activities, while also speaking to the guests about their lives and achievements. Bear is one of the most famous adventurers in the world, and has sought to encourage more people to take part in outdoor activities.

He cemented this status after he agreed to be the chief ambassador of World Scouting until at least 2022.

But in 2017 he attended Conservative Party conference, and was accused of breaking Scout Association rules by appearing on stage in his Chief Scout uniform.

The TV survival expert, whose father was a Tory MP, was criticised by then-Labour deputy leader Tom Watson for his speech alongside two young members. 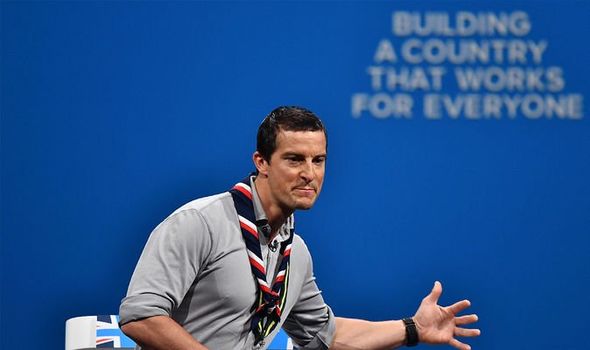 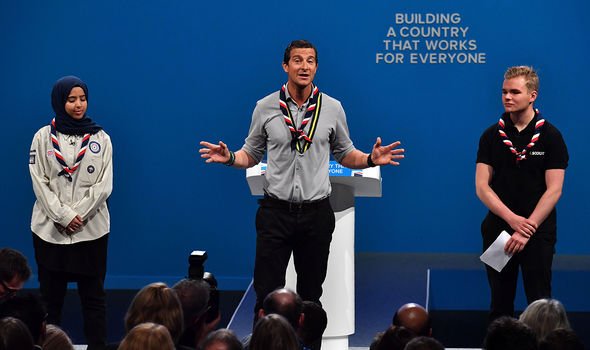 He said: “The Scouts’ rulebook says members shouldn’t take part in political events while in uniform.

“Bear Grylls seems to have broken those rules. But since Theresa May finds herself in the political wilderness perhaps she wanted him close at hand.”

A spokesperson for the Association denied any breach, saying: “We believe that neither the Chief Scout, nor the young people accompanying him broke the Association’s rules. They did not endorse a political party or a political candidate.

“The Scout Movement attended both the Labour and Conservative conferences this year as it has done in previous years to engage with politicians of different views.”

Bear attended to make a pitch for £50million in Government funding, telling delegates at the Manchester conference: “If you ignore young people, you perish.”

He said young people, rather than Westminster, are the “engine house”.

Bear went on: “It’s their courage, their optimism, their energy that will dictate Government and will shape our future. Truth.

“If you ignore young people, you perish. If you embrace them, these guys will show us all how to prosper.”

Many people took to Twitter to criticise the face he attended the event. 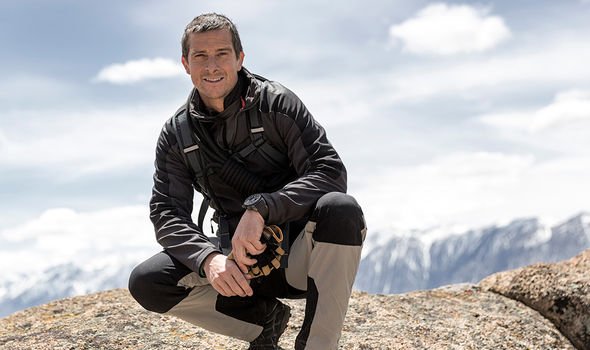 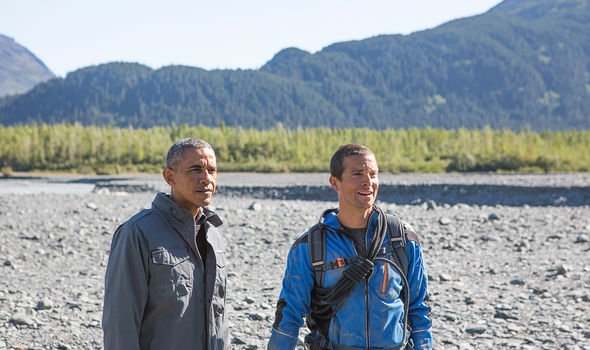 One user said: “Bear Grylls eats camel poo on TV but appearing at Conservative Party Conference is by far the most degrading thing I’ve seen him do.”

Tom Peck, a sketch writer at the Independent, added: “Bear Grylls tries to get the crowd on its feet. ‘Come on, get up, stretch your legs.’ The camera pans to rows of pensioners: all seated.”

Following the event, Bear tweeted that he was not there to endorse any party.

He said: “For the record: I was not there as a member of any political party but simply to champion scouts…”