KJ Apa is known for playing Archie Andrews on Riverdale. But as his fans and followers know, playing music, specifically the guitar, is one of his biggest passions. In fact, before he became an actor, Apa was actually guitar prodigy. 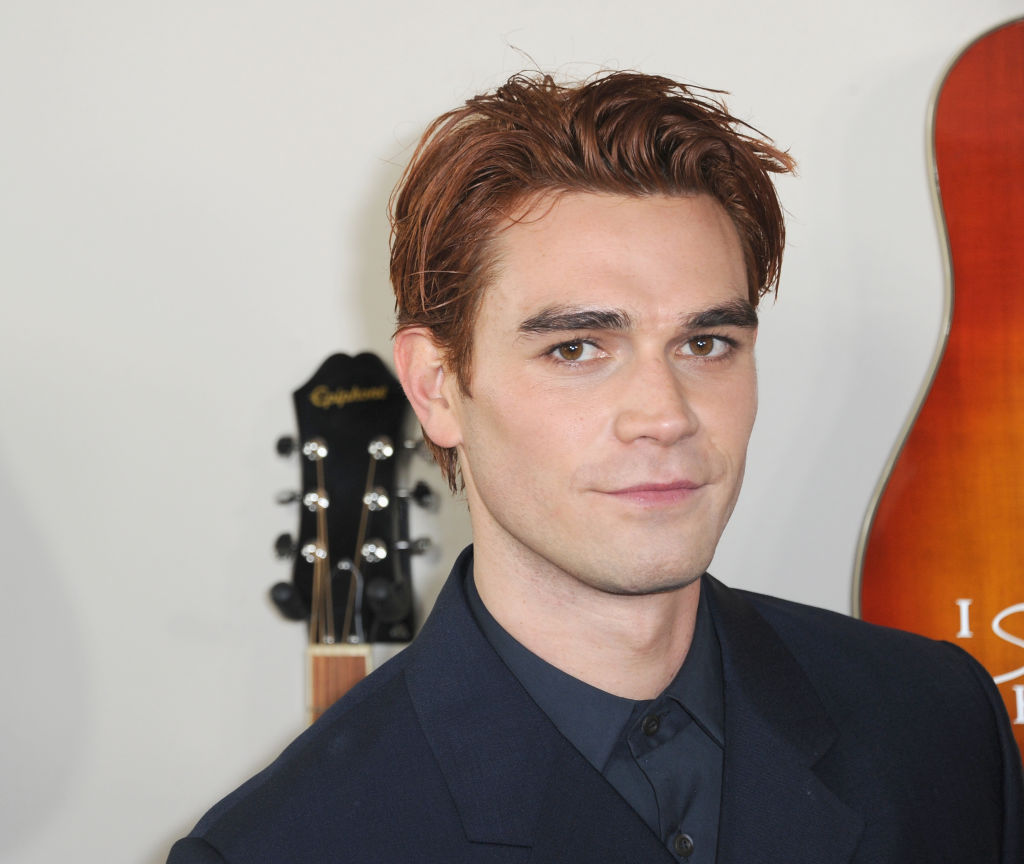 Before ‘Riverdale,’ KJ Apa was known for his music

Apa is a pretty popular actor these days. But before making it big in Hollywood, he was a celebrated musician in his native country of New Zealand.

At a very young age, Apa — who went by his full name Keneti James — taught himself how to play guitar, and would busk to hone his performance skills. His natural talent made him a musical prodigy, and by the age of 13, he was competing in and winning competitions. At just 14-years-old, he released his first guitar album titled The Third Room.

“My name is Keneti James FitzGerald Apa, I’m 14 years old and this is my debut album,” he wrote in the album’s description. “It all started three years ago when I heard a mate playing ‘Hotel California.’ I immediately knew that I wanted to be the best guitarist in the world. I still do!”

RELATED: Why ‘Riverdale’ Star KJ Apa Says His School Was Like Hogwarts

He performs in a band

He may be a huge Hollywood star now, but Apa still fulfills his passion for music. He plays lead guitar for his band, Legend (previously called The Good Town Boys) with his Riverdale co-star Rob Raco (Joaquin), who plays drums. In an interview with Teen Vogue, Apa talked about his band and how much he loves to perform.

“I’m always excited to play, I don’t care if it’s in front of a thousand people or in front of three people,” said Apa. “It’s definitely a different dynamic. I don’t know if I would prefer one or the other, but I definitely know that I was meant to play music.”

What a night. Thanks to all who came to our first show xxxx

The band hasn’t put out any albums yet. But when talking to the New Zealand Herald, Apa revealed that they do plan on releasing music at some point.

“We’ve recorded some music, who knows if it’s any good, but I love it,” said Apa. “I’m Legend‘s biggest fan, I believe in the music, I’m proud of the music, and I can’t wait for it to come out, so people can hear it. It’s a huge rock and roll album that I recorded with my friends solely because I like playing that kind of music.”

He performs on ‘Riverdale,’ in his films, and on social media

On Riverdale, Apa often plays guitar and sings as Archie. And in his most recent film, I Still Believe, the actor portrayed real-life Christian performer, Jeremy Camp, and played guitar and sang for the movie’s soundtrack.

Every now and then, Apa posts videos of himself playing guitar on Instagram. In a recent post, he shared a video of a jam session he had with his other band, Rumble Fish.

“We’ve been writing & recording heaps of music last couple months and I’m super excited [sic] for you guys to hear it all,” he wrote in the caption. “We have 3 songs available to listen to now on all platforms but the rest is coming soon!”

For those interested in hearing Apa’s music, his Instagram page is a great place to start. His Rumble Fish tracks can be found on Spotify and Apple Music.