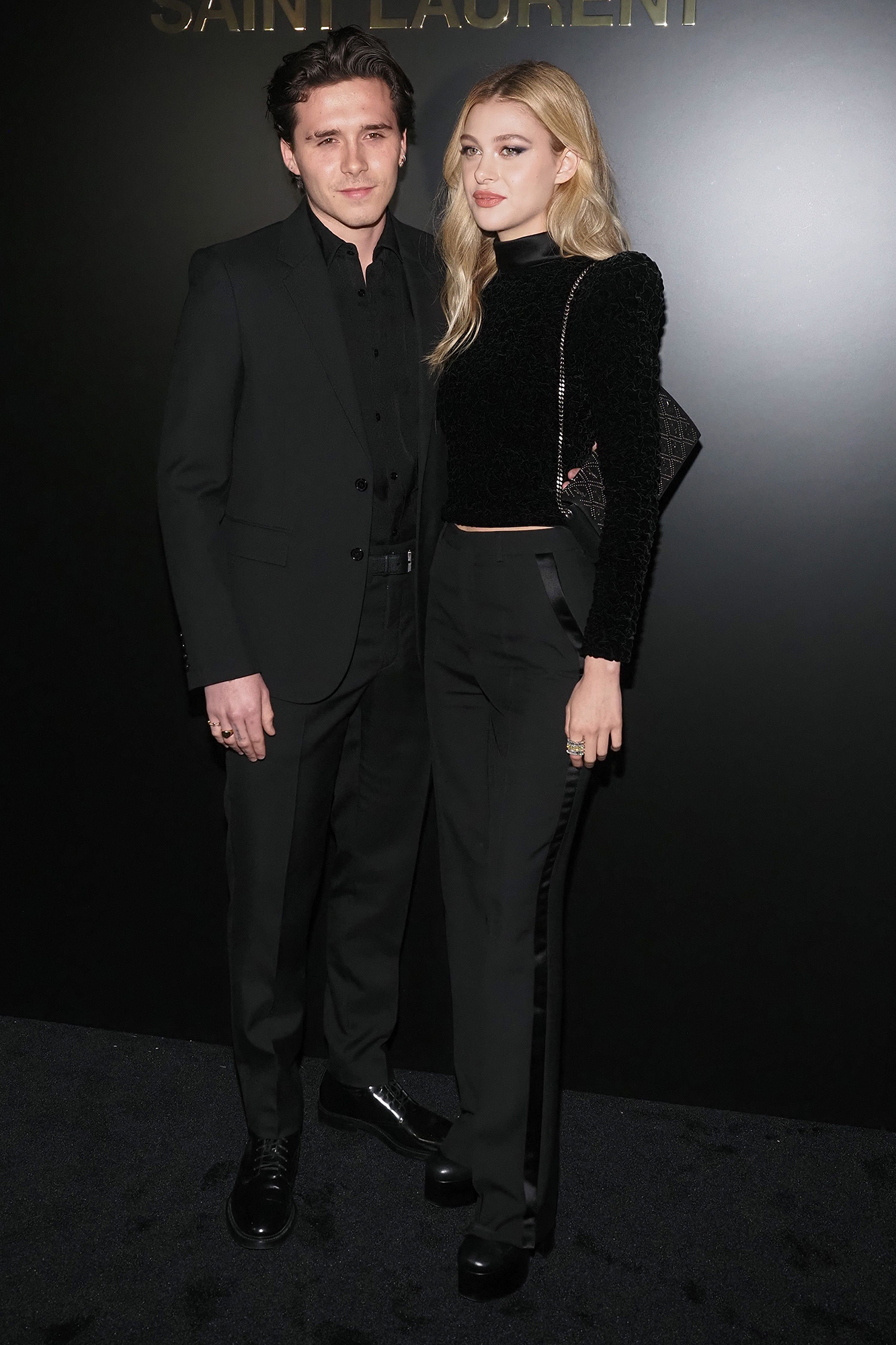 He put a ring on it! Brooklyn Beckham and Nicola Peltz are engaged!

After dating less than a year, Beckham, 21, popped the question to his love, Peltz, 25. The two were first romantically linked in October 2019, one month after the British model and former girlfriend Hana Cross called it quits.

“Two weeks ago I asked my soulmate to marry me and she said yes xx I am the luckiest man in the world. I promise to be the best husband and the best daddy one day ❤️ I love you baby xx,” he wrote via Instagram on Saturday, July 11. 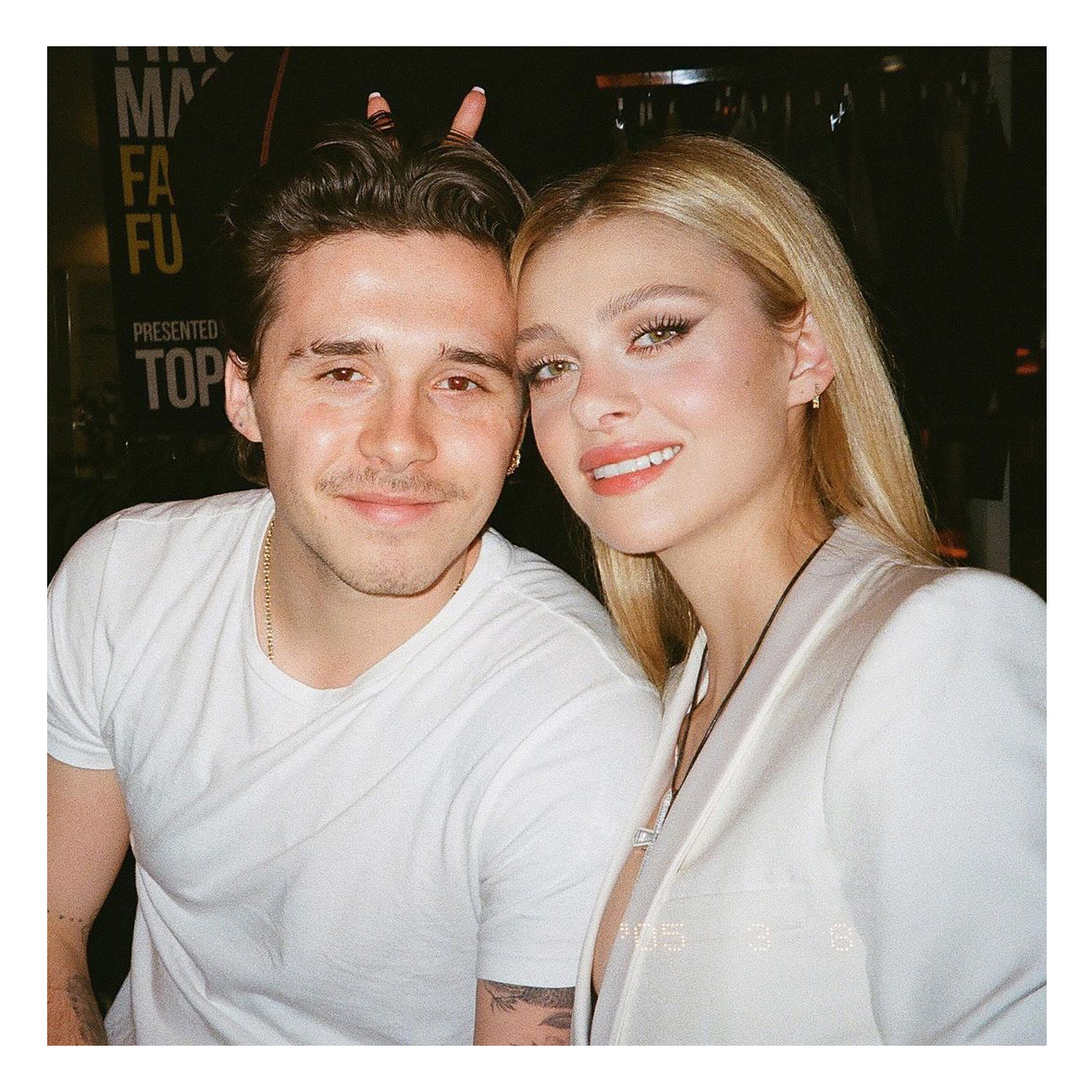 The photographer and the Bates Motel alum were first spotted together at a Halloween party in October 2019, according to the Daily Mail. A few months later, the pair confirmed their relationship, becoming Instagram official in January.

Beckham shared a series of photos of his then-girlfriend on January 1, with a heart emoji as the caption. Peltz, for her part, posted a mirror photo of herself wearing a bra and Beckham standing in front of her on January 2. She captioned the image with a black heart emoji.

Since going public with their romance, the Back Roads actress has called Beckham her “soulmate” and revealed “u have my heart,” via Instagram.

In March, Peltz joined Beckham’s family to celebrate his 21st birthday in England.

“Thank you mum and dad for throwing such an amazing party last night x to all my friends thank you for being part of a night I will never forget ❤️,” the birthday boy wrote at the time.

He also shared snaps from the party alongside his mom, Victoria Beckham, dad, David Beckham, siblings, Romeo, Cruz and Harper and Peltz. 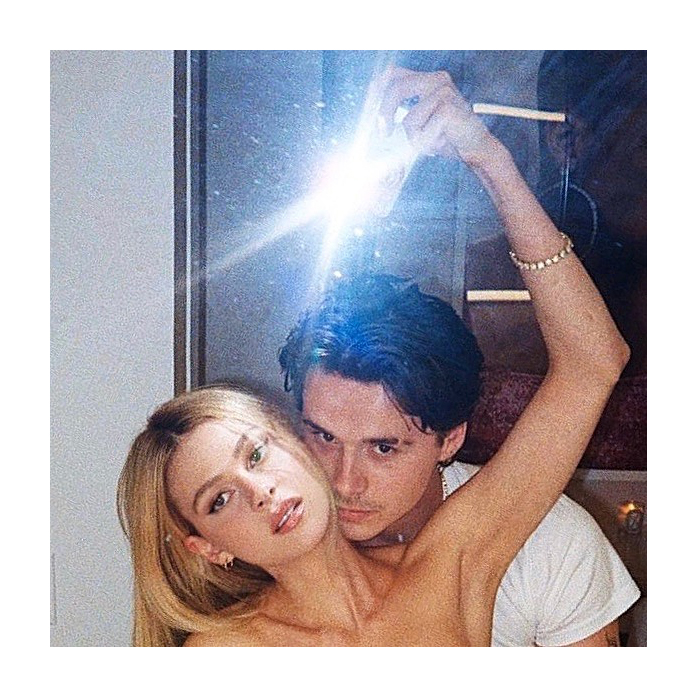 Amid the coronavirus pandemic, the two lovebirds have spent a lot of time together in quarantine — and have gushed about their bond.

“I Promise to always be by your side ❤️,” Brooklyn wrote via Instagram in April. A month later he shared another snap with Peltz, captioning it, “My best friend forever ❤️.”

The Best Engagement Rings of 2020

The New York native also paid tribute to her beau in May via Instagram writing, “i’m dating my best friend and that makes me so happy.”

Brooklyn previously dated Chloë Grace Moretz from August 2014 to August 2016. They rekindled their romance briefly, but separated for good in February 2018.

Related posts:
July 11, 2020 Celebrities Comments Off on Brooklyn Beckham Is Engaged to Actress Nicola Peltz
Celebrity News:
Justin Hartley’s Ex-Wife Lindsay Defends Him Amid Chrishell Allegations
New Edition: Where is Johnny Gill Now?
The surprising meaning of Kamala Harris’ name
Chrishell Stause Likes Tweets Hinting That Justin Hartley Cheated
Kelly Ripa's Most Recent Instagram Clap Back Is Epic
Recent Posts
This website uses cookies to improve your user experience and to provide you with advertisements that are relevant to your interests. By continuing to browse the site you are agreeing to our use of cookies.Ok