Sorry to be blunt, but seriously, we’ve compiled a mind-blowing list (below) of celeb pairs who are actually the same age, even though you’d never think of it if you didn’t know!

We suppose this just goes to show it takes all types in Hollywood — and all ages, too!

Some people seem old for their age, and some younger… Some come into showbiz early and stay forever, while others are late bloomers… some are way older (or younger?!) than their appearance lets on… and some are remembered for popular characters that are WAY far apart from their real age! (Tip of the cap here to Alan Ruck, who was 30 YEARS OLD when he played infamous high schooler Cameron Frye in Ferris Bueller’s Day Off!!!)

Anyways, ch-ch-check out these unlikely pairs of celebs (below) who are surprisingly the same age! 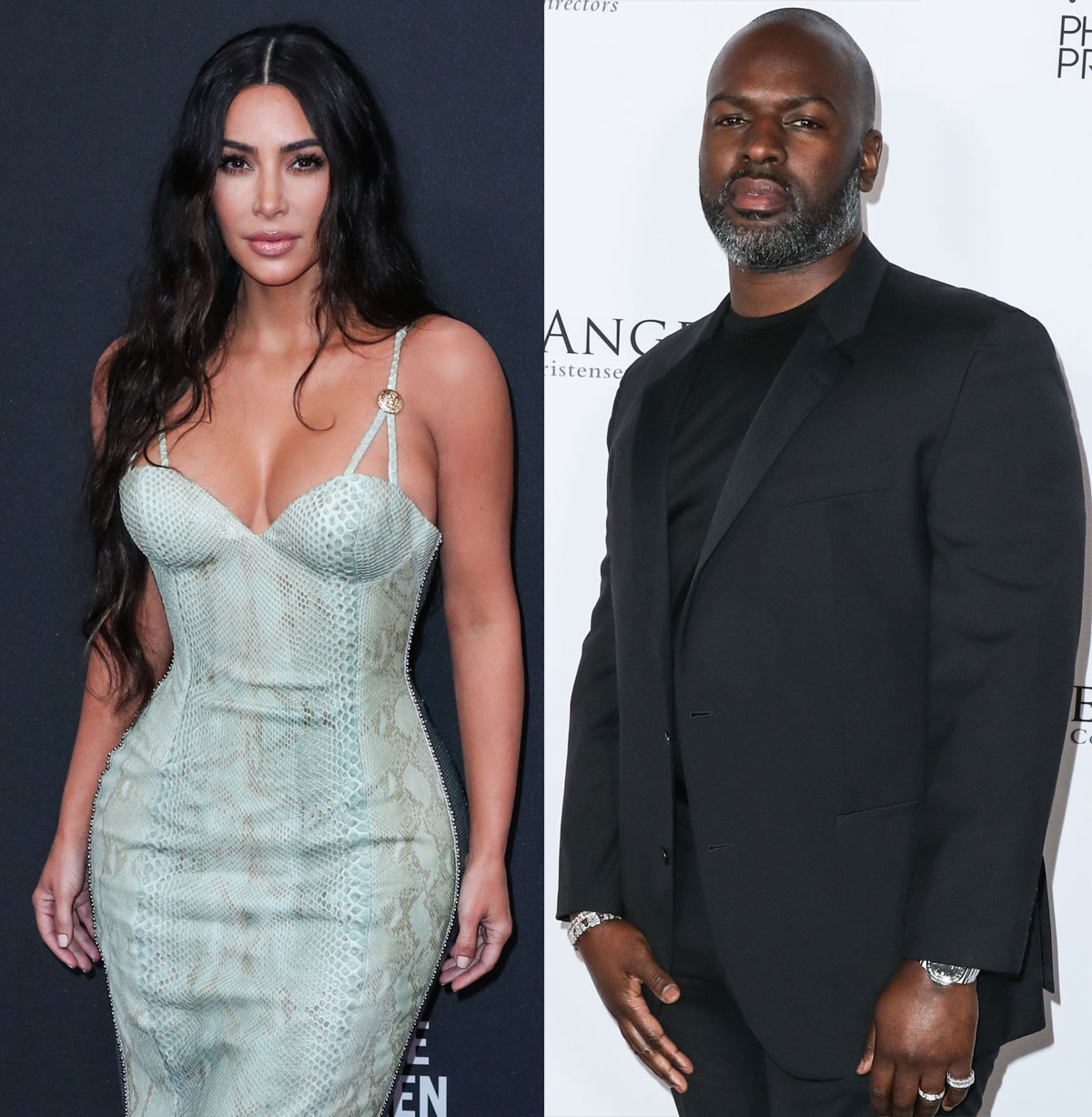 It’s true… Kris Jenner is dating a man who is the same age as her daughter! In fact, Kim Kardashian West is actually three weeks older than Corey Gamble; she was born October 21, 1980, and he entered the world on November 10 of that year. Heck, Kris has another daughter — first born Kourtney Kardashian — who is several years older than her BF. Not that we’re hating on it! If men can date younger women, then women can certainly date younger men! We’re just surprised Kim and Corey were born less than a month apart! 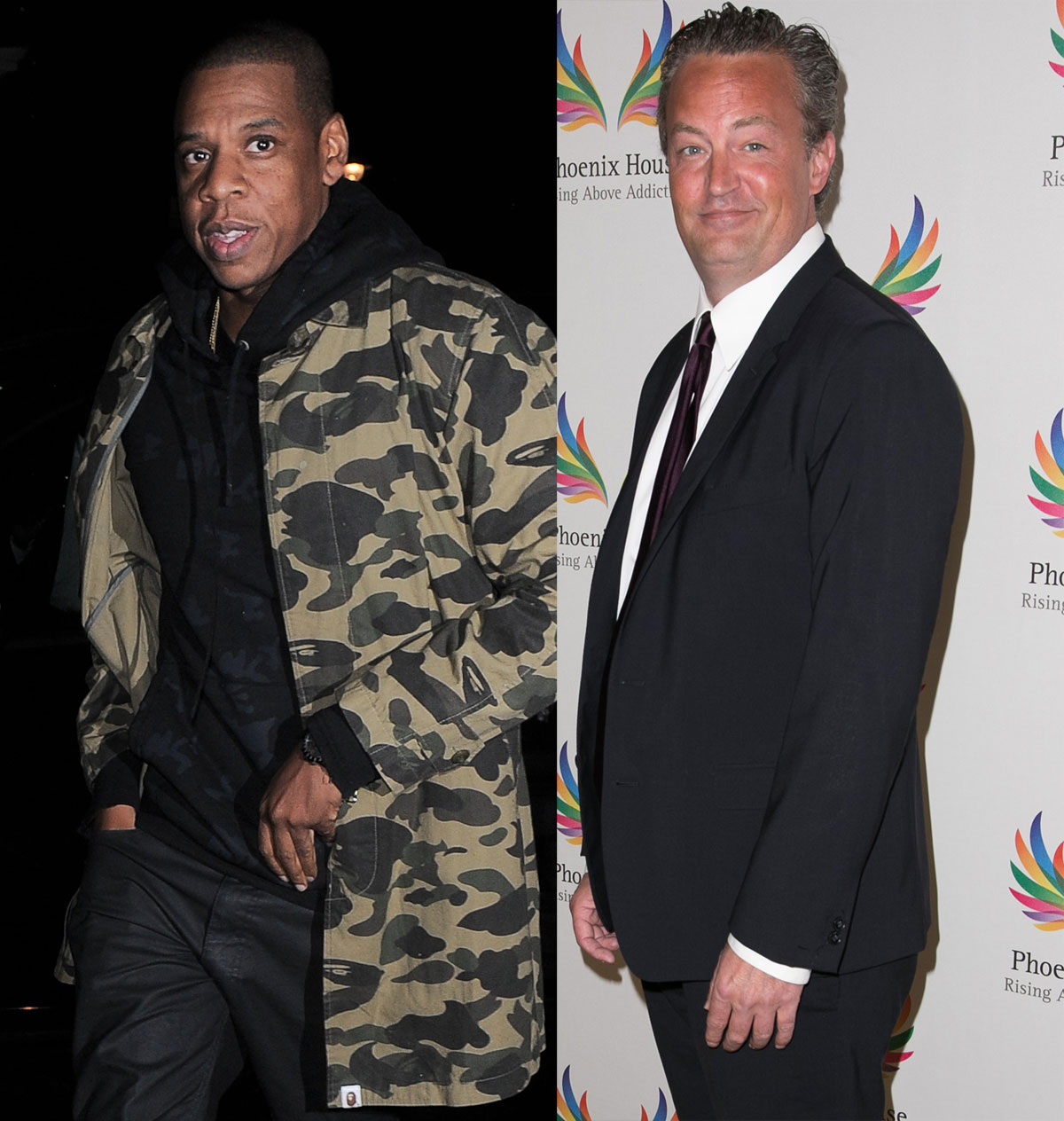 It’s hard to believe that both JAY-Z and Matthew Perry turned 51 years old in 2020 — and just three months apart from each other, no less. The rapper and business mogul will forever be a young music legend to us, so it’s hard to imagine he’s getting older in some ways. And Perry? Hello?! Chandler Bing can’t be north of 50, can he?! What would Janice say?? Such an unlikely duo to be peers, and yet here we are! 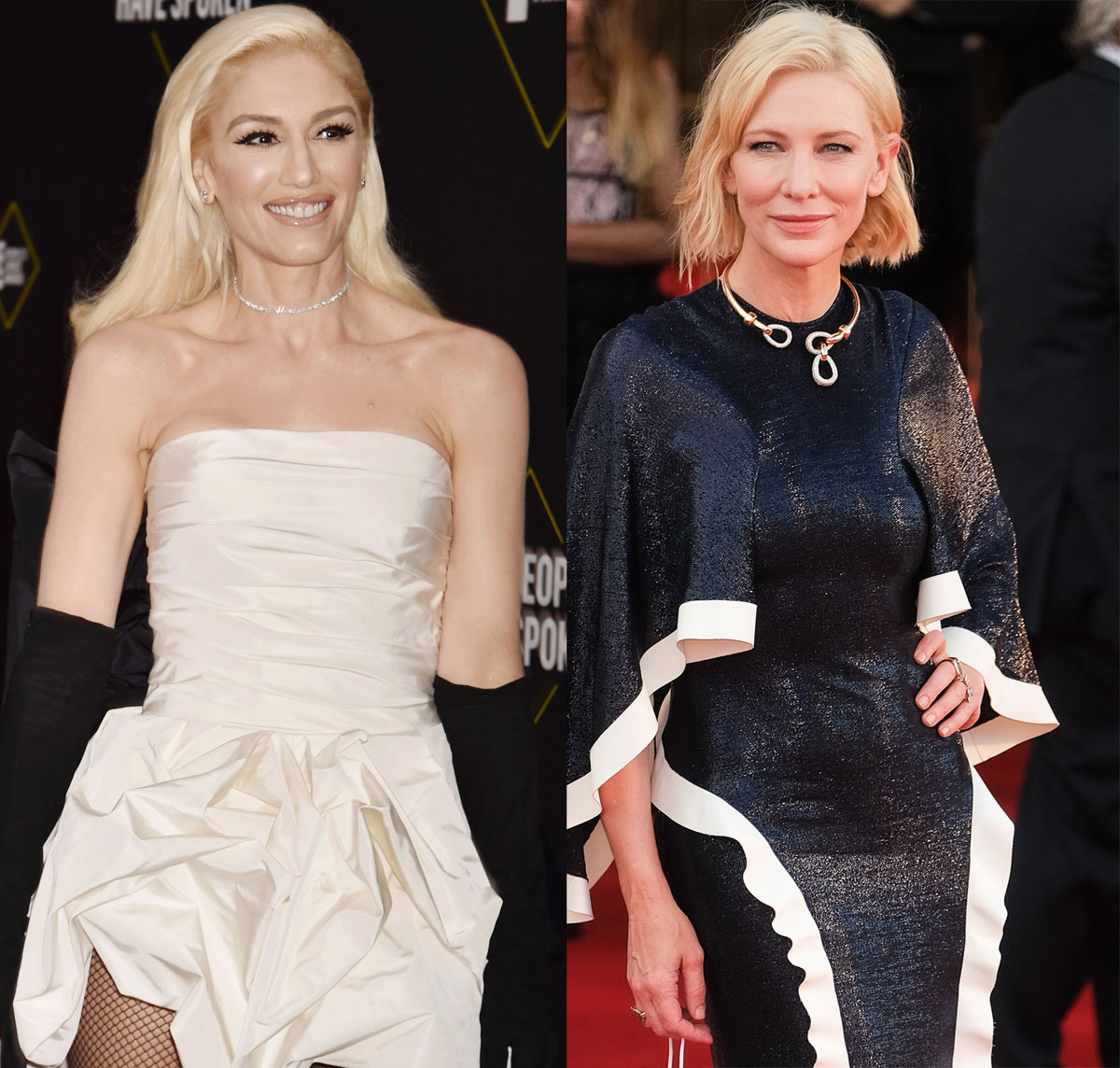 While we will forever see Gwen Stefani as that spunky, young No Doubt front woman, she was actually born in 1969 — and turned 51 years old in 2020! Boy, she sure doesn’t look it! Cate Blanchett doesn’t look her age (the same age, also born in 1969) either, but her powerful on-camera career playing roles with no shortage of gravitas certainly gives us the vibe that she’s Stefani’s elder… maybe by a lot. Not exactly! 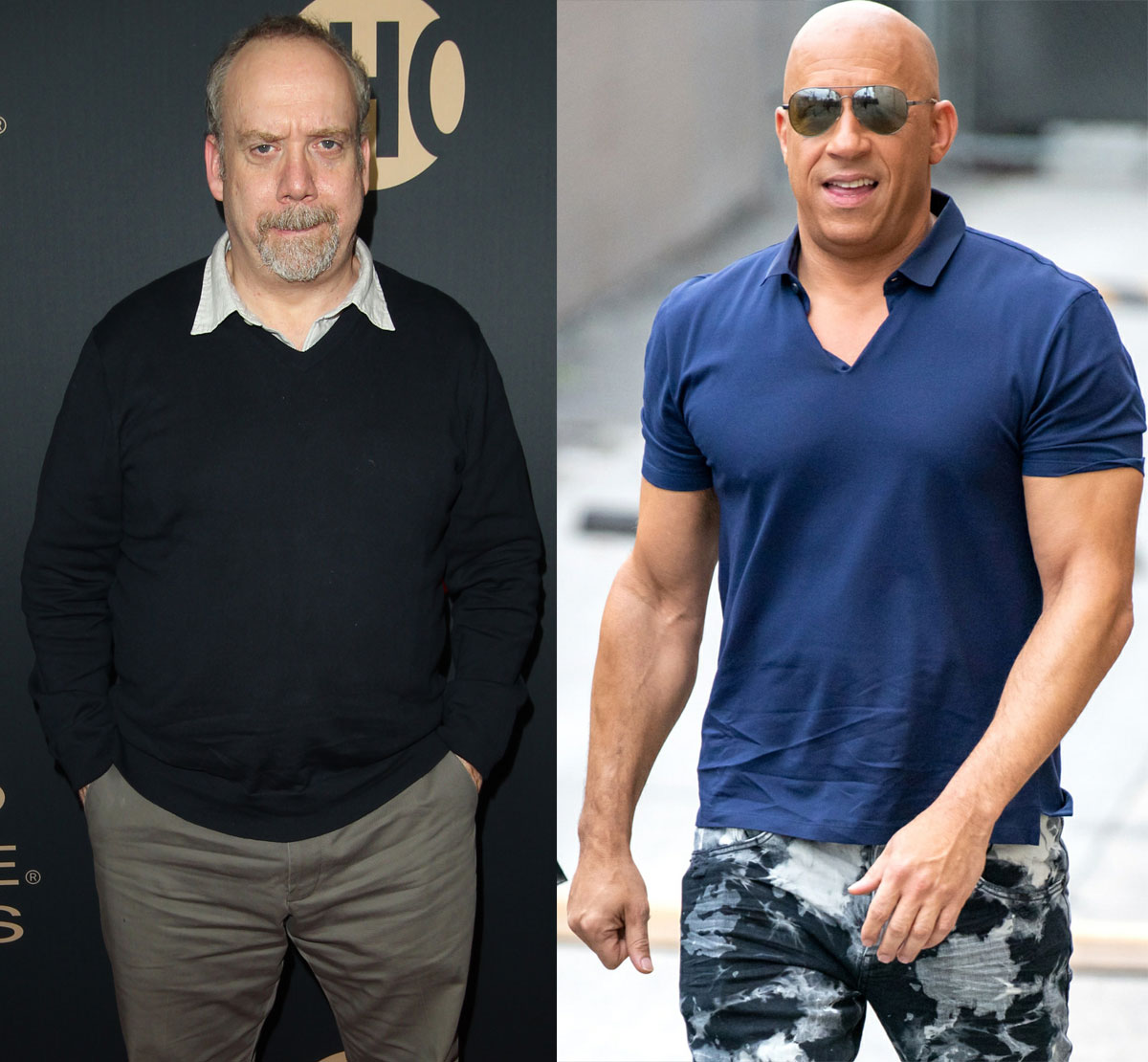 Believe it or not, Paul Giamatti and Vin Diesel were both born in 1967! Seems hard to reconcile, doesn’t it?! After all, Giamatti has had an incredible character actor career playing middle-aged men — businessmen, accountants, etc. — for decades, it seems. Diesel, on the other hand, has been racing cars and fighting bad guys decades younger than him for years. And yet, they’re peers! Who knew?! 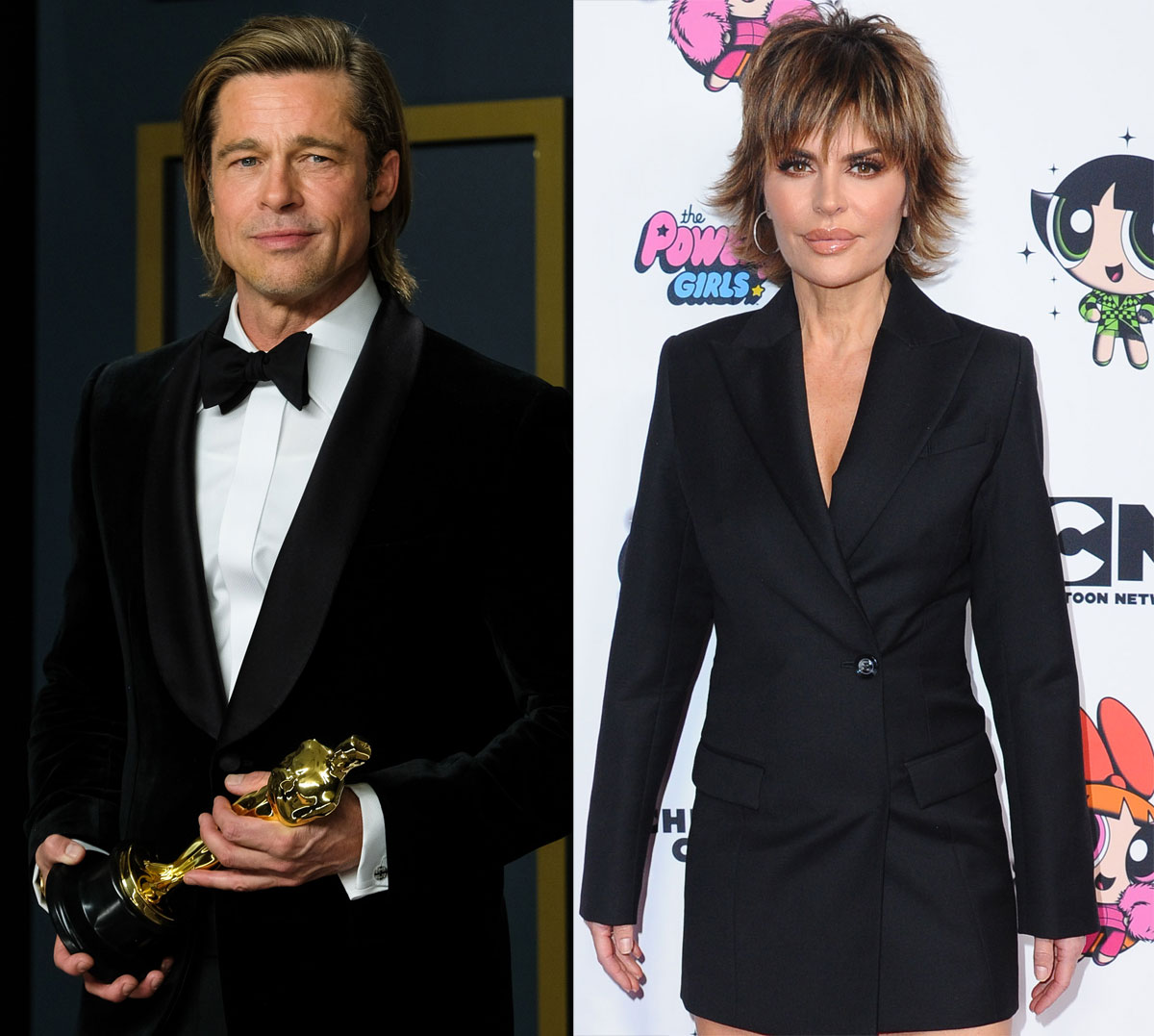 Just like his character in the memorable movie The Curious Case Of Benjamin Button, Brad Pitt seems to age backwards, if anything. It’s hard to believe he was born in 1963 — and thus turned 57 in December 2020. WTF?! Meanwhile, Lisa Rinna was also born in 1963, and while she looks as good as can be for her age, she’s got a much more motherly brand, between her run on Real Housewives of Beverly Hills and the fact that her daughter is already starting to soak up the gossip spotlight… 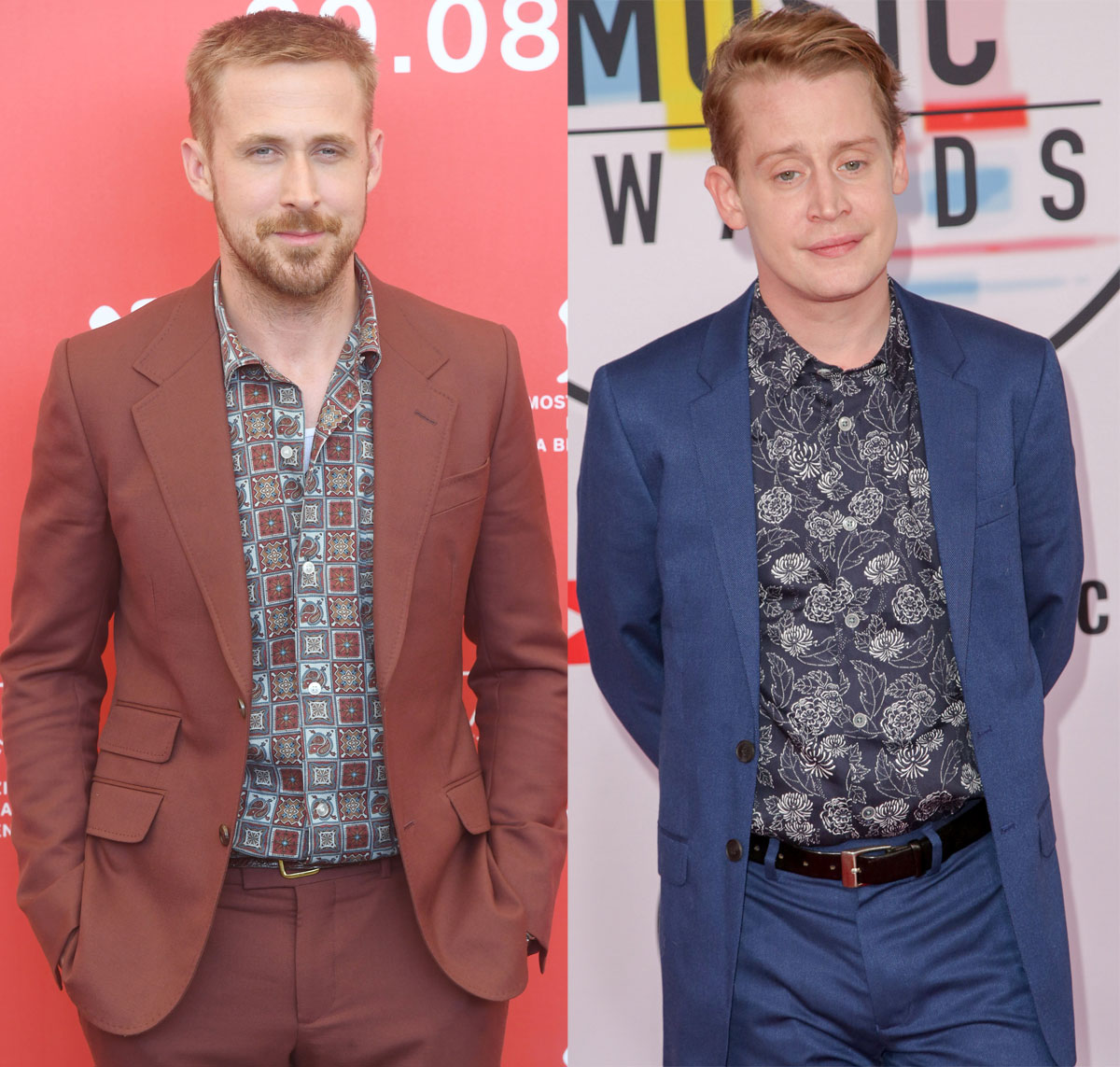 A tale of two actors (born in 1980)! It’s easy to forget that Ryan Gosling was working already as a child himself, considering some of the major motion pictures he’s been a part of as a young man and on into adulthood. Macaulay Culkin, on the other hand, was THE biggest child star for about a decade there thanks to his notoriety from the Home Alone franchise! Glad to see they’ve both settled nicely into adulthood now, though! 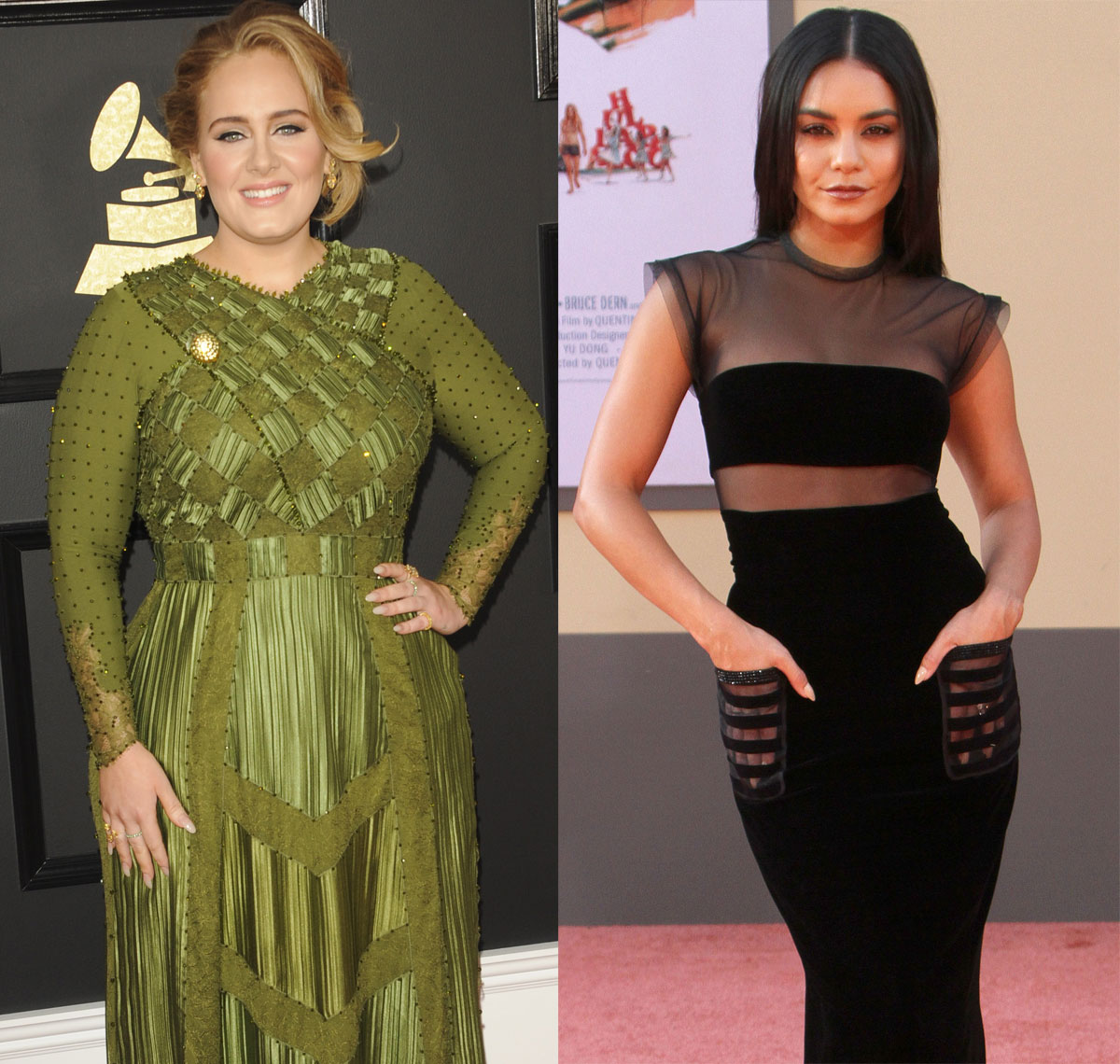 That’s right, the High School Musical star and the soulful, thoughtful lyricist are both the same age — born in 1988! It’s funny, you wouldn’t expect it considering how early Vanessa Hudgens rose to fame in her life doing the major musical thing. By comparison, Adele’s mature, deep lyrics suggest a woman far beyond her years. And yet, they’re peers! Who knew?! Now, we just need Adele to lend her voice to any one of the million Christmas movies Hudgens does… LOLz!

Keith Urban and Will Ferrell 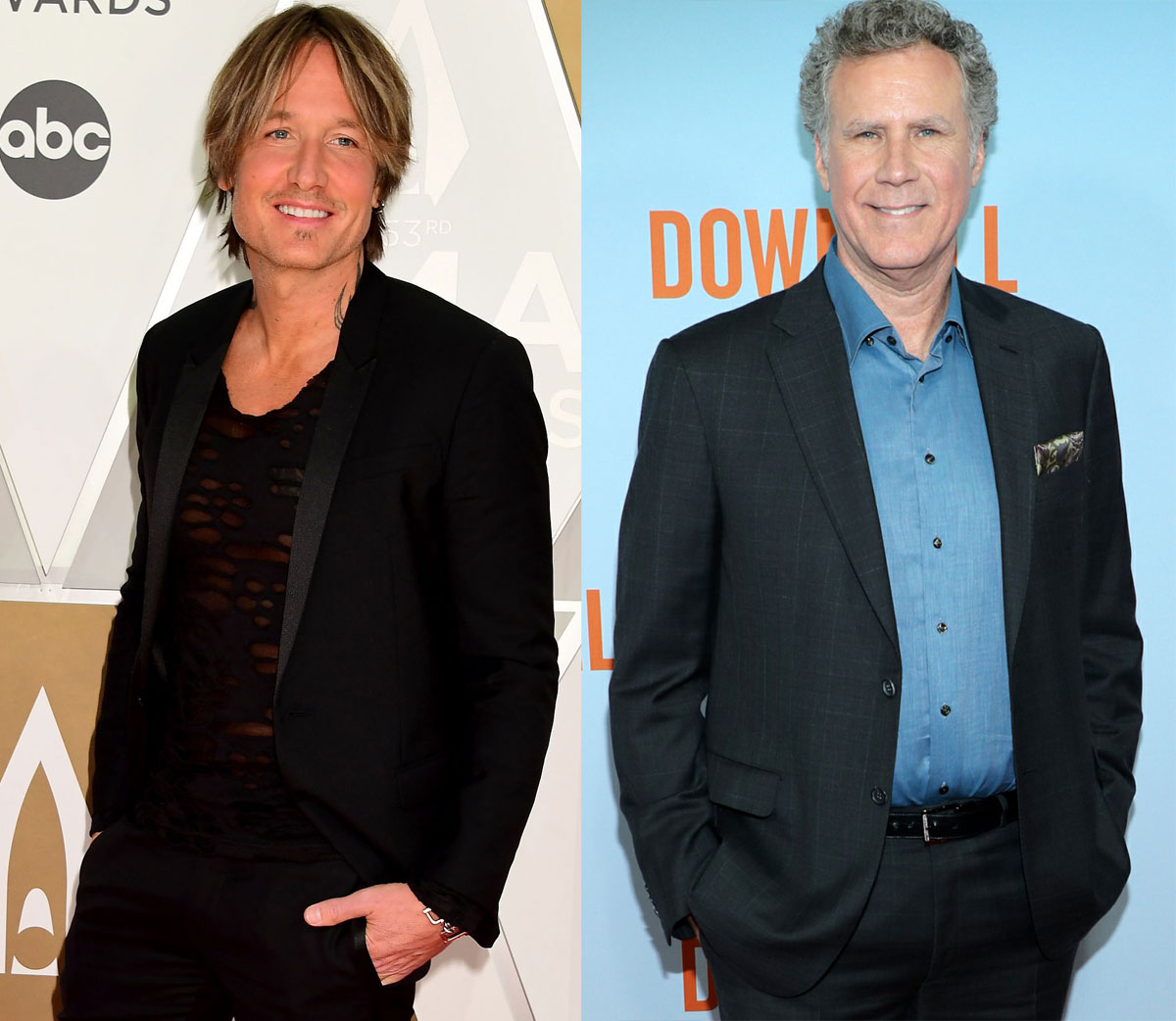 These two couldn’t be any more different in style and delivery… Keith Urban, the smooth country crooner with Australian roots, the superstar who lays low and looks way young for his age (he and Ferrell were both born in 1967). Meanwhile, Will Ferrell hit his comedy stride more than a decade ago and has been coasting after an amazing earlier resume that includes SNL and pretty much every single funny movie from the early 2000s. But here they are, both the exact same age! Funny, that Father Time! 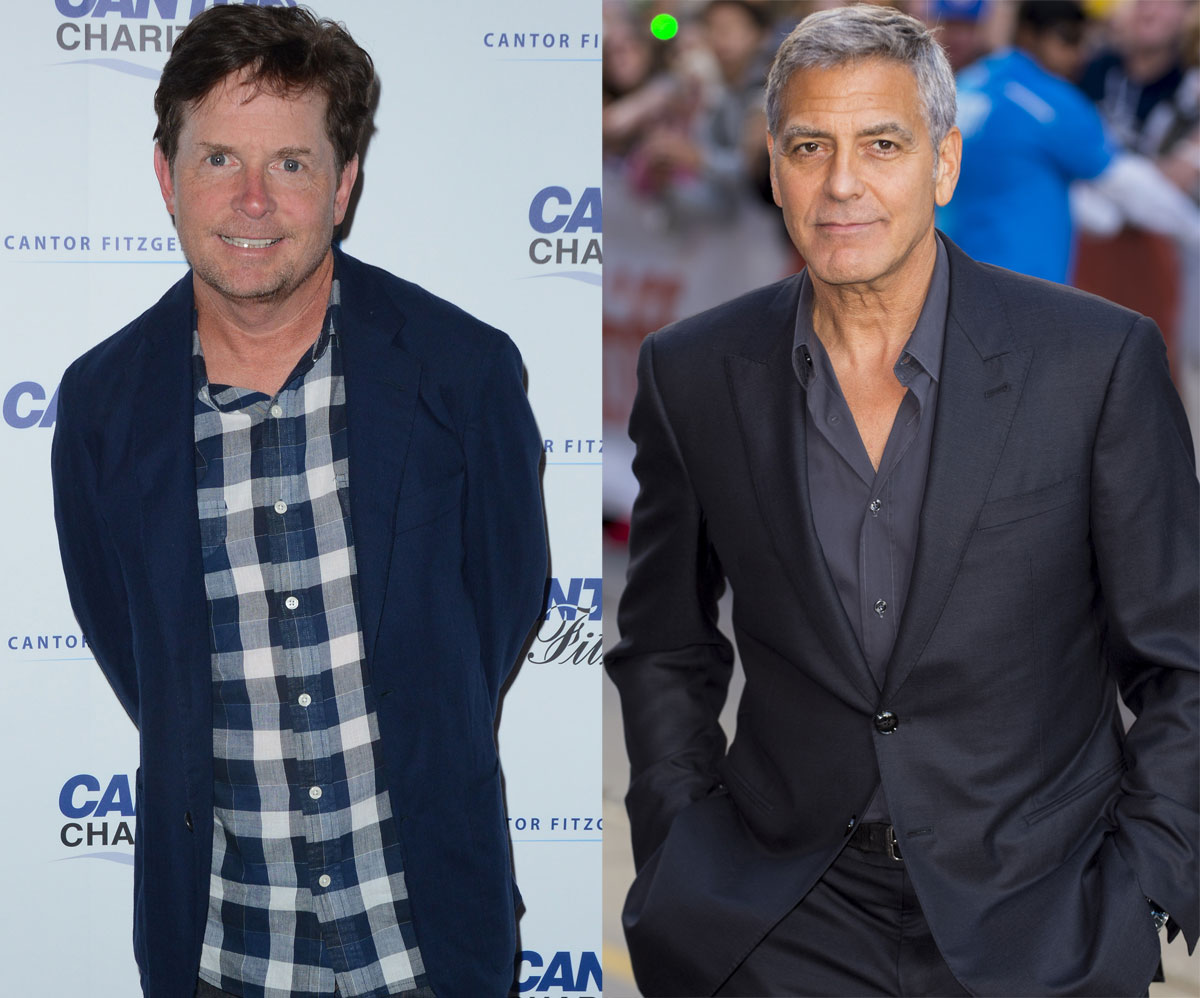 It’s tough to imagine Michael J. Fox and George Clooney as the same age, isn’t it?! After all, Fox rose to fame as a fresh-faced, wide-eyed young optimist, an anything-is-possible young star in iconic roles like the Back To The Future trilogy and the unforgettable sitcom Family Ties. Clooney, on the other hand, took his sweet time to rise to fame relatively later in his career, but when he got there… oh, boy, did he get there. Hunk, hunk, hunk. Ha! But yeah, they’re both 1961 babies, born just a month apart. Amazing! 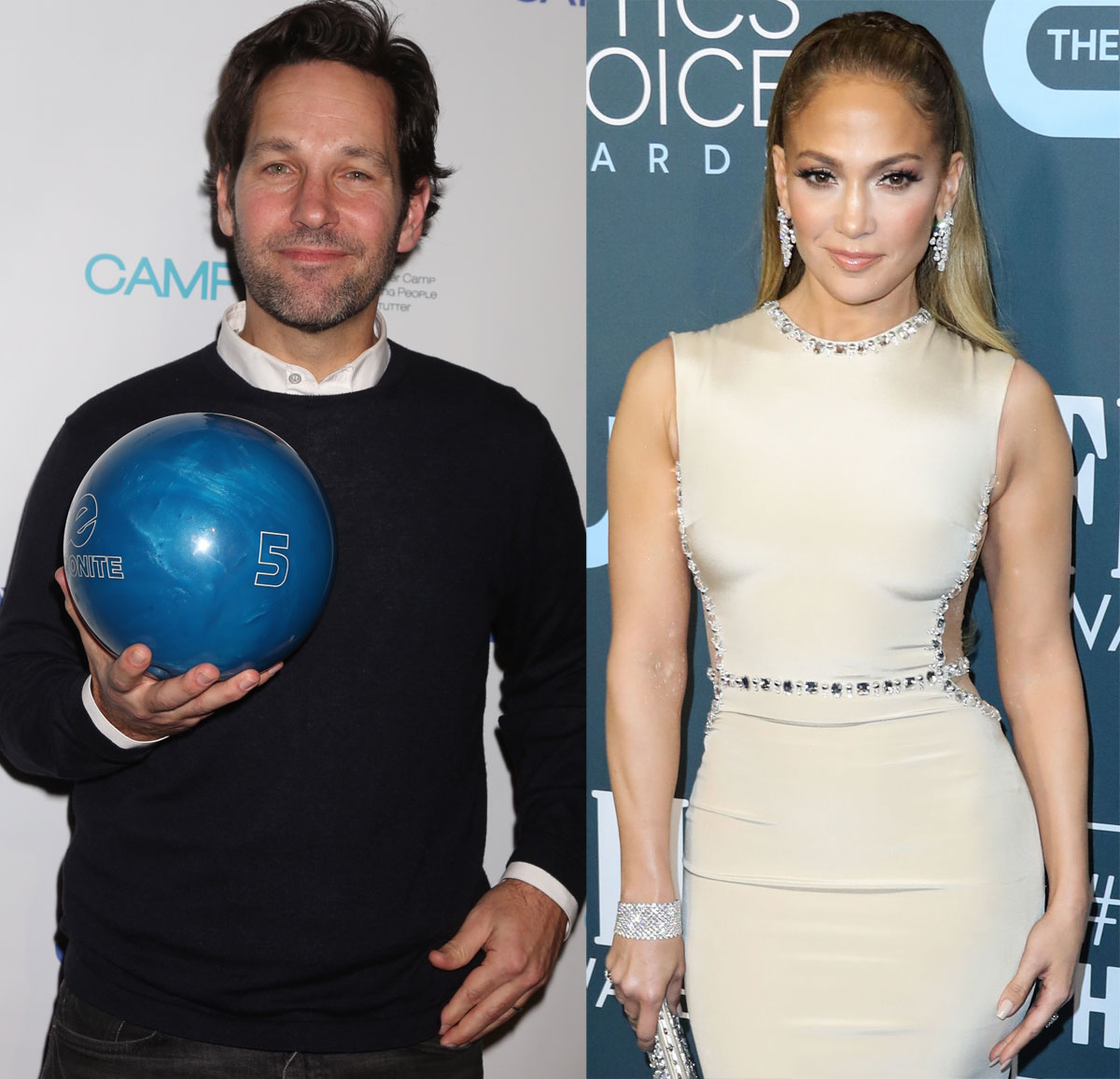 OK, so, admittedly we put Paul Rudd and Jennifer Lopez on this list not just because you’d be shocked that they are the same age (though they are) but also because you’ll be shocked at how old they are! Take a good look at these two. What do you think? Maybe 35 years old? Maybe a young 40?! They look so good, right?? But think again… they were both born in 1969, and they both turned 51 years old in 2020. Isn’t that unreal?!?!

There you have it!

Some of these are pretty crazy, aren’t they?!

Reactions, Perezcious readers?? Sound off about what you learned here down in the comments (below)!!! 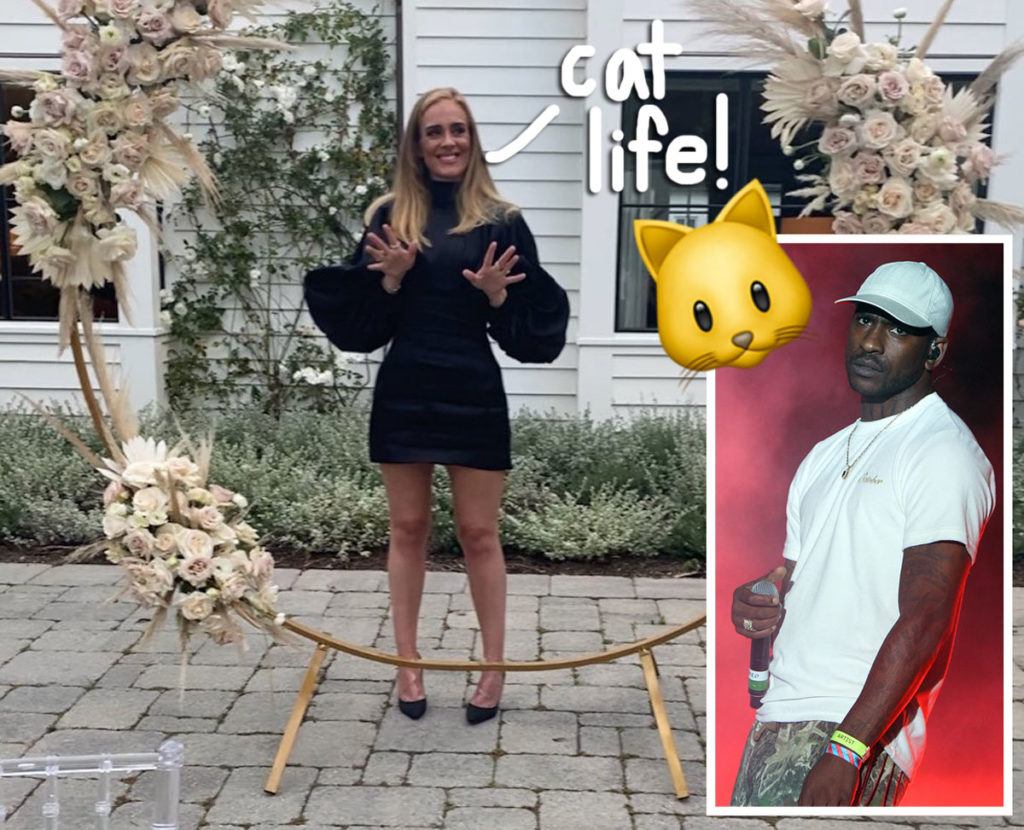 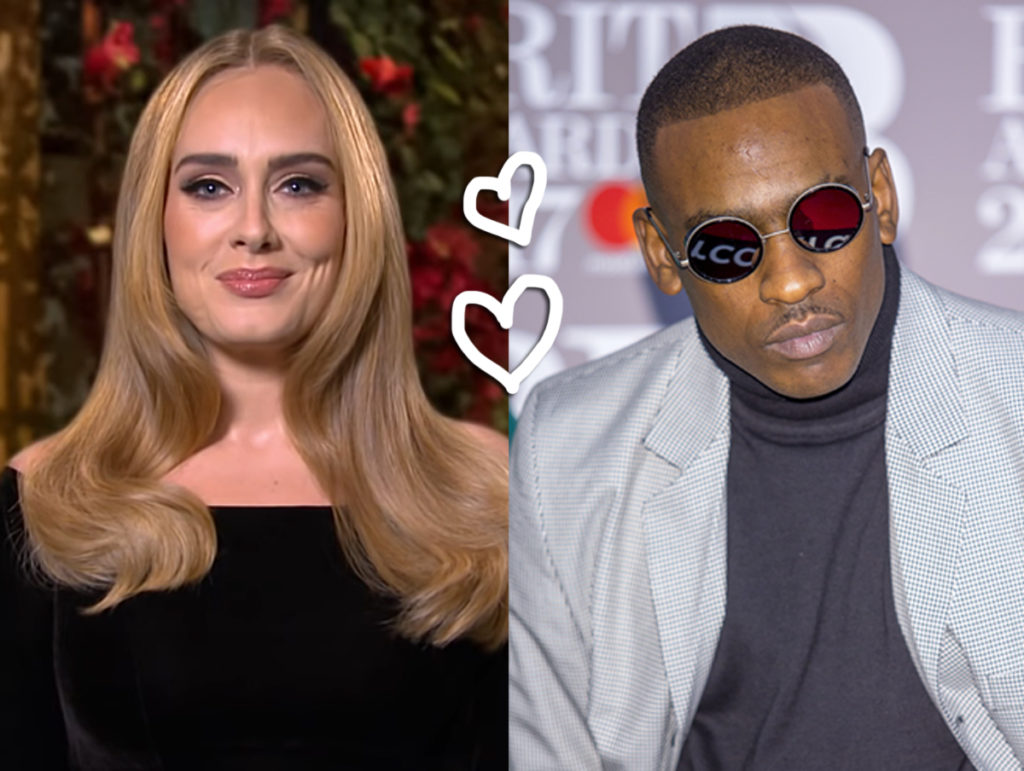 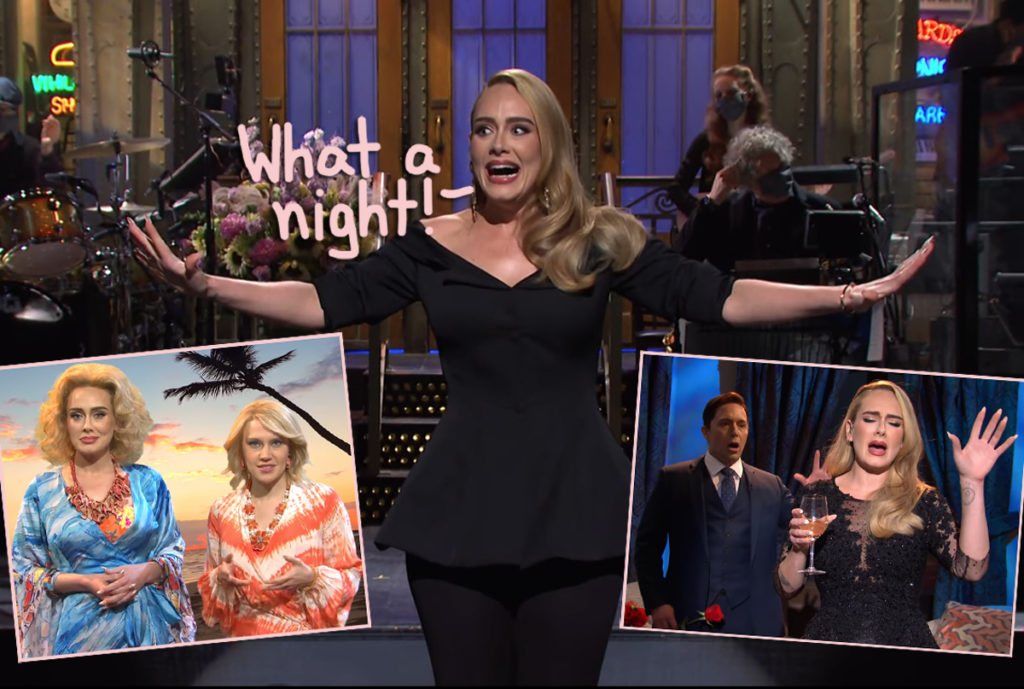 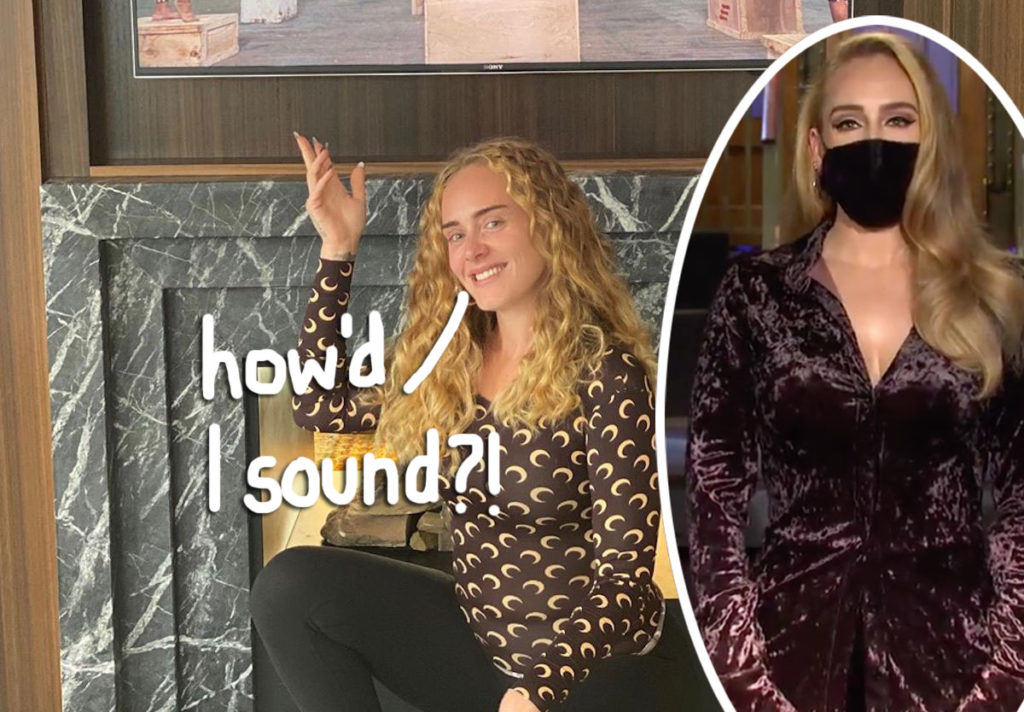 Related posts:
January 13, 2021 Celebrities Comments Off on Celebs You Had No Idea Were Actually The Same Age!
Celebrity News:
Ioan Gruffudd's dad claims marriage to Alice Evans in trouble a while
Johnny Cash's Devastating Childhood Loss Morphed Him From Gregarious to Introspective
Miranda Lambert & Husband Brendan McLoughlin Celebrate Second Wedding Anniversary
Miranda Lambert & Brendan McLoughlin Celebrate 2nd Wedding Anniversary
The Truth About Peloton Instructor Aditi Shah
Recent Posts
This website uses cookies to improve your user experience and to provide you with advertisements that are relevant to your interests. By continuing to browse the site you are agreeing to our use of cookies.Ok