Emmerdale star Charley Webb, 32, her husband Matthew Wolfenden, 40, and their children turned to popular social media app TikTok during the first lockdown and kept fans entertained with their dance moves. After a second lockdown was announced, the actress asked her fans which other videos they could do to stay entertained.

In view of her 475,000 followers, she shared a video of her, Matthew and their oldest son Buster performing a routine on the popular app.

The trio could be seen trying to stay in time together as they wiggled their hips and waved their arms in the air to a trending routine.

Alongside the clip, she asked her fans: “We need to get back on the TikToks for Lockdown #2. Any suggestions?”

While many of Charley’s fans flocked to her post to give suggestions, Kelvin Fletcher, 36, couldn’t resist taking a swipe at their moves. 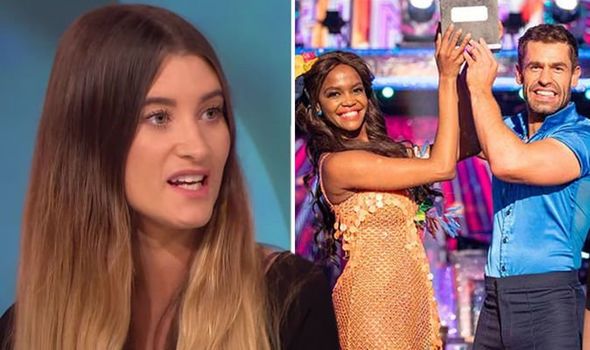 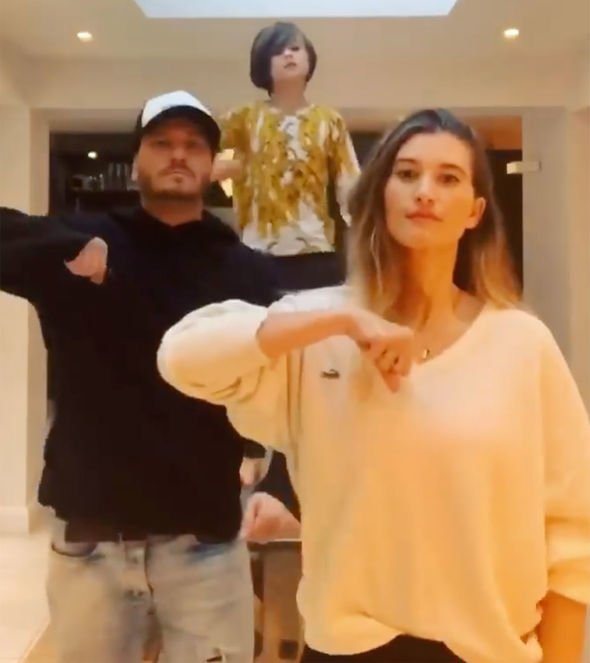 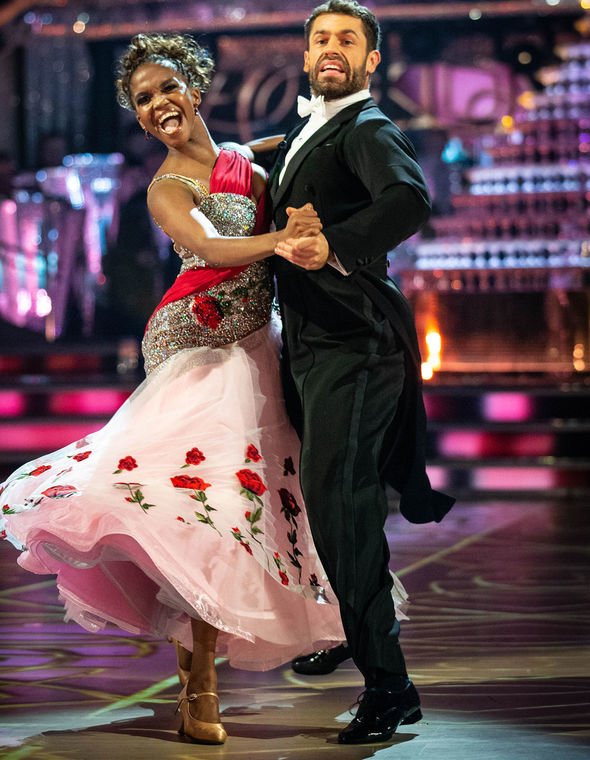 Jokingly hitting back at her former co-star, she also replied: “@kelvin_fletcher Don’t get cocky! 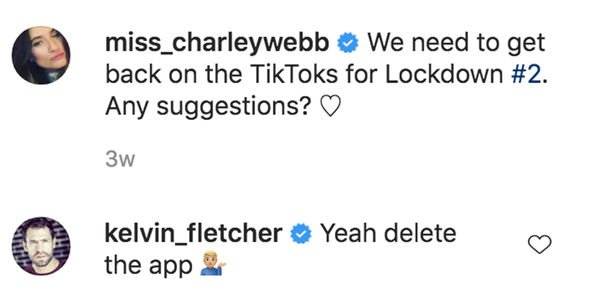 “I’ve got some right corkers of your skills before Stricts,”(sic) followed by a rolling eyes emoji.

Reacting to her comment, Kelvin replied with an embarrassed face emoji.

The actor, who played Andy Sugden in Emmerdale, showcased his dancing talents on Strictly last year.

After impressing the judges and public with his moves, he went on to win the show with Oti Mabuse.

Kelvin joined the show as Jamie Laing’s replacement after the latter suffered from an ankle injury and had to pull out.

Elsewhere, Charley, her husband and their son were praised for their dance moves by fans online.

Another wrote: “Matthew is getting into it lol.”(sic)

Tonight, the pair will put their skills to the test on Celebrity Supermarket Sweep.

The couple will compete against duos Jenny Ryan and Megan McKenna and DJs Rickie Haywood-Williams and Melvin Odoom, in a bid to win a £10,000 jackpot for the charity of their choice.

Related posts:
December 5, 2020 Celebrities Comments Off on Charley Webb tells co-star Kelvin Fletcher ‘don’t get cocky’ after he mocks her dancing
Celebrity News:
Olivia Jade on YouTube Return After College Bribery Scandal: I Just Want to Do What I Love
Jessica Mulroney Shares Text Messages with Sasha Exeter to Exonerate Herself After Last Year’s Controversy
Dolly Parton Mourns Passing of Brother Randy Two Days After Her Birthday
'RHOC’ Star Shannon Beador Says She Got Bad Cosmetic Work
Bridgerton's diverse cast was found using an 'inclusion lens'
Recent Posts
This website uses cookies to improve your user experience and to provide you with advertisements that are relevant to your interests. By continuing to browse the site you are agreeing to our use of cookies.Ok