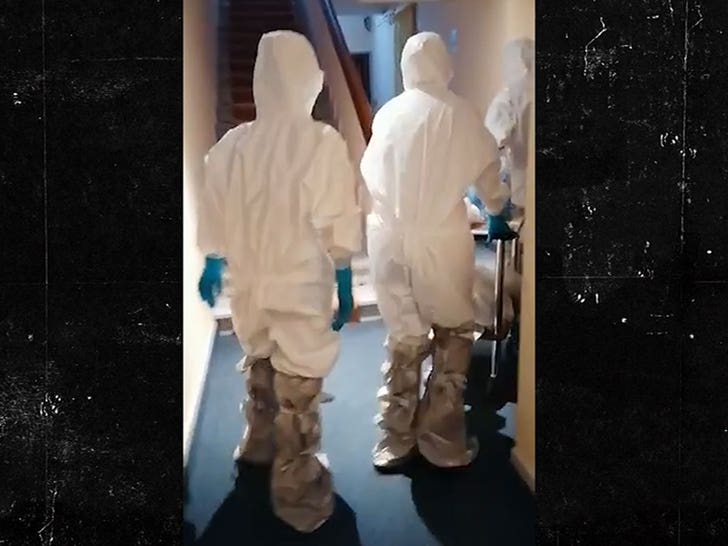 The coronavirus outbreak in Italy has gotten so bad, some of their hotels are starting to look like a scene straight out of ‘E.T.’ … it’s hazmat suit galore.

Check out this snapshot of what appear to be two hotel workers — or public health workers, perhaps — recently rolling a cart of food through a hotel hallway in Alassio, Italy. The two people here are covered from head to toe in protective gear to keep them virus-free.

Unclear which facility this is, but according to reports on the ground — at least two hotels in that city have been placed under quarantine, including the Bel Sit and the Al Mare. Apparently, dozens of guests have been diagnosed with confirmed cases of coronavirus.

When it comes to the country as a whole, reports say Italian authorities have announced the infected have risen by 40% to 1,576 in 24 hours. Several people there have already died.

In any case, it’s wild that this is where other countries are in what’s clearly become a global health pandemic — and perhaps more concerning is what this might mean for the States.

Of course, President Trump has formed a special committee — being headed up by VP Mike Pence — to combat and contain the outbreak here at home … and his administration has insisted the risk of contracting the virus for the average American remains low.

It’s a little to swallow that pill when you see what’s happening just across the pond ?