She has been involved in music since 2009, releasing hit singles like “Wanted” and “Clint Eastwood.” Decker was also involved in her own short-lived reality show, Eric & Jessie: Game On.

Over the years, fans have seen Decker and her husband, former NFL pro Eric Decker, welcome three children, all as they expand their business empire. Jessie James Decker has built her career on the premise that she is a relatable, girl-next-door type.

However, some fans on Reddit recently dissected an ongoing rumor that Decker is deeply involved in a nasty family feud.

Who is Jessie James Decker? 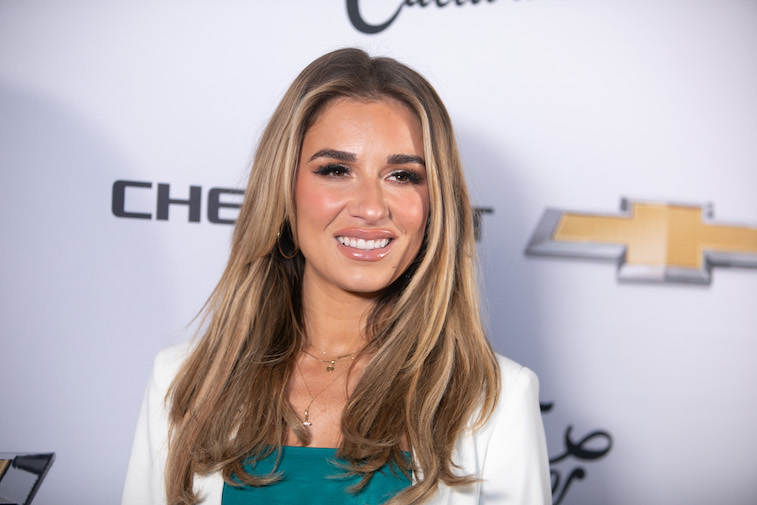 RELATED: Jessie James Decker Reveals the Most Surprising Thing About Being a Mom

Jessie James Decker (born Jessie James) first burst onto the music scene in 2009, but she was no stranger to performing. Decker began singing when she was just a child, putting on shows in contests and pageants all over Georgia and Tennessee.

At the age of seventeen, Decker landed her own recording contract and began writing and recording music.

Her debut album was released in August 2009, and made her a country music sensation. Her vocal style was compared to Christina Aguilera and many critics loved her impressive range.

Although her music career started out on a promising note, over the next several years, Decker’s focus shifted to reality television. In 2013, Eric & Jessie: Game On debuted, chronicling the adventures of Jessie James Decker and her husband, Eric Decker. The show gained Decker an abundance of fans and went on to run for a total of three seasons.

33 looks good on ya baby! Happy birthday morning with daddy!!! Sleepy faces and the iphone timer to capture our morning! Eric got some great gifts including a label maker and a laminator machine lol.

For many fans, Eric and Jessie James Decker have the perfect union. They frequently share loving snapshots on social media, documenting their date nights out as well as family nights in. They have been married for seven years, and during that time, there have been very few scandals involving the pair. Still, in late 2018, rumors started swirling that Eric Decker had been stepping out on his wife.

According to the rumors, Decker made a habit out of visiting Nashville bars and clubs, and hooking up with women that he met there. Decker was quick to slam the rumors, claiming that the only club he frequents is “The Mickey Mouse Club House.”

Jessie James Decker didn’t directly respond to the cheating rumors – however, it seems as though the country singer has some troubles of her own to deal with.

Is Jessie James Decker embroiled in a family feud?

And the award for the couple with the most unattractive feet goes to….. #bunionsarezexy #wheresyotoenailsbae?

During the run of her reality show, which is now on indefinite hiatus, viewers were introduced to Jessie James Decker’s family, including her sister Sydney Bass and her brother, John James. The siblings seemed super-close on the reality show, but according to some fans on Reddit, the family has undergone a dramatic upheaval in the past several months.

In a recent Reddit thread, a fan posted screenshots of an alleged conversation with Decker’s brother, John James. In the screenshots, James claimed that he is no longer on speaking terms with his older sister due to the fact that she “forced a conversation that wasn’t appropriate.”

In the comments, fans speculated about the reason for the argument, casting doubt on both sides. Ultimately, Decker has not made a public statement about the feud, so fans still don’t really know what went on to cause the rift in the family.

Related posts:
May 25, 2020 Celebrities Comments Off on Country Star Jessie James Decker Could Be Feuding With Her Brother
Celebrity News:
Prince William & Harry are splitting the remaining money from the Diana fund
Troy Daniels’ First Meal in NBA Bubbles Drives People Wild: It’s ‘Fyre Festival’ Food
Thandie Newton Opens Up About Surviving Sexual Assault as a Teenager
Paris Jackson Confesses That She Did Try To Kill Herself In New ‘Unfiltered’ Episode
Kylie Jenner Claps Back After Fans Accuse Her of Snubbing Black Designer
Recent Posts
This website uses cookies to improve your user experience and to provide you with advertisements that are relevant to your interests. By continuing to browse the site you are agreeing to our use of cookies.Ok