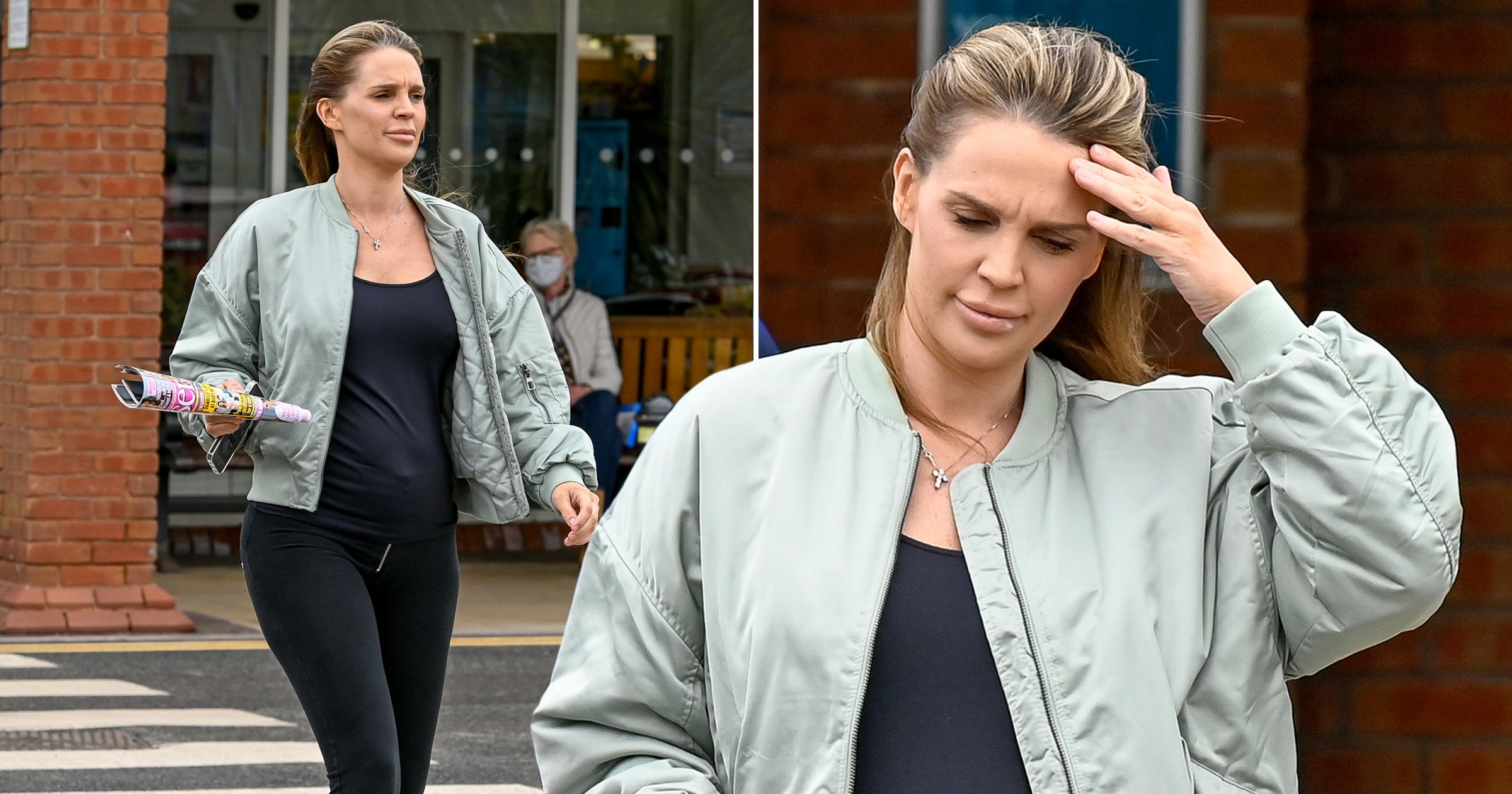 Danielle Lloyd has been spotted for the first time since revealing she is expecting her fifth child.

The reality TV star, who is hoping to have a girl, displayed the beginnings of a baby bump as she popped to the supermarket on Wednesday.

Danielle, 37, stopped at the shops for a magazine while out and about in Birmingham.

She was dressed comfortably for the trip, wearing a black top and leggings under a grey bomber jacket.

Her baby will be the former Miss GB’s second with husband Michael O’Neill who she shares son Ronnie, three, with. The model is also mum to sons Archie, 10, Harry, nine, and George, seven, with her footballer ex-husband Jamie O’Hara.

Danielle has spoke in the past about how much she wants a daughter so she can have the same close relationship that she has with her own mum.

Speaking on Good Morning Britain, she added: ‘I think girls are so much closer to their mums. The boys grow up and leave home.

‘I don’t mind if she’s a tomboy, it’s just that thing of having a girl. Girls are so much closer to their mums than boys. Boys are when they’re young but then they all go off and leave home.’

The mum-of-four previously shared that she planned to undergo gender selection and as the process is illegal in the UK, she and Michael had planned to fly out to the US and Dubai after researching clinics in both locations for the treatment.

However when the pandemic halted all travel Danielle turned to old wives’ tales and even a psychic to make sure she has a girl, and if her new baby is a boy she’s not going to give up.

The Big Brother star told Closer: ‘Michael is really hoping for a girl and the boys are desperate too – they’re convinced it’s a little sister. If it is, that little girl is going to have an army of protective big brothers throughout her life!

‘I can’t wait to become a family of seven. I know there’s a risk it’ll be another boy though – having five boys would be totally mad! But, of course, the main thing I want is for the baby to be healthy. And if it’s not a girl – we’ll just try again after!’