Delilah Hamlin and Eyal Booker showed off their sultry chemistry in a bedroom photoshoot with ‘PAPER’ magazine! The couple, who touched tongues in one shot, put on a PDA show for the camera.

Delilah Belle Hamlin and boyfriend Eyal Booker took their romance to PAPER magazine for a sexy, new shoot — and we can’t get enough of the intimate photos! The couple cozied up in a home setting, among other locations, including in a car and in the street. In addition to the PDA shoot, Delilah, 22, and Eyal, 25, got intimate during a conversation that involved quizzing one another about their “deepest fears, desires and ambitions.” 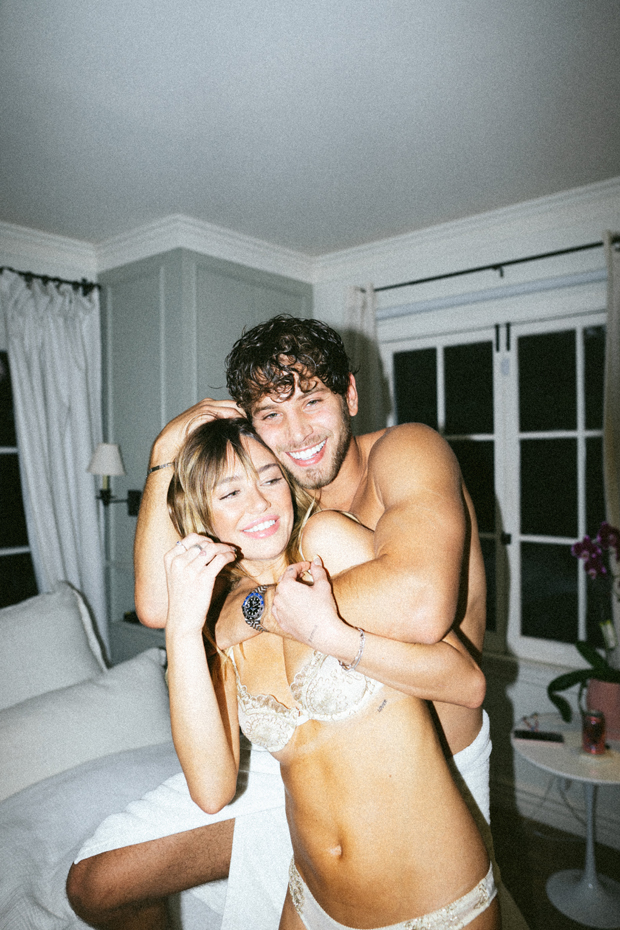 “What would you tell yourself a year ago today?”, Eyal asked, to which Delilah answered, “I would tell myself that everything works out.” She recalled, “At the beginning of COVID, I thought I wouldn’t see Eyal for so long that it would break our relationship considering he was in [his native] London and I was [at home] in LA. I’d tell myself we will be stronger than ever,” Delilah explained, adding, “I’d also tell myself to keep pushing your music because you’re going to have an amazing song coming out soon.”

The couple, who first started talking via “a DM slide,” (PAPER noted), finally met when the Love Island star flew to California where Delilah lives. The pair then spent Coachella 2019 together, and the rest is history. 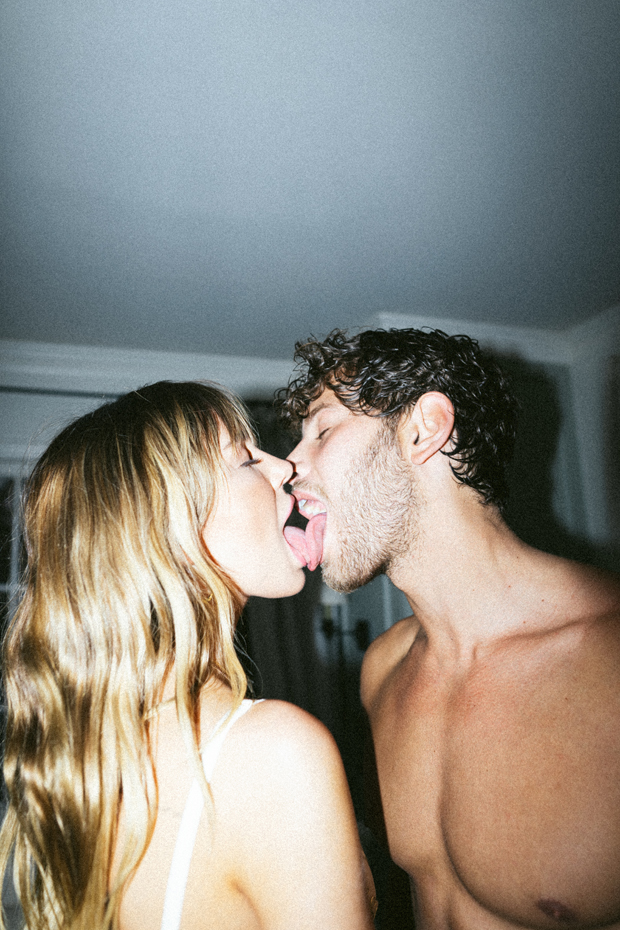 The model, 22 — who showed off her amazing figure in a white lace bra and matching underwear set — got real about the industry and living up to her own expectations. “I’m still trying to prove that I’m good enough,” she told her boyfriend, explaining, “Sometimes rejection in business makes me feel as though I’m not enough, when deep down I really know I am.”

When asked, “What are you more afraid of: Success or failure?”, Delilah chose the latter. “I’m more afraid of failure because I feel like in the modeling industry I’ve gotten a taste of it,” she said. “When you get turned down for jobs you feel as though you’re not good enough, which led me to believe I failed. I’ve realized now that that is just part of the job, though,” she continued, admitting, “I’m also afraid to put my music out because I’m afraid if I fail at my main passion then what else would I do?” 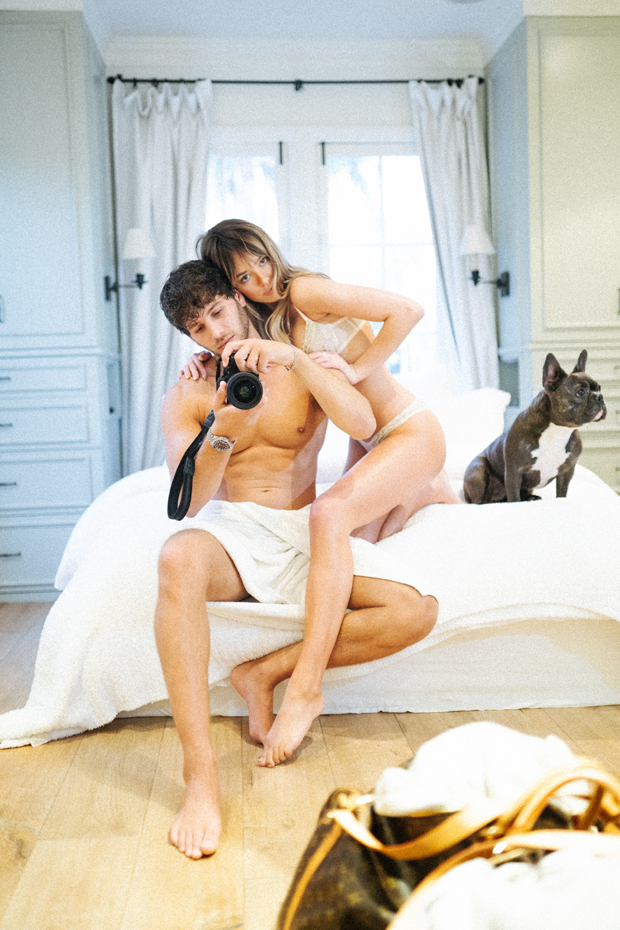 As Delilah continues to navigate her modeling career, along with the extra spotlight that comes with being Lisa Rinna‘s and Harry Hamlin‘s daughter, she’s also focused on digging deep within herself. “[I’m still trying to understand] my mental health. I’m still trying to navigate it, and make sure I’m happy and mentally stable and healthy,” she said. “I’m still learning how to decompress and get control over my anxiety.” 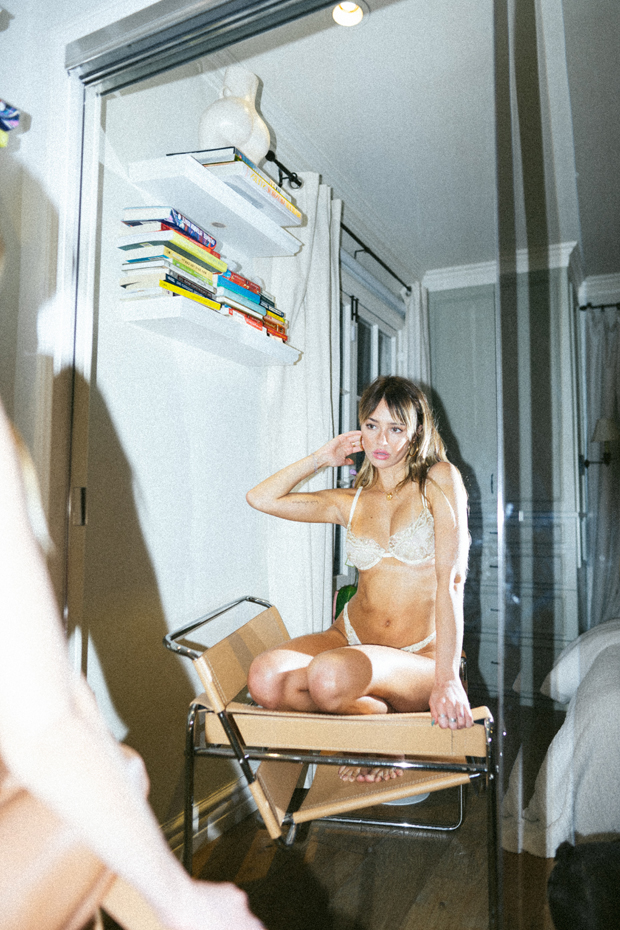 Delilah and Eyal’s new shoot was published just four days after the couple enjoyed a cozy Valentine’s Day together on the beach in Santa Monica. They were photographed cuddling in the sand as they watched the sunrise.