In a new interview on The Ellen DeGeneres Show, Demi Lovato got extremely candid about her 2018 relapse, after six years of sobriety, and how she battled her eating disorder while struggling with toxic people in her orbit. The interview aired on Thursday, March 5.

She started by opening up about her eating disorder, which she describes as her “primary problem.” In this first video, below, she tells a story about how her own team—whom she no longer works with—would control her food by removing fruit from her hotel rooms and keeping her from eating cake on her own birthday.

“My life, I just felt like it was so—and I hate to use this word—but I felt like it was controlled by so many people around me,” the pop star told host Ellen DeGeneres. “If I was in my hotel room at night, they’d take the phone out of my room so I couldn’t call room service.”

Lovato then went even deeper on relapsing and getting sober. “I have to preface it with the fact that I got sober at 19. So I got sober at an age where I wasn’t even legally allowed to drink,” Lovato began. “I got the help that I needed at the time, and I took on the approach of a one-size-fits-all solution, which is sobriety, just sobriety. My whole team took that approach, and we did it, and we ran with it, and it worked for a long time.”

Again, Lovato stressed how much control her own team believed they were entitled to. “Over the years, it progressively got worse and worse, with people checking what my orders at Starbucks were on my bank statements,” she continued. “Just little things like that, it led me to being really, really unhappy. My bulimia got really bad, and I asked for help, and I didn’t receive the help that I needed. And so I was stuck in this unhappy position. And here I am sober, and I’m thinking to myself, ‘I’m six years sober, but I’m miserable. I’m even more miserable than I was when I was drinking. Why am I sober?’” 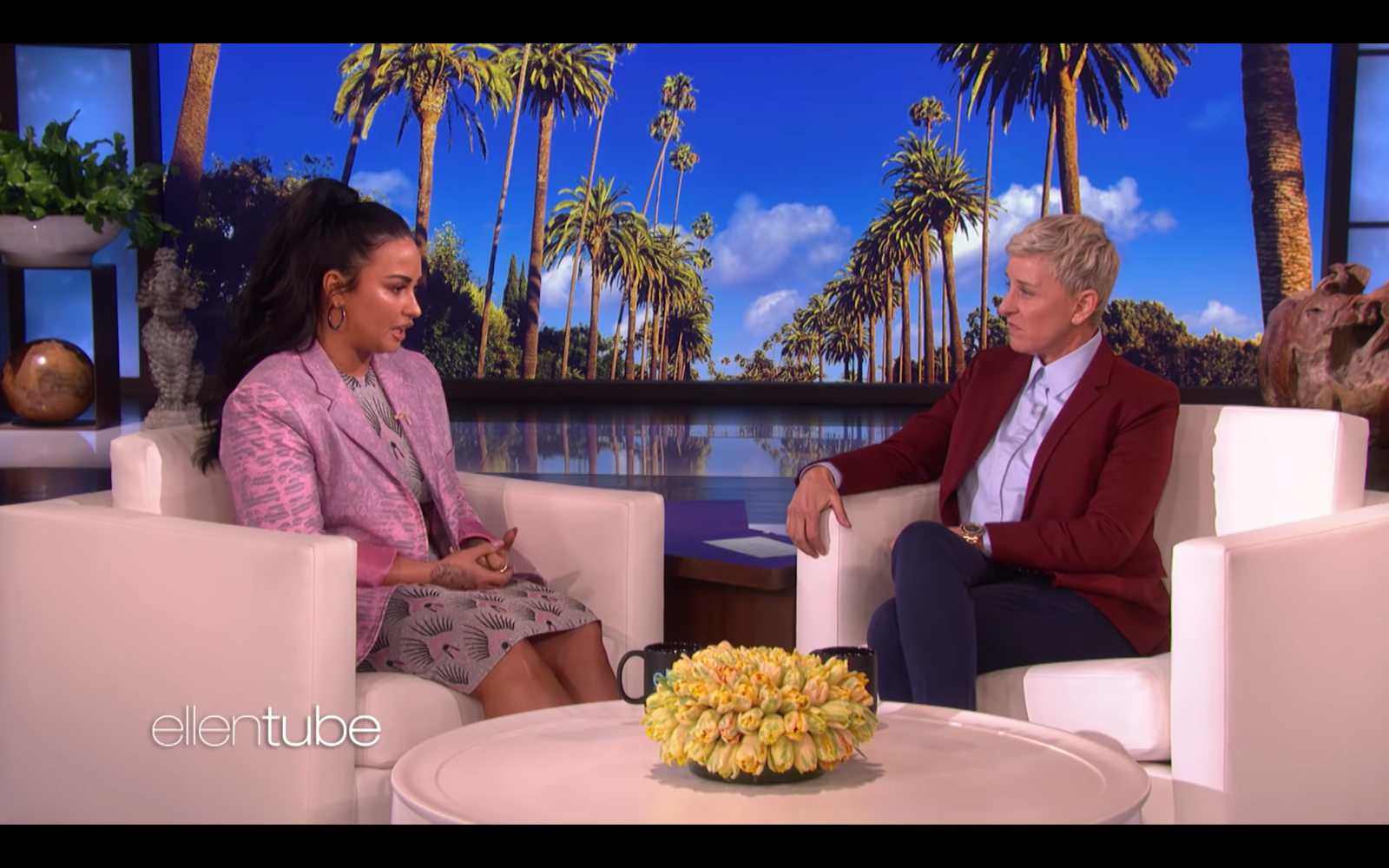 Lovato recalls her team telling her that she would be “selfish” and “ruin things” if she started drinking again. “When I heard that—my core issues are abandonment from my birth father as a child. He was an addict, alcoholic. We had to leave him, and I have vivid memories of him leaving,” she said. “So when they left, they totally played on that fear, and I felt completely abandoned. So I drank. And that night I went to a party, and there was other stuff there. And it was only three months before I ended up at the hospital with an OD.”

Demi Lovato ultimately has herself to thank for her recovery. “I made the decisions that got me into where I am today. It was my actions that put me in the position that I’m in,” she said. “I think it’s important that I sit here on this stage and tell you at home or you in the audience or you right here that if you do go through this, you yourself can get through it. You can get to the other side, and it may be bumpy, but you are a 10 out of 10. Don’t forget it. As long as you take the responsibility, you can move past it and learn to love yourself the way you deserve to be loved.” Watch the full interview here.