Many celebrity friendships stand the test of time. Some began as co-stars, like Friends actors Courteney Cox and Jennifer Aniston. Others, like Jon Hamm and Paul Rudd, met before becoming actors. Did Julianne Hough and Nina Dobrev meet before or after becoming famous?

Julianne Hough worked on ‘Dancing with the Stars’

Hough grew up competitively dancing. In 2007, she was cast as a dancer in Dancing with the Stars, a role she stayed in from seasons 4 through 8. She won during her first two seasons, becoming the youngest dancer on the program to take home the mirrorball trophy. Hough has returned a handful of times over the years as a judge.

In addition to DWTS, Hough pursued music and acting careers. Her 2008 self-titled debut brought mixed reviews but charted on the Billboard 200. Additionally, she’s appeared in films such as Rock of Ages, Safe Haven, and Dirty Grandpa. Hough also starred in the 2016 TV special Grease: Live as Sandy.

Dobrev began acting as a child growing up in Canada. She portrayed Mia Jones in the popular teen drama Degrassi: The Next Generation starting in 2006, exiting after just two seasons as a central cast member. Dobrev also made a few minor movie appearances during this time.

The actor left Degrassi for a good reason: She landed another, bigger gig. Dobrev starred in the CW supernatural drama The Vampire Diaries beginning in 2009. After leaving the show with season 6, she worked on several more films and even landed her first sitcom, the short-lived Fam, on CBS.

They met via a mutual friend 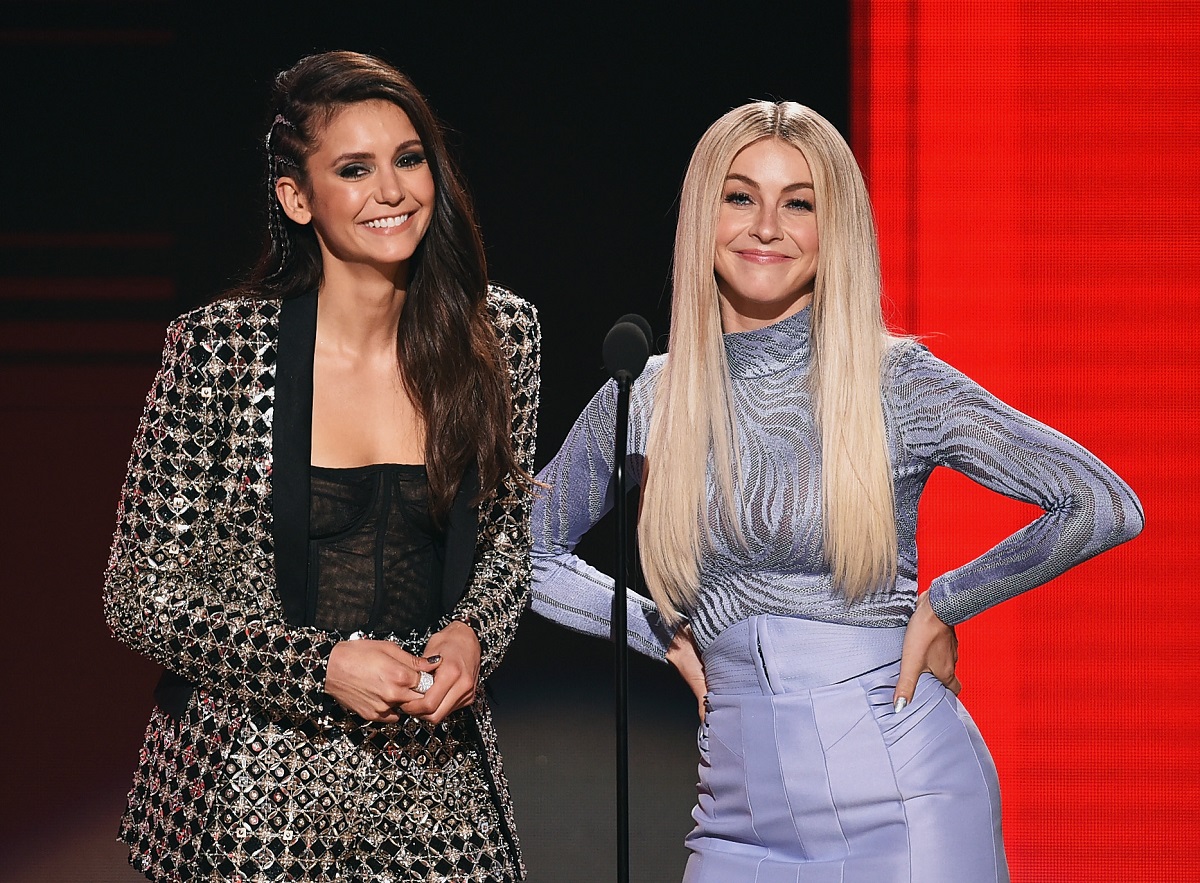 Hough and Dobrev met after the former’s DWTS days and the height of the latter’s TVD stardom via their hairstylist and friend, Riawna Capri. “Julianne and I were both going through life crises at the time, and we were using that mutual friend as a free therapist, kind of,” Dobrev said on The Drew Barrymore Show in May 2021.

The actor continued. “It got to a degree where she was so sick of hearing about our problems that were very similar that she was like, ‘OK, I’m going to put you guys together, and you guys can use each other for therapy, and I can remove myself. I feel like you’ll be best friends.’ And she was right,” Dobrev finished.

From Lakers games to award shows, and from premieres to the Met Gala, Hough and Dobrev have spent a lot of time together in public over the years. They also frequently share photos of their joint vacations, including snowboarding with Dobrev’s boyfriend, Shaun White. Now, they’ve started a business together.

“I never knew how much hard work and FUN it would be to start a business,” Dobrev wrote on Instagram. “Doing it with my best friend was the best decision I could have made. Sharing this chapter with @juleshough makes the difficult days a breeze and the highs that much HIGHER.”

Related posts:
May 31, 2021 Celebrities Comments Off on Did Julianne Hough and Nina Dobrev Meet Before They Were Famous?
Celebrity News:
Kim Kardashians Daughter Chicago Gets Caught Trying To Sneak Off With Mommys Designer Bags
Britney Spears wants freedom: What is conservatorship? Why would someone need a conservator?
Snooki Sounds Off on Angelina Pivarnick & Chris Larangeira: Theyre So Messed Up!
Courteney Cox Struggled With Long-Distance Relationship, Ruled Out Zoom Intimacy
President Trump Challenges Election Results, Targets PA's Mail-in Ballots
Recent Posts