I’ve seen a lot of celeb breakup announcements and I have to say Dixie D’Amelio’s tweet about her Noah Beck breakup has got to be the chillest. On Nov. 2, a week after the couple of one month first publicly declared their love for one another, D’Amelio simply wrote in a since-deleted-tweet, "im single lol :)." That’s it. That was the whole breakup announcement.

Per E! News’ coverage, D’Amelio reportedly followed her since-deleted tweet up by posting a selfie of herself with Beck and Bryce Hall alongside the caption, "check out @BryceHall video on wednesday lmaooo." That tweet has also since been deleted.

I mean, I don’t know about you, but I have a lot of questions. Like, for starters, why did she delete them? Did they break up for a second then get back together, causing her to quickly delete her announcement? Was the breakup announcement just a joke that she deleted once she realized people were taking it too seriously?? Will I finally find all the answers to these questions when Hall posts his video on Wednesday? Is Hall going to post a video on Wednesday? Was that a real thing? Ugh, so many questions!

If D’Amelio and Beck really did break up, the split would be extremely out of the blue. Just last week, on Oct. 26, the pair celebrated their one-month anniversary. “Happy 1 month bub.. i love you<3 @dixiedamelio #doah," Beck wrote alongside a picture of himself and D’Amelio rocking masks in a car. 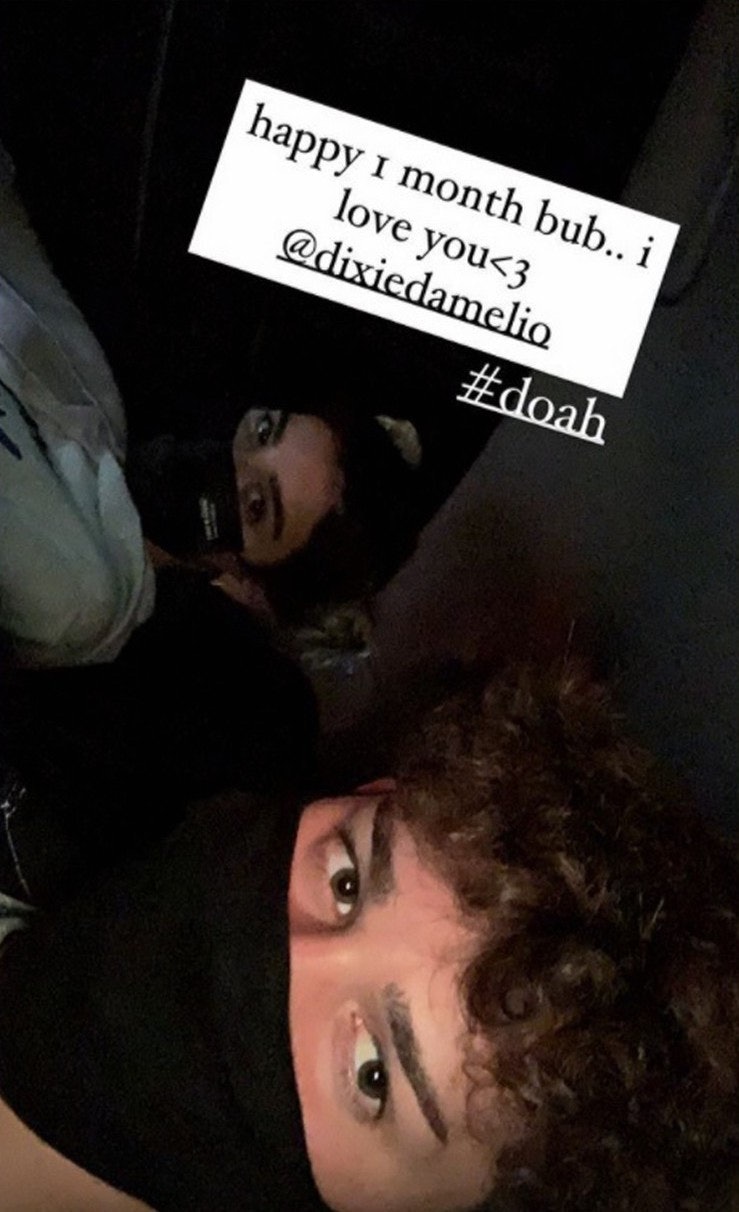 Oh, and, yes. That was the first time Beck publicly admitted to loving D’Amelio. And the feeling was apparently mutual.

Earlier that same day, D’Amelio admitted she loved Beck during an episode of her YouTube show The Dixie D’Amelio Show, during which she interviewed Jaden Hossler. Her revelation came once the tables turned and Hossler got the chance to ask her a few questions.

He began, “Now onto who she loves,Noah!”

To that, D’Amelio simply turned bright red and giggled. Hossler pressed, “Is that something that we can say? That you love Noah?”

And, with that, their love was public.

Related posts:
November 3, 2020 Celebrities Comments Off on Did Noah Beck & Dixie D’Amelio Break Up? She Clarified Her "I’m Single" Tweet
Celebrity News:
Jenny Slatten and Sumit Singh: We’re STILL Not Married! The Clock is Ticking!
‘Zombies’ Star Milo Manheim To Guest Star On ‘The Connors’ Tonight!
Montana Brown pays tribute to late pal Mike Thalassitis on what would have been his 28th birthday
Like Cats and Dogs! Spencer and Stephanie Pratt's Sibling Drama Timeline
The Queen Sent President Biden a Private Note Ahead of the Inauguration
Recent Posts
This website uses cookies to improve your user experience and to provide you with advertisements that are relevant to your interests. By continuing to browse the site you are agreeing to our use of cookies.Ok