This Morning presenter Eamonn Holmes, 60, was really feeling the heat last night as temperatures soared in the UK. On Thursday, we were looking at a whopping 33 degree scorcher in some parts of the country and when the sun went down, it didn’t cool off as much as we hoped.

Hot and Steamy Night…. Good luck with some shut eye everyone

Tossing and turning, the breakfast show presenter couldn’t hack it anymore and took to Twitter to vent his frustrations while wishing others luck with getting some sleep.

“Hot and Steamy Night….” he wrote, alongside some sweating emojis.

“Good luck with some shut eye everyone!”

His racy choice of words saw an influx of cheeky comments from fans of the ITV host, who were also in the same position. 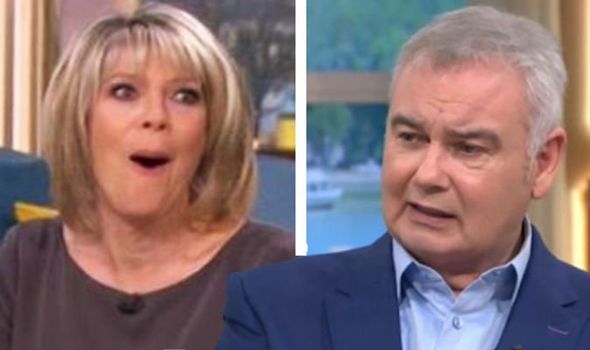 A second laughed: “Nothing hot and steamy happening in my house. Just sleep, or not as it seems.”

A fourth urged Ruth to let her hubby sleep: “Ruth … leave him be, you both have work tomorrow!”

Someone else labelled him a “dirty minx” for his choice of language that could be open to misinterpretation – if Eamonn was open to sharing such things on social media of course. 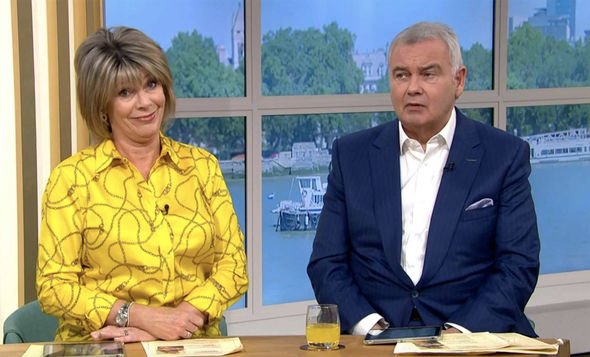 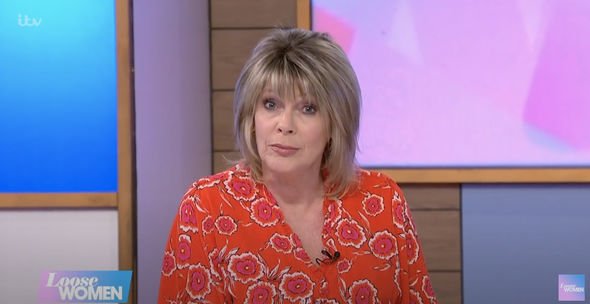 Others however, understood from the get-go he was talking about the temperature with some suggesting buying a fan and detailing their own experiences with the stifling heat.

But Eamonn’s little slur wasn’t the first racy comment made by the married couple on Thursday.

His wife and Loose Women panelist Ruth, shocked her fellow ITV presenters on yesterday’s show after confessing she enjoys living life on the wild side every now and again.

Her co-star Stacey Solomon was left distraught after Ruth admitted she likes to go skinny dipping, the colloquial term for nude swimming.

“I like skinny dipping!” she grinned as Stacey looked taken aback.

The stark admission came after Ruth touched upon The Voice presenter Emma Willis’ awful skinny-dipping experience, that left her covered in bug bites.

But while the horrifying thought resonated in the panel’s minds, Ruth brushed it off.

The This Morning presenter explained that she liked the freedom of it all, dreaming of laying beside a pool in a private villa so she can bare all.

“I can’t even imagine,” Stacey put her head in her hands.

When Ruth asked if she’d ever do the deed when no one else was around, she still couldn’t get on board with the risqué idea.

And while Stacey’s imagination was wondering afar, Ruth wanted to clarify that when she does take the plunge she does it with grace.

“I slip gracefully into the pool and then I swim naked,” she giggled as her co-stars roared with laughter.

It seems today was quite the day for cheeky one-liners!

Related posts:
June 26, 2020 Celebrities Comments Off on Eamonn Holmes warned to ‘behave’ by fans after surprise ‘hot and steamy night’ admission
Celebrity News:
Chrissy Teigen Just Took 1 of Julia Child's Most Famous Dishes to Another Level
New York Dolls Guitarist Sylvain Sylvain Dead At 69
Jordyn Woods Seeks Prayers for BF Karl-Anthony Towns Amid COVID Diagnosis
Khloé Kardashian Needs to Break Up With FaceTune — Especially When She Isn't Using It On Her Face
The Real Reason Trump Met With MyPillow Guy Mike Lindell Again
Recent Posts
This website uses cookies to improve your user experience and to provide you with advertisements that are relevant to your interests. By continuing to browse the site you are agreeing to our use of cookies.Ok