It’s been a quarter-century since the O.J. Simpson murder trial captivated the entire country. Despite the longevity since then, however, it remains on the minds of so many Americans. One of the most infamous aspects of the whole trial had to do with the glove found at the scene of the double-murder. With Simpson’s side successfully convincing the jury that the glove was not his, several theories remain in play regarding how he got away with the alleged murders. 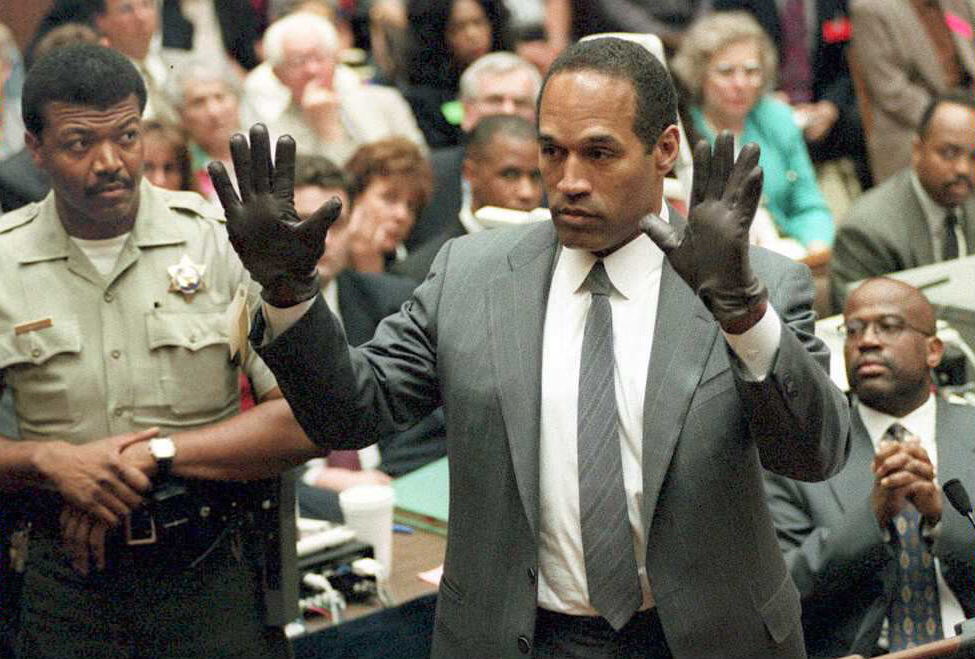 There was a time when OJ Simpson was one of the most beloved public figures in America. From his early days at USC to his NFL career, Simpson became bigger than a celebrity. He was an entertainer, a brand spokesperson, and somebody people looked up to as a tribute to the American dream, according to Business Insider. All of that changed when his wife, Nicole, and her friend, Ron Goldman, were murdered.

From the Bronco chase that ensued after Simpson was accused of the murders to the media circus around the trial, few things ever reached the Simpson trial’s magnitude. It was a perfect encapsulation of race issues, media, and the power of public perception. In the eyes of many, the case was the prosecutions to lose, and they did just that.

There were several flaws in the prosecution’s argument, but the trial’s most infamous aspect might have to do with the bloody glove. When Simpson showed that the glove didn’t fit, lawyer Johnny Cochran famously said they “must acquit.” The jury did just that, and one of the most polarizing moments in American history ensued.

Years later, the trial is still a hot button subject. However, with the case of the glove, several people have posited new theories about how it could have happened.

Did the glove shrink?

The glove was covered in blood. According to the prosecution, that blood seeped into the fibers of the leather and shrunk it, thus explaining why Simpson’s hand did not fit inside. However, without definitive proof that this was the case, the gloves were never going to go in the prosecution’s favor. Marcia Clark famously opposed using the gloves at all.

“I did not want [Simpson] to try on the evidence gloves. I never did,” Clark told Dateline NBC (per Law and Crime). “That was [Darden’s] call. … I was miserable from the moment that Chris said, ‘No, I’m doing this.’ And I never expected anything good to come of it.”

Whatever the case, be it the months that they sat in the evidence bin to blood warping the way they were made, the gloves became a death knell for the prosecution’s case. As the years went by, however, more theories explained what could have happened with the gloves.

Why didn’t the gloves fit?

There are several interesting questions surround the gloves. Brown may have purchased them, but how the murderer got them is anybody’s guess. When Simpson willingly tried to put the glove on, they were obviously too small. On top of that, he was wearing latex gloves that could have caused some friction and made the leather ones impossible to wear, KSAT reports.

Furthermore, the gloves were found outside, where the elements could have impacted the integrity of their design. One of the more compelling theories, however, had to do with OJ’s hands. Many have theorized that the Hall of Famer purposely put his hands in a position where they wouldn’t fit. However, in ESPN’s documentary OJ Simpson: Made in America, Simpson’s agent said that he stopped taking arthritis medications with hopes that the swelling would make the gloves too small.

From tampering with the gloves to beliefs that they absolve Simpson, the theories are still coming in strong years after the trial. Now, OJ is a free man who still maintains his innocence. The impact that his murder trial had, however, may linger on for many years to come.

Related posts:
October 1, 2020 Celebrities Comments Off on Every Possible Reason Why O.J. Simpson's Glove Didn't Fit at Trial
Celebrity News:
‘Avengers’ Male Cast Defends Chris Pratt Over ‘Worst Hollywood Chris’ Label, but It Backfires
Dax Shepard Covers His Face With His Shirt While Getting Food Delivered
Scott Disick Hilariously Pokes Fun At Kourtney Kardashian's Use Of WAP Lyrics On Instagram!
Ina Garten Reveals What's 'Really Impressive' To Her at Dinner Parties
Jacqueline Jossa has a secret tattoo that was inked by husband Dan Osborne
Recent Posts
This website uses cookies to improve your user experience and to provide you with advertisements that are relevant to your interests. By continuing to browse the site you are agreeing to our use of cookies.Ok