It’s a parade of presidents for Queen Elizabeth II. She has seen several U.S. presidents in her lifetime, and now, it’s time to add Joe Biden to the list. According to Express, Biden will meet the queen during his visit to the U.K. for the G7 summit, which starts on June 11. Press Secretary Jen Psaki revealed the news to reporters earlier in June, saying that “they issued, of course, a graceful invitation,” which the president accepted. “He’s looking forward to seeing her with Dr. Biden as well,” added Psaki.

Biden’s visit to the U.K. is his first overseas trip since he took office on January 20, 2021. According to People, Buckingham Palace confirmed details about the visit, saying that the Bidens will be welcomed in the castle’s Quadrangle and will be given a royal salute by the queen’s Guard of Honor. The palace also confirmed that the U.S. national anthem will be played at the royal welcome ceremony. Following the inspection of the Guard of Honor, the president and first lady will watch the march with the queen.

So, what makes the President’s meeting with the queen different and unique from the queen’s past meetings with former presidents? Here’s everything we have learned so far about Biden meeting the queen on June 13. 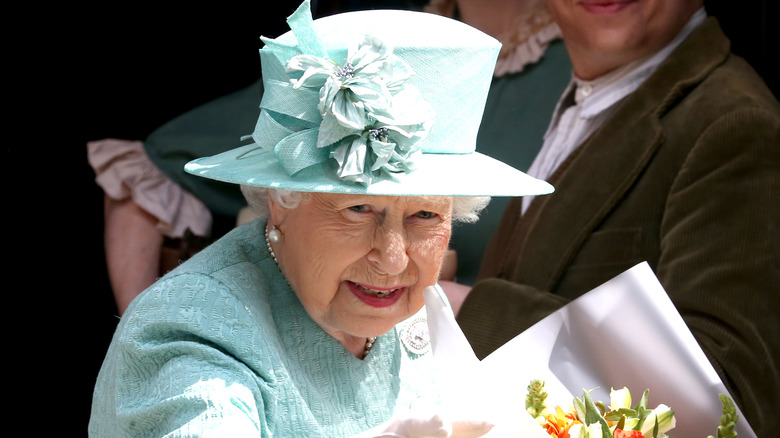 While this will be Joe Biden’s first meeting with Queen Elizabeth II as the president, it may not be the first time he’s been invited to tea. Per Express, the two may have met during Biden’s long career as a politician, including those eight years where he served as the vice president.

It’ll be a breather for the queen, too. Royal expert Richard Fitzwilliams told Express that the meeting will be a relief for the queen, as she won’t be dealing with the “unpredictability” of former president Donald Trump. “Given Donald Trump’s notorious unpredictability and the atrocious storming of the Capitol by a mob incited by him, she is likely to be personally relieved by Biden’s election victory,” Fitzwilliams said, adding that the queen will “undoubtedly appreciate the importance of America having a president with so much experience, especially during the unprecedented crisis of the COVID-19 pandemic.”

This is also the first time that the queen will have such a high-profile meeting after the death of her husband, Prince Philip, on April 9, 2021, just short of his 100th birthday. “She has an enormous amount of family support for her and will also take comfort from the enormity of the support from all over the world,” Charles Anson, the queen’s former press secretary, told People.

Related posts:
June 10, 2021 Celebrities Comments Off on Everything We Learned About Joe Biden’s Meeting With Queen Elizabeth
Celebrity News:
Zach and Tori Roloff: When Might They Leave Little People, Big World?
Princess Charlene will not return to Monaco for her tenth wedding anniversary
'Heroes': The Original Pilot Was 'Too Controversial' to Air
Kim Kardashians Daughter Chicago Gets Caught Trying To Sneak Off With Mommys Designer Bags
Britney Spears wants freedom: What is conservatorship? Why would someone need a conservator?
Recent Posts