Fern Britton, 62, has appeared to criticise This Morning for their lack of support when she struggled to do the school run while being surrounded by “intrusive photographers”. The presenter, who hosted the ITV show from 1999 to 2009, addressed the issue while thanking a kind stranger and Thames Valley Police for their help at the time.

It is unclear why Fern was in the headlines during this time, however, the star revealed she had a gastric band fitted in 2008, left her presenting role on This Morning in 2009 and then appeared on Strictly Come Dancing’s Christmas Special in 2010.

Fern was reminded of the situation when a Twitter user named Emma wrote to her saying: “This Morning has never been the same since you left. Gave you a lift home once from a school whilst I was working and you were lovely! Was glad to have helped you out x.”(sic)

The fan replied: “You didn’t deserve all the grief you got back then! You made our day tho x.”(sic) 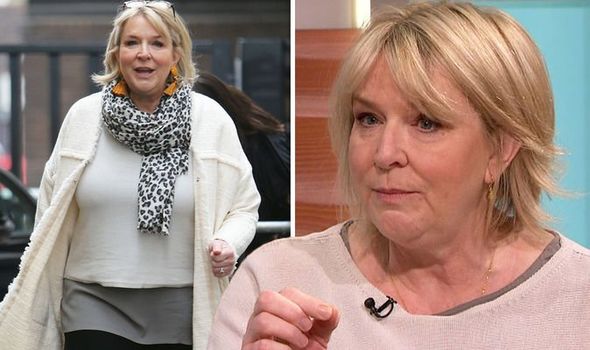 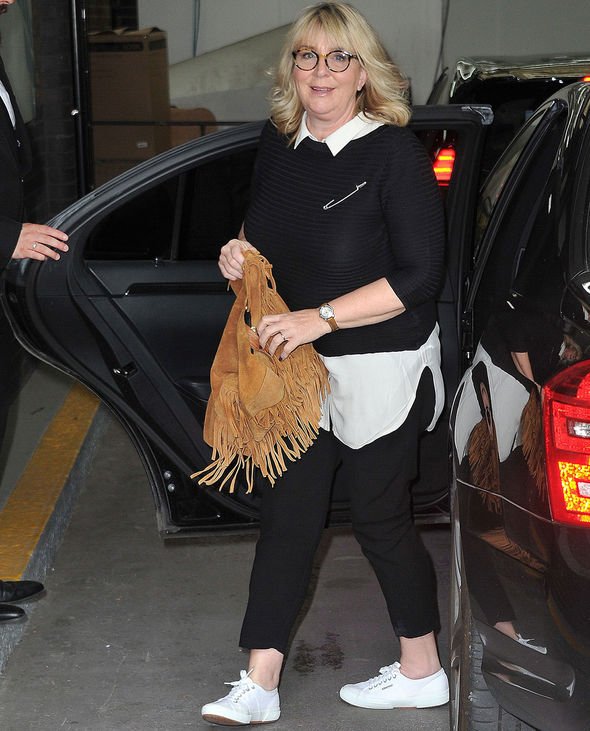 Fern then retweeted Emma’s comment in view of her 70,000 followers and added: “Emma helped me escape from intrusive photographers who had blocked my car in outside my children’s school as I did the school run.

“I jumped into her car, ducked behind her seat and asked her to drive me home! The kindness of strangers! 10 years on I can thank her publicly.”

Fern added in another post that she had “no help from work” with the problem.

She explained while showing her gratitude for the police: “I thank @ThamesVP too who would escort me every Friday to get the girls to school warding off the dreaded paps. 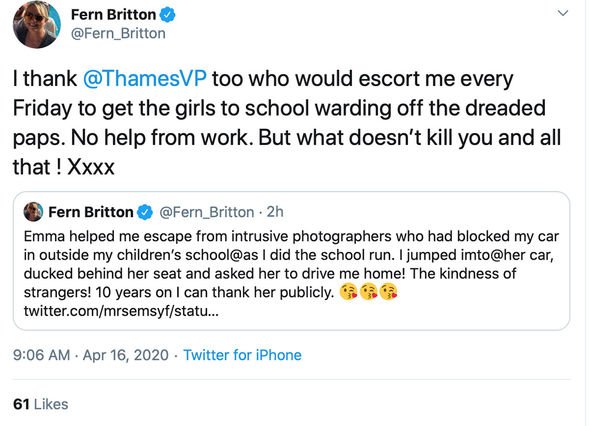 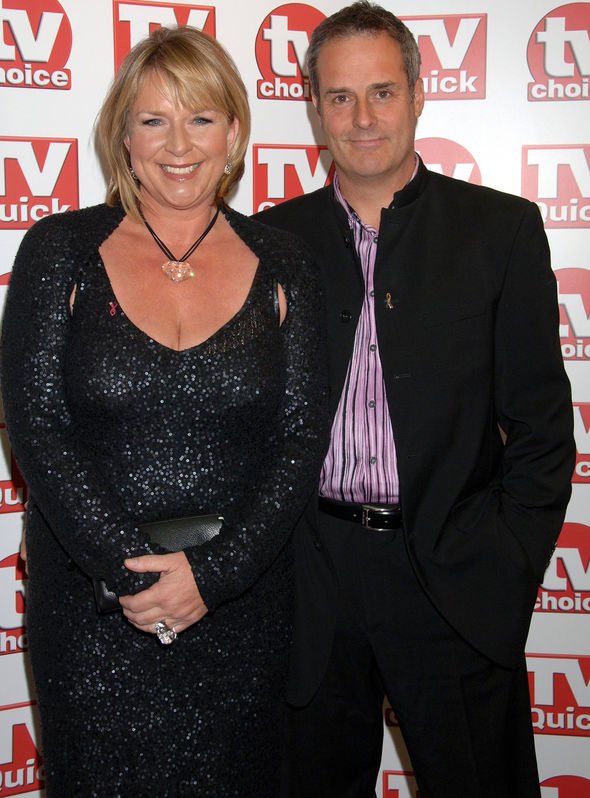 “No help from work. But what doesn’t kill you and all that! Xxxx.”

One person asked: “When was this, recently???”, to which Fern replied: “Ten years ago thankfully x.”

Another fan added: “Can only begin to imagine what that’s like!”

A third person commented: “Would you ever consider writing a book on your experience at This Morning? Would love to hear your side of everything.”

Express.co.uk has contacted a representative for This Morning for comment.

Elsewhere, Fern announced her separation from her husband Phil Vickery in January.

The former couple are parents to Winnie, 18, and Fern’s children from her previous marriage to Clive Jones – twins Jack and Harry, 26, and Grace, 23.

The pair shared a statement on social media confirming their split, which read: “After more that 20 happy years together, Phil and I have decided to go our separate ways.

“We will always share a great friendship and our lovely children.”

During a recent magazine interview, the newly-single star opened up about the split.

Fern told Woman and Home magazine that she and TV chef Phil were both doing “OK”.

She added: “We simply needed to follow our own paths.”

Related posts:
April 16, 2020 Celebrities Comments Off on Fern Britton reignites row with This Morning saying she got ‘no help’ during tricky time
Celebrity News:
Are Princess Beatrices recent events a way to distance herself from her father?
Hoda Kotbs absence from Today explained by Savannah Guthrie as well-known subs step in
The Chicks Postpone Shows As Natalie Maines Placed On Vocal Rest
Kim Kardashian Mocked Over Uncomfortable Office Chairs
Gloria Hunniford rushed to hospital after terrifying fall breaks her eye socket
Recent Posts