Florence Pugh has said she is “truly sorry” for appropriating cultures when she was younger, apologizing in a lengthy statement on Instagram.

The Little Women star said that in order to confront racism, “we have to look at ourselves and see how we were adding to this problem.” Pugh added that she was “uneducated” and “unread” at the time, and has learned to silence her “white fragility” to acknowledge her past mistakes.

In the post on social media, Pugh recounted discussing cultural appropriation for the first time with a friend when she was 18 after she had styled her hair into cornrows. She recalled being shocked to discover that the hairstyle had been banned at her friend’s school because of cultural appropriation.

To see change I must be part of the change.

“She [my friend] began to explain to me what cultural appropriation was, the history and heartbreak over how when black girls do it they’re mocked and judged, but when white girls do it, it’s only then perceived as cool,” Pugh wrote.

“It was true. I could see how black culture was being so obviously exploited. I was defensive and confused, white fragility coming out, plain and simple.” 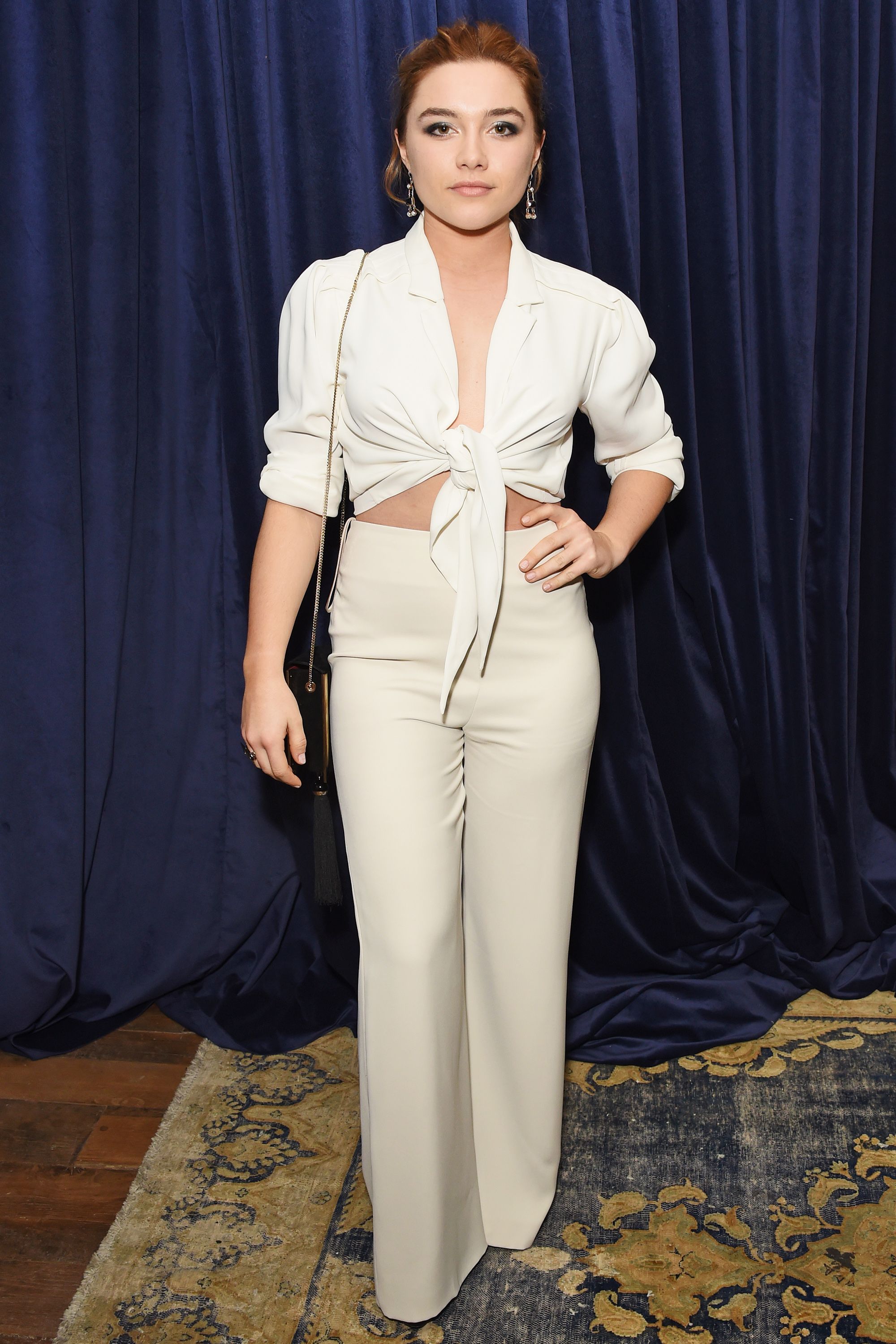 The actress also reflected on her former love of henna and wearing bindis as a child after an Indian shop owner began sharing her culture with her. “She was excited to share her culture and I was excited to learn,” the star continued.

But Pugh said she now understands how hennas, bindis, and other aspects of Indian culture have been cheapened and exploited for profit. “No one cared about the origin, a culture was being abused for profit,” she explained.

In the statement, Pugh later apologized for appropriating Rastafarian culture as a teenager, and added that her “white privilege” had blinded her to the harm and upset her actions may have caused. “I’m truly sorry to all of you that were offended for years or even just recently,” she concluded.

“I cannot dismiss the actions I bought into years ago, but I believe that we who were blind to such things must acknowledge them and recognize them as our faults, our ignorance and our white privilege, and I apologize profusely it took this long.”

Related posts:
June 27, 2020 Celebrities Comments Off on Florence Pugh Apologizes for Cultural Appropriation: “I Was Uneducated”
Celebrity News:
Thandie Newton Opens Up About Surviving Sexual Assault as a Teenager
Paris Jackson Confesses That She Did Try To Kill Herself In New ‘Unfiltered’ Episode
Kylie Jenner Claps Back After Fans Accuse Her of Snubbing Black Designer
Lucy Mecklenburgh stuns in summer dress as she goes shopping ahead of first date night since welcoming son Roman
Mary Trump's Tell-All Book: President Cheated on SATs, Commented on Niece's Breasts, Abandoned Brother on Deathbed
Recent Posts
This website uses cookies to improve your user experience and to provide you with advertisements that are relevant to your interests. By continuing to browse the site you are agreeing to our use of cookies.Ok