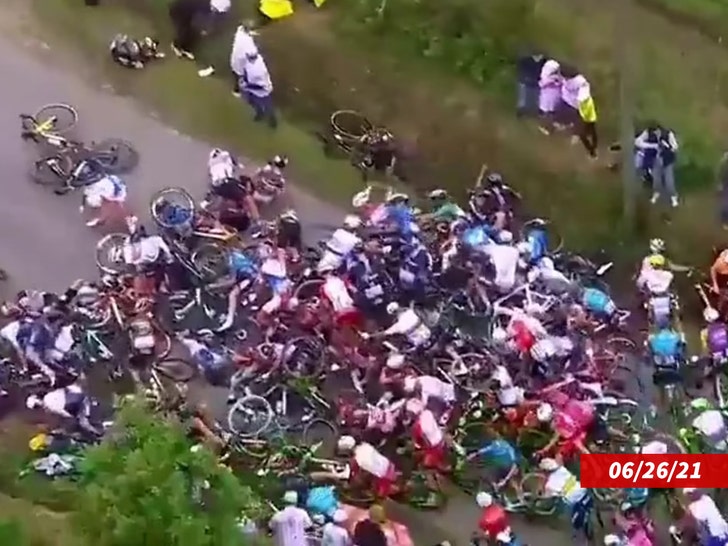 It seems that massive crash Saturday during the Tour de France might have been downright criminal … because French authorities are now on the case.

As we reported, a spectator with a cardboard sign was apparently mugging for the TV cameras when she got way too close to the racers … striking German rider Tony Martin who was at the front of the pack.

She stepped in front of the racing pack holding the sign, appearing to display a message for the television cameras.

The sign hit Martin who was cycling near the head of the pack. Martin tumbled to the ground, setting off a chain reaction as nearly 2 dozen other cyclists ate it. 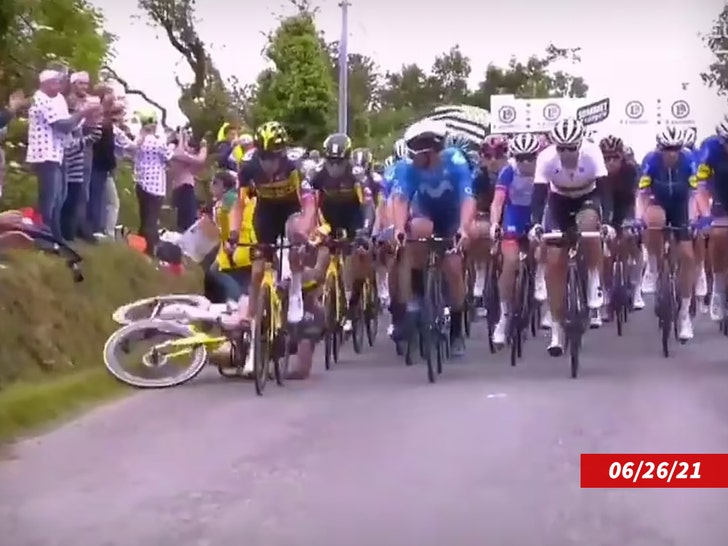 So now, law enforcement is on the hunt for the woman they say caused “unintentional injuries by manifestly deliberate violation of an obligation of safety or prudence.” Translation, recklessness.

Authorities are asking witnesses to come forward who can ID the woman — who quickly left the scene before investigators arrived.

Three riders had to drop out of the race after the crash.