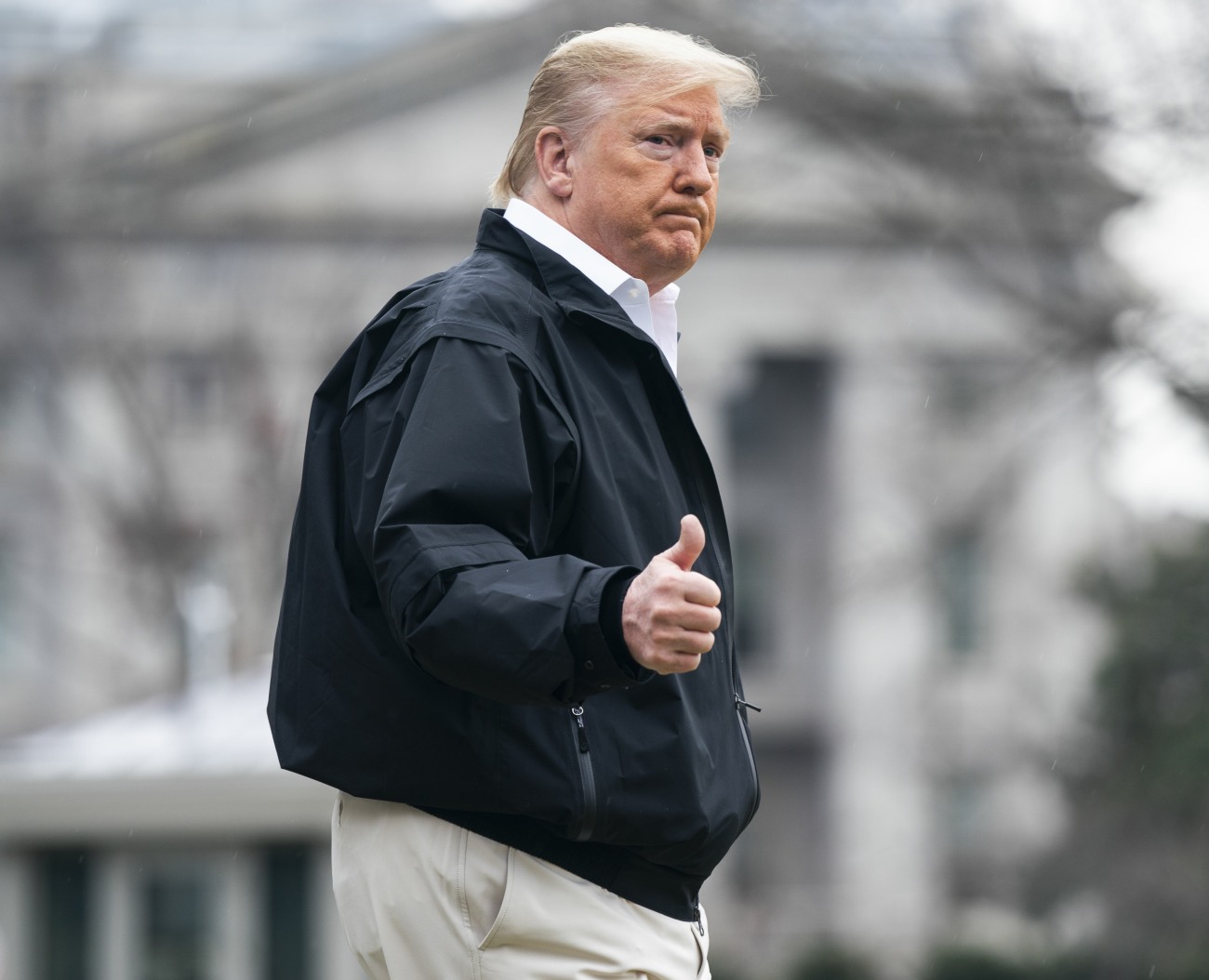 It’s really BAD here in America. America is the Bad Place. This country has been rotten for a while, basically ever since Donald Trump revealed the dark, fascist, racist underbelly and then the underbelly became the white supremacist face of the nation. After three-plus years of the Trump Show, no one believes anything said from any government official and no one did jack squat to check Trump’s treasonous shenanigans because “the economy is doing well.” This week, the stock market nosedived 2000-plus points (although international markets seem to be stabilizing today), mostly based on oil fears and the Trump administration’s response to the coronavirus. This will not get better. Trump will not stop screwing up about the coronavirus. Gabriel Sherman at Vanity Fair had a stark reminder of just how bad it is IN the White House.

He thinks the ‘rona is a PR war: “He is trying to control the narrative and he can’t,” a former West Wing official told me. The problem is that the crisis fits into his preexisting and deeply held worldview—that the media is always searching for a story to bring him down. Covid-19 is merely the latest instance, and he’s reacting in familiar ways. “So much FAKE NEWS!” Trump tweeted this morning. “He wants Justice to open investigations of the media for market manipulation,” a source close to the White House told me.

OMG did this really happen? Trump’s press conference on Friday at the CDC was a Trumpian classic, heavy on braggadocio and almost entirely lacking a sense of the seriousness of the crisis. “I like this stuff. I really get it,” Trump told reporters, his face partly hidden under a red “Keep America Great” hat. “People are surprised that I understand it. Every one of these doctors say, ‘How do you know so much about this?’ Maybe I have a natural ability. Maybe I should’ve done that instead of running for president.” At another point Trump compared the situation to the Ukraine shakedown. “The [coronavirus] tests are all perfect. Like the letter was perfect. The transcription was perfect,” he said.

Trump is starting to understand that he’s an idiot? But one person who spoke to the president over the weekend saw the press conference as an ominous sign. “He’s just now waking up to the fact that this is bad, and he doesn’t know how to respond.”

He’s terrified about getting the ‘rona too: As Trump pushes a nothing-to-see-here message in public, sources said he’s privately terrified about getting the virus. “Donald is a famous germaphobe. He hates it if someone is eating nachos and dips a chip back in after taking a bite. He calls them ‘double dippers,’” a prominent Republican said. Former Trump aide Sam Nunberg recalled Trump’s response to the last major outbreak in 2014. “When I worked for Trump, he was obsessed with Ebola,” Nunberg told me.

This conspiracy theory, OMG: Stories about Trump’s coronavirus fears have spread through the White House. Last week Trump told aides he’s afraid journalists will try to purposefully contract coronavirus to give it to him on Air Force One, a person close to the administration told me. The source also said Trump has asked the Secret Service to set up a screening program and bar anyone who has a cough from the White House grounds. “He’s definitely melting down over this,” the source said.

He won’t stop throwing Nazi rallies for himself either: But thus far Trump’s private concerns haven’t affected his public response. Pressure from the public health community is mounting on Trump to cancel his mass rallies, but Trump is pushing back. “He is going to resist until the very last minute,” a former West Wing official said. “He may take suggestions to stop shaking hands, but in terms of shutting stuff down, his position is: ‘No, I’m not going to do it.’”

Reader, I laughed. I laughed to keep from crying. I’ve actually been avoiding the f–k out of the national news and cable news because I know it will be full of this kind of crap, just an endless litany of lies from Trump and Trump’s people. But now at least I know that Trump wants to ban coughers from the White House and that he thinks a journalist will PURPOSEFULLY get coronavirus just to infect him. OMG. Also: Trump and Pence have been exposed at this point, right? There have been people around them, flying on Air Force One and attending their rallies or meetings, and those people are now in quarantine. Mess. 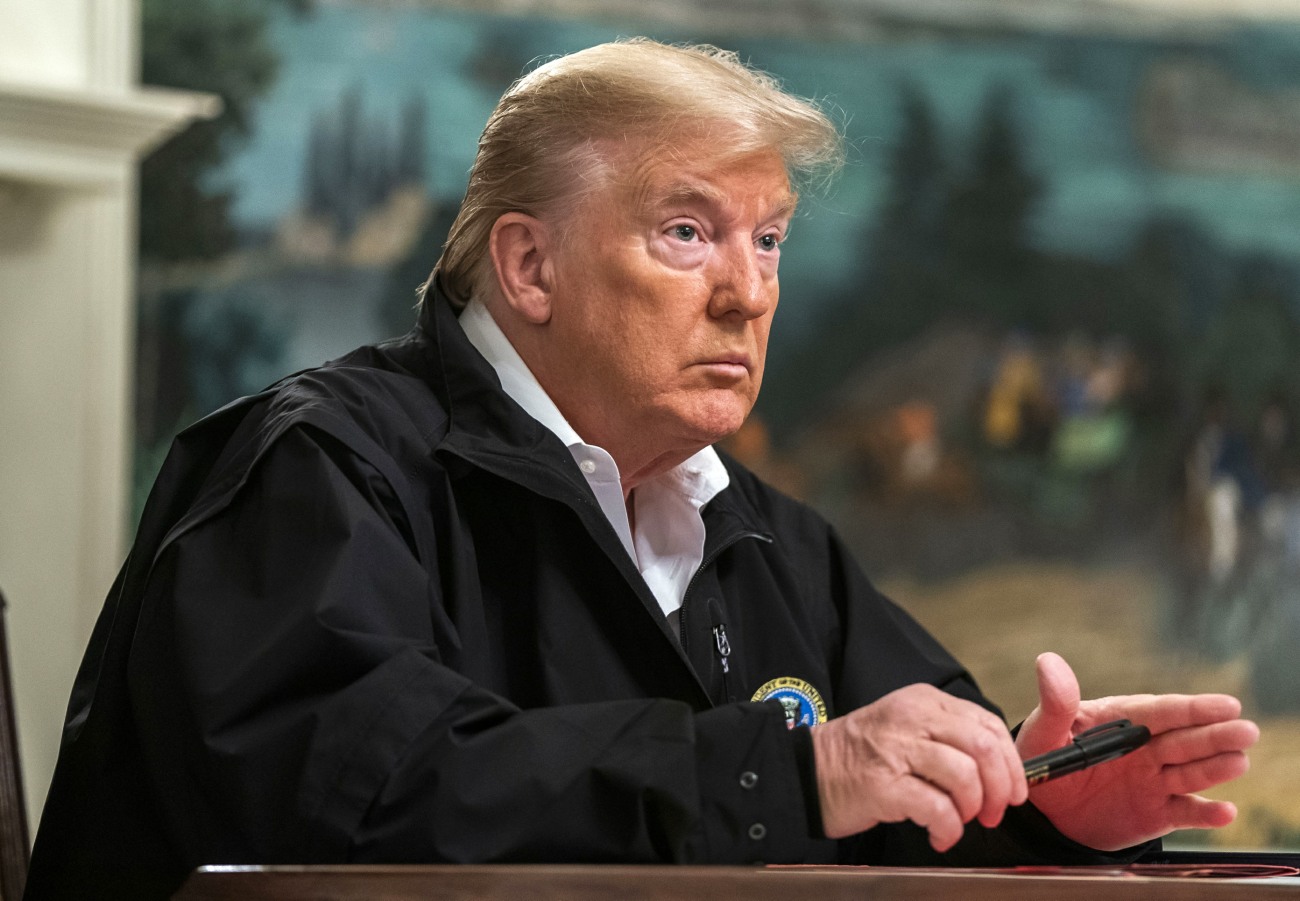