This Morning presenter Holly Willoughby, 38, was pictured going into a pub in London with her husband Dan Baldwin and their three children on Saturday. The mother-of-three has now revealed the spontaneous trip to the pub left her feeling “emotional”.

I walked in and had a bit of a well up

In a debate about the pubs reopening for the first time since lockdown measures eased, Holly said she had visited a pub because she noticed the “empty” garden during an outing.

She explained: “On Saturday, I went to the pub, I popped in for a drink.

“I had the kids with me, I wasn’t planning to, I was actually getting some flowers and I looked and saw there was a beer garden that was empty. 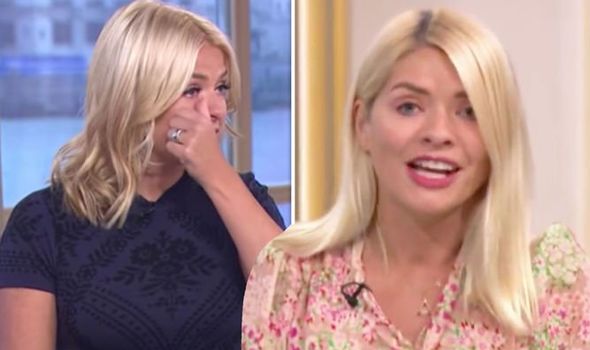 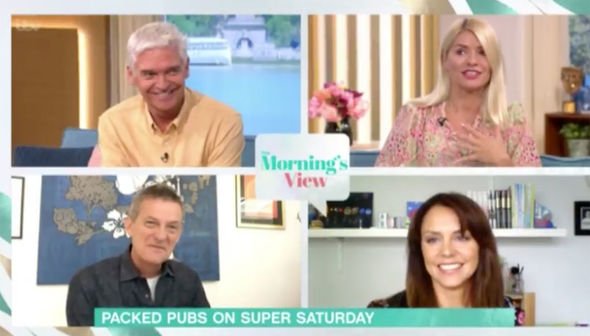 Holly’s co-star Phillip added: “It was quite emotional for you wasn’t it?”

Agreeing, she replied: “It was emotional, I walked in and had a bit of a well up, not because I’m so pleased to be back in a pub, but because it felt so normal.

“Those little signifying moments that things are returning back to normal is quite an emotional experience.”

Holly was pictured sporting casual attire as she stepped out with her family holding a bouquet flowers at the weekend. 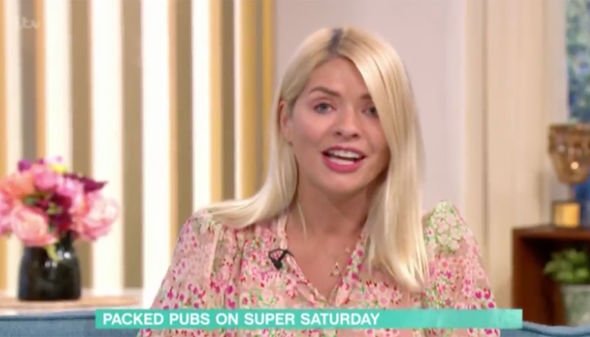 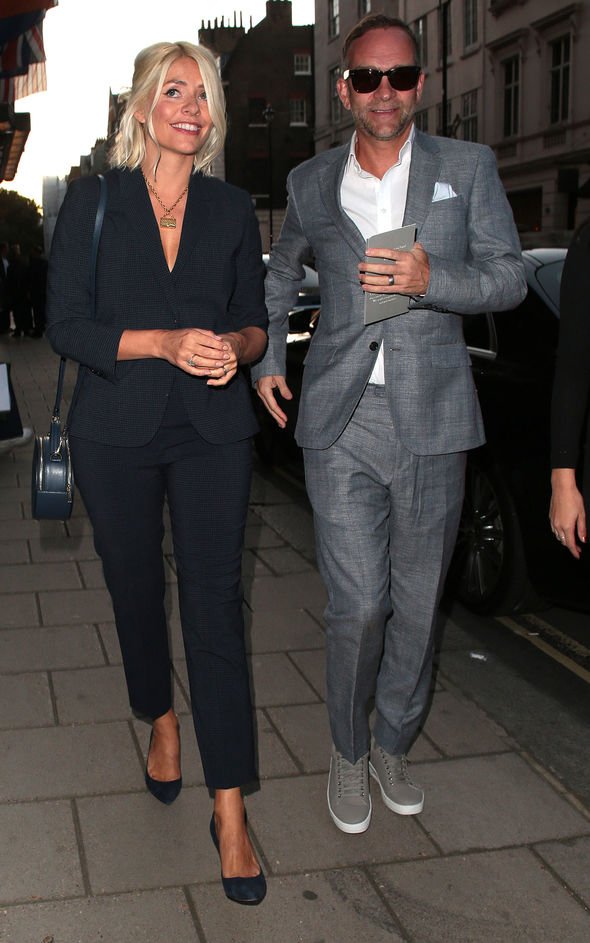 The blonde beauty kept her look low-key by wearing sunglasses and a jumper, jeans and trainers.

Upon entering the pub, she was seen applying to hand sanitiser to her hands.

The pair tied the knot in 2007 after meeting at work.

Away from her personal life, Holly and Phil have been keeping the nation entertained on This Morning throughout the coronavirus pandemic.

This Morning boss Martin Frizell recently described the show as the nation’s “comfort blanket” throughout the unprecedented time.

Speaking on the Media Masters podcast, he also detailed the changes he made in the studio in a bid to safely stay on air.

He said: “I’ve seen Holly in her wardrobe, which is empty now, steaming her own dress.

“They drive themselves into work, so just cutting down [on] contact with anyone. They put their own microphones on,” he added.

Martin went on to say the changes to the show had actually brought the team closer together.

“We’re more of a team now than we have ever been,” he added.

This Morning continues today at 10am on ITV.