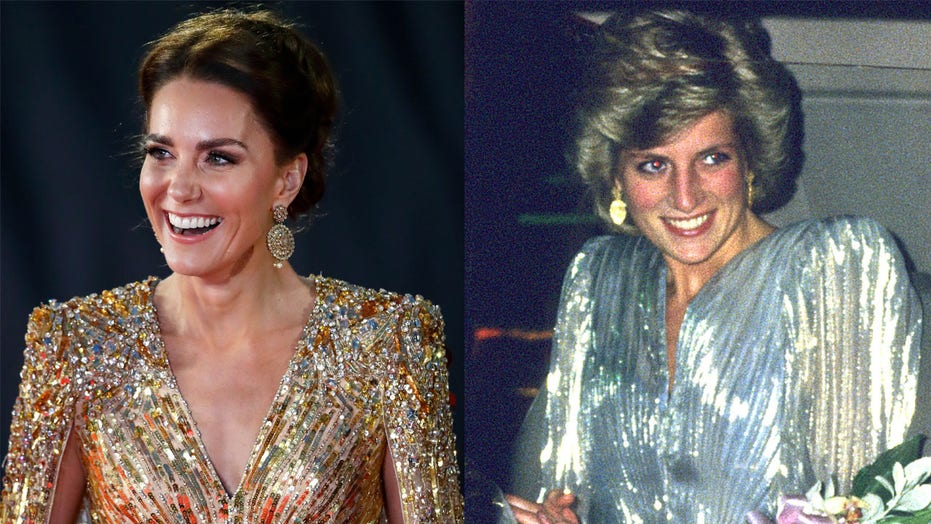 Kate Middleton made headlines on Tuesday for her stunning dress at the premiere of “No Time to Die,” and while the gown looked great in its own right, it followed a common trend of the Duchess’ by paying homage to a late royal.

Middleton, 39, has become known for occasionally channeling her late mother-in-law, Princess Diana, during public outings by subtly recreating some of Diana’s looks from red carpets, official royal business and the like.

Her getup for the premiere of the latest James Bond flick was no exception to the trend.

For the star-studded event, Middleton donned a golden Jenny Packham gown with a floor-length cape and detailing drawing the eye to the center of the dress. 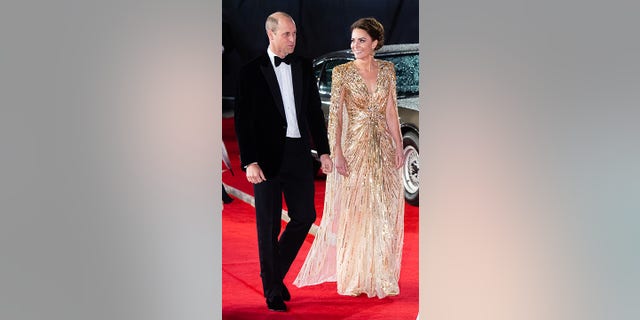 Prince William and Kate Middleton at the premiere of ‘No Time to Die.’ Middleton’s dress echoed one worn by William’s late mother Princess Diana at the 1985 premiere of ‘A View to a Kill.’
(Photo by Samir Hussein/WireImage)

She accessorized the ensemble with earrings from London-based company O’Nitaa and wore her hair in an intricate updo.

In 1985, Diana, who died when Middleton’s husband Prince William was just 15 years old, attended the premiere of another popular Bond flick: “A View to a Kill.” 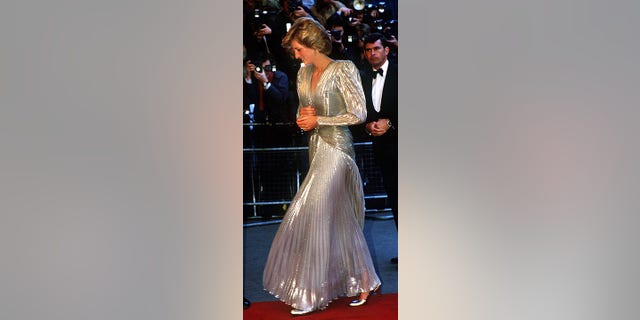 Princess Diana wore a shimmering silver gown with similar shaping to the 1985 premiere of another Bond flick, ‘A View to a Kill.’
(Photo by Jayne Fincher/Princess Diana Archive/Getty Images)

For her part, the late Princess wore a silver dress with similar detailing and shaping. Both dresses boasted likeness in their deep neckline, cinched waist, padded shoulders and shimmery colors.

Additionally, Diana had, at one point, worn a gold lamé dress similar to Middleton’s, per Us Weekly.

Middleton was joined at the premiere by William, 39, who wore a traditional black, velvet tuxedo. 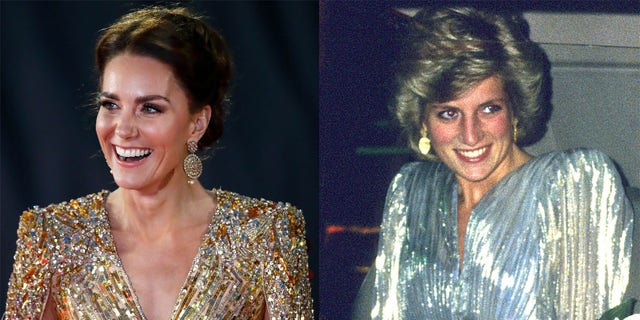 Joining the couple at the premiere were William’s father, Prince Charles, and his step-mother, Camilla, Duchess of Cornwall. She wore a light blue dress with sheer sleeves and beadwork.

The long-awaited event took place at London’s Royal Albert Hall and the film’s stars also stepped out for the special night.